The STARBUCKS Logo Is a Goddess of Fertility, Sexuality, and War | Say Hello to the Biblical Ashtoreth

MANY TO MOST CONSUMERS MAKE THE HONEST mistake of confusing the STARBUCKS logo for a mermaid. And to a degree I guess that’s slightly true. I saw a mermaid, or perhaps she’s a siren, for years. Actually, I seem to recall my twenty year-old self, straining my eyes at the logo, trying to make sense of it all.  The woman there-in is actually something, or more specifically someone, far worse. At the risk of sounding vulgar, mermaids don’t spread their flippers open when they invite you for intercourse. Then again, I’ve never met or dated a mermaid, so what do I know? And it’s not a siren either. The woman on your cup of coffee however, likely greeting guests in your church lobby, perhaps even being sipped upon by your church pastor at this very moment, is Astarte, the Mediterranean goddess of fertility, sexuality, and war.

It actually gets far worse.

Astarte shows up in Scripture often. And her name is Ashtoreth. .

Though initially a Canaanite and Phoenician goddess, the ancient Hebrews often indulged in the Mysteries of Ashtoreth, even going so far as to pervert the faith by assigning her as [YHWH]’s consort. Notice how the woman on the Starbucks logo is also wearing a crown? That’s because Ashtoreth, like Isis (or Mary, wink-wink), is the queen of heaven.

“They cried out to [YHWH] and said, ‘We have sinned because we have forsaken [YHWH] and have served the Baal’s and the Ashtaroth; but now deliver us from the hands of our enemies, and we will serve You’ (1 Samuel 12:10).”

Today, Christians still worship Ashtoreth. She’s everywhere. And come every December, they put up Ashtoreth poles in their household and line presents underneath. No wonder why Christianity, when bred with the often preferred flavors of paganism, is constantly a stumbling block to Judaism. We falsely claim the Apostle Paul was commanding us to disinherit YHWH’s eternal Law and then we ornament the faith with a devotion to the gods and goddesses.

As many of you know, and this was a central theme to my book WORTHLESS MYSTERIES, I am fully convinced that the gods are real and alive. The gods are active. I probably need to clarify this. I’m not simply talking about demons, the wandering spirits of the dead Nephalim giants. A multitude of passages in Scripture refer to the class of elohim as something completely different from the creator of everything, [YHWH] YAHUAH, THE MOST-HIGH ELOHIM. Though the council is first introduced in Job, Psalm 82 goes so far as to say they make up a divine council, and they rule unjustly over men, despite YHWH commanding that His righteous Law be upheld. Obviously, His Law was never intended simply for the Jew. It is His Law, you see—a measuring stick for everyone. When Yeshua returns, He will have to fill-in where they fail miserably, by enforcing the Father’s Law and His appointed times worldwide. There are of course righteous elohim, such as the elders in Revelation. But in Psalm 82, [YHWH] promises that the the unrighteous rulers over men will one day be completely destroyed.

In the meantime, there’s a reason why the gods can be found on buildings and in art, on statues and bridges, particularly endorsing commercial products—there’s even cities named after them. I’ve barely scratched the surface. Perhaps most important of all, they can be found on battlefield monuments. But’s that’s another discussion altogether. I’m getting off topic. We talk a lot about the Rockefeller’s and the Federal Reserve and the likes, but I believe the ultimate reason for our wars on earth is because the gods in the ethereal realm are using us as pawns for their own personal control. If America has anything to say on the matter, then at present, it seems like the Mysteries of Isis is winning.

This is what most seem to overlook about the mark of the beast. At present, 666 isn’t simply a hand sign that denotes a worship of HaSatan. It’s far worse than that. The number which John references in Revelation reaches all the way back into the ruins of ancient Babylon. The number 666 was the desired sum of amulets worn with a 6 * 6 matrix, all of which displayed the numbers 1 through 36 on them. They’re called numeric matrixes—or magic squares today. The ultimate point was to have the protection of all the gods.

The number 666 brings about the sort of blessing that can only be achieved if and when [YHWH] is opposed. You know worldly riches and power—not the sort which we should expect to find in the kingdom to come. Ancient literature such as “The Golden Ass,” which a large assortment of Disney cartoons seem to be based upon, will note that neophytes in the Mysteries of Isis, after finally seeing a vision of Mother Earth in the flesh, would then have their role in society assigned to them by the goddess herself. Expect riches and power to follow. 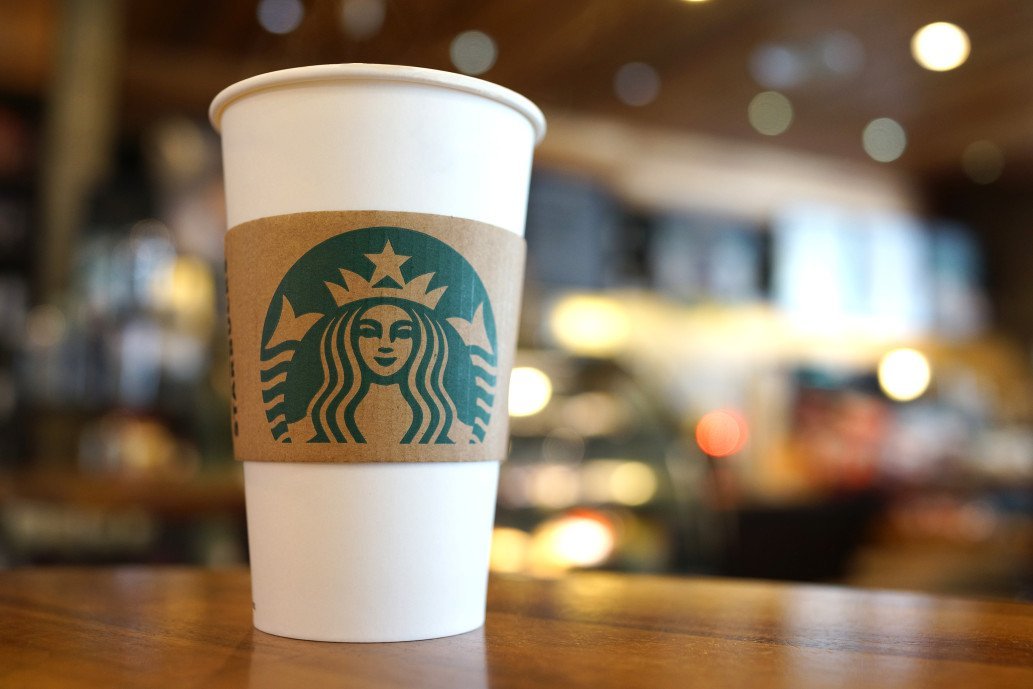 So think of it like this. If you shun [YHWH], YAHUAH, THE MOST-HIGH ELOHIM, in favor of worldly riches and power, then finding the favor of the lesser elohim has the best chance of getting you where you want to be—temporarily. There are ultimately only two inheritances which may be pursued. John further reminds us where the inheritance of HaSatan and the fallen angels will end up—in the Lake of Fire.

If Starbucks coffee is a food sacrificed to idols, essentially worshiping the very sex goddess whom many perverse Hebrews assigned as [YHWH]’s consort, do we really want to continue drinking it?