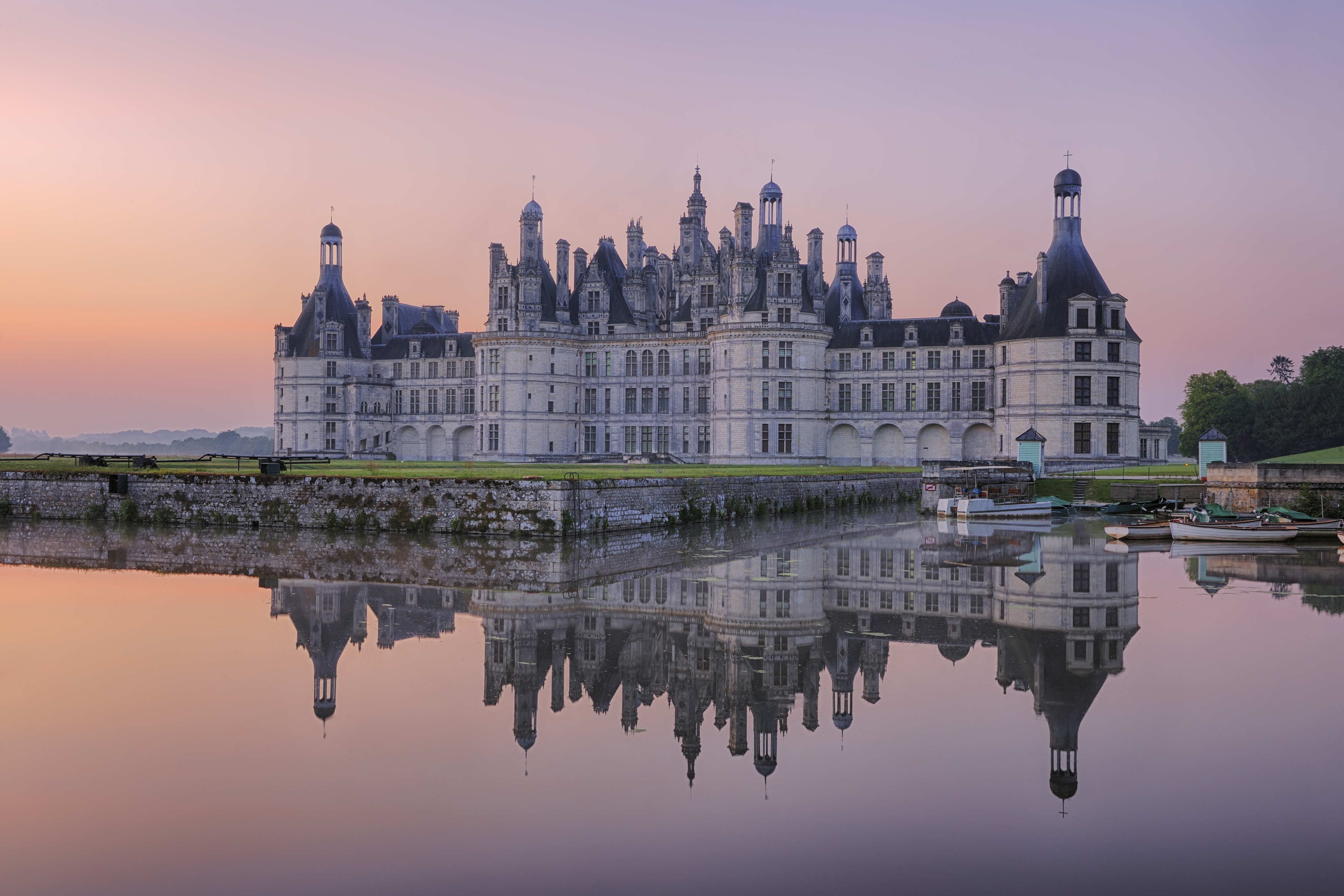 SOMETIMES WE HEAR someone say something and we almost fall out of our chair. This was sort of like that. Only it wasn’t a chair that I almost fell out of—but a staircase.

Two of them, actually.

The staircase duo in question can be found at Château de Chambord in the Loire Valley of France. They are fused as one, without ever meeting or becoming tangled. Astonishingly, they make up a spiraling double-helix.

Now, if that doesn’t cause you to twitch your head slightly sideways, kind of like a dog who just attempted to digest a peculiar sound, then I probably need to pause here and explain something. The coiling double-helix was not discovered as our DNA molecule until geneticist James Watson and molecular biologist Francis Crick came along in 1953.

I can only speculate how many tens of thousands of tourists visit the Château every year. And I can likewise only conclude, when faced with these discrepancies, that cognitive dissonance and an uncomfortable thought, easily brushed aside, comes with the ticket price. 15 Euros.

Just so we’re clear, they didn’t discover anything. What they essentially did is repackage an esoteric concept and make it a reality. If you’re trying to understand what I’m talking about, then do an engine search on the staff of Hermes. It’s sort of a staple of the Mysteries.

Long before arriving at Normandy (actually, unlike my grandparents, it was Charles De Gaulle International Airport, and I wasn’t running alongside a tank), I had written up an article: “The Molecular Path to Shamanism | Francis Crick and the Double-Helix Delusion” which deals, as the title suggests, with the shamanistic origins of the coiling double-helix. DMT and other hallucinogens comes into the narrative. It ended up getting me mocked in the article of an online atheist magazine. Apparently, I was stupid for making the connection. I’m still trying to figure that one out. Atheists have a habit of advertising themselves as intelligent, so they will no doubt scoff to hear me say that intelligence is nothing more or less than a human invention. Scripture speaks of knowledge and wisdom and fools, but nothing of intelligence.

Château de Chambord was designed in part by Michelangelo. Mm-hmm, one of the Ninja Turtles. It was the early sixteenth century, and the guy was obsessed with the double-helix. He would doodle it all over his diary pages like the crazed ravings of a Manchurian candidate.

The castle was designed to represent the New Jerusalem, with its four corners reminding us of the four corners of the Earth. You’ll find the staircase dead center. As one ascends the coiling double-helix through each floor, he finally reaches the dome in the sky. But the staircase doesn’t end with a heavenly gaze, as one might imagine of the domes in Orthodox cathedrals.

It keeps going up. 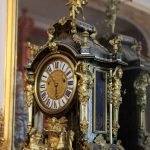 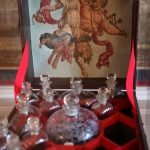 For when the little girl comes to visit

The individual who has paid some 15 Euros to venture this far has hopefully already observed the various spirit entities carved into the stairway. He may have drifted off on each floor to appreciate the dragons carved into the doorways, and which represent the castle’s emblem, as well as the Apollo clock in one room, or the oddly placed Pan-endorsed date rape kit in another. He may have even noticed the Kabbalah texts as a centerpiece of knowledge in its library. But now that he has reached the firmament at Chambord, it should not surprise him to count hundreds of fire-breathing dragons in the heavens above, as well as half men-half beasts, like centaurs and mermen, Nephilim creatures who have only now begun to materialize. 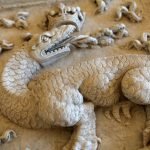 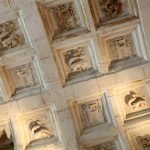 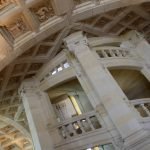 The staircase of course does precisely what my reader is likely already suspecting it would. It breaks through. Finally rising into the sunlit world of a glass tower (or Willy Wonka’s elevator, you tell me), Michelangelo is apparently letting us in on Enlightenment cognition. At the very heart of its Scientific revolution was transhumanist and evolutionary thinking.

They not only wanted to conquer all four corners of the earth, but heaven itself. They want the New Jerusalem. And they want it on their own terms.