I KEEP getting asked if I’d consider making YouTube videos again, and while I appreciate these gestures, I know Yahuah has equipped me as a writer and likewise prepared me for the days we live in—as a writer. I get it. Hardly anyone reads anymore. Just about everyone prefers YouTube videos. Or reading memes. But that’s not me. I rarely enjoy watching YouTube videos, and I can only assume others feel the same way. I am perfectly content in my own little corner of the internet.

Also, I write because I believe the Most-High has asked me to do so. Yahuah has been good. He faithfully sends readers my way.

That being said, I’ve been incredibly blessed in recent months with any number of people who’ve come along asking to be a part of The Unexpected Cosmology. I have a web designer now in Dave Currier, an editor in Sharon Baker, and two or three regular writers, which I shall turn to in a moment. Everyone involved is incredibly talented. That’s not to mention a steady flow of guest writers. I will be introducing much of their work in this news update.

It is my hope that Yahuah is behind all of this. Meaning, I in no way want to build something on my own. I know I’m not alone in these sentiments. Many of us are laboring away attempting to wake people up to the reality of the world around us, and we’re doing it for a love of the Truth, as servants of the Most-High. He has much to show. Within the Torah community, I’m seeing this ground swell of people wrestling with some meaty issues, and I think it’s a sign. A sign that Yahuah wants to speak to us and reveal His Truth. But in order to do so, we need circumcised hearts. That’s just my two cents. People with hard hearts and a back catalogue books to sell and ministries to run and pockets needing filled by their supporters will miss out on these wonderful truths.

Money enslaves us all.

Before moving on, I wanted to show the latest video by Christian Truthers. Justin Best dropped it this very morning. The earth may be a motionless plane, but the fabricated planet they have us inhabiting in our augmented reality is spinning so fast that I can’t possibly keep up with it all. There’s a unique spin to the recent false flag attack in Beirut, to say the least, because the government of Lebanon is apparently resigning. Here, I’ll say it again. They’re resigning. When have we ever seen an entire government simply walk out, hoping not to let the door hit their butt on the way out? That doesn’t happen. More importantly, who has that type of authority over Lebanon? I’ll let that thought ferment for a while.

If you have any information on what’s really going down with Beirut, please drop me a line.

Justin Best, a watermelon, and moi.

Speaking of Justin, my family had an incredible time Shabbatin’ with the Best’s in Florida. Those guys know how to do it. This came in the wake of our week in Missouri visiting with Adam Fink of Parable of the Vineyard and my co-conspirator, Shawn Matthews. To be a little more specific, Sarah and I arrived in Springfield to circumcise our twin sons. You can read about that spiritual journey here. Circumcision. From the moment we arrived late Friday afternoon until our departure on Sunday, Florida was essentially one really long conversation between the Justin and I, breaking only long enough to eat, poop, and sleep. At some point I had an identity crisis from the deep end of Justin’s pool, which involved scrubbing my pagan name, Noel, from the record books. It was Justin who had me reconsider keeping it for the time being. So, Noel it is. Crisis diverted. For now. We paused for this picture on my way to the truck. Justin gifted us with his very first watermelon, weighing in at 11.4lbs.

Now let’s get into some of the recent developments over at The Unexpected Cosmology.

Justin Russell has been a longtime reader of The Unexpected Cosmology. This takes us back to the days when it was still called Our Way Is the Highway. I think it’s safe to say that our spiritual journeys have not only been on the same trajectory, but within the same time frame. We finally met at the Flat Earth International Conference in Dallas and immediately connected. Russell likes to focus upon the predictive programming which saturates the entire genre of science-fiction. His weekly articles are absolutely phenomenal. We can contribute that in part to his obvious peripheral vision, capable of undressing the intent in the lie. Every Friday morning I look forward to sitting down at my computer screen and reading his latest.

David Weems will be turning out Scripture-based Sabbath articles. His first three offerings cover the following topics. The Name of Yahuah. The mortal soul. And most recently, the Christ in Christmas, aka, sun worship.

You can read them here. Soul sleep. His Name. X-Mess.

Pauly Hart is a writer of fiction. Short fiction. I’m trying to recall when Pauly and I first connected. It was probably back in 2017. He’s been ever watchful of me, and I of him. And then one day I was finally like, Why don’t you come and turn out some material for Cosmology? Pauly is known in the flat-earth community for his creative work, taking “Truther” topics and transforming them into enticing stories, so The Unexpected Cosmology is right up his alley. Pauly is contributing a new work every Sunday morning. Consider the following. Nephilim fossils. Islamic apocalypse. Angels and vampires. More vampires.

Okay, so Rebecca Jade isn’t coming on board as a writer, per se. More like a songwriter. Though I do believe she has some literary chops, and maybe even material up her sleeve. Rebecca expects to write and record original songs for The Unexpected Cosmology whenever inspiration comes her way.

Her first delivery is called: Waiting On His Will.

Kim McClure is a blogger at  www.findingherworth.com. Her very first article with Cosmology asked the question: “Will there be sex in New Jerusalem?” You can read about that here. Sex. Kim expects to write more articles in the future. 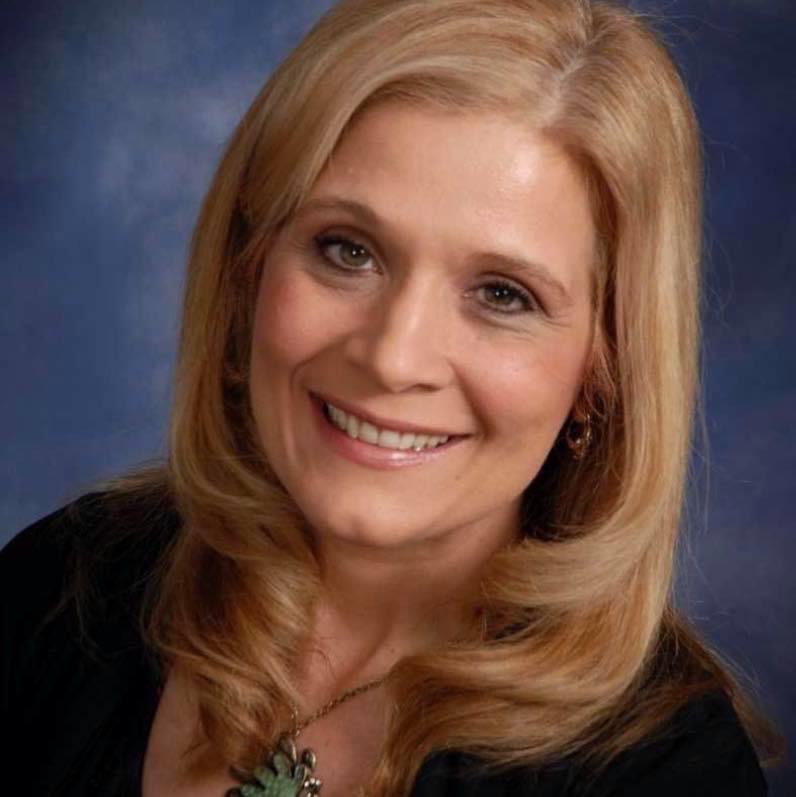 Laurel Austin hopes to deliver a series of articles on autism. She is a mother of six children.  Her first four children are all vaccinated and all four of them are on the autism spectrum. Her younger two children have never been vaccinated and neither have autism. Her very first contribution is The Autism Epidemic. This is really good stuff, and I’m looking forward to the follow-up. Zen Garcia needs absolutely no introduction. This is the guy who cemented my calling within the flat earth Movement. Zen is expected to drop an article now and then. His first exhibits all the pen strokes of the Zen we’ve come to love. Order Out of Chaos.

Other honorable mentions include Andrew Hoy, Dave Currier, Christina Bosma, and Louis Genova. They all turned in phenomenal articles. Many will recognize Andrew Hoy as the researching talent behind the dome shaped tabernacle in the wilderness, The Tent of Appointed Times. Dave Currier wrote a very old school article on the flat earth, which I loved. Christina Bosma speculated on America really being the holy land, and Louis Genova argued for why Job is really Jethro, Moses’ father-in-law.

Sharon Baker is truly Yah sent, because she does a lot of editing for me. Right about the time Dave Currier and I were prepping to launch Cosmology, Sharon showed up and suggested I could use some help. She was right. Thanks Sharon for everything you’ve already done and for what you’re still yet to do.

I already made mention of how Yahuah has blessed me immensely. I was seriously ready to altogether give up writing last April, and had even prayed over the very issue. More like pleaded. The Father however was not done with me—not yet.  He immediately sent along some wonderful help. Thanks again to Dave Currier and Sharon Baker. In the month of May I think I turned out something like 37 articles, and nearly that many in June. I kind of crashed in July. I mean, there’s no way I could keep up that maddening pace, but I can’t help but think the creative push was from Yah.

Various individuals have asked if I would consider financial donations. After considering the matter I’ve concluded that I will not be accepting anything. I don’t want to sell Truth for profit. More importantly, I don’t want to become a slave to the dollar. It doesn’t always start out that way, but I’ve seen it happen time and again. The Truth grows dim where pockets are easily pinched. I’m not in the book-writing business anymore. Not interested in the conference circuit. I have considered setting up a fund to pay my writers, but alas, everyone who contributes to The Unexpected Cosmology does so simply because the lies are everywhere and they desperately want to wake up their fellow men.

At present, here is what I’m presently looking for.

Sabbath is the most important part of my family’s week, so I’m thrilled to have the entire first year of YouTube channel Parable of the Vineyard’s Torah portions available. You’ll find them in the link above. I have Adam Fink’s personal blessing for this. Psalm pairings are also provided. What I would like however is to transform all five Torah portions pages (Genesis, Exodus, Leviticus, Numbers, Deuteronomy) into a better and more informative Torah guide, especially for those who are new to Yahuah’s ancient path. If you have a vision and are also willing to work on developing that, please get in contact with me.

I could use writers, but also any number of other behind the scenes talents.

“Yahuah bless you and guard you;

Yahuah make His face shine upon you, and show favour to you;

Yahuah lift up His face upon you, and give you peace.

Thus they shall put My Name on the children of Yisra’el, and I Myself shall bless them.” 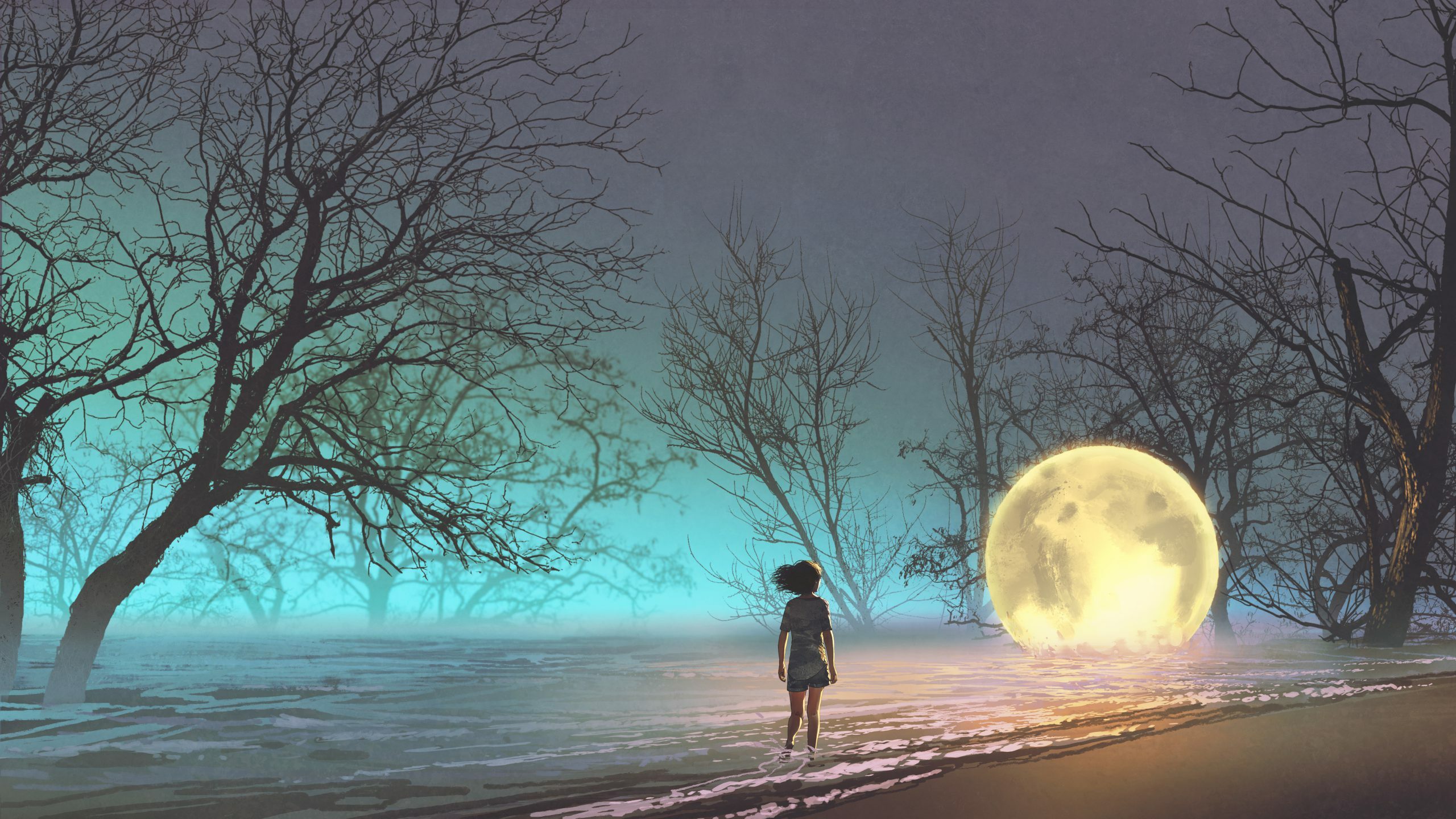