“For God so loved the world, that he gave his only begotten Son, that whosoever believes in him should not perish, but have everlasting life”

John 3:16. The world’s most popular verse concerning our messiah; but there is much more to this verse than meets the eye, and it is not being taught in churches today. Putting it quite bluntly, you need to know the message that he put forth, whether you accept or reject it; a message that our Messiah boldly taught, yet has been veiled from the masses.  We are in the last days, where knowledge has increased and many go to and fro. Is your heart ready to receive the truth and learn, or will you continue to follow the doctrines of men?

“If any man will come after me, let him deny himself, and take up his stake daily, and follow me.”

“Whoever says he lives in him, must himself walk as he walked”

So, where to begin?  Let us first agree on a few things.

John 14:6. Our messiah Yahusha (probably known to you as Jesus) states this:

Hopefully, we can agree, without belief in him and through his name, salvation cannot be obtained. He is the prophesied messiah, who gave his life for us and was the final sacrifice. This is the ‘milk’ of the Word; the very basics of our faith; our first steps as little children before our Creator.

Consider this passage from first Peter:

“As newborn babes, desire the sincere milk of the word, that ye may grow thereby” 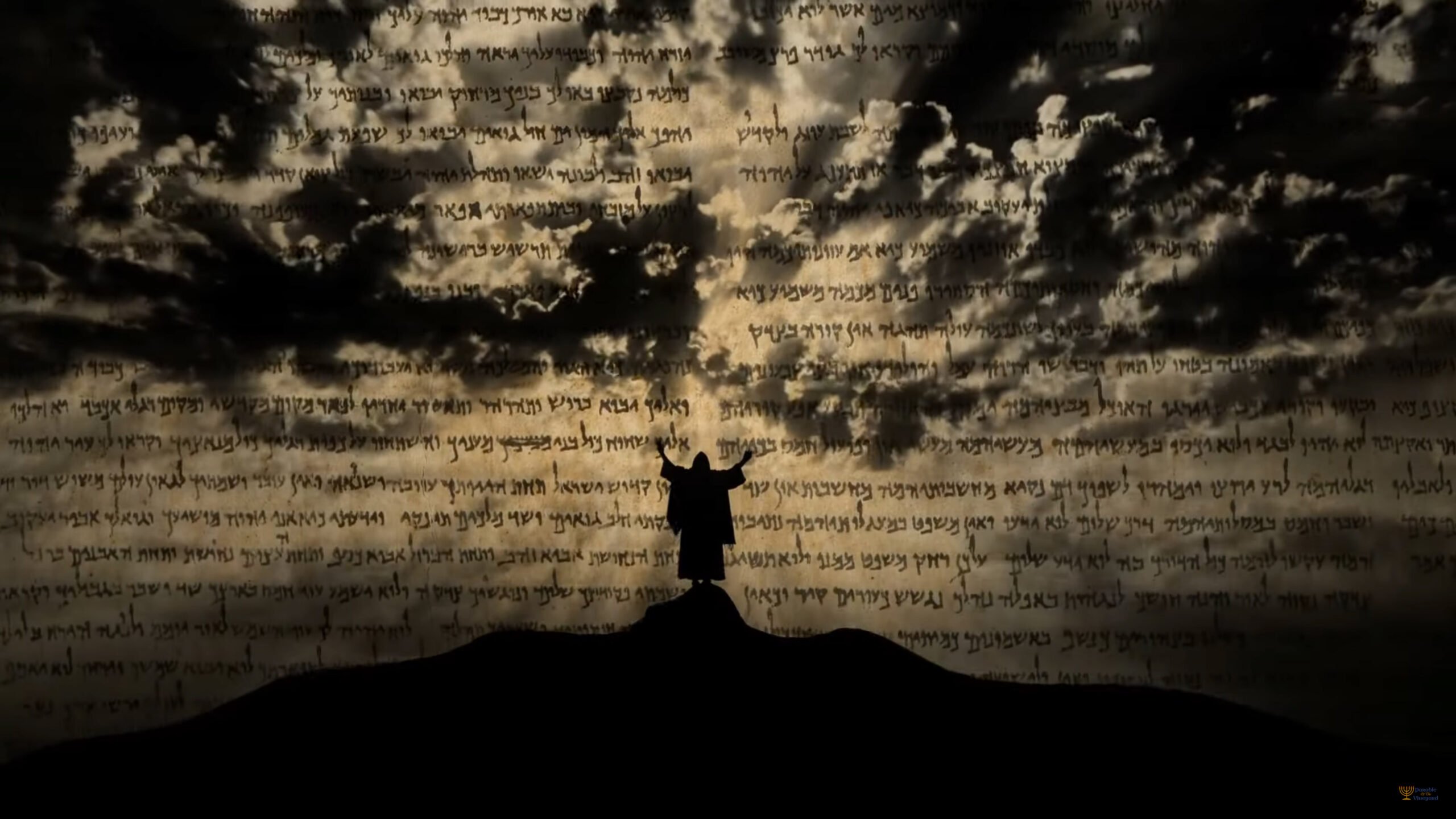 This video will be focusing on growing, as we all should strive to do. What we will be doing is breaking down John 3:16-21, which are all connected and tell an important parable that has been concealed for centuries.  In these verses, Master Yahusha spoke in parable form, as he often did and was prophesied to do.

“All these things spoke Yahusha unto the multitude in parables; and without a parable spoke he not unto them: That it might be fulfilled which was spoken by the prophet, saying, I will open my mouth in parables; I will utter things which have been kept secret from the foundation of the world”

With this in mind, let us go back to John 3:16 and continue reading, to recognize what our Messiah wants us to understand, and what you need to know.

“16 For Elohim so loved the world, that he gave his only begotten Son, that whosoever believes in him should not perish, but have everlasting life. (HalleluYah)

17 For Elohim sent not his Son into the world to condemn the world; but that the world through him might be saved.

Most understand these verses so far, but we must keep reading:

19 And this is the condemnation, that light is come into the world, and men loved darkness rather than light, because their deeds were evil.

20 For every one that does evil hates the light, neither comes to the light, lest his deeds should be reproved.

21 But he that does truth comes to the light, that his deeds may be made manifest, that they are wrought in Elohim.”

So, what did we just read?

Yahusha spoke in parable form. Or, a better way to express this: he spoke with concealment.  It is our job as his disciples to be studious in his Word and through the spirit the Father has given us, allowing it to lead us to all truth.

“It is the glory of Elohim to conceal a thing: but the honor of kings is to search out a matter”

Before we break this down, let’s learn a lesson that was given to us through the prophet Isaiah, about how Yahuah expects us to know his doctrine. Here he asks a question.

“Whom shall he teach knowledge? and whom shall he make to understand doctrine? them that are weaned from the milk, and drawn from the breasts.

(Remember, we are to grow from being babes drinking the milk of the Word unto maturity)

Brothers and sisters, if we are going to understand what Yahusha taught, we must understand this concept; we must know other portions of his Word to properly decipher connecting passages. Let’s employ this concept we just learned from Isaiah 28 and apply them here.

We see the word light being used 5 times, but many have no idea what’s actually being implied here. Let’s go over a few parallels verses that will help us define the word and usage of light.  Keep in mind, these are but a handful of examples among many, but a great place to start.

“Thy Word is a lamp unto my feet, and a light unto my path”

“The entrance of your words gives light; it gives understanding unto the simple”

“The statutes of YAHUAH are right, rejoicing the heart: the commandment of YAHUAH is pure, giving light to the eyes”

“To the Torah and to the testimony: if they speak not according to this word, it is because there is no light in them”

“For the commandment is a lamp; and the Torah is light”

I believe it is very safe to say that our Master Yahusha (the Word made flesh) knows the Word better than anyone.  With that being said, it should be safe to conclude that he would expect us to also know the living Word, in order to discover the fullness of his sayings. After all, remember the prophecy stated he would teach in this way.

By the multiple witnesses we just went over, it should be plain to see that light can be and should be interpreted as the commands/ways/Torah of the Most High.

Now, to finish up, let’s go back to John 3, with the understanding that the Light = Torah, which is also known as the Law, but best translated as “instructions”.

“16 For Elohim so loved the world, that he gave his only begotten Son, that whosoever believes in him should not perish, but have everlasting life.

17 For Elohim sent not his Son into the world to condemn the world; but that the world through him might be saved.

19 And this is the condemnation, that [Torah] light is come into the world, and men loved darkness rather than [Torah] light, because their deeds were evil.

21 But he that does truth comes to the [Torah] light, that his deeds may be made manifest, that they are wrought in Elohim.” 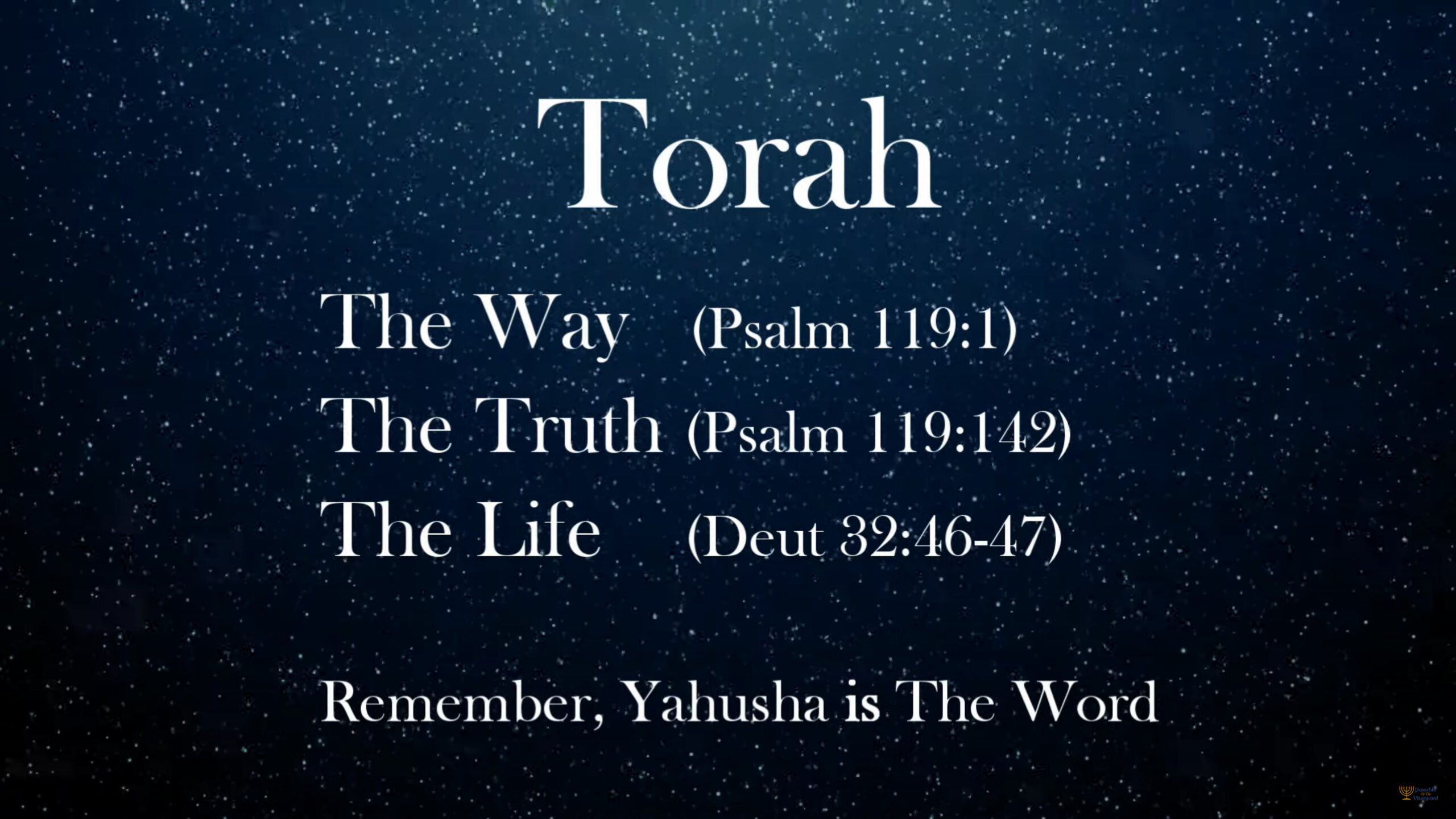 So, what can we conclude by this?  Messiah Yahusha taught us to keep the Torah, the way and instructions of The Most High. This should make sense to the listener, because it is the Torah, the Commandments, that let us know our deeds are good or evil, light or darkness.

After all, Messiah did command this.

“Behold, you are made whole. Sin no more, lest a worst thing come unto you.”

What is sin according to the word?

“Whosoever commits sin, transgresses also the Torah, for sin is the transgression of the Torah.”

Anyone who says otherwise is a deceiver according to the Deuteronomy 13 test.

Some of you at this point may be frustrated at hearing this, as most of us have been taught contrary all our lives.  We’ve been told the Torah (known as the law) is done away with, burdensome; laws only for the Jews; a schoolmaster that we’ve graduated from; and many other common phrases.

Brothers and sisters, know this. Those statements couldn’t be any further from the truth. In fact, there is a generation waking up to the unspeakable joy and goodness that comes with walking in this way. The very same way our messiah walked.

Hear the words from the prophet David, concerning the Truth about the Torah, commonly known as the Law.

“The Torah of YAHUAH is perfect, converting the soul: the testimony of YAHUAH is sure, making wise the simple.

The statutes of YAHUAH are right, rejoicing the heart: the commandment of YAHUAH is pure, giving light to the eyes.”

The fear of YAHUAH is clean, enduring forever: the judgements of YAHUAH are true and righteous altogether.

More to be desired are they than gold, yea, than much fine gold: sweeter also than honey and the honeycomb.

Moreover, by them is your servant warned: and in keeping them there is great reward.” 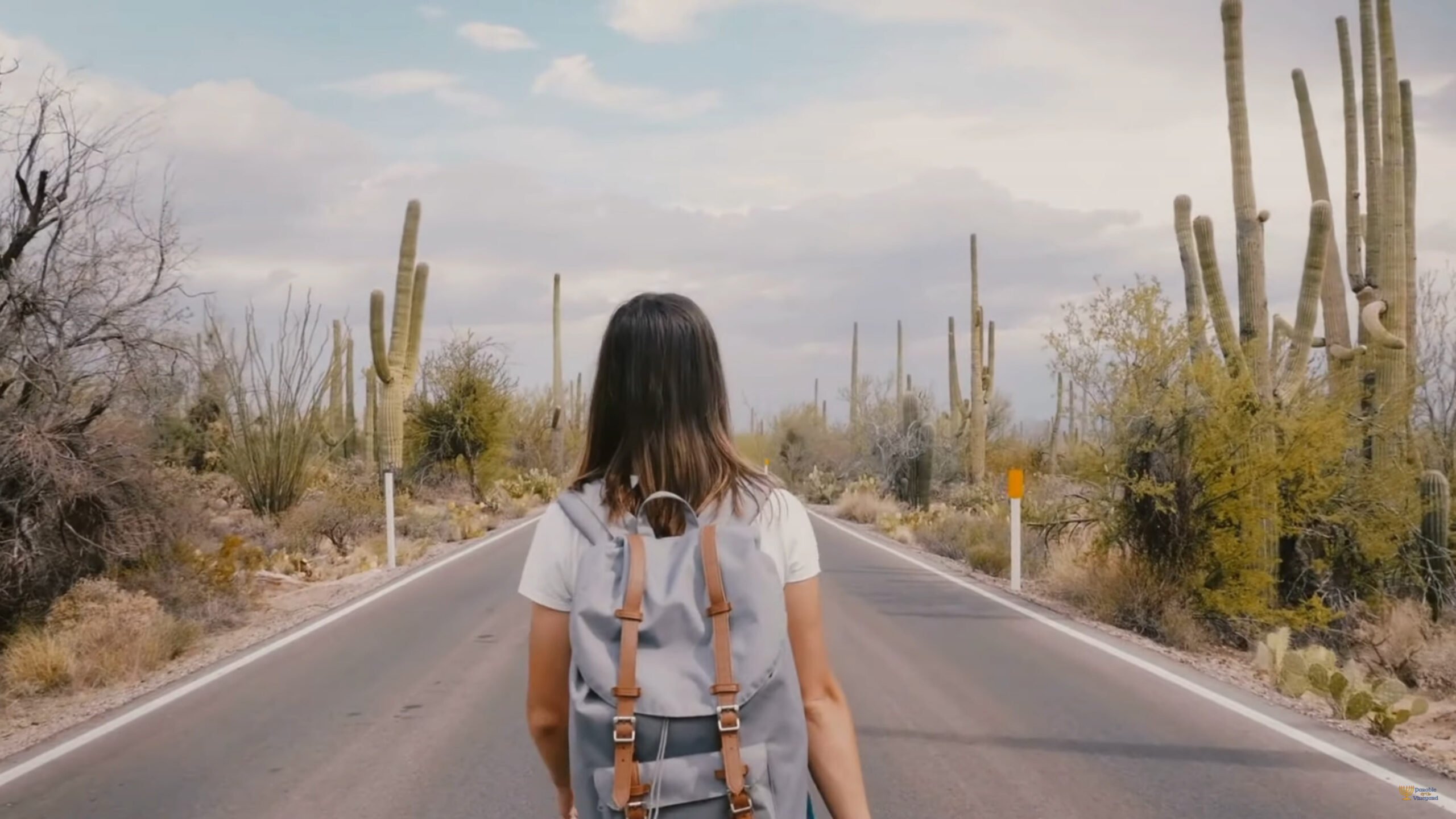 Who is more trustworthy? David—a man after Yahuah’s own heart—or your pastor, who probably means well but is simply ignorant of the Truth? I know that most won’t accept this, the Scriptures even say so:

“For many are called, but few are chosen”

“13 Enter ye in at the strait gate: for wide is the gate, and broad is the way, that leads to destruction, and many there be which go in thereat:

14 Because strait is the gate, and narrow is the way, which leads unto life, and few there be that find it.”

There are over 2 billion “Christians” in the world today. Does that sound like few or many to you?

If you would like to know more about how to walk in faith and obedience, please watch the video link that shows up at the end of this video, and test it for yourself.

“And in those days, the children shall begin to study the Torah, and to seek the commandments, and to return to the path of righteousness.”

“But in those days blessed are all they who accept the words of wisdom, and understand them, and observe the paths of the Most High, and walk n the path of His righteousness, and become not godless with the godless; for they shall be saved.”

“I tell you the TRUTH, until heaven and earth pass, one jot or one tittle shall in no wise pass from the Torah, until all be fulfilled.” 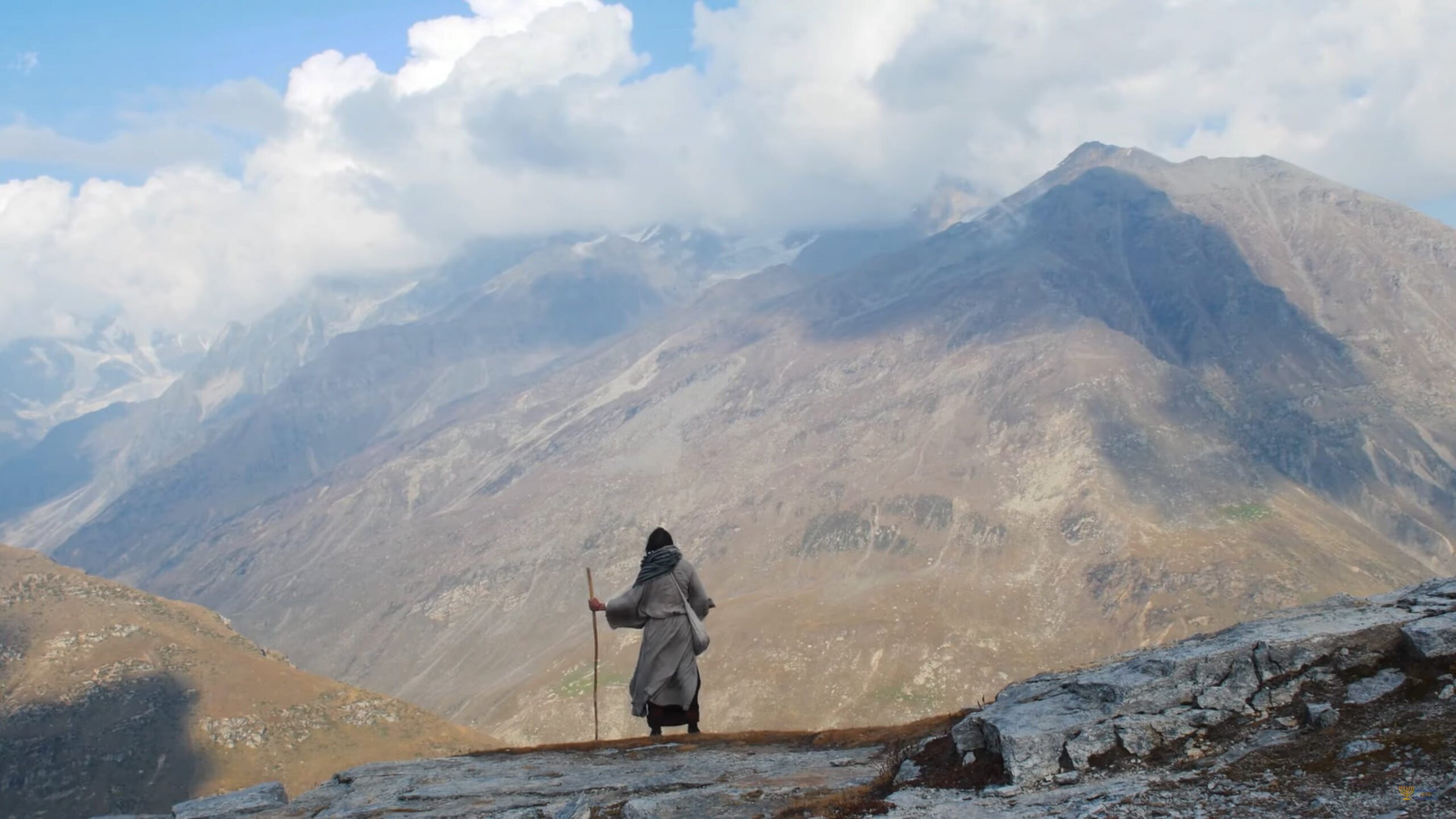