Jesus Did Not Die on a Cross. He Was Hung From a Tree. (The Reason Why Is Important.)

YAHUSHA DID NOT die on a cross. Let’s get our facts straight.

He was hung on a tree.

The cross originated in the Babylonian Mystery religion and tells the cyclic story of Tammuz. Nimrod’s son. The story of Nimrod and Semiramis and Tammuz is the aboriginal—though perhaps more fundamentally basic—telling of the Mysteries of Isis. In both Mysteries, Osiris and Nimrod died. Osiris entered the womb of Nut and Nimrod became the sun—hence, Apollo. Mithras. Sol Invictus. Isis and Semiramis miraculously mothered a child. Both children, Horus and Tammuz, were their father incarnate. The divine cycle continues.

The cross of Tammuz, or the Tau, may have had its origin in Chaldea, but its use as a mystical symbol was widespread. Egypt had its very own Tau cross. But then again, archeological residue has a wide swath, and can be traced to Mexico. 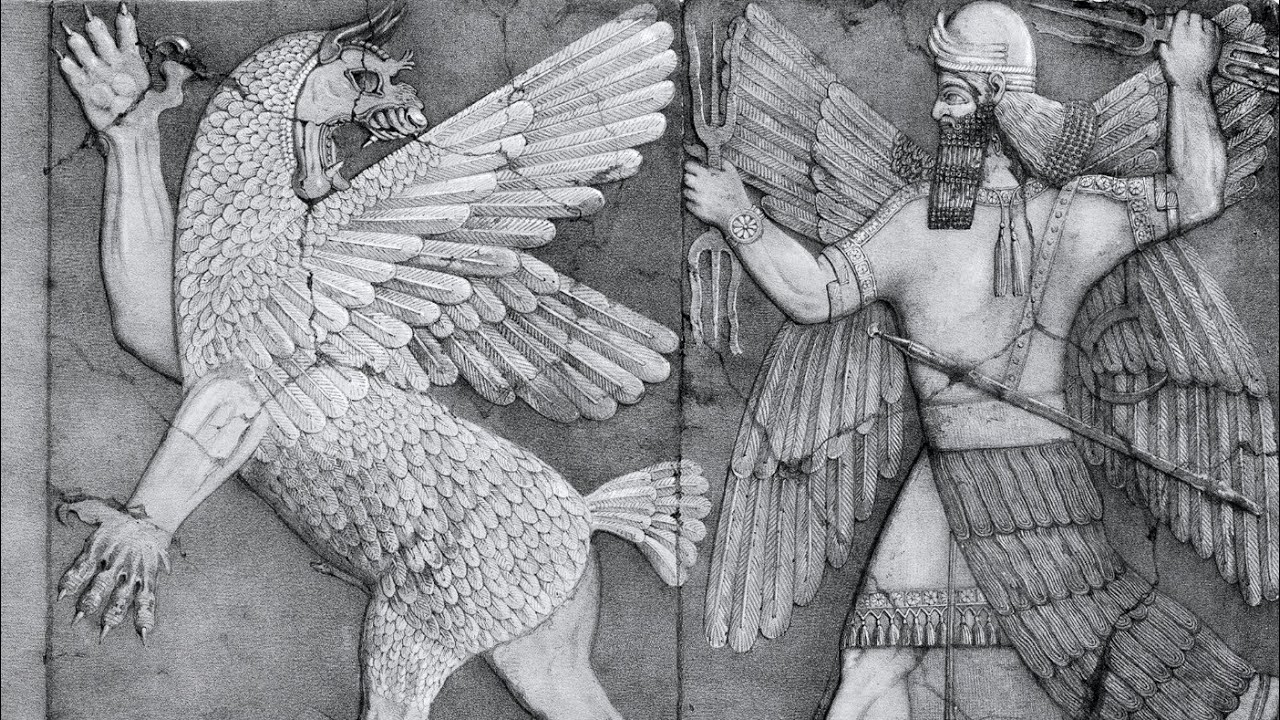 The Mysteries of Isis prefers the obelisk while Tammuz choses the cross. The Roman Catholic and Protestant churches have absorbed both into their houses of worship. Steeple and the cross. Then again, both objects, when properly understood, direct the neophyte to the immortal soul within, and Plato brought that out into the open. No surprise, the church has accepted it as doctrine.

But getting back to the tree.

Kepha said Yahusha Messiah bore “our sins in his own body on the tree (1 Peter 2:24).” This is directly in line with Moshe when he wrote, “his corpse shall not hang all night on the tree, but you shall surely bury him on the same day (for he who is hanged is accursed of Elohim), so that you do not defile your land which Yahuah your Elohim gives you as an inheritance. (Deuteronomy 21:23).” If you recall, Yehoshua hung five kings upon a tree and had them taken down at sundown, so as not to defile the land (Joshua 10:26). Contrarily, when it came to the body of Messiah, we are given no indication that the Yehudim exhibited any such fear of Yahuah, the Most-High Elohim, intending to remove him.

And just so we’re clear, hanging someone upon a tree was a Roman specialty. In his book, Murder at Golgotha, Ian Wilson describes it like this:

“And the Romans were ever a practical people. As known from the writings of Roman historians, the prescribed procedure was for the victim to carry only the patibulum, or crossbeam of the cross.”

This is precisely what the gospels record.

“The stipes, or upright—usually a beheaded tree-trunk still rooted in the ground—remained permanently in position, so that the crossbeam carried by the victim could simply be lifted up and dropped into position for each fresh execution. That the upright was a simple tree-trunk also makes sense of a later statement by Jesus’ disciple Simon Peter that ‘they killed him by hanging him on a tree’ (Acts 10:39).”

Here it should be noted that only the gospel of Luqas mentions the nailing of his feet. That being said, it appears as though the words “and feet” may have been interpolated from a late Greek manuscript.

Feet and hands or just hands?

Perhaps that detail is of no consequence. 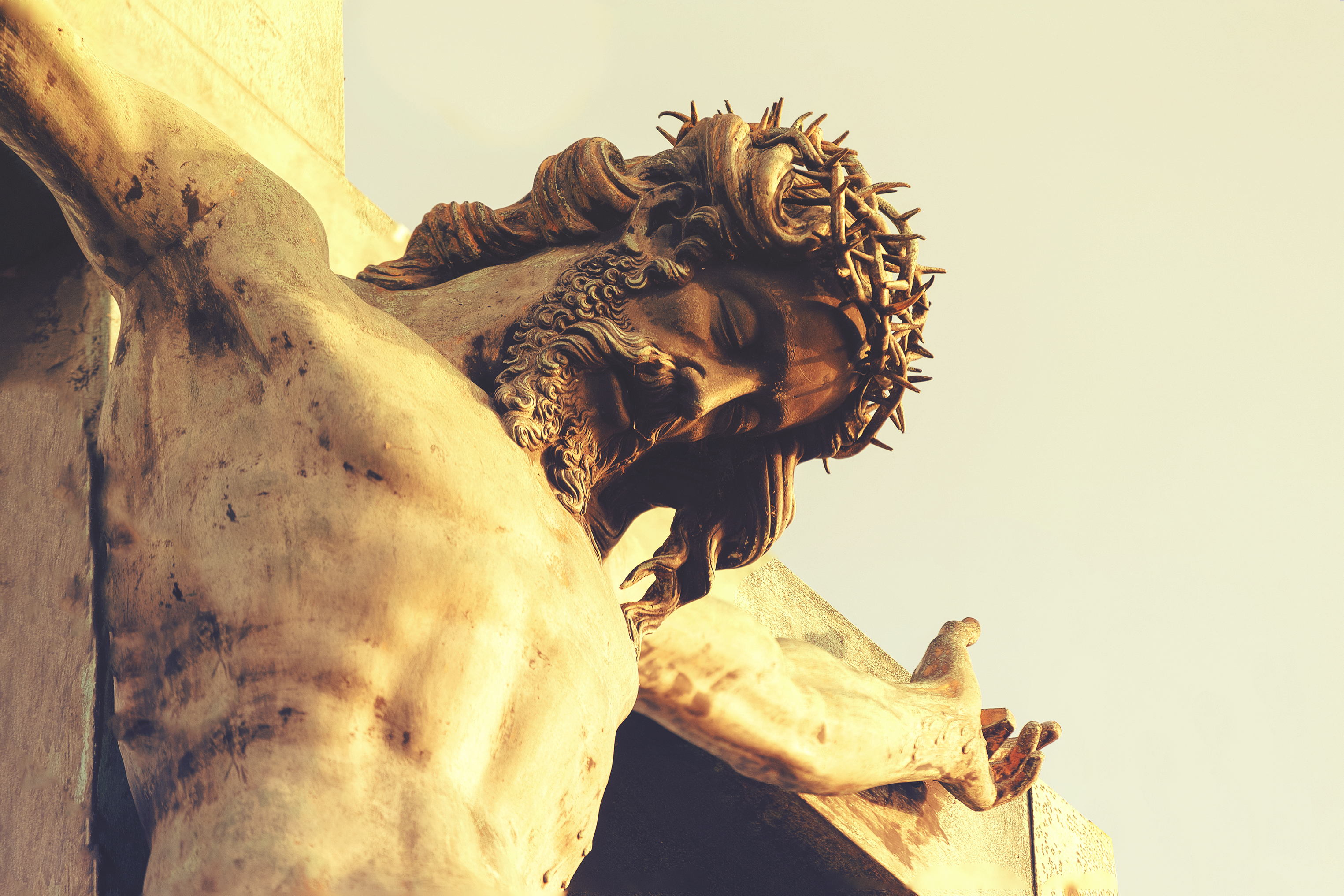 Yohanan records that there were bodies on one singular tree. Not three. Just one.

31 The Jews therefore, because it was the preparation, that the bodies should not remain upon the cross on the sabbath day, (for that sabbath day was an high day,) besought Pilate that their legs might be broken, and that they might be taken away.

32 Then came the soldiers, and brake the legs of the first, and of the other which was crucified with him.

33 But when they came to Jesus, and saw that he was dead already, they brake not his legs:

It’s actually rather easy to visualize. The soldier merely needed to walk in a circle in order to break all three legs. This is why the criminal on either side of him had their legs broken first. He broke the legs of the first criminal. He then turned one hundred and twenty degrees and broke the leg of the second. Turning another one hundred and twenty degrees, he came upon Yahusha—already dead.

And then one day initiates exchanged one cloth for another. What does it matter—you ask? They flipped Sabbath to Apollo’s day, slapped the cross of Tammuz on top of Osiris’ penis, and asked everyone to take a knee to it. It always comes down to sun worship.

Remember that one time at Milvian Bridge when Constantine looked up at the sun and saw a vision of the cross? That’s probably none of my business.