Alexander & the City of Immortals | #3 Alexandria, Spiritual Bread and Butter of the World 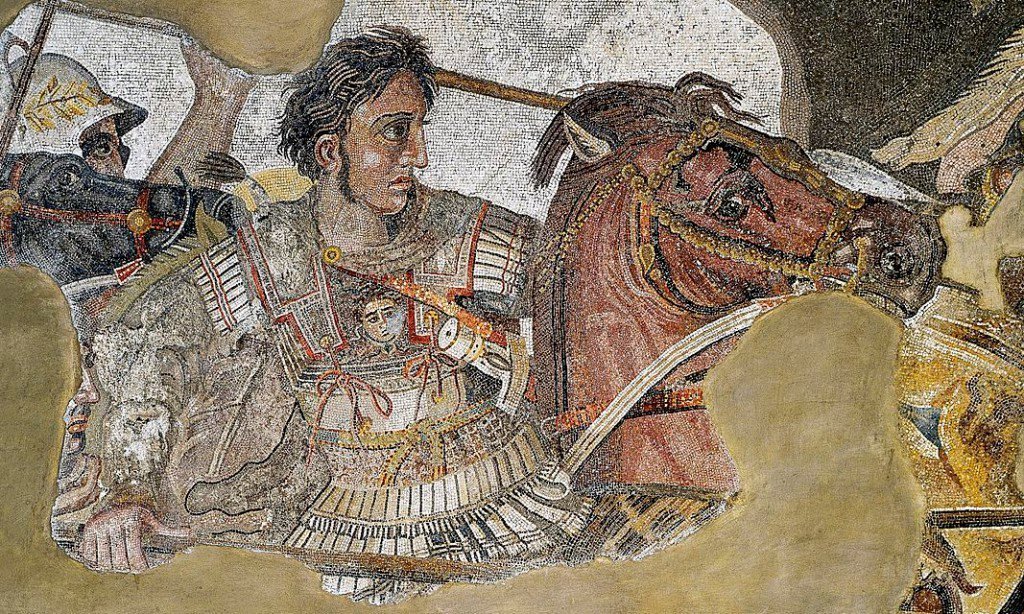 ROME WAS LITTLE MORE THAN A VILLAGE when Philip II of Macedonia went to war with the Persians. The year was 336 BC. In turn, Darius III had the king of Macedonia assassinated. He would come to regret that decision. At just twenty years of age, his son began the most remarkable military career in human history. Within three years—at the battle of Issus in 333 BC—Darius was defeated. He fled, leaving his mother, wife, and children behind as trophies of Alexander’s spoil. It is in the kings golden casket, also abandoned during his plight, in which the Macedonian placed his beloved copy of Homer.

The following year Egypt was liberated. Alexander was welcomed with arms open so wide that, at the age of twenty-three, they crowned him their king. Alexander had inherited a wealth of esoteric knowledge—the very astronomical, mathematical, alchemical, and spell-binding books of spoken verbiage which had attracted Pythagoras and Zoroaster in recent centuries. Some one-hundred years before his arrival, her mysteries had invited Herodotus too. The historian observed of his own visit: “There is no country that possesses so many wonders, nor any that has such a number of works that defy description.”

By all accounts, Egypt was a land of mystical wonder and conundrums. The life-giving river Nile, seemingly defying logic by flowing backwards, south to north, and furthermore reversing the known laws of nature by swelling in summer and subsiding in winter, gave testimony to her Mysteries—of her cyclical birth and death and annual re-birth. Consider that the pyramids were as comparatively old to Alexander as the birth of Christ is to us—perhaps even older. Even then they were an enigma to the young king. Essentially, like a dreaded crocodile submerged within the Nile, Egypt could effortless leap forth and gorge Greece’s library of knowledge and history in one swift swallow. There was no shortage to the wisdom which her gods and goddesses might offer. Herodotus had said that the Egyptians were the most religious of all peoples, and their beliefs imbued every element of their society. Then again, Egypt was a country so backwards, Herodotus added with a flourish of sarcastic salt, that “the women urinate standing up, the men sitting down.”

To the Egyptian, divorcing magic from religion was unthinkable, and clearly, Egypt exercised her spells. Perhaps it is true that Alexander alone was drawn to her abracadabra—he and very few others. Egypt was populated by an insular and inward looking people. The Mediterranean did not cast her gaze—but the rites of the Nile. Likewise, few were invited in. The Mediterranean however, not the Nile, bound Alexander’s world together. He needed a city to supply his army and control the world’s first empire. But now, standing along the Egyptian shoreline with the island of Pharos neatly tucked away behind his back, birds descended on his men as they laid barley flour on the sand—perplexing indeed. This may prove a bad omen. Alexander’s personal soothsayer, Aristander, was not concerned. He said it simply showed that Alexandria would one day feed the whole world. When Alexander consulted the Egyptian gods himself on the matter, they mutually agreed.

“The city you are building,” they said, “will be the food-giver and nurse of the whole world.”

There is a story told by the Jewish historian Josephus which involves Alexander’s arrival in Jerusalem. His visit with Levite priests was clinched with a briefing from the Prophet Daniel, whereas Alexander was shown the scroll and read about himself. “And when the book of Daniel was shewed him,” Josephus asserts, “wherein Daniel declared that one of the Greeks should destroy the empire of the Persians, he supposed that himself was the person intended; and as he was then glad, he dismissed the multitude for the present …” Essentially, Alexander was one of history’s foremost prototype antichrist figures. As Daniel’s he-goat, he recognized this fact and approved.

The gods of Egypt did not mince their words. Though Isis—divine goddess, mother earth and queen of heaven—had prospered an inward-gleaning providence, histories great prototype antichrist would wrap Egypt, and her spellbinding charms, not only as a gift to the Greek speaking world, but the whole of human history.

The man who claimed to have traced his heritage from a character in Homer’s Iliad would not return to see his grand vision for humanity. It is for this reason—his lineage with Achilles, that Alexander believed his destiny would be a narrative on par with Achilles in Troy. He did not disappoint. While Darius died, Immortal Alexander gave him his last drink of water. In turn, Daniel’s he-goat succumbed to his own death in June of 323 BC, in Babylon, at 32 years of age, having convinced himself that he was not truly the son of King Philip II, but the son of the omnipotent Greek god Zeus.

Continue to part 4: Alexander & the City of Immortals | Pharaoh Immortal and His Household of Gods