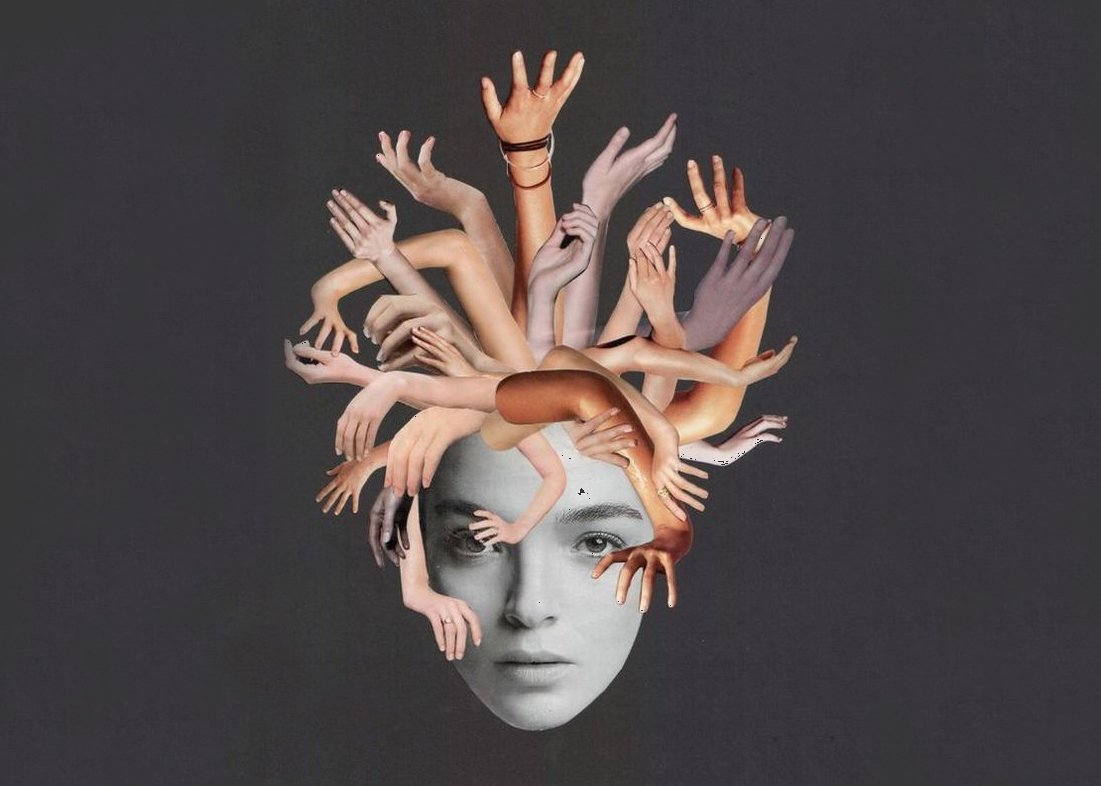 THE URGE TO INTERRUPT THE PATRIARCH OF ISRAEL from his deathbed, after he called all twelve sons round about him, and protest his prophetic prognosis for each and every one of them, must have been overwhelming for some—particularly Dan. “Assemble yourselves, that I may tell you what will happen to you in days to come,” he said. And thus he turned his gaze upon Reuben, and began.

Though we refer to the patriarchs last words found in Genesis 49:1-27 as the Blessings of Jacob, his forecast for Hebrew history is peppered with unpleasantries. Some sons he blessed. Judah was unparalleled in praise. But then, turning to Dan, Jacob pronounced him “a serpent in the way, a viper by the path that bites the horses heels so that the rider falls backwards (Genesis 49:17).” Ouch. When Jacob had made an end to commanding the fate of his sons, we soon thereafter read: “he gathered up his feet into the bed, and yielded up the ghost, and was gathered unto his people.”

It is Joseph, we are immediately told, who fell upon his father, wet his face with tears, kissed him, and then ordered his body embalmed. For three score and ten days, or seventy days total, the Egyptians mourned. And yet, aside from Joseph, we are not given many details as to the reaction of his other sons—aside from the fact that they accompanied his body to Canaan. Was there animosity between them, while attempting to digest his last words, or were they simply paralyzed with disbelief? We simply do not know. But as the centuries would pass one thing became certain. The children of Dan would go out of their way to fulfill them.

Following the conquest of Canaan by the children of Israel beginning sometime in the late 2nd millennium BC, Joshua allocated the land inheritance to each of Jacob’s twelve tribes. The Danites was the last to receive their territorial inheritance. This likely did not bode well for them. The plot allocated was considerably scaled down compared to the rest; a small enclave in the central coastal area of Canaan, neatly tucked between Manasseh, Judah, Benjamin, Ephraim, and as circumstances would have it, the Philistines.

Interesting circumstances indeed—when 12 Israelite spies were sent into the land, they spoke of giants, but nothing of Greeks. It may be assumed that, while the Israelites delayed their entry into the Promised Land by almost half a century, for lack of faith, the seafaring Philistines arrived from the Aegean Sea or the island of Crete, perhaps even with Egypt’s blessing—and colonized. Dagon their grain and fertility god wanted what was never his to claim. The fish king saw an opportunity, and pounced upon it. In their absence, the Philistines brought with them early Greek culture and other blistering headaches, most notably superior armor and weaponry. And yet, for the Danites, their instructions were simple. Allow Yahweh to thrust them out from before you.

The writer of Joshua records:

The Danites, however, did not do as they were told. They failed to recognize the fact that the children of the fish king, despite the brute strength his providence offered, were no match for Yahweh. A shepherd boy with five smooth stones and a sling would effortlessly prove that point.

If the Danites forsook their divinely proportioned inheritance—and they most certainly did—it’s likely because they had no mind to overcome what enemies remained. More specifically, they were no longer pleased with what Yahweh had given. Despite the presence of Yahweh on the mountaintop; despite the angel of Yahweh guiding them as a pillar of cloud by day and as a fire by night; despite the miracle of manna; despite quail for meat; despite water gushing from a rock and the bitter waters made sweet and drinkable; despite the ground that swallowed Korah whole; despite the bronze snake on a pole; despite the walls of Jericho crumbling down or the fact that the sun stood still in the sky; despite crossing first the Red Sea and, forty years later, the Jordan, and witnessing a host of miracles in-between, with the Laws of Yahweh to guide them, they were simply incapable of delight.

The land of Dan was an eternal inheritance for the Danites and all generations of their children, and yet the Danites were unimpressed with it all. They had braved Pharaoh and the desert, King Og and the Rephaim giants, and for what—for this? They were that spoiled rotten child who unwraps his present and then throws it aside, likely stomping his arms and feet as he does so, because it’s not as nice as the gifts which the boy down the street received. Call it sibling rivalry. Manasseh and Judah’s land mass was massive. The Danites didn’t have Jericho or Jerusalem under their control. All they owned, in their line of thinking, was an unimpressive plot of real estate, pressed upon by seafaring thugs. This isn’t what the children of Dan waited forty years in the wilderness for.

The writer of Joshua simply explains: “And the coast of the children of Dan went out too little for them (Joshua 19:47),” and so they packed up their things and left. 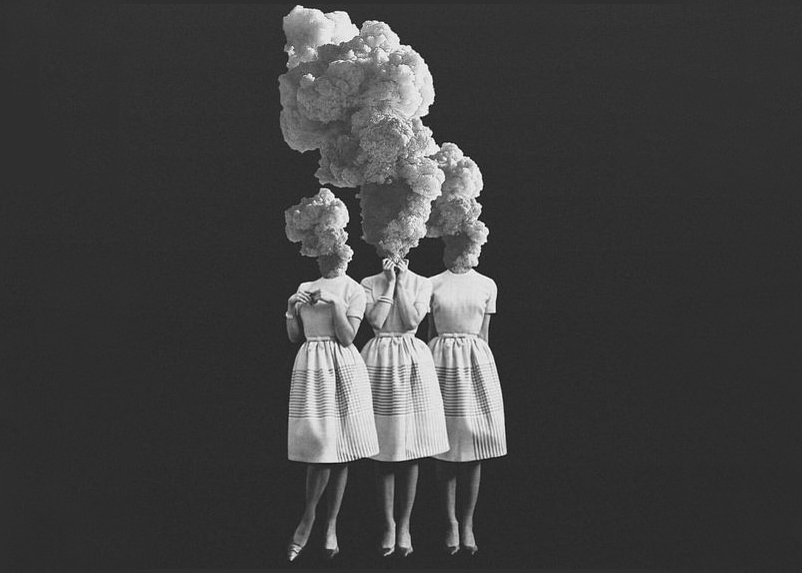 But let’s not overlook the verifiable truth. Yahweh bored them.

It can be surmised that Dan’s forsaking of inheritance occurred within fifty years of the initial conquest of Canaan, because Jonathan, the grandson of Moses, who had already become priest of a small-time idolatrous cult in Ephraim, “inquired of God” on their behalf. Their enterprise, he said, would be a success. Rather than meeting the Philistines in battle, they chose six hundred scouts, discovered a quiet people to the north of the Promised Land, likely demilitarized, and brutally slaughtered them. In turn, Jonathan become their very first priest.

27 Then they took what Micah had made and the priest who had belonged to him, and came to Laish, to a people quiet and secure, and struck them with the edge of the sword; and they burned the city with fire.28 And there was no one to deliver them, because it was far from Sidon and they had no dealings with anyone, and it was in the valley which is near Beth-rehob. And they rebuilt the city and lived in it. 29 They called the name of the city Dan, after the name of Dan their father who was born in Israel; however, the name of the city formerly was Laish.

The writer of Joshua records of their actions: “This was the inheritance of the tribe of the sons of Dan (Joshua 19:47-48).” The writer of Judges would add: “In those days there was no king in Israel; every man did what was right in his own eyes (Judges 17:6).” And in light of their new inheritance, one thing remains certain. Yahweh did not venture forth with them. They traded in a quarrel with the Philistines for the hotbed of spiritual darkness. They chose the land of Og, king of Bashan, and Sihon, king of Heshbon, as their own. They were Rephaim giants. Their very city, named after themselves, was nestled within the shadow of Mount Hermon—where the Watchers once made an agreement among themselves. And besides, the Danites delighted in silver idols. The grandson of Moses kept gods other than Yahweh in his house.

In short time, Dan would wax into a cult-center for Baal. This should come as little surprise for anyone who understands that Baal was Lord of the underworld. But more specifically, the doorway to the underworld was long believed to exist just outside the city which the Danites established as their own. King Og was certainly not inattentive to this fact. Rather strikingly, they chose the only privilege available to anyone outside of Yahweh’s birthright. They wanted the immortality of the kings of old, the men of renown. They chose Hades as their inheritance—and as antiquity has proven, were not ignorant of that fact.