Origins of the Christian Trinity (Brought to You by Plato, Egypt, and Mystery Babylon)

THERE ARE no street signs among the floating villages of the Tonle Sap. You’ll find them on the road to Angkor Watt—a several hour journey by boat. At twenty years of age, I was barely a man and already disoriented by it all. In Phenom Penh, crocodile tastes like sweet-and-sour chicken and tarantula a fried food. I had already heard it said that Angkor Watt is the most magical place on earth. Stories persisted that demons feasted upon humans by night. But I didn’t understand any of it. Cambodia. Birthplace of the killing fields. I can still feel the sweat crawling from my pores, feet dangling over the edge of the boat, as it glided through avenues of bamboo, thinking about the woman whom I would soon ask to marry—and so much more. In the darkest corner of the earth, my own religion would play the part of a specter.

It followed me home—

and then pulled at my conscious for decades.

The ancient city, spread over 150-miles of lush jungle in northern Cambodia, was dedicated to the Hindu god Vishnu. Its builder, King Suryavarman II, was known as “the protector of the sun.” Its five stone towers, replete with pinecones, are intended to mimic the five mountain ranges of Mt. Meru, the mythical home of the gods—fixated in perfection with the luminaries above. The story it tells harkens back to the churning of the primordial soup. It is likewise the story of the gods fighting against their demon children in order to reclaim the power they have lost, and the alchemical elixir of life which can only be released from the earth should both warring parties work together, in order that one or the other might attain it.

As I made my way through a labyrinth of sun-splotched corridors and high-vaulted roofs, tangled with a centuries-old network of tree roots, I fathomed very little of the Mystery religion surrounding me. That Hebrew Scripture spoke of many elohim, created in turn by the Most-High, and that the demons were the disembodied spirits of their giant offspring, was still kilometers beyond my understanding. I was a philosophy student. Admirer of C.S. Lewis, Saint Augustine, and Plato. The mere fact that Vishnu was Apollo’s counterpart and the sun a symbol for the immortal soul doctrine; the inner-divine; or that it was Plato who brought the Mystery religions out into the open; was completely lost on my acumen. I was still drifting aimlessly through the Copernican Revolution, ignorant as to its esoteric messaging.

But Angkor Watt held nothing back.

The pinecone is the pineal gland;

the pineal gland the sun; 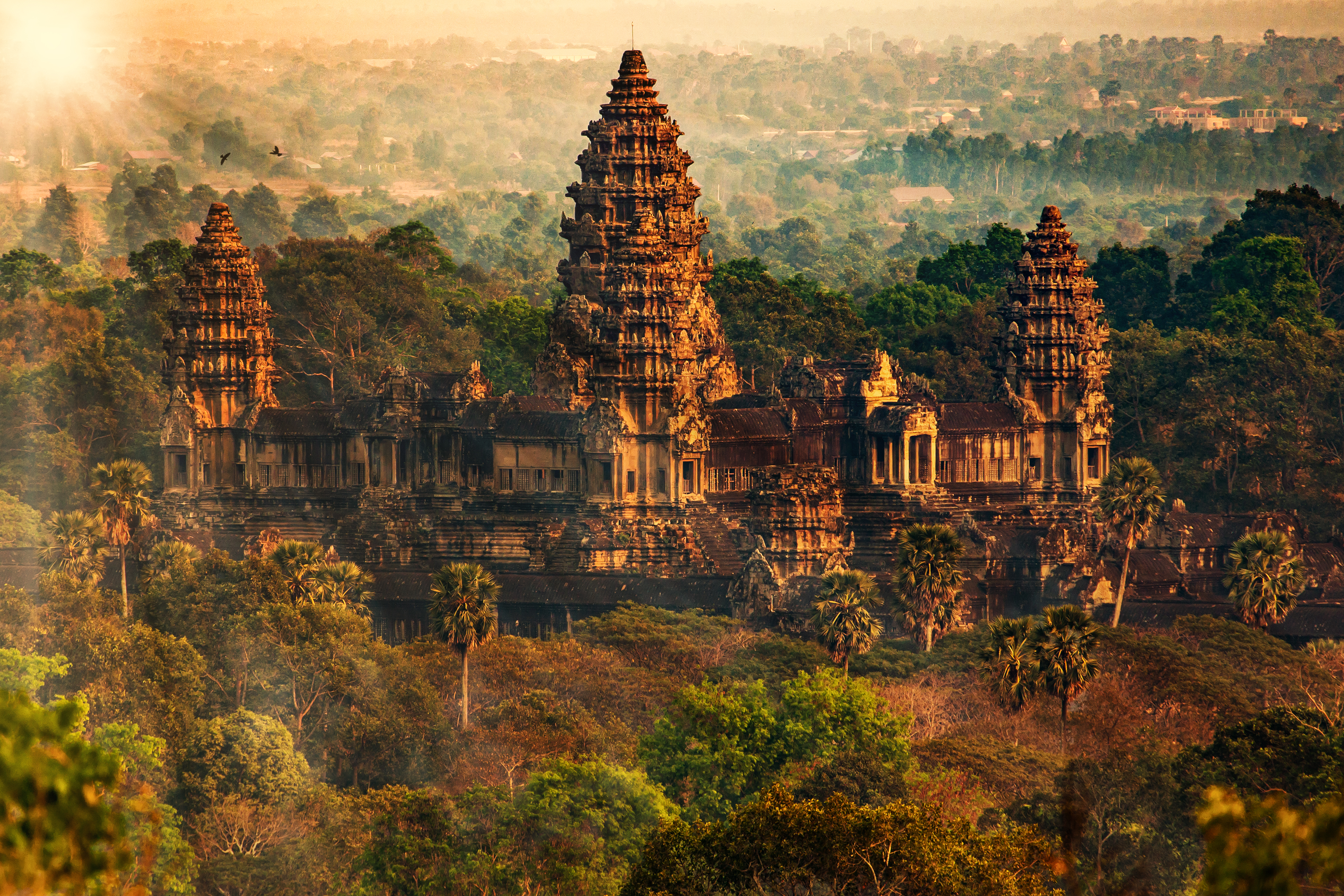 The divine beings who surrendered their first estate are the Ascended Masters of old.

It was the summer of 2001—a sweltering June day. The countdown was nearly over. There were but weeks to go before the self-inflicting sacrifice that was September 11 was offered up to the gods. And only one thing bothered me. In some random foyer of tree roots and stone, I stood and stared at the statue of a god. He had one head and three faces. He was triune. Wasn’t my Elohim triune?

Then again, so is Vishnu. 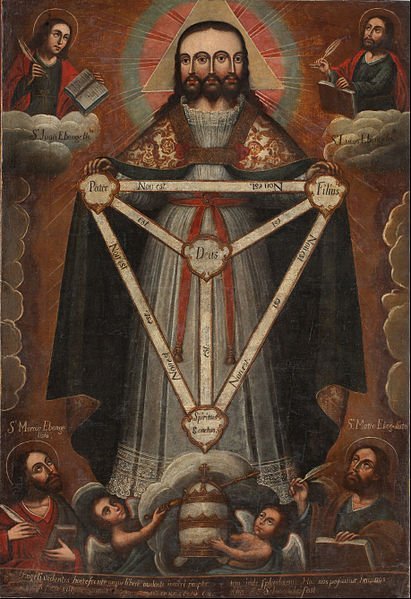 TWENTY YEARS AGO, I would have looked at someone like myself and called him apostate. I might have even spoken something contemptible like: “He fled from the church. I guess he just couldn’t cut it. He must be worldly.” If he spoke his reasons, how he gazed into the Mysteries of our pagan past and discovered that paganism had indeed conquered the church, rather than the other way around, I very well might have concluded something akin to the following deductive argument.

“You looked into paganism and concluded the church is pagan.

But the church is not pagan because paganism perverted the church.

Therefore, you didn’t pass the test and tripped right into the delusion.”

And look what’s become of me now.

The year is 2020. As I write these words, we find ourselves in the middle of the coronavirus hoax. People are coming down with the flu. Meanwhile, long before pastors everywhere outed themselves as hirelings by shutting their doors in compliance with the antichrist beast system, my family and I were already long gone. In order to peruse the ancient path of Yahuah, we fled as if our lives depended upon it.

Now more than ever. I don’t want them enforcing their spiritual authority over me. And I certainly don’t want them indoctrinating my children. Anyone who enforces trinitarian doctrine from the pulpit has my suspicion. Trinitarian reasoning is central to Freemasonry. In fact, no doctrine is more fundamentally emphasized than the Trinity. It is not for us to understand, you see. We are left with egg illustrations and something about water, ice, and steam. Enlightenment is left to the neophyte. The level of control which secret societies have had upon Christian doctrine is nothing short of awe inspiring. The Holy Trinity. Seriously, there’s nothing holy or Scriptural about it.

Let’s put it this way. One day I was sitting in Sunday morning church and it finally occurred to me.

I think there’s Freemasons in here!

And I know what you’re probably already thinking. Freemasonry corrupted a good thing. Mm-hmm. I used to insist the very thing. If you have read this far, then I am sorry. I truly am. It took me decades to arrive here. It’s a bitter pill to swallow. What I have to say is going to hurt a little. Or maybe a lot. And I can only offer so many pillows to cushion the impact.

The trinity is pagan.

In fact, much to most of Christian doctrine is.

If being labeled a heretic means I’m no longer in any way associated with the Roman Catholic Church, or as Yahusha put it, the traditions of men, then I’ll warmly embrace the accusation. I’m finally truly understanding why the church fathers so often propped Plato up as their own personal Moses and law-giver. We were probably all indoctrinated into believing that our church fathers opened up their 66-book Canon and somehow discovered the doctrine of the Trinity as part of their study. The Prophets and the Apostles never figured it out. Yahuah gave us absolutely no indicator. Not even Yeshua spoke on it. And yet, pagans traded in one robe for another, and: “What do you know? There it is! I’ll be darned!”

And Greece. And Egypt. And if we gaze just a little further back—Babylon.

The doctrine of the trinity originated in Babylon. There’s your first red flag. The Babylonian Mysteries. Every other religion in the world, like the city of the gods in Cambodia, simply carried the secret doctrine. They certainly did not ask Yahuah for permission. It is in Babylon where we discover the composite god with three heads, properly understood with the equilateral triangle. Again, Babylonian. The entire point of the equilateral triangle is to educate us, in some mystical way, that the triad of three persons is one. The first is as the second or third; the second as first or third; the third as first or second. They are not the other but all are one.

The Sumerians likewise divided the universe into three domains, thusly assigning a god to each one. Anu retained the sky. Enlil the earth. Ea the water. Together, they constituted a triad. The Greeks and the Phoenicians, the Romans, Germanic nations, and the Celts would all commit to the same method of worship. It is the Egyptians however which often delivers with clarity the weeds first seeded by the Watchers religion. 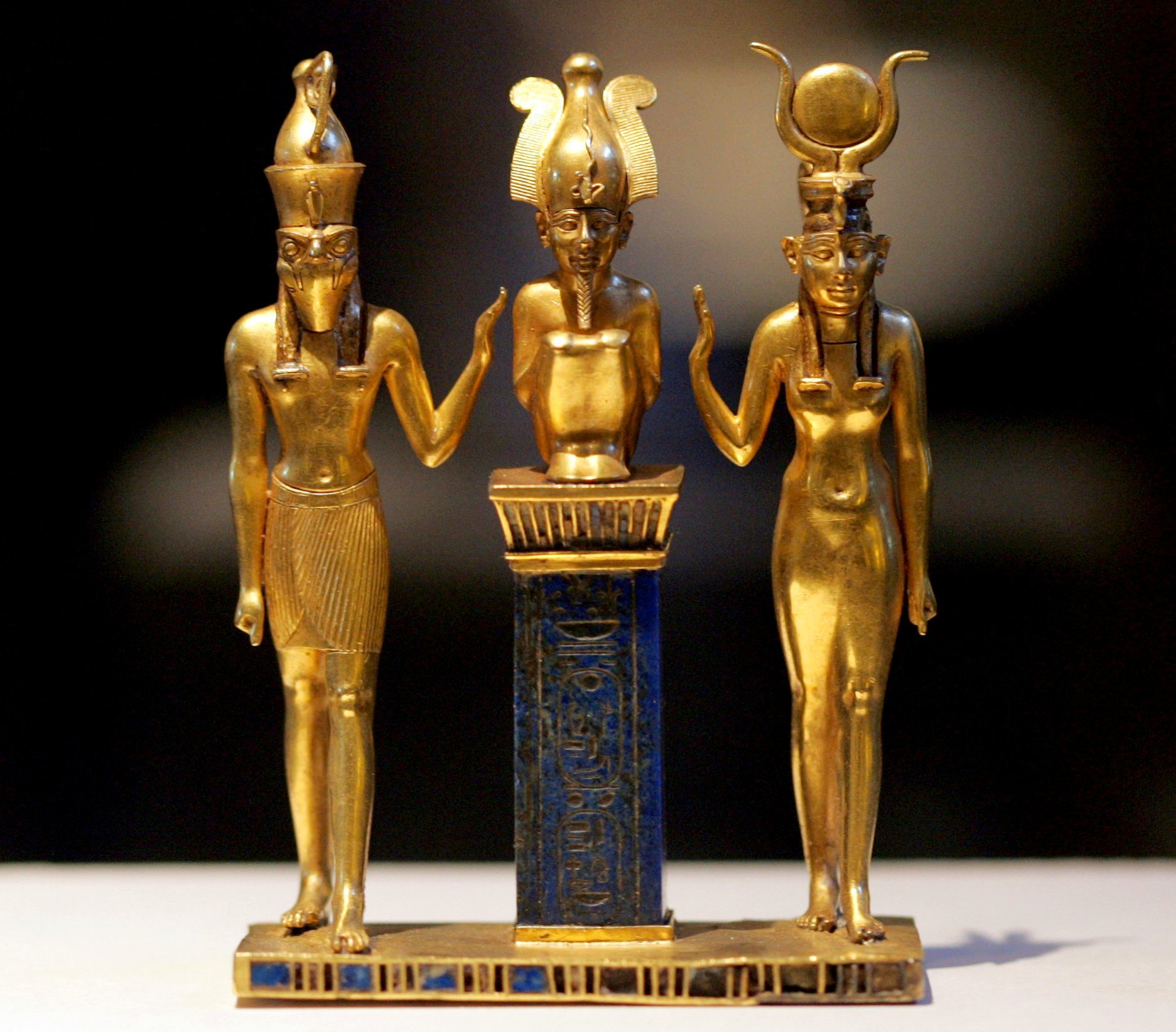 It is in Egypt where we can properly discern: All gods are three.

And perhaps most importantly of all—Osiris, Isis, and Horus.

It is this very trinity, the Mysteries of Isis, which once more refers us back to Babylon—

To Nimrod, Semiramis, and Tammuz.

Or in Masonic terms—two pillars. Nimrod is the sun; Semiramis the moon; Tammuz the neophyte who discovers the inner-divine by passing in-between.

Once again, with Amun, Re, and Ptah, Christian doctrine can most vividly be encountered.  It is in Egypt where we learn: “He is Re in face; his body is Ptah; hidden however is his name as Amun.”

Of course, we know that Plato had loose lips—the kind that might sink ships. Or in his case, cause entire myths to float. He not only divulged long guarded secrets of the Mysteries, he made them a hamburger franchise. With Plato, everyone could finally be initiated. The association between Plato and church doctrine is so conspicuous that historian Edward Gibbon, in ‘The History of the Decline and Fall of the Roman Empire,’ referred to Plato as “the Athenian sage, who had thus marvelously anticipated one of the most surprising discoveries of the Christian revelation.” The Trinity.

Plato advertised a higher world consisting of ideas or forms, while the lower world consisted of matter. For Plato, God is the “Form of the Good.” By this he meant to infer an Ideal—an eternal fundamental principle—of which material objects and attributes are imperfect copies. Gnostic’s of Neo-Platonism would borrow from this cosmological worldview, as would the Hellenized Christian. Among Plato’s metaphysical realm of forms, the great sage and prophet of the ages described what later philosophical tinkerers would refer to as three “substances.” It is all bound together of course by the supreme God, or “the One,” from which “mind” or “thought” and “spirit” or “soul” derive.

And though it may be true that Plato left much to suggestion, Aristotle ironed out the wrinkles when writing in broad strokes: “All things are three, and thrice is all: and let us use this number in the worship of the gods; for, as the Pythagorean’s say, everything and all things are bounded by threes, for the end, the middle and the beginning have this number in everything, and these compose the number of the Trinity.”

Saint Jerome, himself a Trinitarian, let the cat out of the bag when he confessed:

“All the ancient nations believed in the Trinity.”