It was early and Jennifer and I were just kind of looking around the house. I had most stuff ready in their spot to be packed, but I hadn’t packed it yet. That is, I mean, I was going to, I was just delaying. I don’t know what for. Maybe answering emails and texts and all that… But we were just kindof hanging out, you know? I’d been up since 5:30, ready to go. Super excited. I didn’t know what to expect. There were all sorts of people coming. What was going to be 40 but two families had cancelled so I was like – Whelp. Who knows? I sure didn’t. I had towels, swim trunks. Whoops. Those trunks need to go in the trash cause they’re two fabrics. Ok. Towels, shorts with tassels, food, water, extra paper towels and what… Kayaks? Life preservers? Maybe? Hold on, *Throws things in truck* Now what? First aid kit? Boogie boards? Extra stuff? This and that? Ok… I’m ready to baptize people. The kayaks are for later, I suppose. Great. It’s 9AM.

What is she watching? Doctor Who? Again? Ugh. Daleks… Again… Exterminate! What a dead horse they sure like to beat with every new instantiation of that guy. Who cares about Doctor Who? If it’s not Tom Baker, it doesn’t matter. So, she’s hungry and I am too. I was fasting until I was too shaky to drive, and that was around midnight. I ate a little oatmeal to calm my nerves. I’ve had to use the restroom four times this morning, al the jumpiness. I’ve never done this before. I’ve never baptized anyone.

Sure, I’d been a pastor of two churches. Sure I’d had wildly successful events. Sure I’d done this and that for “the church” but had I actually done anything for Yahshua? No, maybe not. But today I was baptizing in THE NAME of YHVH, and HIS Son, and HIS Spirit… And things were going to be different that’s for sure. Great. It’s 9:05AM.

So I walk around aimlessly for an hour and eventually Jenn says she’s going to to go Arby’s and grab a bite and head out to Skidaway Island, to go to the thing. It’s near Moon River. The same one Johnny Mercer wrote for Audrey Hepburn in Breakfast at Tiffany’s. Nice song. Not really what we were going for, but, a small coincidence. Everything that day was a small coincidence.

We were going to Butterbean beach. Just off the mainland and towards the island. An In-between. The river is a tidal river, both fresh and salt, brackish. An In-between. And we’re going at high tide. An In-Between. And it’s at solar noon. Another In-between. A whole lotta cosmic cool stuff playing out in front of me, and I’m fasting so I can’t eat at Arby’s.

I tell her I’ll meet her at the beach and head out, going the speed limit and the next thing I know she’s passing me, laughing. Oh golly, I love that lady, she’s the bees knees. She brought her dog, Mahar-Shalal-Hash-Baz, named after Isaiah’s second son. “He who is swift to the spoils” and boy that name don’t lie. We just call him “Speedy Booty” or “Marshal” for short. Cute little thing. An Auggie. Australian Shepherd and Corgi mix. His body is 1/3 neck.

So I get there first oddly, and I park right in front of a dude sleeping in his car. I’m real quiet and start unloading everything, all the while answering texts and calls and such… People are coming! They’re coming! ALRIGHT! And I’m moving tables and Herb shows up and he’s like: “Is this the… Is this where…” And I shout out: “Are you my brother here to get wet!? And he laughs and his sister in law, and son, and nephew laugh and we all hug and introduce ourselves.

Herb is going under the knife on Thursday, and I’m crying already. He doesn’t want to die without being obedient. Man, I love this guy already. So his boys help me unload everything and move it all over to the pavilion from my truck about 50 feet away. YES. Big strong men to help. NOICE.

And so I get to talk to Herb more and my wife arrives and a whole bunch of people arrive and then Jason and his WHOLE family of 6 arrives. And Brent and Teri arrive and then Erek, Michael, Andy, Vinny, and all the rest of their families. Oh, I can’t leave out the guy sleeping in the car. That’s Tru. Literally that’s his name. He’s a pizza delivery driver who slept the night in the parking lot and fed all the bait shop cats his only food. But that’s ok. He got fed later.

And so we’re sharing, and I have Tru share his story, and then… I have him share it again when everyone gets there. He’s already a preacher… He just needs more experience in front of crowds, so who am I to stand in the way of a man and an audience and he shares (twice) about how he worshiped Odin and hoped to go to Valhalla when he died until he started asking a guy about who YAH was and who Yahshua was and then The Ruach Ho’quodesh just blew him away with a divine miracle and then he turned his heart over to the wonderful and true maker of lives and hearts and fingers, our Father in heaven.

So I introduce myself and tell them a little about who I am and then I tell them what we’re going to do and how we’re going to do it and then we read verses. I have Tru go to his car and pull out the (literally) 20 Bibles he has and pass them out and I give out the passages. But before we commence, I ask Vinny to pray for us. I was just being obedient to HIS voice… How was I to know that Vinny had never prayed in front of anyone before? He did a great job and more unity ensued.

So then we each read the verses. Aaron and David, Herb’s boys (son and nephew) did very well, as did all the volunteers and then at the end, I exhorted them with the story of Phillip and the Etheopian Eunuch.

“And what did the Eunuch say?” I asked… “LOOK HERE IS WATER!!! WHAT STOPS ME FROM BEING BAPTIZED NOW!?”

And then I literally ran to the water. They must have thought me a lunatic. I told them: “Look. We’re getting rid of form and function and just literally doing what The Word tells us. We’ve read it and we can do it. This isn’t a Baptist-costal ceremony. This is a holy convocation to HIM. We repent, we get wet. It’s just that simple.”

Brent was there and Andy was there and I dunked Andy first while Brent filmed. Brent, ever the servant, filmed everyone and then we dunked him last. And then they got me, all of them together, kindof a group dunking, as it were.

But boy howdy, it sure was neat. I purt near cried at every dunking. I looked em dead in the eye and asked if they were ready to repent, and if I didn’t like their answer, I asked again. I could see it and my spirit bore witness with The Spirit of Yahweh, the one who bore us in the first place into HIS NAME… That they all meant it.

And it was sloppy. Every single time someone went under, we didn’t know if we were going forwards, or down, or backwards. But that’s ok. I left that ambiguous on purpose because I wanted each person to choose what they wanted in their own time. I forget… Maybe it was Michael, I just jumped in there with him and we both baptized together… That was hilarious.

And then, after 21 dunks we were done. Oh… There were some onlookers who said: “Good job” and all that, and I asked them if they wanted to get baptized. No takers, but that’s ok. I’ll get them next time maybe. We can always dunk more.

And then soon after we were eating burgers and chips and telling each other how much we loved Adam Fink and all that and talking about The Word and The Name and The Spirit and The Father, and all the good stuff that one talks about at a Baptism at a river. And let me tell you… The burgers were awesome.

Then it started raining, and then they kicked us off the pavillion, and then most everyone left because the hurricane was making its presence known.

And it was just me and Tru and Vinny and Danni. And wow, we connected on a whole other level. Flat Earth, Rapture, The Name, The paleo alphabet, we talked about a lot. Good times and good stuff. And then I invited them over to my house where we continued the party til 10:45 or so and they went home.

And that was my day. Tru and Vinny helped me put the kayaks back in storage, Danni and I helped eat the chips and the cookies. Danni’s little dog and Marshal got to play together, and Tru and I chilled by my fire-pit.

Can’t tell you all the super secret cool things we talked about, but, you missed out. Don’t know what to say… Except for one thing:

And it’s going to be even more fun. 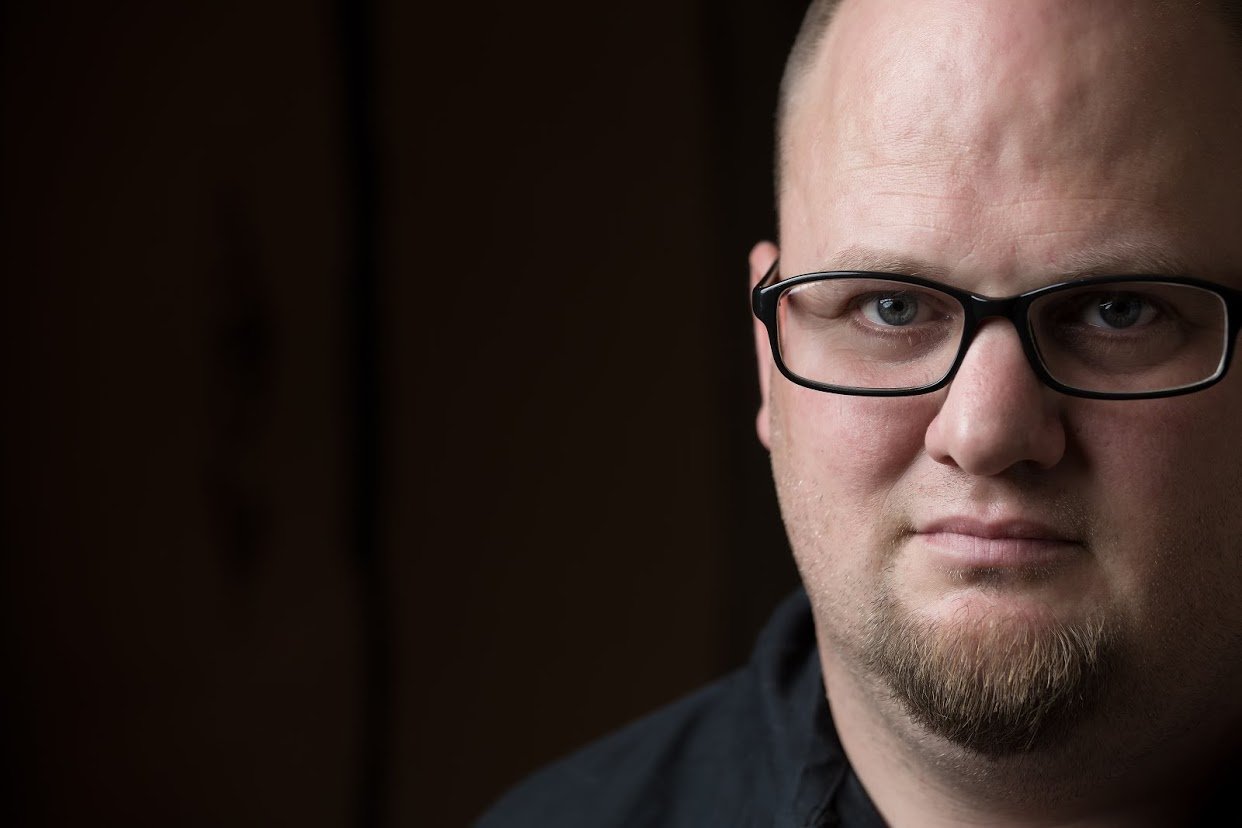