Truth or Beauty…? | #2 Saint Jerome: Sacred Souls Severed by the Pagan and Profane 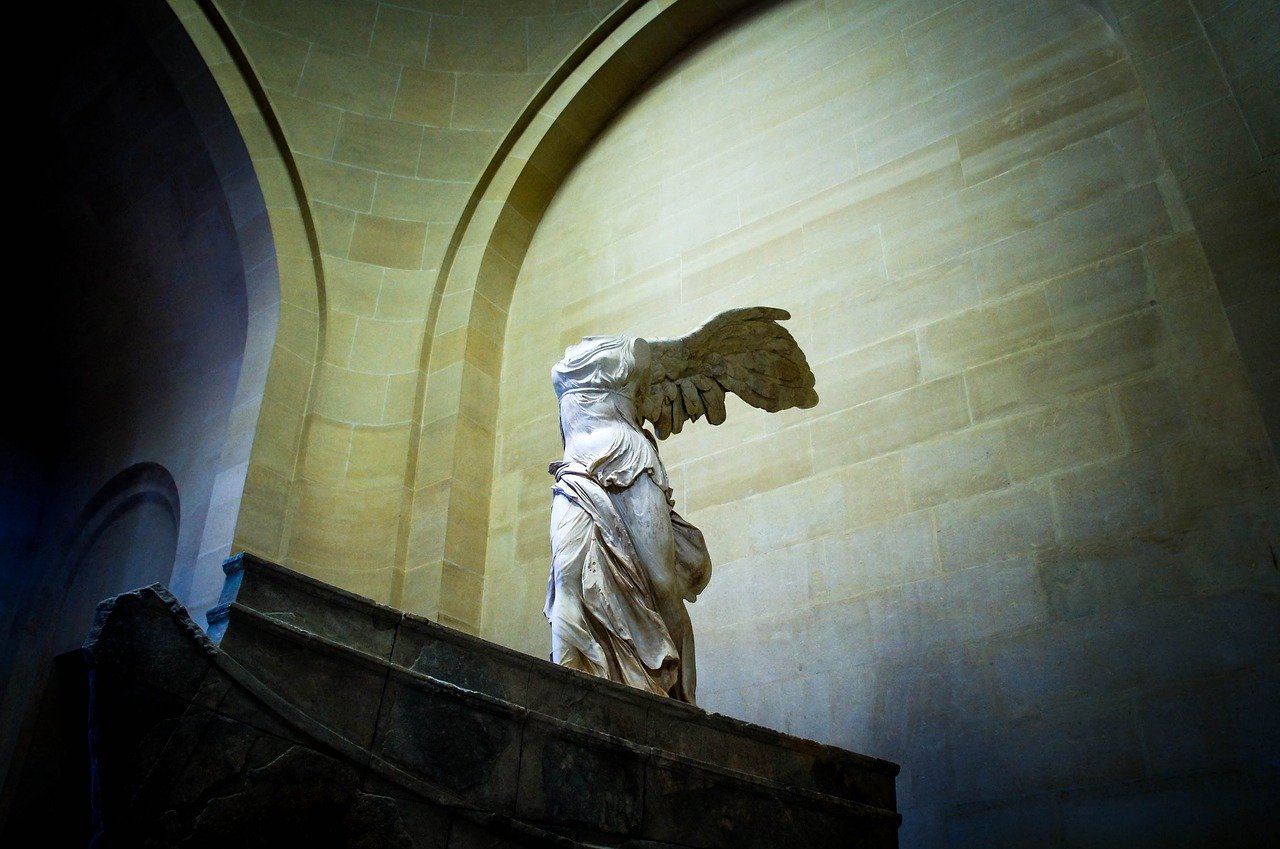 THE MAN RESPONSIBLE FOR TRANSLATING the bulk of Hebrew Scripture into the Latin text we know today as the Vulgate never could erase the guilt of his lifelong love affair with Virgil, Plato, Cicero, and Homer. Like the sarcophagus of Heine’s dream some fifteen-hundred years later, Jerome was unquestionably Hellenized. The church father was simply unwilling to abandon his great library in Rome, which he had slavishly collected book-by-book “with great care and toil.” His guilt would bring on dedicated fasts, but only, he confessed to a friend, “that I might afterwards read Cicero. After many nights spent in vigil, after floods of tears called from my inmost heart, after the recollection of my past sins, I would once more take up Plautus.” He quickly added, “And when at times I returned to my right mind, and began to read the prophets, their style seemed rude and repellent.”

He was offended by the stylistic rudeness of the early Christian writings, the way the Hebrew language rolled off the tongue and—had it not been for the encouragement of his teacher, he would have abandoned his study of the book of Daniel completely, as the Bible’s greatest prophetic offerings simply paled in comparison to Quintilian and Cicero. In short, truth could never compete with the beauty of the pagan.

One might say Jerome was a human host split in two halves. And yet, he pondered of himself: “What agreement have Christ and Belial? What has Horace in common with the Psalter? Virgil with the Gospels? Cicero with the Apostle?”

According to his same letter, Jerome was on the eastward path for Jerusalem when, quite suddenly, he was caught up in the spirit and dragged before the judgement seat of the God. The light surrounding him was so bright, and those who stood around him so radiant, that he cast himself upon the ground, daring never to look up.

A voice then asked him who he was.

To this Jerome replied: “I am a Christian.”

“Thou liest!” cried the voice. “Thou art a follower of Cicero, not of Christ. For where your treasure is, there will your heart be also.”

It was his Saul on the road to Damascus moment. As one would expect of such comparisons, his life would likewise never be the same—or so he promised the Judge at the time. “If ever again I possess worldly books,” he vowed, “or if ever again I read such, I have denied thee.”

Jerome assured his reader as to the graveness of his encounter. “This was no sleep nor idle dream.” His friends would hold him to it. Regardless, his was a promise impossible to keep. The images of his former lovers had remained as furniture pieces neatly arranged in his mind. Those memories would prod at him, knock upon his better senses, muddle clarity, and ultimately reel him in. Ultimately, powers beyond him beckoned, and Jerome, weary of the fight, would change his oath before God within fifteen years of the vision. Rather than denying the Lord by settling into a pagan page turner, as he had once surmised, he agreed “to read the books of God with a zeal greater than [he] had previously given to the books of men.” For Jerome, it became a necessary compromise.

So legendary were Jerome’s insistences to bleed pagan verse into Christian literature that his one-time friend Tyrannius Rufinus of Aquileia—the two had studied together in Rome—not merely satisfied as his strongest intellectual and confrontational opponent, became intent rather on persecuting him. Jerome was not only accused of instructing a monk in Bethlehem to copy dialogues of Cicero, but of teaching the classics to his pupils. And in a letter to the monk Pammachius, Jerome openly insisted that one could study secular wisdom provided the reprehensible was met with discretion. The Roman orator Magnus sought to inquire why Jerome insisted in making use of ancient pagans in his ecclesiastic work; thereby “contaminating the sacred with the profane.” Though Jerome insisted to his critics that he had not read the profane authors since his school days, he did admit to reading them with an air of enjoyment, adding with the spice rack of nostalgia: “Must I then drink the waters of Lethe that I may forget?” In defending himself, rather ironically, the first figure which occurred to him was not taken from the truth of Scripture, but the beauty of mythology. For Jerome, profane literature was a captive of Christ, and could therefore be enjoyed—but to what end?

Well, for starters, that dream, he insisted, was probably misinterpreted for overzealousness, and was after all a dream—and only a dream.

His was a generation which pronounced such severe blows against paganism, notably the destruction of the temple of Sarapis at Alexandria and the worldwide prohibition of pagan worship in 392, that his willful abstinence from works directed against the occult-faith is telling. Perhaps, to be fair, he was unwilling to go along with the mob; unafraid to cross a picket line. Lack of team spirit would certainly arouse suspicion.

Or perhaps he was simply more honest about his hypocrisy—even if lame intellect attempted to distract from the compromise. Despite the surface level turning of tables across the Mediterranean, from the Senate floor in Rome to the streets of Alexandria, compromises were had—dire compromises. The pagan religion simply exchanged the image of a mother goddess with child for a blessed mother with child. The illustrious world of Homer remained and the ideals embodied by Plato reigned supreme. Finally hidden in plain sight, the beauty of paganism could and would thrive. To target the few loud mouth compromisers like Jerome, willing to publicize his own love of beauty over truth, would be unfair to the universal hush of the human heart in his generation and our own.

Today we are faced with the same charges. Are we not also charmed by Apollos muses? If we were the protagonist of Jerome’s dream, what name might the voice accuse us of following? If our extra-curricular lovers were to blanket our souls in death, what illustrations might engrave the sarcophagus of our intended rest? If our minds were a museum—the Louvre, if you will, what sort of furniture, artifacts of antiquity, human masterpieces, marble gods; more precisely, how much barren truth would fill its floors and ceiling in proportion to beauty? Whose eternal inheritance would they give testimony to—the tomb of the crucified Christ or the all-consuming fire prepared for Satan and his angels?

“For where your treasure is, there will your heart be also…”

Perhaps Jerome’s vision (or was it simply a dream) was not for him alone.