The Shroud of Turin & the Last Templar: The Man Inside Is King Arthur

AND THEN one day it occurred to me. Practically every portrait of Jesus in art resembles the image of the human figure in the Shroud of Turin. Some will tell me his likeness is based upon Caesar Borgia, but I fail to see the resemblance. That is another argument altogether, because even art historians’ comment upon Jesus and make the shroud connection. Artists would observe a split goatee and then draw one upon Christ. Uncanny. The image-bearer however is not Yahusha our Messiah, but that of Jacques de Molay, last Grand Master of the Knights Templar.

Already, I’ve managed to offend someone. At this very moment, a reader is preparing their rebuttal by opening up a thesaurus relegated to snooty French insults and name-calling. I challenge you then to prove to me how the Catholic Church is not the Mystery religion repackaged. They kept the same gods of ancient Egypt and Babylon, same doctrines and practices, but slapped the sort of names and faces upon their frescoes that a 66-Canon Bible believer could approve of. Everything about thee Catholic Church is a spiritually adulterous forgery. And yet, I’m somehow supposed to believe they’re finally selling something legitimate.

You will tell me that the Catholic Church snubs their own discovery while the Scientific community praises the cloth as proof of its legitimacy. Reverse psychology, I tell you. We’re expected to gush over the Shroud’s 1978 Scientific Examination, but for all I know, every single one of them was a carefully selected initiate or spook. Can we please stop saying Jesus was 33-years old when he died? Seriously, if this is something you insist upon, I think it’s safe to conclude you’ve been taught the 66-Canon by Freemasons. I could care less about carbon dating results or plant specimens or the fact that STURP included no experts on medieval art, archaeology, or textiles in their study. Anyone who follows my work should immediately recognize the big fat juicy steak dangled for us whenever our Slave Masters roll out Science with a capital “S” for show-and-tell. 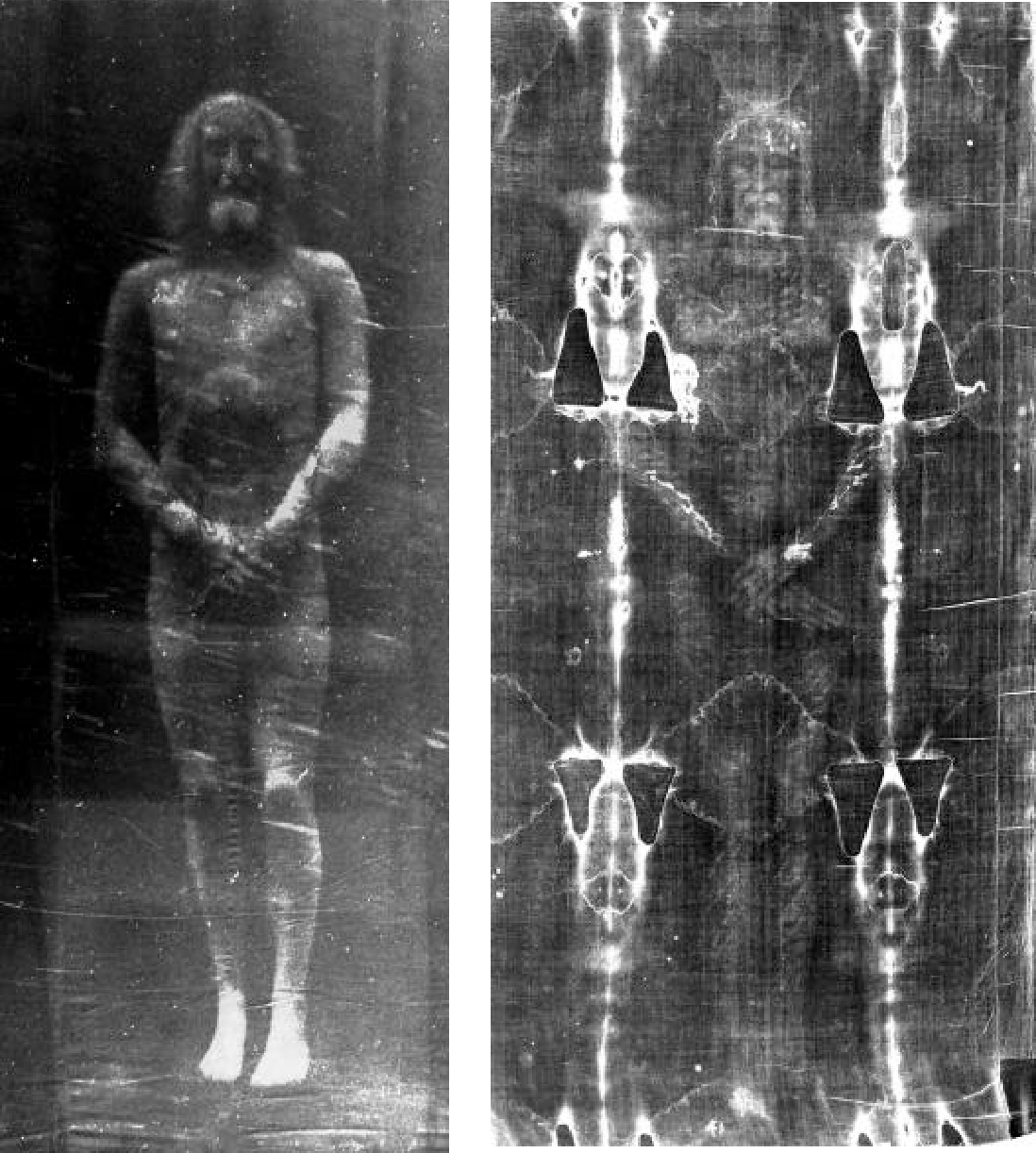 In his classic The Abolition of Man, C.S. Lewis wrote that “the serious magical endeavor and the serious scientific endeavor are twins.” That’s precisely what we’re looking at. Science. And Magic. Best of both worlds. It is in actuality and quite literally the holy grail, metaphysically speaking, because the Shroud is also an onion. One must begin peeling back layer upon layer in order to recognize its clever esoteric deception. Exoterically speaking, everything about the Shroud legend is a total hoax. And that includes Jacques de Molay’s final undoing, when in fact, metaphysically speaking, the man inside is Lancelot’s child, Sir Galahad.

It is purely wishful thinking to trace the Shroud before the fourteenth-century. The legends of King Arthur sprang up nearly two centuries earlier by authors such as Geoffrey of Monmouth and William of Malmesbury, both of whom are linked to the founding Templar’s. That very quest for the holy grail came to a close in 1307. 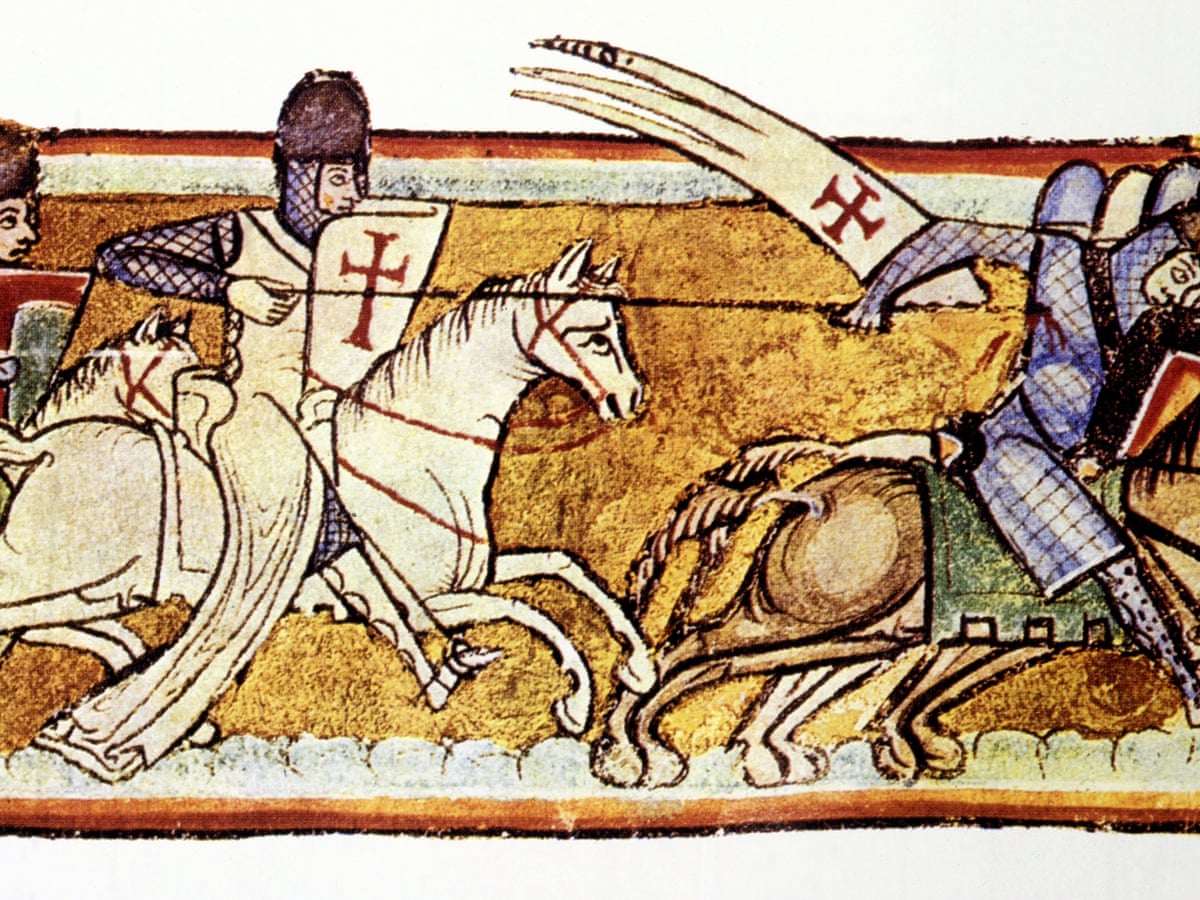 Shortly before daybreak on the morning of Friday, October 13, administers of King Philip the IV’s crown swept in upon Templar Knights who were still in bed for the night and arrested them. That’s the official story. Some reports involve as many as 2,000 Templars being rounded up in one fell swoop, while more conservative retellings place the number closer to 700, of which only 50 to 100 were knights. Freemasons Christopher Knight and Robert Lomas place that number as high as 15,000—in one night. Keep in mind, this is the same King Philip the Fair of France who somehow managed to kidnap Pope Boniface VIII in 1303, with the help of hired goons, and hold him hostage for three days. All scripted. The Templars did nothing. It is town locals, we are told, who were finally able to repel the child play. We are furthermore told there was no resistance from the Templars, despite a network of fortifications. Not even Jacques de Molay was protected. King Philip IV of France provided a stack of documents and then had them sent out by couriers an entire month before the siege, and yet not one senior officer warned any member of his brotherhood regarding the orders floating around. Even stranger is the significant number of the Templar Order who slipped away in the harbor at La Rochelle. As many as 15,000 arrests were not carried out until sunrise so that Templar’s might slip quietly into the night. An entire fleet disappeared and was never seen or heard from again.

The entire incident is a scripted hoax. 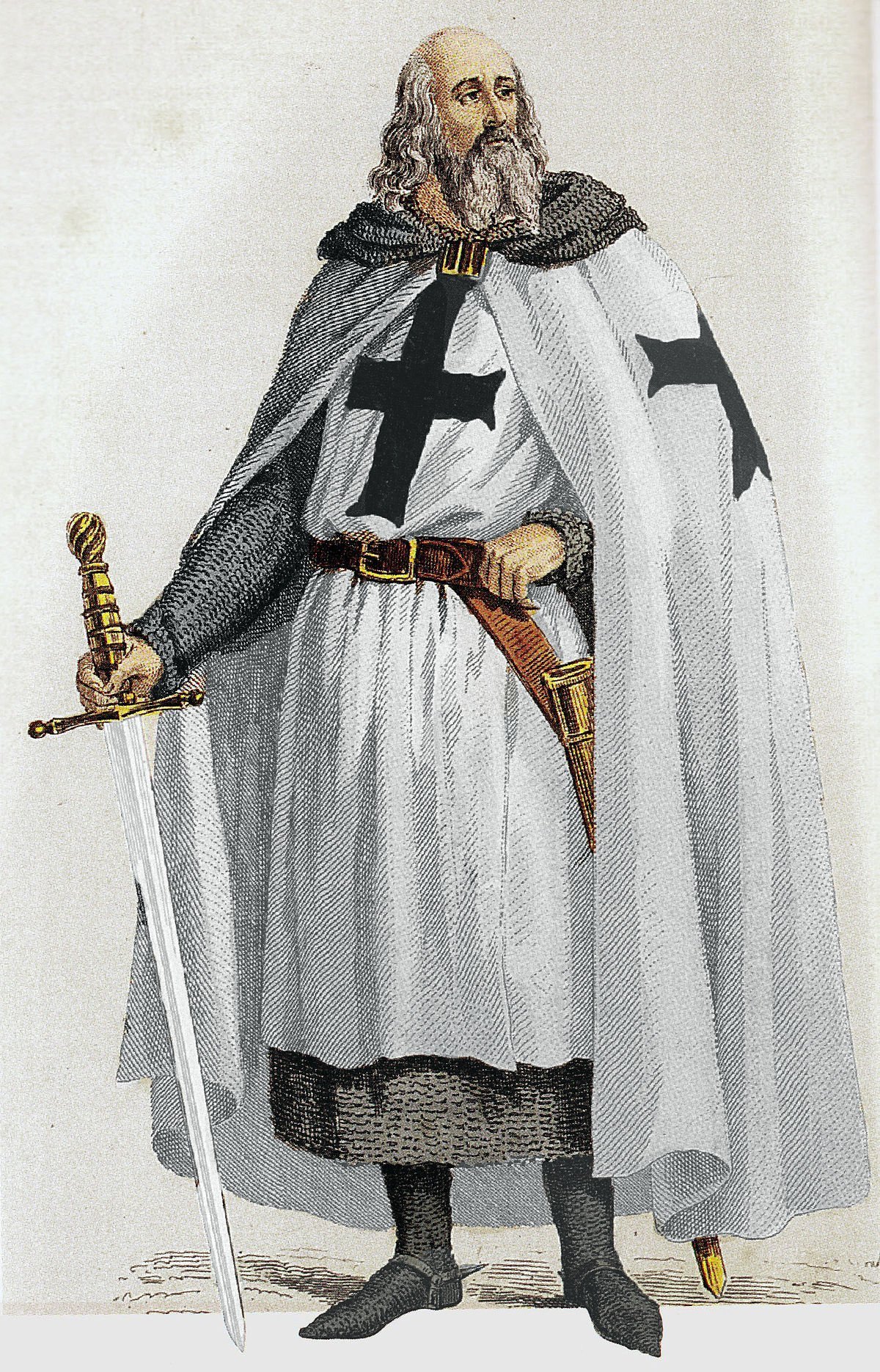 The stage performance becomes painfully obvious once William Imbut, the Chief Inquisitor of France, is capable of pulling some rather odd confessions from Templar John of Foligny regarding a windowless room, complete with a checkered floor, starry ceiling, and a box containing a skull, two thigh bones, and a white burial shroud. He is describing a Masonic meeting space.

Grand Master Molay answered only to the Pope of Rome. The man was 63-years old, and somehow, we are expected to believe he was given a mock-crucifixion in line with Christ, which included being nailed to a door, before being laid in a conveniently harbored Masonic burial shroud. Mm-hmm. The Grand Master lived to tell the story. They then tortured him all over again in 1314. He was reportedly burnt at the stake on the Ile des Javiaux in the Seine—no doubt observed by King Philip’s own version of the Pinkerton crew that witnessed the Lincoln conspirators hung.

Freemasonry wants you to believe that the Catholic Church purged Templars from her ranks, as if they were somehow a separate entity, when in fact all they performed was a disappearing magic act. The whole thing was a dummy sting operation from the start. They invented a straw man and then placed it behind the curtain so that, once it was pulled for its intended audience, no doubt gasping at the flatulence, accusations of Occultism might blindside them to their own reality. Truth in plain sight. For example, we are told they were “deceived by ancient error,” and admitted the denial of Christ in favor of another divinity. Both are true. Among their accusations were the worship of idols, perverted Sacraments, ritual murders, a heretical cord (every Freemason will wear one at initiation), and something about a “ritual kiss.” Do you see what they did there? Their Inquisitors projected when in fact practically everything described fingers the hoity-toity powdered faces of French royalty and the Vatican. If this kangaroo court is to be accepted, then no one would ever think the day in the life of a cardinal or a bishop is any worse. Ironically, the entire episode is played out like one massive “ritual murder.” 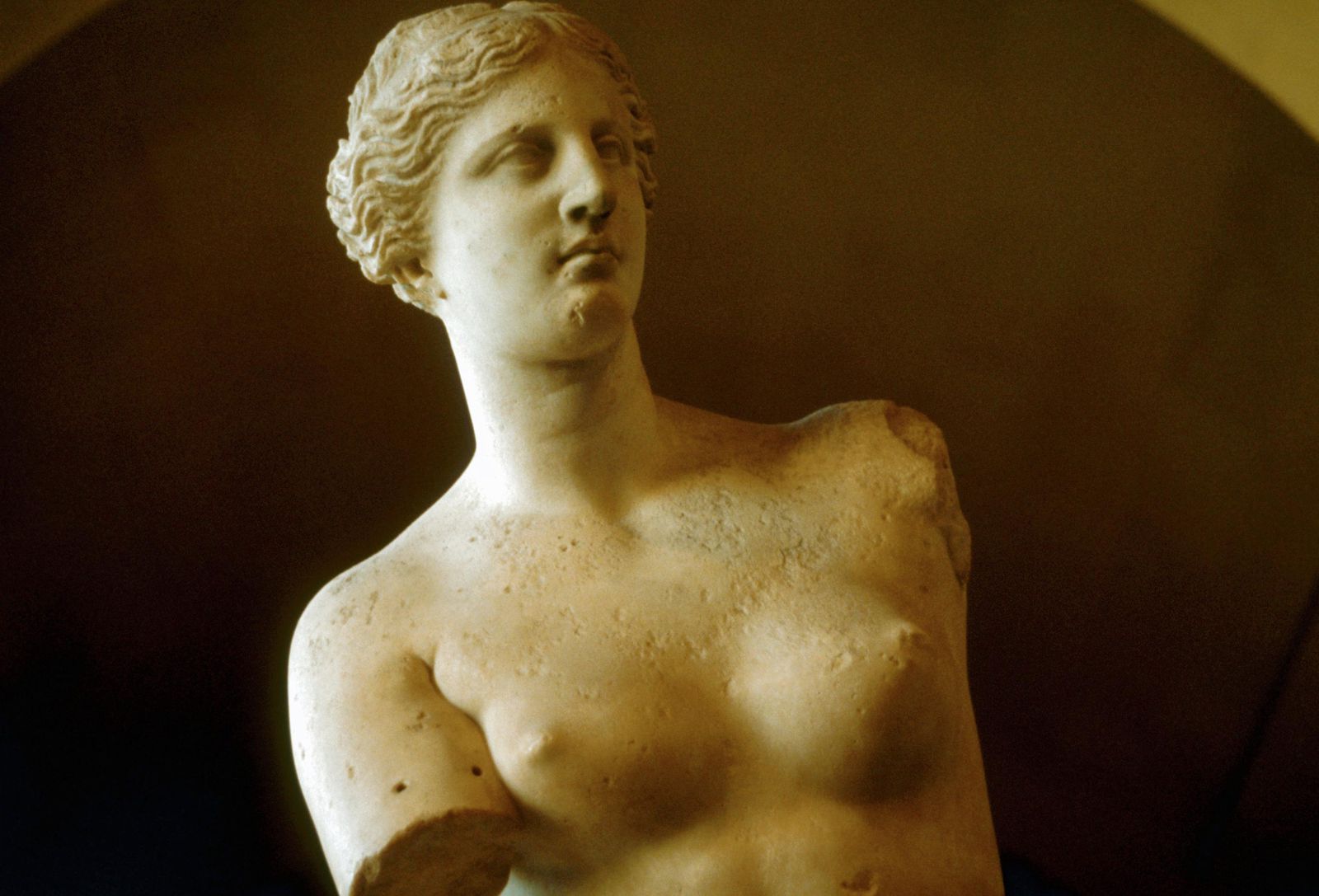 Friday the 13th. The date was chosen because the stars on their Masonic ceiling had aligned. Firstly, the sixth day of the week is attributed to the worship of Venus. But thirteen is extremely important. The number possesses an extremely potent feminine energy and is likewise considered to hold within its grasp death and rebirth, creation, fertility, and blood. I will go so far as to claim the day was carefully chosen over a two-hundred-year swath so as to coincide with the moon cycle in conjecture with the menstruating and ovulation of the Virgin goddess. A bleeding woman embodies divine and magical powers, while Friday the 13th worships the Divine Feminine that lives within us all. The letter M is also the 13th letter of the alphabet. Mary. For an added two M bonus, Magdalene. Consider the fact that the following prayer to the Virgin is scripted in precisely thirteen words.

“O Mary, conceived without sin, pray for us who have recourse to thee.”

The image in the Shroud is most certainly Molay’s. Nothing about the narrative however leads me to believe that Molay and the members of his Order were tortured and killed. Thousands of neophytes were quite easily rearranged on the European continent, given prominent desk jobs, probably as governors or bankers. For all I know they shoved off for the grand Tartarian cities of North America. The Roman propagandist Josephus records that the Essene community believed all good souls resided beyond the ocean to the west. From beginning to end, Friday the 13th was a pscyhodramatic exercise related and intended for the alchemical workings of immortality.

Templars kept a white linen shroud in order to wrap their candidates for senior membership, as they underwent ritualized death and resurrection to their new life. To this very day, Freemasons still do. The heretical cord is a noose.

As the Templars last Grand Master, Molay directed our attention to one of the greatest Mysteries of all. The art of the hieroglyph. Where is the esoteric value in Caesar Borgia? We’ve been staring at the holy grail all along.

The holy grail is knowing thyself— 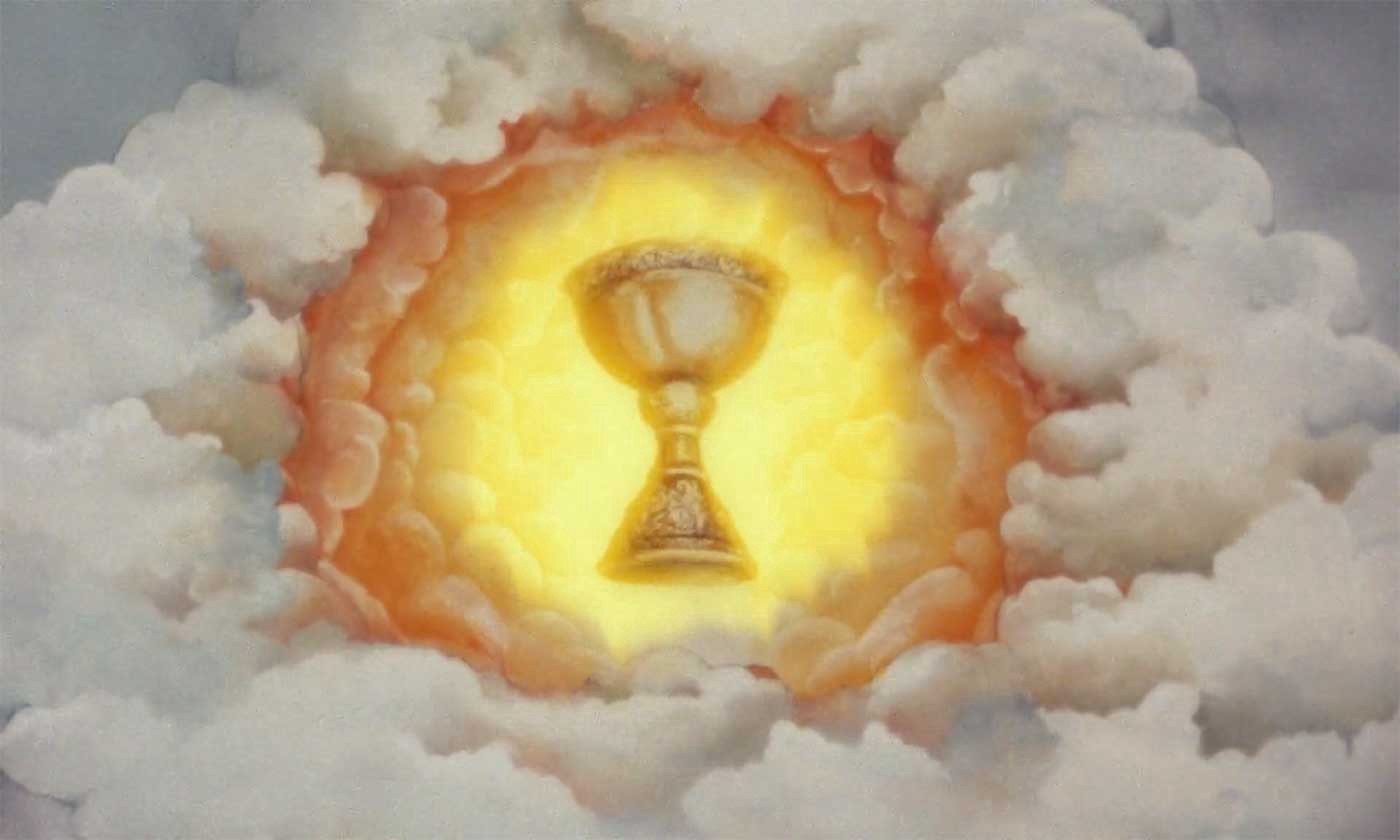