The Potpourri Calendar of Today

A combination of incongruous things.

We have been brought up in a society that we have been told is the way it is and the way it always has been. Take for instance the calendar and keeping time today.  What calendar do we use?  Where did it come from?  Who does it belong to?

This calendar is so engrained in our everyday life that we can’t imagine it  not being from YHWH. And that is what we have been taught.  Moses stated in Deuteronomy :

And take heed, lest you lift your eyes to heaven, and when you see the sun, the moon, and the stars, all the host of heaven, you feel driven to worship them and serve them, which the Lord your God has given to all the peoples under the whole heaven as a heritage.

What is he saying here?  We don’t see the application to us in this because we say we do not worship these things.

Do any of you remember what was revealed to you about Christmas, Easter,  and the other pagan holidays?  When we were ignorant of their origin, we never saw them as worshiping any gods but, that is just what we were doing.  Oh, there was a thick veneer of “Christian” lacquer poured over them to hide the true origin, but these were pagan holidays celebrating certain pagan gods.  Tammuz, Ishtar, Molech, Nimrod, Spring goddess of fertility, etc.  And when we opened our eyes to this, many of us turned from them and learned Father’s moedim (appointed times). We did our best but still pasted YHWH’s days to that very pagan calendar.     We face this same scenario with the calendar we use every day.

Now I am aware it is the only calendar we have to make appointments in this world.  We really don’t have a choice if we want to keep track of dates for daily affairs like dentist appointments, wedding dates, birthdays, and so on.  However, when we cling to that same calendar to fit Father’s times on  we have just given pagan gods precedence over His pure timepiece and calendar.  What do I mean?

This present-day calendar was constructed by Julius Caesar around 45BC.  The “week” was disconnected from the phases of the moon and a pagan god was placed over each of the days according to their rank in the sky. You have Sunday (sun god), Monday (moon god), Tuesday (Mars god), Wednesday (Mercury god), Thursday (Jupiter god), Friday (Venus god), and Saturday (Saturn god).  At the beginning, Saturn ruled over the first day of the week. You see, the original Roman calendar before Caesar changed it was also lunar based.

We have lived with this calendar for a very long time!  It is only natural to think it’s the only one that ever existed. Satan has done a bang-up job wrapping layer after layer like an onion around the calendar issue till you cannot even see Father’s true one He set up at the beginning of creation. What are these layers?  The week is now separate from the month, the month is determined by the sun, the year starts in the middle of winter, the day starts at midnight, the moon is totally ignored in it’s true purpose.

“Babylon the great has fallen, and she has become a dwelling place of demons, a prison for every unclean spirit, and a cage for every unclean and detestable bird!……. .” 4 And I heard another voice from heaven saying, “Come out of her, my people, lest you participate in her sins, and lest you receive of her plagues.

As many of us opened our eyes and heart to examining the road we were on, we realized through studying different accounts in history the collection of errors of the teachings we walked in. We learned by reading the scriptures through renewed vision of who we truly are as YHWH’s seed, that His way, His ancient path has been overgrown with weeds, like the hanging gardens of Babylon, made by man’s rules and traditions and cunningly led by the god of this kingdom.

As we have learned more of YHWH’s truth and pursued His ways, we have been slowly coming out of Babylon.  However, we must continue to flee from her and not be identified with her in every area of our lives as possible.

We must set aside the cognitive dissidence that stops us from learning the truth in this area of the calendar as well.

Let’s start by pealing away the onion layers one at a time.

One. Because of the dominance of the week on the calendar, we have been ruled by these gods and deceived into believing the week is sovereign over all other time positions. We have even been instructed through our lives that this is the true ”creation week”.   But, what does it really say in Genesis 1?  Gen 1:5  God called the light Day, and the darkness He called Night.   The very first “time element” was the day. Each creation period was a day.   The  word week is not even used until Genesis 29:27 and that has to do with the wedding week or the first seven days of marriage. Still, we are hung up on the week being sovereign and you can’t veer away from it in any way.

Two. The sun determines the months on our calendar but that is not what YHWH setup.

Then God said, “Let there be lights in the firmament of the heavens to divide the day from the night; and let them be for signs and seasons, and for days and years;…..16  Then God made two great lights: the greater light to rule the day, and the lesser light to rule the night. He made the stars also.

He appointed the moon for seasons; The sun knows its going down.

The very word for month in the scriptures is moon. Example:

You can’t get away from it in the bible, but we ignore it and its true purpose on our modern calendar.  The  new moon starts every new month and counts off the days by its phases.

Three. We automatically look at January as the beginning of a new year.  Why?  Again, we honor another pagan god – Janus.  Janus has two heads. One looking back – should old acquaintance be forgot.  And one looking  forward – resolutions for the coming year.  The Jewish calendar marks the 7th month as the head  of the year – man’s traditions.  But, Father made Abib the first month of the year.

Now the Lord spoke to Moses and Aaron in the land of Egypt, saying, 2 “This month shall be your beginning of months; it shall be the first month of the year to you.

Four. Our day starts at 12 midnight. The Jews start in the evening.  But Father setup daybreak as the beginning of the day.

But it came to pass on the seventh day that they rose early, about the dawning of the day, and marched around the city seven times in the same manner.

Then he arose early in the morning on the fifth day to depart, but the young woman’s father said, “Please refresh your heart.” So they delayed until afternoon; and both of them ate. 9  And when the man stood to depart–he and his concubine and his servant–his father-in-law, the young woman’s father, said to him, “Look, the day is now drawing toward evening; please spend the night. See, the day is coming to an end; lodge here, that your heart may be merry. Tomorrow go your way early, so that you may get home.”

The moon counts off the days of each month by the waxing and waning. And heralds in a new month  with its new sliver appearance. The word for “month” in scripture is “moon”.

The moon is used for the moedim.

Speak to all the congregation of Israel, saying: ‘On the tenth day of this month every man shall take for himself a lamb, according to the house of his father, a lamb for a household. …..6  Now you shall keep it until the fourteenth day of the same month.

And Elohim said, “Let lights come to be in the expanse of the heavens to separate the day from the night, and let them be for signs and appointed times, and for days and years.

He made the moon for appointed times; The sun knows its going down.

I will ask again.  Whose calendar do we follow?  It is definitely NOT YHWH’s.

In the next  articles to follow I will  hopefully open up your eyes to understanding the true timepiece and calendar of YHWH.   I challenge you to keep your opinions to yourself until you have truly examined ALL research that I present and you have studied every single quote I have found in ancient writings and in scripture as thoroughly as I have.

Opinions are buckets full of holes.  Only truth holds up.

The next article – Examining the “sovereign perpetual” creation week. 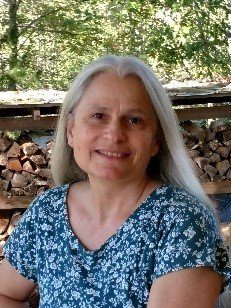 Diane Covher was born  in 1951 in St. Paul,  Minnesota into a family of six. She has always been fascinated with small things (miniatures) and the details of small things. Her attention to detail has earned her  the reputation of not only being a superb housekeeper but also rarely forgetting the details of life no matter how far back you go.

Diane has pursued, researched, and followed the leading of her heavenly Father to uncover His truth in this matter since 2011.  She loves YHWH with all her heart.  The most important thing to her is following up on every puzzle piece to put this truth together for others to read. To follow YHWH’s instructions is life.