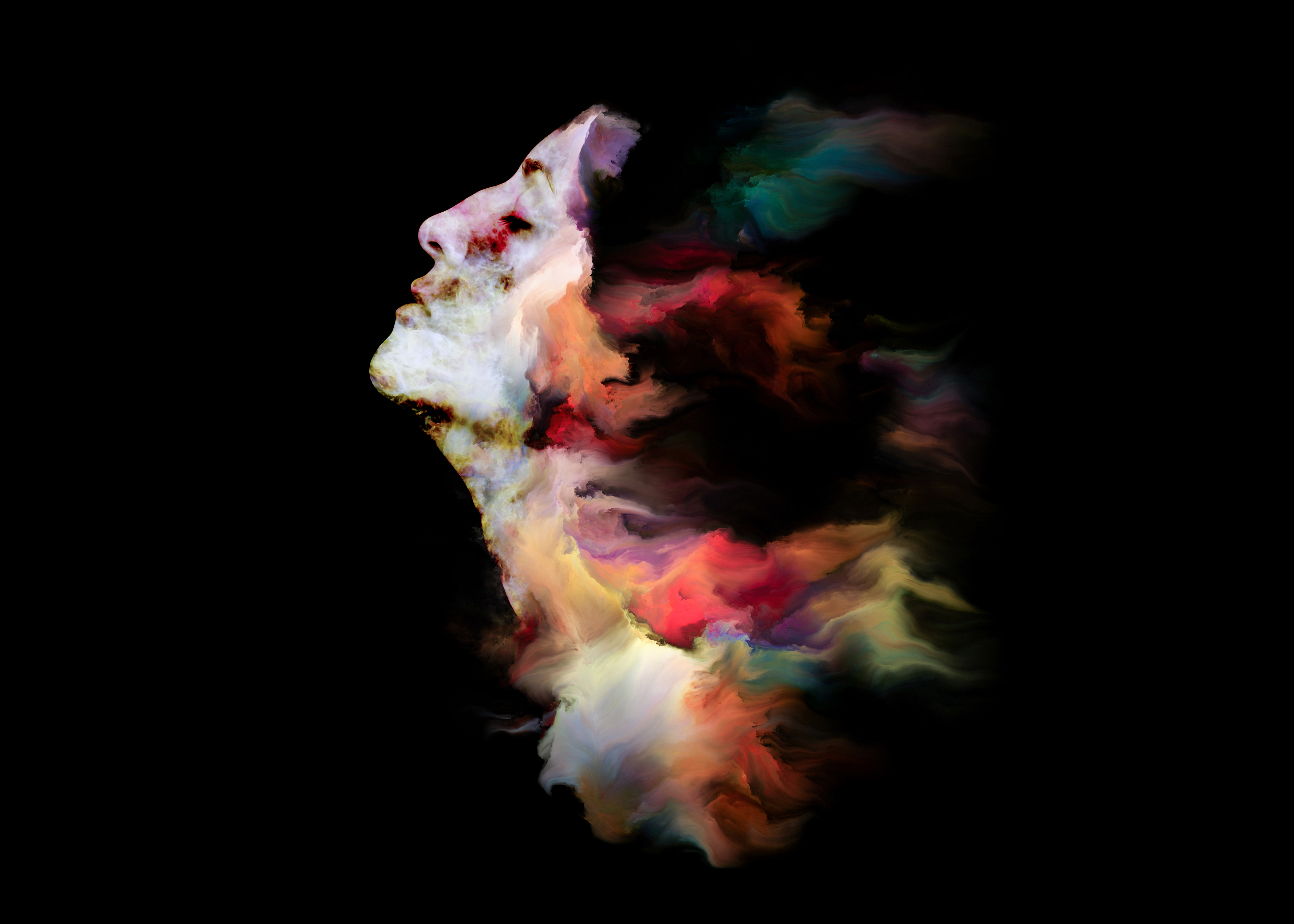 THE SEVENTY SHEPHERDS WERE LIKELY REJOICING from the frosty, windswept slopes of the Golan Heights, hungry and salivating for a scattered flock, the very day when the last prophet of Israel took unto himself a wife of whoredoms. The word of Yahweh had come unto Hosea. He said: “Go, take to yourself a wife of harlotry and have children of harlotry; for the land commits flagrant harlotry, forsaking Yahweh (Hosea 1:2).” Hosea’s sentiments are not made known to us. All we are given is that he did exactly what he was told. The wife whom he chose, her name was Gomer, was likely morally pure at the hour of their vows—a virgin. She soon thereafter conceived and bore him a son. At Yahweh’s instructions, Hosea named him Jezreel, which means God sows. “For yet a little while, and I will punish the house of [king] Jehu for the bloodshed of Jezreel, and I will put an end to the kingdom of the house of Israel.”

It was at the royal palace in Jezreel, slightly more than a century earlier, where Jehu was determined to overcome the last formal obstacle to his kingship, and triumphantly entered. Every descendant of Ahab had to go. Only one remained. Upon hearing of his arrival, Ahab’s widow painted her eyes and adorned her head. The wicked queen Jezebel then looked out the window.

Jehu was not seduced.

Two or three of her own trusted officials did as Jehu commanded. The horrors of her scream was perhaps bested only by a crackling thud and the striking silence to follow, when a splattering of blood painted her palace wall and adorned her horses. As Jehu trampled her underfoot in order that he might enter into the palace to eat and drink from the table that was now his, one would think the binding was closed on one of the wickedest dynasties in Hebrew history. But there was still one final paragraph which needed filling. When his attendants went to bury her, as soon as his appetite was quenched, they found nothing more of her than a skull and the feet and the palms of her hands. Even her own dogs, apparently, had turned on her.

Hosea’s firstborn son was named Jezreel after the very soil which was fertilized by Jezebel an entire century earlier. Jezreel however would remain the only child of Hosea’s seed. But that is not to say that he would be Gomer’s last.

His wife then conceived and bore a daughter.

Said Yahweh, “Call her Lo-ruhamah, for I will no longer have compassion on the house of Israel, that I would ever forgive them.”

She then conceived and bore another son.

Said Yahweh, “Call him Lo-ammi, for you are not My people and I am not your God.”

Though the full measure of Gomer’s discontentment, particularly the number of lovers she bedded with, is not known, our imagination is not to be undermined. When Hosea finally succeeded in tracking down his wife, Gomer had sunk to such wretched undesirable depths, likely indebted into the service of a cult prostitute, that she wasn’t even valued at 30 pieces of silver—the going rate for a slave (Exodus 21:32). He redeemed her anyways. He purchased his own wife for fifteen pieces of silver and a helping of barley, food fit only for barn animals.

Like Gomer, the northern kingdom of Israel had gone to lovers who supplied her with the bread and water, the wool and flax, the oil and drink which she desired. Even Yahweh’s good gifts, she claimed in her willful ignorance, were attributed to the bounty of her extra-marital providers. She had bedded with so many divine spirits that there was no longer any truth, not even knowledge of their Elohim, in the land. They wanted His consort instead. Israel preferred the queen of heaven. For this reason, her children were to plead with her as a sort of last ditch effort, because the prophets had been ignored. Unless she put away her whoredoms, her adulteries from between her breast, Yahweh would “strip her naked in public, while all her lovers look on. And no one will be able to rescue her from [His] hands.” Furthermore, Yahweh would expose her “as in the day that she was born, and make her as a wilderness, and set her like a dry land, and slay her with thirst.” Yahweh would build a wall so large that she would never find her way through the thickets home.

In this manner, He would put an end to her gaiety, her feasts, her new moons, her Sabbaths, and all her solemn feasts, adding “and I will destroy her vines and fig trees.” Essentially, Israel’s very identity would become strange to her.

722 BC. That was the year that Yahweh divorced Israel. Hosea barely had time to let the pigment dry on papyrus. Over a century later the Judean prophet Jeremiah would write:

And I saw that for all the adulteries of faithless Israel, I had sent her away and given her a writ of divorce

Attention must be called to the Mosaic Law, namely Deuteronomy 24:1-4. By law, a husband is not permitted to remarry a wife whom he has divorced due to immorality.

Israel was through. Had the divine princes of the surrounding Gentile nations tired of them, or should they be usurped from the throne of their providence, or conquered, by other members of the diverse pantheon, Yahweh still had no legal rights to restore them. Jeremiah wrote, “They say, if a man put away his wife, and she go from him, and become another man’s shall she return unto her again? Shall not that land be greatly polluted?” And by the way, this is not to say that Judah did not also play the part of the harlot. Jeremiah would add:

…yet her treacherous sister Judah did not fear; but she went and was a harlot also.

Her harlotry challenged Yahweh to take similar action as with her sister Israel. This was accompanied by an invitation to repent—an additional 136 years’ worth. Meanwhile in Gehenna, they sacrificed their children to the flames while the Temple of Yahweh looked on. Under the shadow of the Temple, idols filled households. Like Israel before them, they also went whoring after Yahweh’s supposed consort, Asherah, the queen of heaven. And then one day, the prophet Ezekiel observed with his own eyes as the Shekinah glory, accompanied by members of His heavenly host, left the Temple behind. If they did not want him as their Elohim, then He would not have them as his people.

18 Then the glory of Yahweh departed from the threshold of the temple and stood over the cherubim. 19 When the cherubim departed, they lifted their wings and rose up from the earth in my sight with the wheels beside them; and they stood still at the entrance of the east gate of Yahweh’s house, and the glory of the God of Israel hovered over them.

In turn, the Temple was free to burn. The year was 586 AD when the southern kingdom of Judah was utterly humiliated by their Babylonian captors. The prophet Jeremiah lived to see it. Much of his ministry was defined with the wet of papyrus, no doubt attributed to the sogginess of his tears rather than the stain of pigment. Concerning Israel and Judah’s demise he wrote: “Israel is a scattered flock, the lions have driven them away. The first one who devoured him was the king of Assyria, and this last one who has broken his bones is Nebuchadnezzar king of Babylon (Jeremiah 50:17).” Among those taken into captivity was the young prophet Daniel. Neither he nor Jeremiah and Ezekiel would live to see Judah restored. But unlike Judah, who served a 70 year sentence, the northern kingdom of Israel would make no such return.

That mystery would not be resolved before the Old Testament came to an end.