ONE CANNOT help but wonder, in the midst of his desperation, if the honorable captain of the kings host in Syria had already gashed himself with knives, perhaps even commissioning others to perform the sacred rites, only to be told by the high-priest that Baal was away on business, or had fallen asleep, or was perhaps occupied with his consort and not to be disturbed, before he succumbed to the far more drastic approach—turning south, into enemy territory, for Israel.

Naaman was a leper. And Baal was destitute of help.

The tip-off would arrive through a Hebrew slave girl, we are told, and who had been taken captive by companies of the Syrian guard. As circumstances would have it, she waited now upon Naaman’s wife. Despite the conspicuous evil among her aboriginal people—and Joram (son of wicked Ahab), king of their boundless obstinacy—a glimmer of hope remained of the old religion. Though Elijah had been taken away by a whirlwind, and had yet to be seen again, the maiden had heard stories of another man of God, a successor, who had risen up in his stead. “If only my master were with the prophet in Samaria,” the little girl explained, “then he would be healed of his leprosy!”

With Naaman’s arrival in Samaria, the king of Israel was not pleased, particularly the letter which accompanied him. The king of Syria had authorized Joram to restore his servant Naaman to good health, or rather, as Joram saw it, had placed the burden of deliverance upon his government. Israel’s king rent his clothes in horror. Leprosy was a death sentence. To heal a man of leprosy was equivalent to raising the dead. Never mind the fact that Elisha had already raised a boy to life. Despite initial appearances, Joram was not a man after God’s heart. There is not one Israeli king on record who did right in God’s sight. Like his father Ahab before him, who had a particular distaste for Elijah, Joram did not think much of his successor either, despite the fact that the LORD had miraculously provided water through Elisha for  his soldiers and cattle. Then again, provisions were not granted for Joram, or his ally, the king of Edom. Elisha acted for the king of Judea. Jehoshaphat was a friend of God.

“As Yahweh of hosts lives, before whom I stand,” he said, “were it not that I regard the presence of Jehoshaphat the king of Judah, I would not look at you nor see you.”

Apparently, their feelings were mutual. Joram didn’t regard God either.

When Elisha heard that the king of Israel had fallen into despair, he sent word to Joram, saying: “Why have you torn your clothes? Let him come unto me, and he shall know that there is a prophet in Israel.”

Naaman did not delay his arrival. Horses and chariots almost immediately greeted the very doorway of Elisha’s house. But Elisha did not come out to receive him. Perhaps he was away on business—we are not told. Rather, he sent him a message. It simply read: “Go and wash in the Jordan seven times, and your flesh will be restored to you and you will be clean.”

To say, with a shrug of indifference, that Naaman was simply offended is to not recognize the sting of a slap across the cheekbone. It must have seemed as proof enough that Israel was another backwater society filled with the stagnate speeches of cultural yokels and hayseeds. “Are not Abanah and Pharpar, the rivers of Damascus, better than all the waters of Israel,” he said. “Can I not wash in them and be clean?” For starters, the rivers of Damascus were conveniently closer than the Jordan. They were far more prestigious than the Jordan, sharing no comparative source—and where health was concerned, they were cleaner than the Jordan. Suffice to say, Naaman was not impressed with geographical Israel, its people, or its God.

His story may have ended on quite a different note, had it not been for his wise servants, who pleaded with him, that he might reconsider the prophets’ instructions. There was nothing cryptic about his words. No wizardry was involved. There would be no fireside dances, whereas the pleading prophet might work himself into a hypnotic, knife-wielding, drug-induced state; and no orphic ceremonial rites to be shared. His methods were certainly not concealed. And considering what he had already committed to with Baal, had Elisha told him to perform some great deed, would he not have also committed himself to the task? “How much greater then,” they insisted, “If Elisha merely instructed him to wash and be clean.”

Their logic was sound.

So Naaman went down and dipped himself seven times in the Jordan, as were his instructions, “and his flesh was restored like the flesh of a little child, and he was clean (1 Kings 5:14).”

Upon returning to the home of Elisha with his entire company, the man of God met him. There were two lessons which could immediately be learned here. Firstly, Joram would most certainly have followed through with the news of their meeting, and was once more strained to face the facts, that a true prophet did indeed advocate for the one God of Judea and Israel. And secondly, by not having initial contact with the holy man he sought after, there would be no confusion as to who he was healed by—certainly not man! To Elisha he affirmed: “Behold now, I know there is no God in all the earth, but in Israel!”

Despite how Naaman might have initially felt about Israel’s suitability, her cultural handicaps, the quality of the Jordan and terrain when comparing the world’s great rivers and mountain ranges, his heightened education now relied not only on God, but the land He reigned over. After insisting to monetize Elisha’s efforts, yet repeatedly failing to convince him of its benefits (the man of God firmly dismissed his every offering), Naaman then proceeded with what Biblical scholars, preachers, and teachers have long considered a rather peculiar request.

God’s gift of salvation was free.

This would indeed present itself as a strange solicitation of his spiritual needs if their theology did not align. Holy ground was an important component of Hebrew doctrine. When in the presence of the Angel of Yahweh at the burning bush, Moses stood on holy ground. Some decades later, Joshua did too. But there’s more. Naaman affirmed a belief in the geographical division of land among deities, as Deuteronomy 4:19-20, 32:8-9 and Psalm 82 attest to. The territory of surrounding nations belonged to other elohim because God had decreed it. This is why the dirt was so important to Naaman’s conversion. His allegiance to the one God of Judea and Israel was correlated to the dirt which He administered. In an ironic twist, the recent convert, given new life from the leprous death which had identified him among his Syrian contemporaries, was now returning to enemy territory—the land of Baal. On a spiritual level, Naaman was prepared to wage a cosmic turf war.

Perhaps they were a strange and confused people, Naaman may have contemplated on his return journey. While Israel regurgitated the wretched stench of idolatry, coveting the heirlooms of other neighboring gods, each of whom ruled over disowned peoples on foreign soil, Naaman delighted in what they forsook—their own birthright. He was adopted by the one God of Judea and Israel. He chose an eternal inheritance. However Naaman may have settled into the holy lands cosmic geography, particularly in light of her people who rejected their God, it would be difficult to conclude that he or any other convert—save for a few prophets—would even begin to dream that Israel’s days were numbered.

There is one more unexpected twist to this story. While Naaman started northbound for Syria in the company of his servants, Gehazi, Elisha’s only recorded servant, ran after him. When Naaman saw the servant of the dear prophet attempting to pursue him by foot, he halted his caravan and stepped down from his chariot.

Gehazi asked for payment. Elisha, he said, had changed his mind.

The joyful convert was pleased to hand it over. 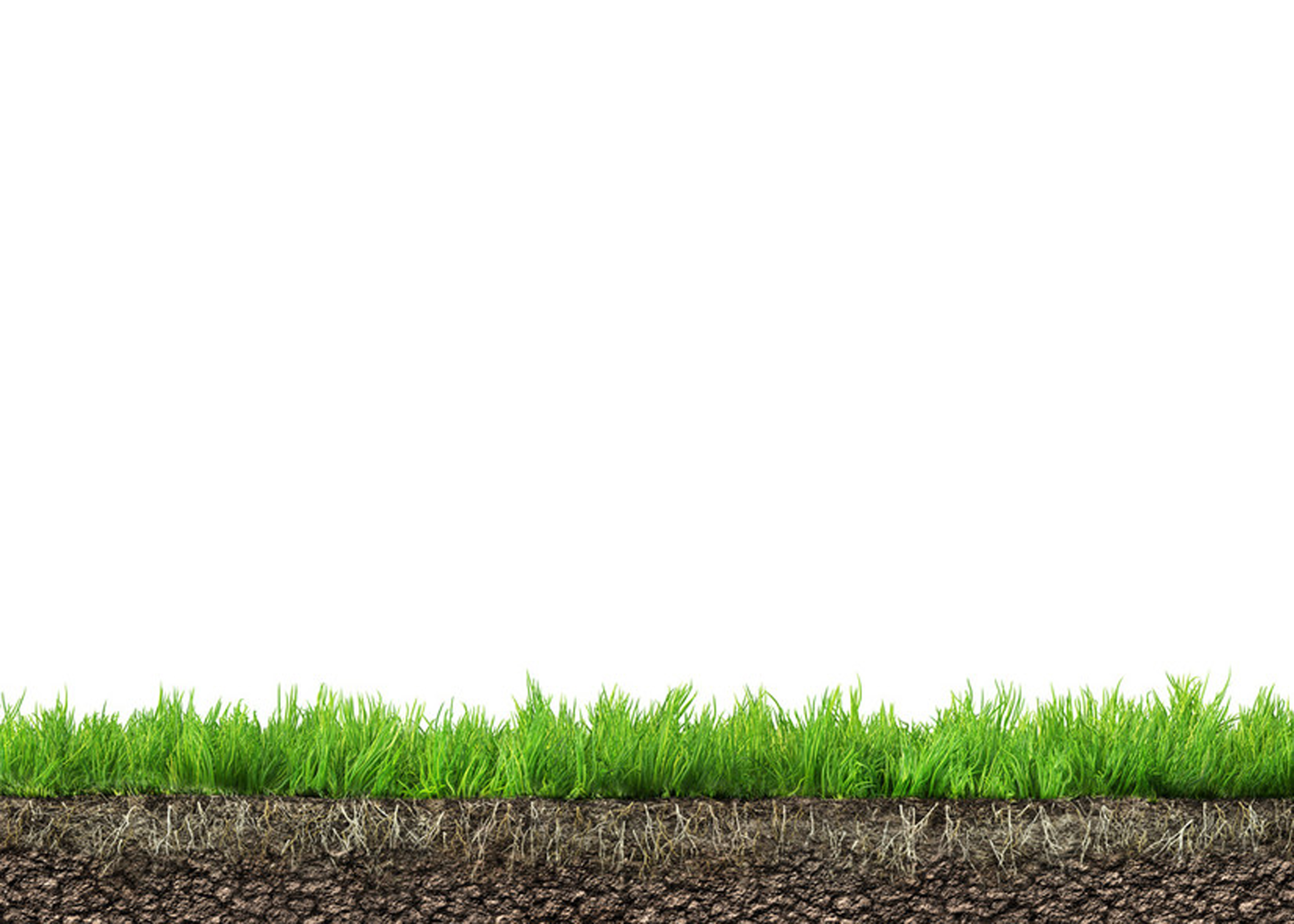