The Ancient Hebrew Pantheon According to Psalm 82

THE HEBREWS were still hopelessly captive in Babylon when the Prophet Daniel had a rather hopeful vision. “As I continued looking,” he wrote of heaven, “a multitude of thrones were set up and the Ancient of Days took His seat amongst them.” Much earlier on, the Bibles aboriginal writer began the book of Job describing a day when the sons of God came to present themselves before Yahweh, and Satan arrived also among them.  The prophet Micaiah would have a similar vision involving a lying spirit in the midst of God’s council. Likewise, the Bibles final writer saw the thrones of Daniel’s earlier vision. The Apostle John described those who sat upon them as “twenty-four elders.” The wisdom literature of Job, combined with the visionary books of Daniel and Revelation, and the historical documents of Kings, not overlooking every other Holy Spirit breathed Scripture combined, all agree. Divine beings surround the throne of Yahweh. In slightly other terms, they are lower-case “gods.” They are the elohim.

“God [elohim] standeth in the congregation of the mighty;

The concept of a divine assembly of gods was long held by the Sumerian, Akkadian, Babylonian, Egyptian, Canaanite, Greek, Roman, Celtic, and Nordic religions—and at the threat of shrugging such belief off as mere misguided superstition, the true religion of the Hebrew Prophets and Apostles also held to comparable views. There is however a dominant difference between the heavenly pantheon of Israel and every other neighboring countries appraisal of gods. For the Hebrew, there is firstly the Elohim of Israel, and then there is, quite secondly, every other elohim who is subservient to Him, either real or manufactured, elohim creature or Nephilim demon, imperfect or in rebellion.

They sacrificed to demons [lasedim] who were not God, to gods [elohim] whom they have not known, New gods who came lately, Whom your fathers did not dread

Human tradition has befuddled us with much. Even among our most well-intended and deeply devoted Bible studies, how often have we glossed right over passages concerning God’s immovable and enclosed world and the mortal soul? Likewise, it may surprise most to learn that the divine pantheon of creatures in heaven are deeply embedded in the Hebrew Bible, and just as importantly, command a central role in its cosmological narrative. Unmistakable references to God’s royal throne room in heaven and His entourage of elohim occur in all three portions of Old Testament Scripture—the Law, Prophets, and Writings; in all major literary genres—narrative, historical, prophetic, poetic, liturgical, wisdom, as well as visionary; and in the earliest to latest dated materials, all of which encompasses the breadth of human history from the earliest moments of creation to the eschatological arrival of the Messiahs Davidic kingdom on earth. The conception of a host of divine, angelic, and other heavenly beings has always been present in Hebrew thinking, even from its very conception, so much so that those who worshiped Yahweh could not conceive of Him in another fashion. In recent decades, historical scholars have noted that the Hebrew position surrounding a pantheon-like council of the divine was immensely popular, a belief which was exercised in widespread practice. New Testament writers would not stray from the Hebrew vision.

This is a lot to unpack.

In order that we might view the assembly of God as the Prophets rightly saw it, and in as simple and clean a manner as possible, we shall therefore employ the pen strokes of Asaph for our guide. As one of the three Levites commissioned by King David to be in charge of singing in the house of Yahweh, he also served in the administration of Solomon his successor. Asaph’s contribution to the Bible includes twelve psalms, numbered as 50 and 73–83 in the Masoretic Text, and though it is considered by some that he may not have been the direct author of these psalms, it is likewise a valid point, conclusively, that he may have transcribed the very words of David. Regardless, Asaph the man is not under interrogation. Psalm 82 is. Asaph perhaps best exemplified the ancient Hebrew worldview—but in a way, he does it better. With Psalm 82—and in as little as eight concise and beautifully scripted verses—he managed to capture what many today and Christians throughout the history of sainthood would otherwise assume was a superstitious and wholly disposable belief. Yet Asaph managed to make it Biblical.

1 God [elohim] standeth in the congregation of the mighty; He administers judgement in the midst of the gods [elohim].

2 How long will you judge unjustly and show favoritism to the wicked? Selah

3 Judge on behalf of the helpless and the orphan; provide justice to the afflicted and the poor.

4 Rescue the helpless and the needy; deliver them from the hand of the wicked.

5 They do not know or consider. They go about in the darkness, so that all the foundations of the earth are shaken.

8 Rise up, O God, judge the earth, because You shall inherit all the nations.

Psalm 82 thematically falls in line with much of Asaph’s work. Judgement is his preliminary concern. The only difference here is that Asaph throws the modern post-enlightenment reader into a dizzying tailspin. One might immediately ask why God needs a council of elohim to exact His judgement. God needs elohim for the same reason the He needs people. He doesn’t. Regardless, this is how the cosmological make-up of God’s creation functions. Through the members of His divine council, the Creator maintains order over His creation—especially the affairs of men. Their collective business takes on various aspects. While some recorded acts include the praise and worship of Yahweh or serving as captains and soldiers in the LORD’s military unit, among other calls of duty, theirs is often judicial—and always on a cosmic level.

Their first recorded conversation is as follows.

Moses’ employment of such phrases as let us was not confused by his intended audience. Those who crossed through the red sea and later the banks of the Jordan unquestionably understood this to mean God’s consultation with His elohim assembly in heaven. Frank Moore Cross, Professor of Hebrew at Harvard University, has noted: “In both Ugaritic and biblical literature, the use of the first person plural is characteristic of address in the divine council. The familiar we has long been recognized as the plural address used by Yahweh in his council.” Much later on, it is the early post Apostolic Fathers who altered the intended meanings of the plural to reference the pre-incarnate Messiah Jesus as a person of the Trinity.

My reader will be sorely mistaken to conclude that I do not uphold the Biblical truth that is the Godhead. The Godhead is indeed Biblical. God is one, perfectly embodied by the Father, Son, and Holy Ghost. But the council of elohim is not an argument which should be used for it. Actually, as we shall come to find, Psalm 82 and the elohim exemplify the Father and Son relationship of Yahweh in spectacular ways which most of us have never yet imagined. What’s more, Psalm 82 is a delightful doorway into the Gospel narrative, which seeks to exact the three-act structure of Israel’s messianic story of allotment, judgment and inheritance. This I hope to expound upon.

Sometimes that’s all it takes—one sentence; one chapter; a single world finally comprehended—to set the whole of the Bible ablaze with astonishing clarity in ways so undeniably literal and yet never before thought imaginable. I’ve read through the Bible my entire life, and then one day I stumbled over—or rather, head first—into Psalm 82.

For the ancient Hebrew, the concept of a divine council did not endanger their unique standing as a monotheistic religion either, nor threaten Yahweh’s untouchable position as “God of gods and Lord of lords (Deuteronomy 10:17).” Monotheism is never questioned, even if God created others of His kind. Though Yahweh is an Elohim, clearly the elohim are not God.

In other words, Yahweh is a unique God, but He is not alone. 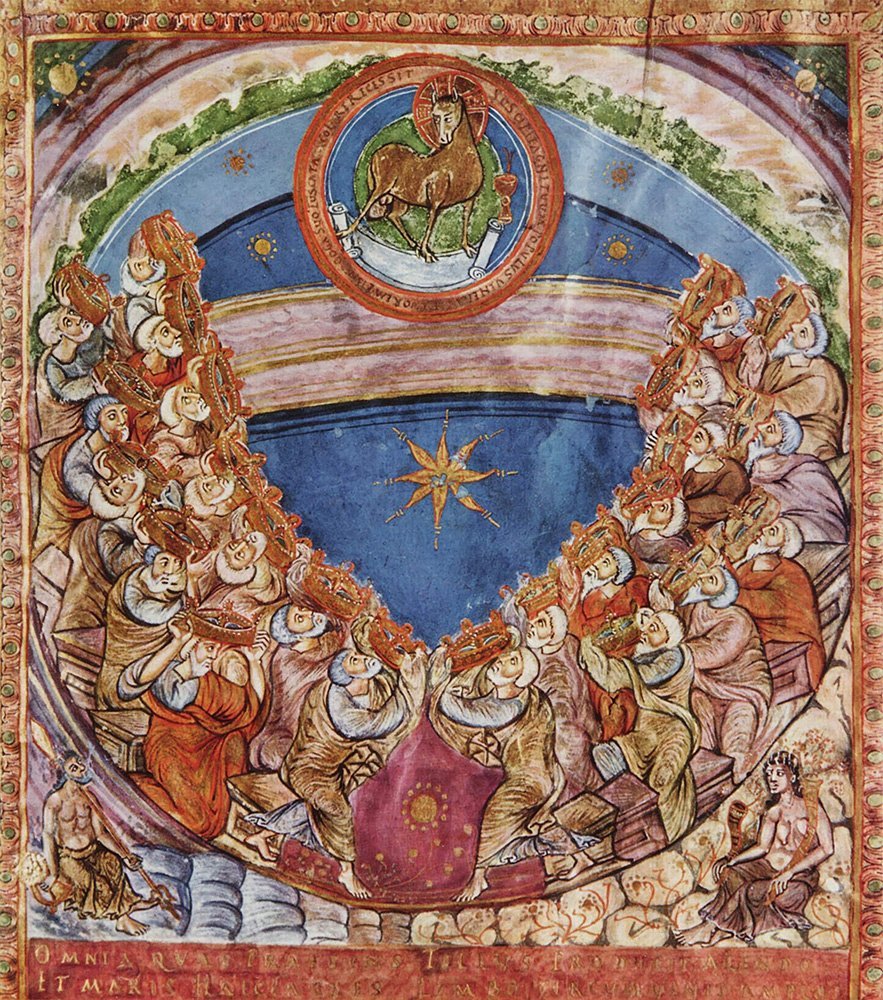