THE KILLING of the Philistine giant Goliath by the shepherd boy David did not go over nearly as well as one might expect. The initial twist to the plot is that the King of Israel wanted the child whom the Prophet Samuel had anointed dead. There were of course other complications, but the short of it is that David soon found himself on the run for his life. We pick up years thereafter. David has now fled beyond the borders of Israel. While in pursuit, Saul and his soldiers have fallen into a deep sleep. During the cloak of night, David has snatched the spear which Saul had stuck into the ground near his head, and stands now on the opposite ridge.

It is no doubt the dawn of early morning. David confronts Abner, Saul’s cousin and the commander-in-chief of his army, and cries out amongst the clayish diffusion of purple light, which has yet to give definition to him, demanding that he is worthy to die for not tending to his master as he ought. Abner initially seems confused by this, particularly his unidentified accuser. Only Saul recognizes the voice of the armor bearer whom he had once so dearly loved.

The king says: “Is this thy voice, my son David?”

In which David replies: “It is my voice, my lord, O king.”

He then adds: “Why then is my lord pursuing his servant? What have I done, and what evil is in my hand?” And this is where the underlying message gets rather strange. “Now therefore, please let my lord the king, listen to the words of his servant. If the Lord has stirred you up against me, let Him accept an offering; but if it is men, cursed are they before the Lord, for they have driven me out today so that I would have no attachment with the inheritance of the Lord, saying, ‘Go, serve other gods.’”

David is clearly distressed. While pleading the case of his innocence, he is simultaneously reminding the king that he has been unjustly excused beyond the borders of Israel’s blessing, and as a result he has “no attachment with the inheritance of the Lord.” Furthermore, if there is any confusion on the reader’s behalf, the intent of those who wished to chase him out is made known. As an exile, he is mockingly told to go and “serve other gods.” David takes this to heart. His confidence in killing the giant Goliath derived from a rooted belief in his own identity as a son of Abraham and Isaac and Jacob. His was an indisputable call to finish what Joshua and the Israelites had started when they sought to annihilate the serpent seed of the Rephaim from the land of God’s promise, and which the giants were illegally imposing on.

The children of Israel wandered forty years through the wilderness because of their faithlessness. But David did not share these qualities. He was very much like Joshua, faithful to live according to God’s promises. Unfortunately, quite unlike Joshua, he was expelled from God’s inheritance. Let us not forget that Asaph, the writer of Psalm 82, was an officer of his court. He was personally commissioned by David the King to lead worship in the house of Yahweh. What is perhaps most important to take away here is that David wholeheartedly believed the gods who had spawned the Nephilim hybrids and their Rephaim descendants, embodied once by the infamous King Og and most recently with Goliath of Gath, not only ruled the lands surrounding Israel—for David, the gods were real.

If the surrounding tribes and monarchs were imposing on the commonwealth of Israel, it’s because they had already received their inheritance at the table of nations. But for David, the shepherd boy who would become king, there was a greater tragedy afoot. Now even Saul, Israel’s first king, had become the thief. 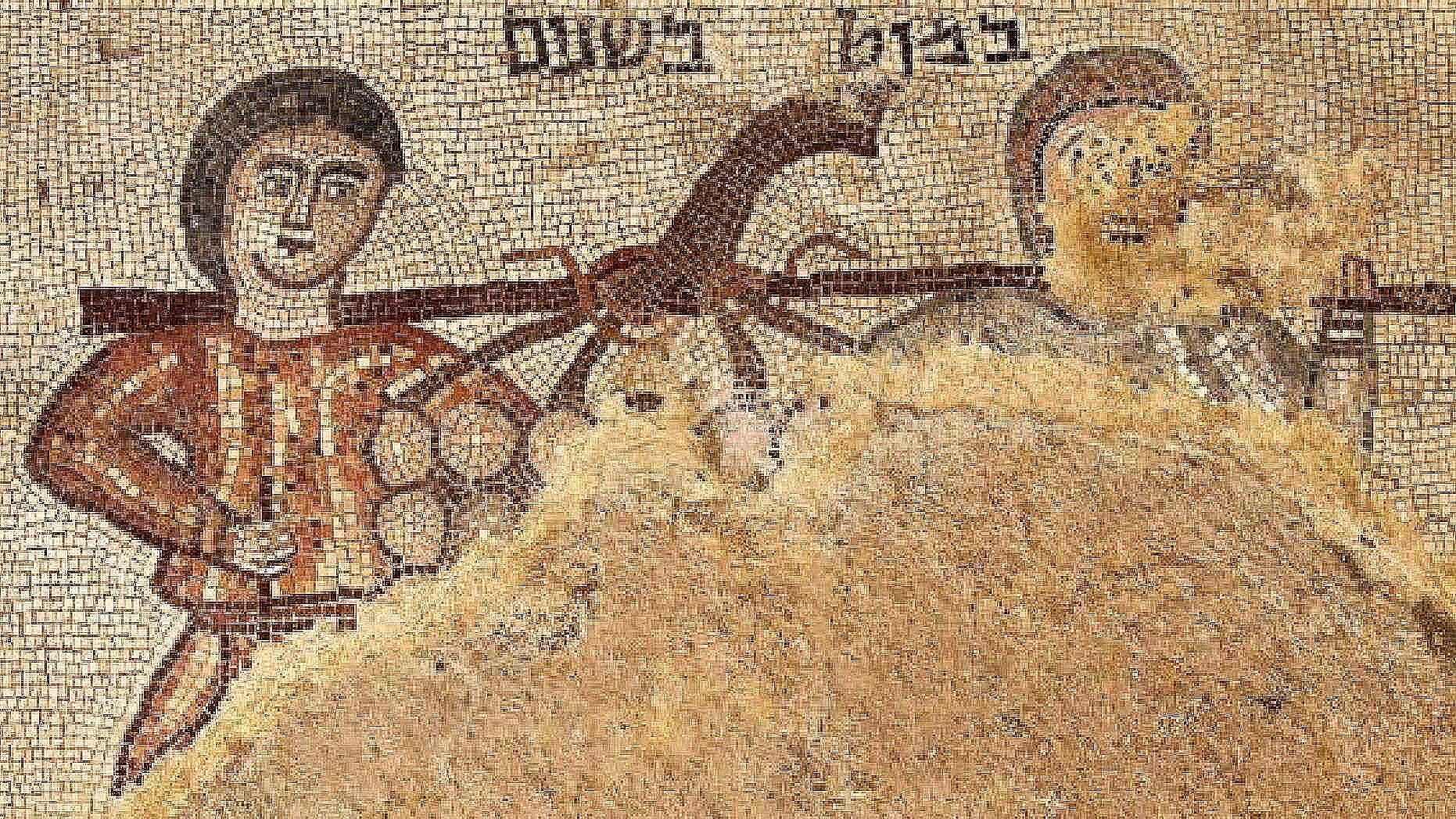 THE WRITER OF FIRST SAMUEL INFORMS US the Philistine Goliath “drew near morning, and evening, and presented himself forty days” without ever finding a challenger brave enough to meet him in combat. With this neatly framed picture we hearken back to the negative report of the twelve men who scouted out the land of Canaan in Numbers 13. After forty days afoot, they brought up an evil report of the land which they had searched, mainly the giants, the sons of Anak, which came, we are told, of the giants. Moses further records, “All the congregation lifted up their voice, and cried; and the people wept all night (Numbers 14:1).” Only Joshua and Caleb pleaded with Israel to claim the inheritance which the LORD was freely giving to them.

“Would that we had died in the land of Egypt!” the children of Israel wailed.

For their disobedience, the LORD sentenced Israel to wander through the wilderness for forty years—one year for every day in which the spies searched the land. Here the situation is regurgitated with Goliath of Gath. All the men of Israel, when they saw the giant, fled from him in fear. Upon finally looking about for his challenger and seeing a mere youth, pinkish and of a fair countenance, the giant disdained him.

Goliath scowled: “Am I a dog that you come to me with sticks?”

Here the writer of 1 Samuel notes, “and the Philistine cursed David by his gods (1 Samuel 17:43).” Goliath of Gath was not some random intimidator. It is no accident that the report of the spies concerning the giants of Canaan and the Philistine tormentor parallel each other. As one who clearly embodied the seed of the serpent, the giant Goliath was attempting to rob from the LORD’s inheritance. The kingdom of Israel, which included the land as well as the people who inhabited it, were His inheritance. And like Joshua and Caleb before him, only David was faithful in his fulfilling the duties of his commission.

David said to the giant: “You come to me with a sword, a spear, and a javelin, but I come to you in the name of the LORD of hosts, the God of the armies of Israel, whom you have taunted!” He then added: “This day the LORD will deliver you up into my hands, that all the earth may know that there is a God in Israel,” finally concluded: “the battle is the LORD’s!”

The writer of First Samuel then records, when the Philistine arose, the young lad ran not only towards the Philistine, but the ranks of the army which kept him. After the smooth stone sunk into his forehead, David then stood upon the blasphemer, drew the giants’ sword from his sheath, slew him, and then dismembered his head. The writer makes a careful note that David had brought had no sword of his own to the battle.

If the reader concludes this is simply a Sunday school approved underdog story; yet another narrative detailing the prevailing human spirit against tyranny; innocence against corruption; then he has missed an altogether important undercurrent of the Bible—and perhaps the entire point of the ancient Hebrew cosmological worldview. This was not simply a battle pitted between a boy and a rather large individual. It was a show of force between the children of gods. Only Yahweh had a right to the kingdom of Israel and the people of His promise who inhabited it.

The Biblical writer had one important truth on his side, which I dare not neglect. The Most High was the God of Israel. There is none beside Him. The writer of First Kings would say it like this: