Château de Chambord and the Double-Helix Stairway to Heaven 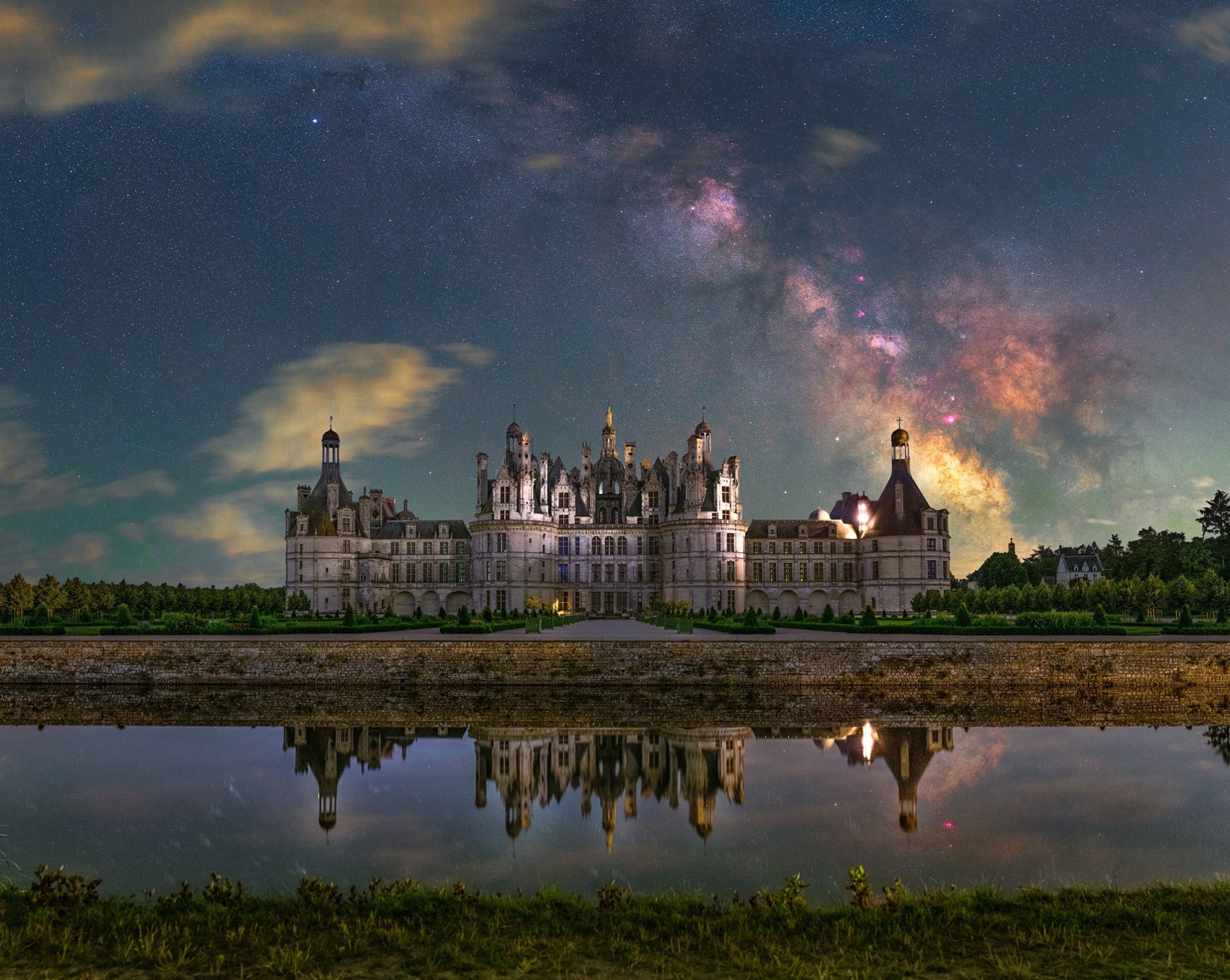 SOMETIMES we hear someone say something and we almost fall out of our chair. This was sort of like that. Only it wasn’t a chair that I almost fell out of—but a staircase. Two of them. The staircase duo in question can be found at Château de Chambord in the Loire Valley of France. They are fused as one, without ever meeting or becoming tangled. Astonishingly, they make up a spiraling double-helix.

I told you we would probably get around to this magnificent architectural offering again. Well, here we are. And so, if hearing of the double-helix doesn’t cause you to twitch your head slightly sideways, then I probably need to pause right here and explain something. The coiling double-helix was not officially discovered as our DNA molecule until geneticist James Watson and molecular biologist Francis Crick came along in 1953 and made the announcement. Construction started on Château de Chambord in 1519. Four hundred years earlier. How many tourists do you suspect visit the Château in any given year? Tens of thousands maybe. Cognitive dissonance is a headache. Even more astonishing then is the fact that nobody offered me a handful of pills and a water cup for the 15 Euros ticket price.

In my latest update to “Kings and Priests of the Millennial Kingdom,” I take a closer look at Château de Chambord and the dual role it may have played, first for its builders, and then for its inheritors. Enjoy.