mark of the beast | pandemic | The Mystery Religion | transhumanism

And there it is. For anyone paying attention, the Wizard of Oz just totally exposed himself. Microsoft’s co-founder. Bill Gates.

Meanwhile, I’m encountering individuals who are justifying why they’ll take the UN and Rockefeller backed ID2020 implant when it’s rolled out by attempting to assure me (in a rather cyclical deductive argument), they’re not deceived, therefore ID2020 cannot possibly be the Mark, because you see they’re not deceived—and then further protesting: “Where’s the spiritual component, Noel?” 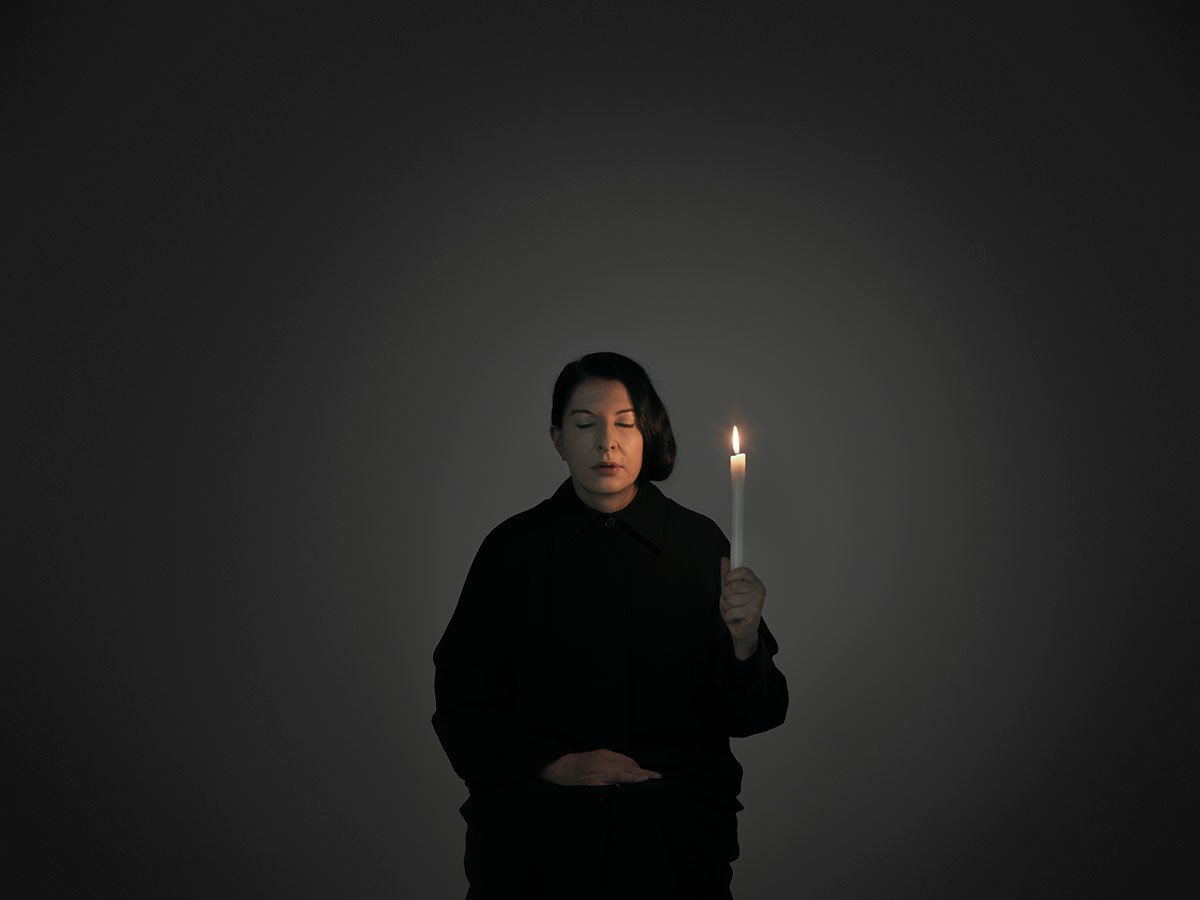 Case in point. Why in the world is Microsoft featuring spirit cooker Marina Abramovic in their latest commercial? She’s one of the most openly wicked women in the world. Let’s just say she makes Lady Gaga look like playtime in the sandbox. I’ve included a picture of Marina Abramovic, who is here self-identifying with and glorifying the fallen Eve, having worshiped the serpent and become like elohim. In the commercial, the Aleister Crowley protege mixes menstrual blood, breast milk, urine, and sperm into a paint mixture, and then writes the following message:

“WITH A SHARP KNIFE CUT DEEPLY INTO THE MIDDLE FINGER OF YOUR LEFT HAND. EAT THE PAIN.”

Well, if that doesn’t sell software, then I don’t know what will. 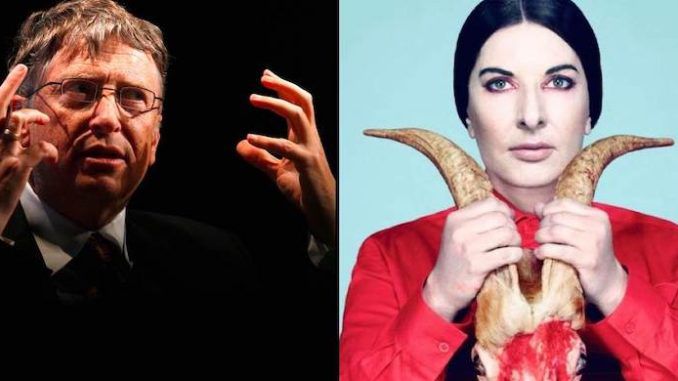 Sure, the backlash was strong. Silly Billy was pressed to take it down. But it tells you right there what’s going on. Billy-Boy is openly showing his hand. He’s binding the entire world under a spell.

The Microsoft co-founder only recently called Apple founder Steve Jobs a Wizard. Yeah, you heard me right. Gates said: “I was like a minor wizard, because he would be casting spells, and I would see people mesmerized. Because I’m a minor wizard, the spells don’t work on me. I could not cast those spells, but I’d see them and I’d say, ‘Hey, don’t!’”

Therefore, by his own omission, Bill Gates is NOT the antichrist. Let’s be clear. Gates is only a minor Wizard. The master of ceremonies, or lord of the wheel, also known as the “chakreshwara,” aka antichrist, has not taken the maestro baton quite yet. Please pause to think about that for a moment. If Gates is only a minor Wizard, and both he and Jobs successfully pulled the entire world into a spell, then we can only imagine the power of grand wizardry—and the Illuminati’s antichrist to come. 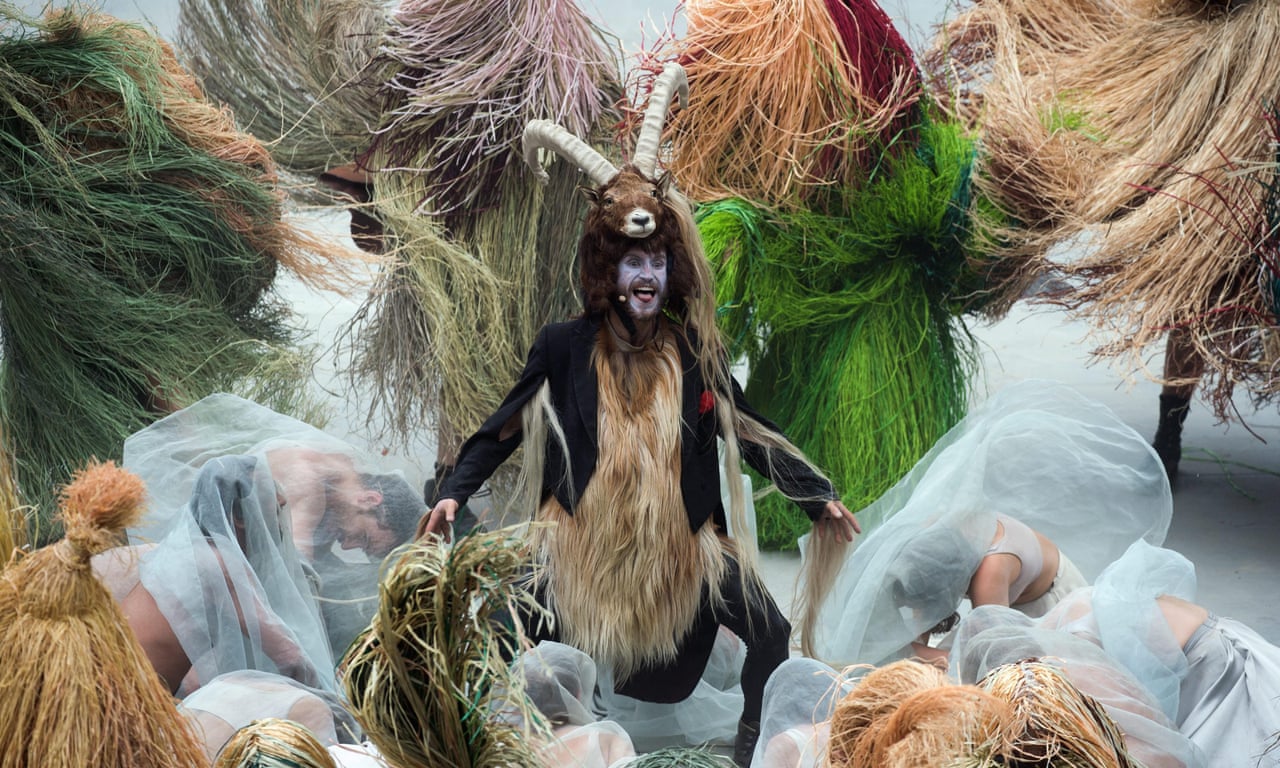 If you’ll recall the 2016 Gotthard Tunnel ceremony, the makers of that engineering marvel clearly ascribed their capability to Baphomet. This is straight out of Enoch. Watcher know-how. And much like Microsoft’s commercial featuring Abramovic, what we are witnessing is ritual magic. Crowley encouraged an attitude towards art whereas the magician’s imaginative willpower might be imposed upon the world. Mostly, it’s all about the subtle spiritual virtues.

Enlightenment thinking craftily blended the Mysteries with thinly-veiled Christian values through music, paintings, masonry, and Science, in order to blind the masses and massage the world, bind and enslave it really, into the spell of antichrist system. The intent, the impressions, and the resulting belief is everything. And personally, I believe Apple and Microsoft were employing Abramovic stylized ceremonies all along. Only now, they’re bringing it out into the open.

Everything hidden is uncloaking itself.