Will the Real Jim Morrison Please Stand Up? (And Something About the Gulf of Tonkin Hoax)

IT IS the first week of August, 1964, and US warships under the command of Navy Admiral George Stephen Morrison have allegedly come under attack while patrolling Vietnam’s Tonkin Gulf. The event will demand the immediate passing of the Tonkin Gulf Resolution by the US Congress, which will in turn accelerate America’s involvement in a decade-long bloody conflict, leading to the painful mutilation and human sacrifice of millions.

For the record, the Gulf of Tonkin was not a false flag attack. Pick a day of the week. Any year or date. It was a complete hoax. The attack never happened at all. The United States government invented the entire incident.

The 1964 Gulf of Tonkin Resolution was obviously pre-drafted. 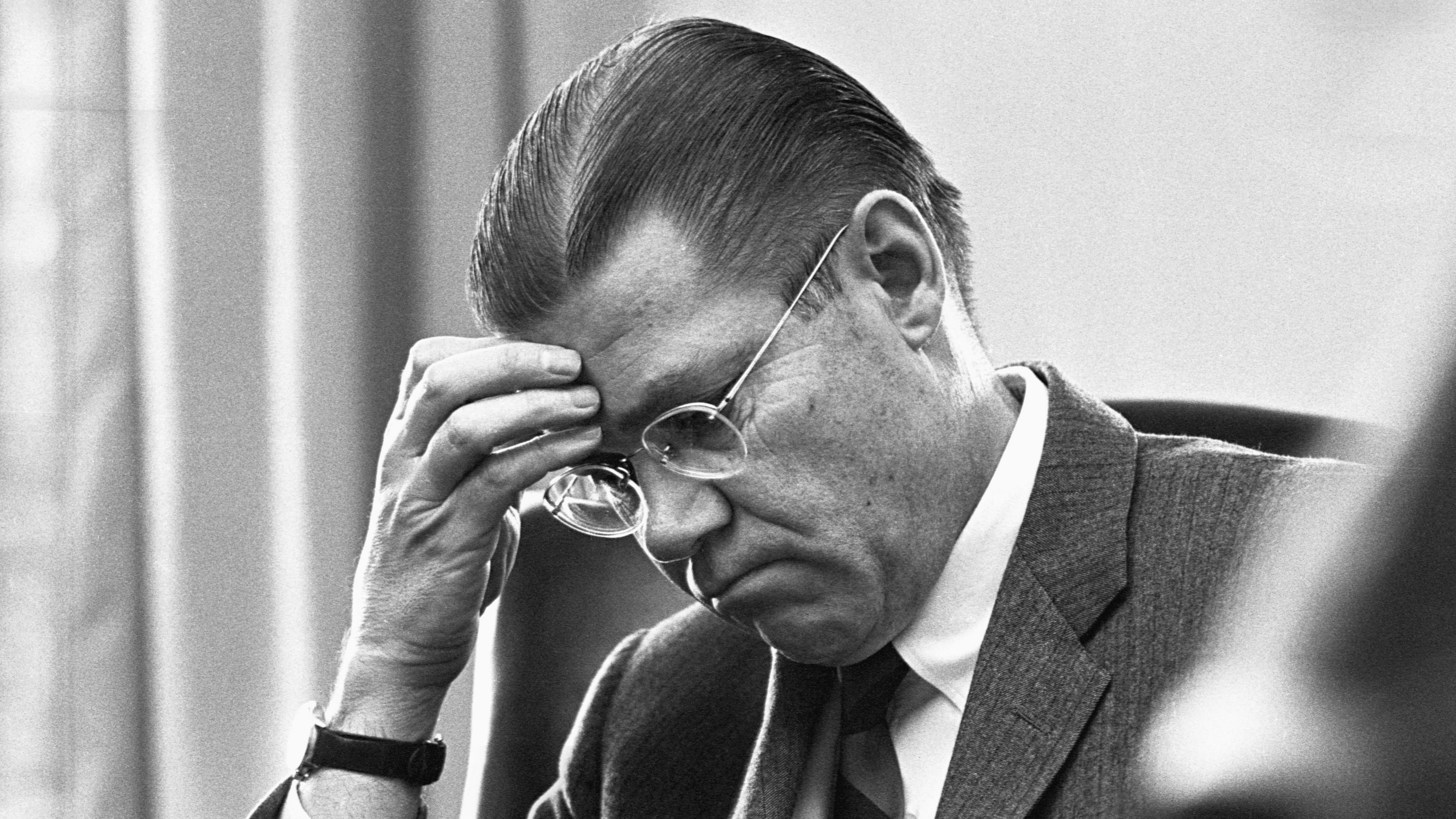 Former Secretary of Defense Robert McNamara confessed to the fabrication in the 2003 documentary The Fog of War and then cleverly spun the story. Sure, the American destroyers USS Maddox and USSS Turner were never fired upon by North Vietnamese torpedo boats on August the 4th, but that is not to say they were not first attacked two days earlier, on August the 2nd. Do you see what he did there? McNamara has a thing for writing history books. He likes to write them. And then he likes to re-write further editions.

For example, in 1964, Senator Wayne Morse was one of only two senators who opposed the blank check offered to President Johnson. When he asked during a congressional hearing if the North Vietnamese were provoked, Secretary McNamara responded, “Our Navy played absolutely no part in, was not associated with, or was not aware of any South Vietnamese actions, if there were any.”

If you enjoy logic, then try to follow along.

In 1946, the press employed McNamara’s script as gospel truth.

In 2003, the press employed McNamara’s revisions as gospel truth.

Even Wikipedia holds to his revision. Here’s a far more believable story. It involves McNamara and that ticker-tape computer that predicted from the basement floor of the Pentagon in 1967 that the U.S. had already won the War in 1965. They moved in together and became lifelong roommates. The robot was still passing McNamara Intel in 2003.

So many lies. It is difficult to know where one can even begin separating truth from the neighborhood of make believe. How about we follow the little red trolley to the line between North and South Vietnam for starters, because the United States of America likes to pretend there was something called the 17th parallel. Sure, it was a temporary ceasefire boundary agreed upon in the 1954 Geneva Acord, after the French Union was defeated at the Battle of Dien Bien Phu, but only to cushion the escape of those retreating French forces before national elections were held. That boundary expired in 1956. National elections, by the way, secured Ho Chi Minh into office over all of Vietnam. No surprise, the United States ignored the election and created the Republic of Vietnam, appointing a puppet president whom the CIA had recruited out of New Jersey. Ngô Đình Diệm. They then shipped American military advisors and a heavy dosage of weaponry to create its new CIA state.

There’s a huge difference between the Demilitarized Zone wedged between North and South Korea and the 17th parallel in Vietnam. In Korea, the DMZ was agreed upon by all nations at the end of that conflict, and has been in continual use since the 27th of July, 1953. Contrarily, the 17th parallel was something which the United States could agree upon. They drew a line on a map and then the CIA-owned media reported on it out like fact. The Vietnamese government had every right to ignore the CIA’s fictitious boundary marker. Americans don’t typically like their indoctrination being trudged upon. And besides, by 1946, it was clear that the CIA’s secret war had failed. The Vietnamese knew the American created government was a puppet. The lie was imploding. America desperately needed a war. In 1964, those plans were turned over to the Navy. 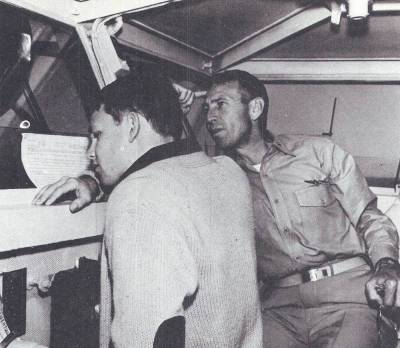 Admiral George Stephen Morrison with his son, Jim Morrison, on the bridge of the bon Homme Richard, January 1964

And here’s a real shocker. Admiral George Stephen Morrison, who oversaw the Tonkin hoax, was the father of legendary Doors singer Jim Morrison.

What, don’t believe me?

Wikipedia feels obligated to tell you—and, in fact they do tell—of the connection. They even go so far as to provide a picture of a young clean-cut, albeit pudgy, Jim Morrison on the bridge of the Bon Homme Richard with his father in January 1964. They will not provide you this information on Jim Morrison’s page, mind you. Only George Morrison’s page. That is likely because they understand full well that a fan of The Doors could care less who Jim Morrison, John Densmore, Ray Manzarek, or Robby Krieger’s fathers were. And it just goes to show that they will dangle truth—some truth—but only if they are obliged to do so.

See, much like McNamara’s propensity for deceit, Wikipedia knows you were handed a globe from the time you could walk, and therefore the likelihood of cognitive dissonance is high.  Wikipedia’s logo is a globe. More precisely, it is an incomplete 4-D puzzle. Most likely 4-D puzzles are not your thing. But that’s okay, because Wikipedia is going to finish putting it together for you. The globe is another fabrication, and they’re going to enjoy every minute of rubbing lie after lie in your face as each piece is slid into place. Wikipedia can admit with a shrug that George Stephen Morrison is Jim Morrison’s father and then say something of the Admiral like, “He served as an instructor on nuclear weapons programs following the end of the war,” knowing such an admission will, in all likelihood, plant no red flag in your mind. The nuclear weapons program was a CIA operation and a hoax. But that is far too much truth for almost anyone to believe.

Wikipedia knows that you will likely jolt over Admiral Morrison’s relation to Jim as anyone would a speed bump. A strange oversight indeed, you’ll tell yourself; something which can undoubtedly be attributed to the peculiar history of rock n’ roll. No need for further probing. They know it’s the little quirks which sells records. After another sporadic roundtrip to the record store, purchasing your very own $30 vinyl copy, you’ll plop ‘The Doors’ LP onto your turntable and then pretend for a moment you’re a spiritual shaman with a Navy Admiral for a father who can break on through to the other side. Wikipedia knows you better than you do yourself, and you’ll do it—disregard every inconsistency—just as if you’d used a glass of water to wash away the lump in your throat.

Yes, that’s what I said. Inconsistency. And I’ve barely even begun. 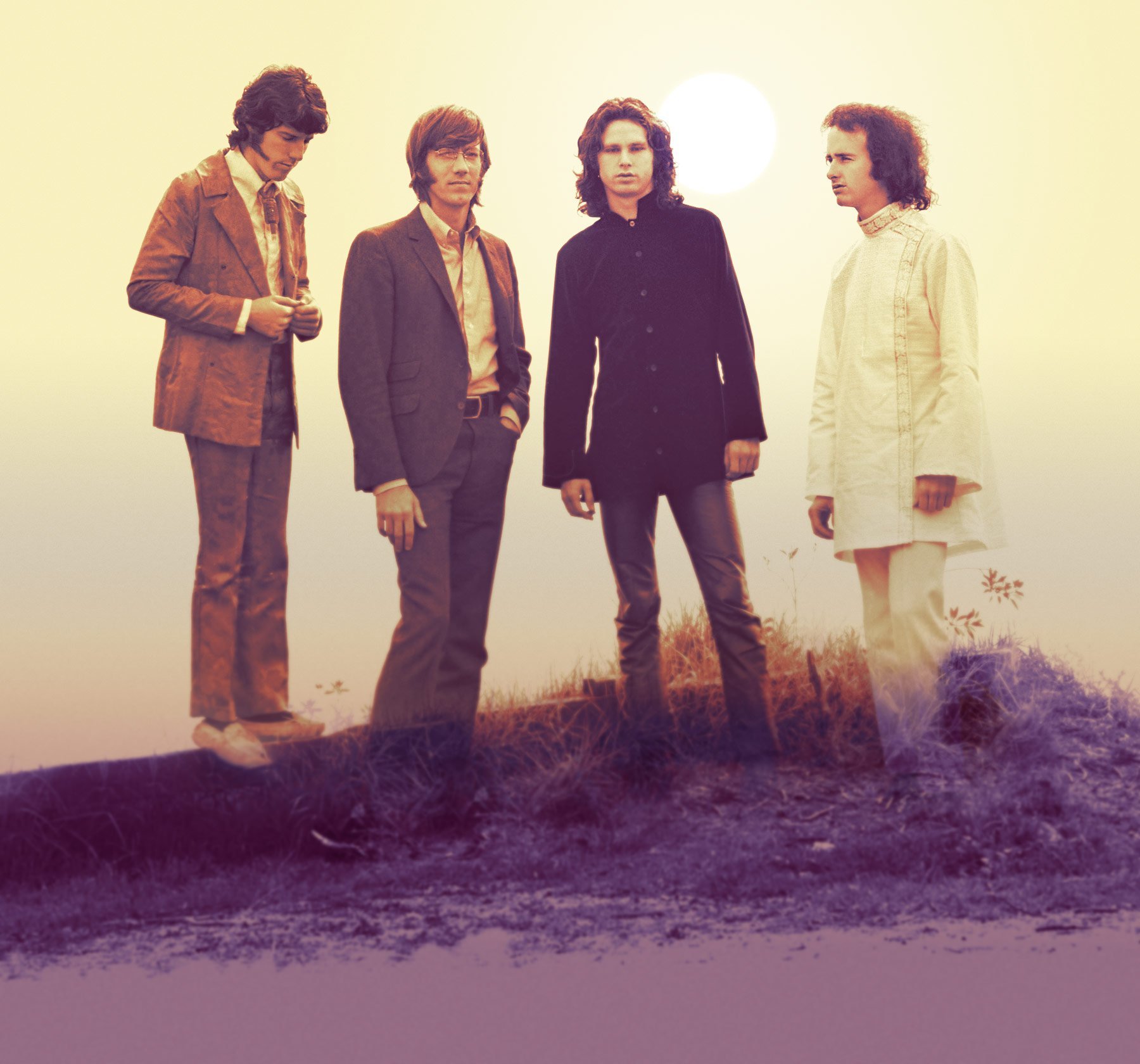 The meticulously clean-cut and pudgy 20-year old you saw in the picture, sitting upon the bridge of the Bon Homme Richard in January 1964 (and with only months to go before the Tonkin Gulf hoax), did not read nor write music. It wasn’t simply that he never played a single instrument. He was never interested in learning. And yet, Jim “The Lizard King” Morrison was introduced to the world as a fully developed rock star. He arrived a musical shaman. His songs had stunning maturity for a twenty-two-year-old. And yet, the son of a Navy Admiral showed no interest in making music, much less whistling a tune.

The Doors were formed in July of 1965, a little over one year after that photo was taken. In the intermediary months, inspiration came to him, apparently while hanging out on a Venice rooftop digesting high dosages of LSD. As legend would have it, almost every song The Doors would record over their ensuing career had already been written. And we’re talking a catalogue involving a few dozen songs. How can that be? We are not told. Morrison had simply already envisioned a rock concert in his head.

If he did not play a musical instrument, then how did he write songs? We are to believe his very best songs, most of which spanned his musical career, came to him while tripping on acid from a Venice rooftop. 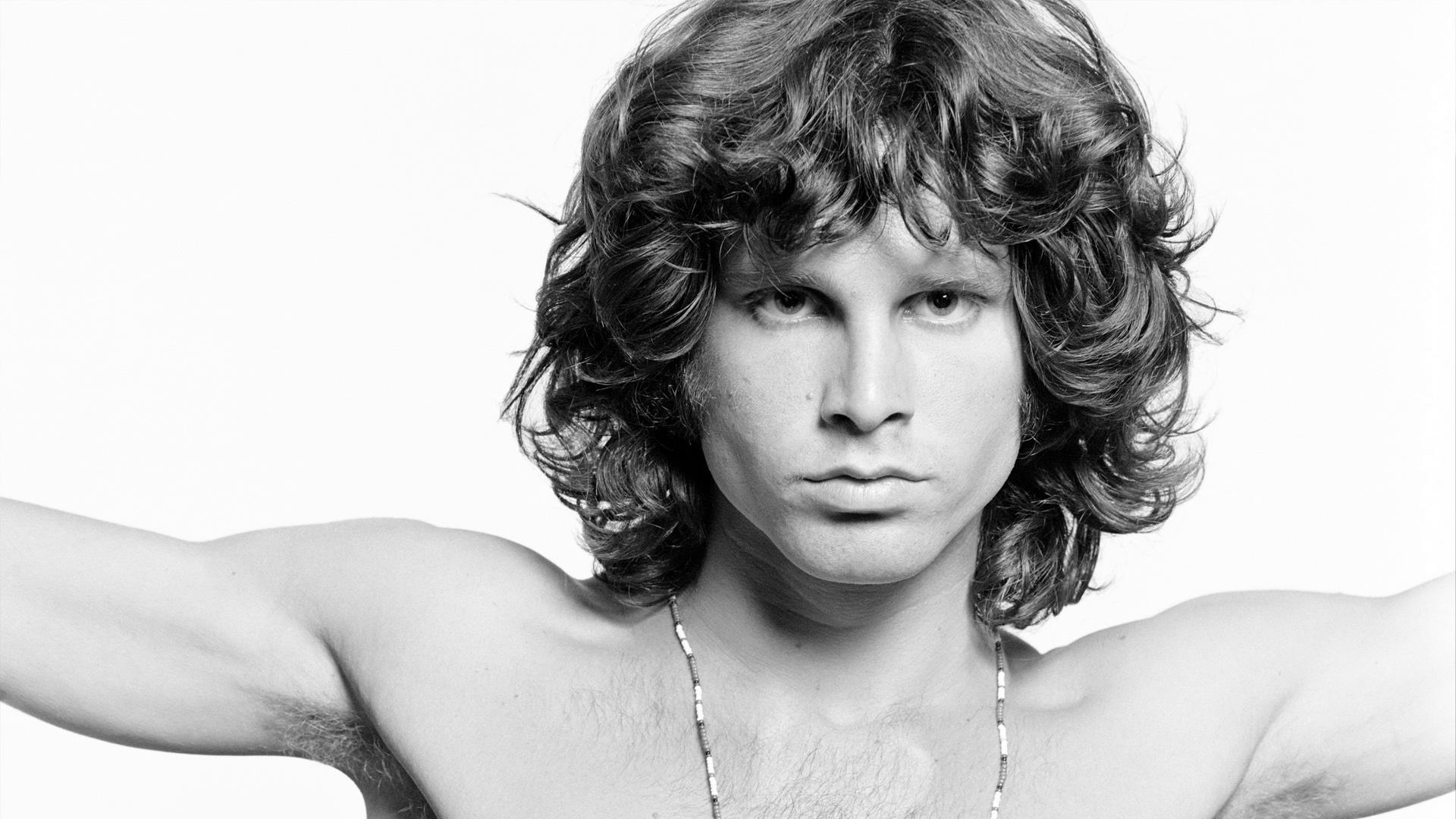 Paul McCartney could not write music, you say. Brian Wilson too.

Sure, but Paul and Brian could at least play their song for someone who could write it down. Morrison could not.

Even if we can accept this premise, that LSD on a rooftop was capable of transforming an illiterate into a music shaman, then we must ask the next question. If the son of Admiral Morrison was incapable of playing anything but the tambourine, how in the world did he translate the prerecorded songs in his head for Ray Manzarek and his other band-mates to begin with who, by all accounts, could not adequately play instruments either? Initially, they had to depend upon studio musicians. That’s like me coming out with a whole series of books over the span of a decade and claiming I’d dotted every i and crossed every t before ever approaching a publisher without being capable of showing exactly how I was capable of writing them.

Wikipedia knows you will not bother asking these impossible to answer questions because Jim Morrison has already spun his own legend, much like McNamara, or even Admiral Morrison. It’s all a stand-in for truth and a total fabrication. Here’s the secret. McNamara let is in on it when he proudly confessed, “I learned early on never to answer the question that is asked of you. Answer the question you wish had been asked of you.” It’s the globe earth playbook.

In actuality there are three Jim Morrison’s which need paying attention to, and they all play out like an allegory for the psyche on a night out to town. There is the clean-cut son of a Navy Admiral; the fully emerged sex god with an impressive catalogue; and lastly, a slothful bearded poet, strung out and malfunctioning. Only the last two transitions make any sense. But not the first. The concluding two personas are as divided from the psyche of the first as Mark Staycer is from John Lennon.

Once more, the official story goes like this: On the last night of Jim Morrison’s life, the rocker went to a movie in Paris, listened to records, then laid down in his bathtub and died at the age of twenty-seven.

Unofficially, he joined the Forever 27 Club.

Wikipedia does not expect you to gaze back upon the rooftop of a Venice Beach apartment building in order that the uncomfortable truth might finally sink in, and that is this. Our entire reality is a fabrication. Jim Morrison was a tool used to social engineer society. Though he himself was likely just as ignorant of his design as we are of our own. By July 3, 1971, the Mk-Ultra sex god was already breaking down of his programming. Jim Morrison had played his last pre-recorded song.

Oh, and one more thing. 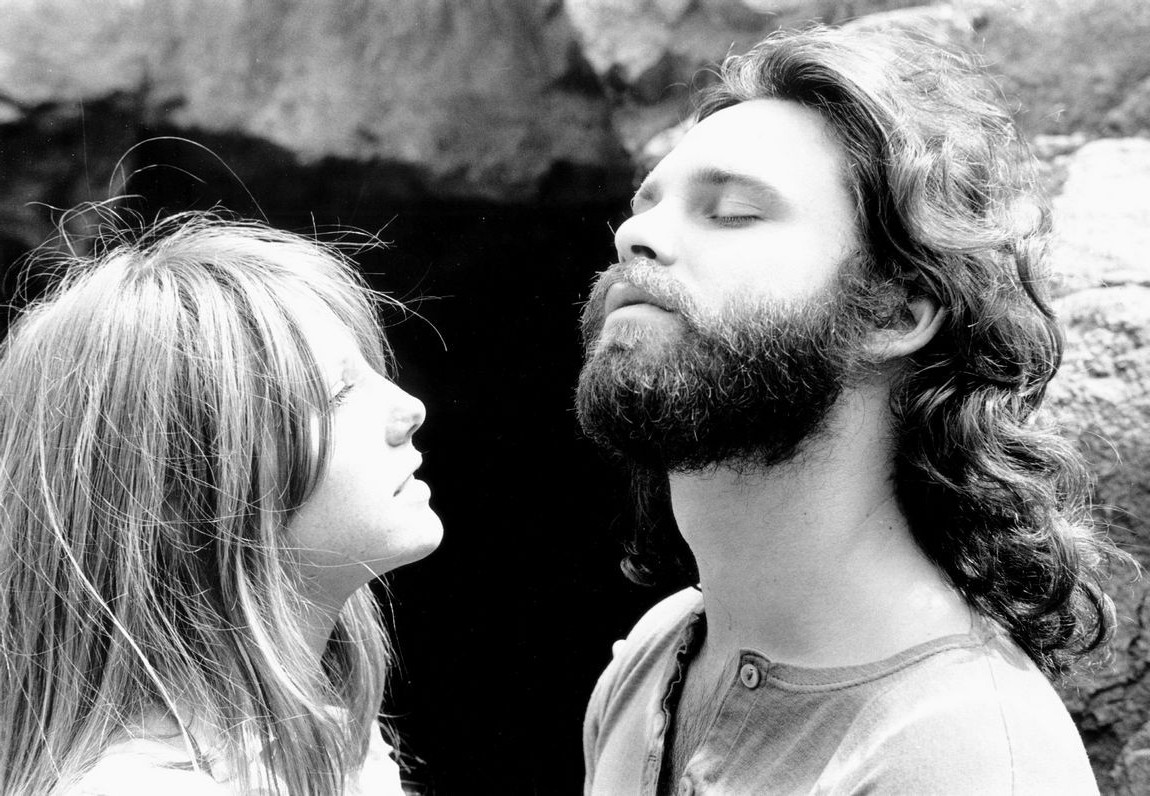 Madrigal, Alexis C.: “The Computer That Predicted the U.S. Would Win the Vietnam War”