Millennial Kingdom + Mud Flood and the Return of Rome

THE VATICAN is proof that Messiah’s Millennial Kingdom hasn’t happened yet. That’s what I’m often told. It’s simply not true though. Messiah’s Millennial Kingdom may very well have physically happened on Earth and the Vatican’s present existence doesn’t disprove it. All that really tells me is that so and so isn’t interested in grabbing a shovel. Sometimes the best thing to do, when it comes discovering the Truth, is dig. Dig and dig and then keep right on digging. There’s a reason why the Beast has gone out of its way to bury it.

If we are living in the season of Satan’s deception, specifically the events within Revelation 20 (as I’ve so often proposed), then you probably want to know where Rome was hiding. Well, Rome wasn’t hiding. What I’ve been trying to say over the last year is that the fourth beast is long gone. It’s been cast into the lake of fire with the rest of them. Babylon, Persia, Greece and Rome—each in turn. But the beast still runs the world, does it not? Sure, last I checked. The prophecy of Daniy’el however was only concerned with the four beasts leading up to Messiah. He brought the fourth beast down. Rome fell. It was already thrown into the lake of fire long ago. It says so right here.

20 And the beast was taken, and with him the false prophet that wrought miracles before him, with which he deceived them that had received the mark of the beast, and them that worshipped his image. These both were cast alive into a lake of fire burning with brimstone.

You will tell me that Rome still exists, proving that the fourth beasts has not yet been done away with. We’ll get to that. First, let’s establish the timeline. After the fourth beast was tossed into the lake of fire, we then see Satan in solitary confinement for the matter of a thousand years.

20 AND I saw an angel come down from heaven, having the key of the bottomless pit and a great chain in his hand. 2 And he laid hold on the dragon, that old serpent, which is the Devil, and Satan, and bound him a thousand years, 3 And cast him into the bottomless pit, and shut him up, and set a seal upon him, that he should deceive the nations no more, till the thousand years should be fulfilled: and after that he must be loosed a little season.

The “little season” is important. You see, after the thousand years is ended, Satan is released to deceive the entire world. And if you’re just now tuning in, then everything I’ve surmised from the worldwide mud flood event seems to suggest that we are living in that “little season.” We are being lied to about everything. Including our history. Perhaps the greatest cover-up of all time is the fact that Yahusha and his set-apart ones physically reigned upon the Earth.

We’ll have to save that discussion for another time, because I’ve been digging some more, and wouldn’t you know it, I discovered something. A text. But not just any text. The short document is ascribed to Chanok. That’s Enoch in English. For this reason, it is thusly called ‘The Account of Enoch’. Chanok presents only ten short verses, and though I cannot verify its authenticity, what we are given is telling. The fourth beast returns. Hopefully, you caught that. If not, I’ll repeat it again. Ready? The fourth beast returns. It’s the little details.

You will ask me to verify its validity, and you know I cannot possibly do that. Might as well ask me to verify the writings of Moshe. In either case, it can’t be done. Here’s what I do know. The translator worked from two surviving copies. One was Greek. The other Latin. The mere fact that we have the same account in two separate ancient languages is telling. He therefore transcribed the Greek text into a literal rendering of English, and quite separately the Latin. The following is both English versions combined into one smooth telling.

1 Chanok was shown a vision of the coming deluge. Yahuah said, “My servant, Chanok, you must warn the wicked generation that I tend to keep my promise. I will destroy every creation in the land for they have corrupted all that I have made.”

2 Chanok asked, “Who will survive, my Adonai?”

Elohim said, “I have a chosen vessel that will carry on the pure seed of righteousness. You will be taken before this great destruction comes. Warn the infidels!”

3 Chanok went out to the multitude and said, “Behold, Yahuah is coming with ten thousand of his holy ones to mete out judgment to all those who are ungodly. You have sinned a grievous sin and forgotten the creator of the worlds.”

4 After he said this, the multitude took up arms to kill him. Suddenly, a whirlwind came from heaven, as a storm of fire. Within the whirlwind of fire were seraphim, dragons of the power of Elohim. All who saw this became blind in that moment for their eyes were burned from their sockets.

5 Chanok was then taken up into the heavens and disappeared from the land. No one knew where he went. He could not be found, for Elohim took him to an appointed place, even to a place of holy ground.

6 In this place, Chanok wrote books about the history of his people, from Adam until the time of his generation.

7 At that time, Elohim showed him a vision of the great Leviathan and Behemoth. These two beasts were stirring up the population in the end of days. Behemoth was a beast of liberty and Leviathan was one of royalty and power. They began as one beast with a name called Phoenix. The Phoenix died and from the ashes arose these two great beasts. Behemoth eventually became greater and dictated its laws to the whole earth. It attacked Ishmael continually, even when he did not deserve to be punished.

8 Then another beast came up. It awoke from a slumber. The beast was a dragon-like beast with ten horns returning to reclaim its two severed heads, that is, Leviathan and Behemoth. The two beasts fought for a while but gave in afterwards. Now the dragon-like beast was again whole and it ruled the whole earth. It placed its seal upon the multitude until one like the son of man came and destroyed the beast.

9 After this vision, Chanok was afraid and stricken with awe.

10 It came to pass that Noah entered the ark and Elohim fulfilled his will. 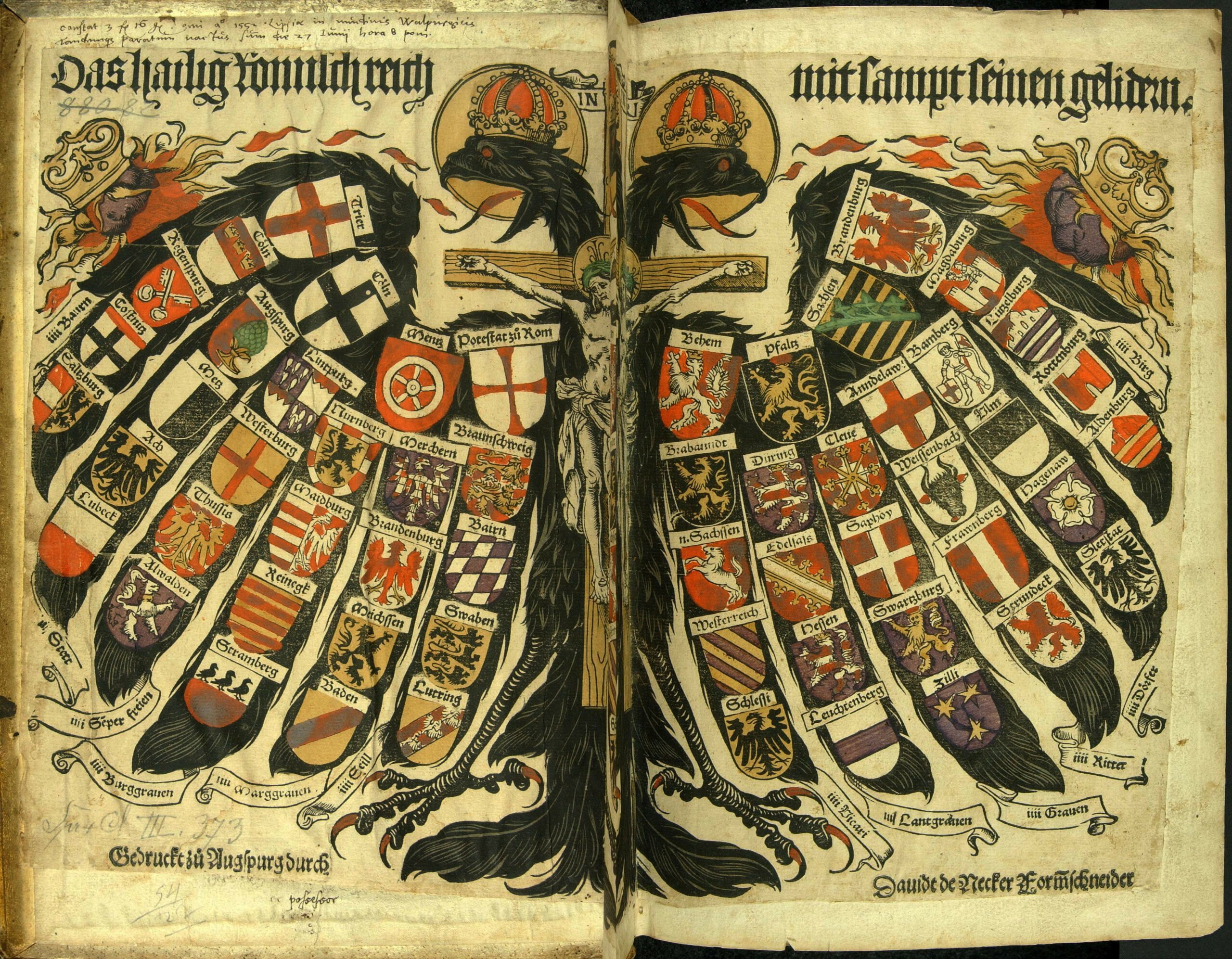 Perhaps you nearly fell out of your chair as I did. For the record, I have never historically nor literally fallen out of my chair, but this is one of those occasions where the action was nearly accomplished. Read verse seven again and tell me that doesn’t describe the United States of America and Great Britain. Whose punishing Ishmael continually today? Mm-hmm, the beast of liberty is. That same Behemoth, we are told, becomes the dominant power over the royal Leviathan.

That’s not why I’m giving you this information though. The keyword in all of this is phoenix. Again, I will direct you to verse seven. “The Phoenix died and from the ashes arose these two great beasts.” If you happened to read my paper, 1812 Was a Very Strange Year, then you’ll likely immediately know what I’m talking about. While we’re at it, I recommend you read the following papers.

Back to the phoenix and 1812. In review. The phoenix is the symbol most often associated with alchemy. And the Roman-Byzantine Empire, the east and west legs of Nebuchadnezzar’s statue. And Egypt. And America. Also, Langley. And another thing, it’s the emblem of the Scottish Rite, first accepted by Freemasonry in 1758. This would be the very year when the body calling itself “the Council of Emperors of the East and West” was established in Paris. Also, the fact that both Napoleon and Alexander I employed the double-headed phoenix while supposedly warring with the other is probably none of my business.

A phoenix rising from the flames paints the picture of a fire, obviously, and an entity that was once destroyed but has now been revived. Notice what happens next. That is, after the two beasts are risen from the ashy flames of the phoenix. Verse eight. The beast of old awakens from slumber. We are told precisely who that is when Chanok describes him as “a dragon-like beast with ten horns returning to reclaim its two severed heads, that is, Leviathan and Behemoth.” In short, Satan is released from prison. Revelation 20.

That then begs the question, where are we on the timeline? I suppose somewhere between “Now the dragon-like beast was again whole and it ruled the whole earth,” and “It placed its seal upon the multitude until one like the son of man came and destroyed the beast.” That’s a reference to the Mark, but it’s not necessarily a physical one. The Mark is spiritual. And when it comes to molding humanity into the Beast image, the phoenix is alchemical. Satan is deceiving us into believing that Rome was here all along.

10 And the devil that deceived them was cast into the lake of fire and brimstone, where the beast and the false prophet are, and shall be tormented day and night forever and ever. 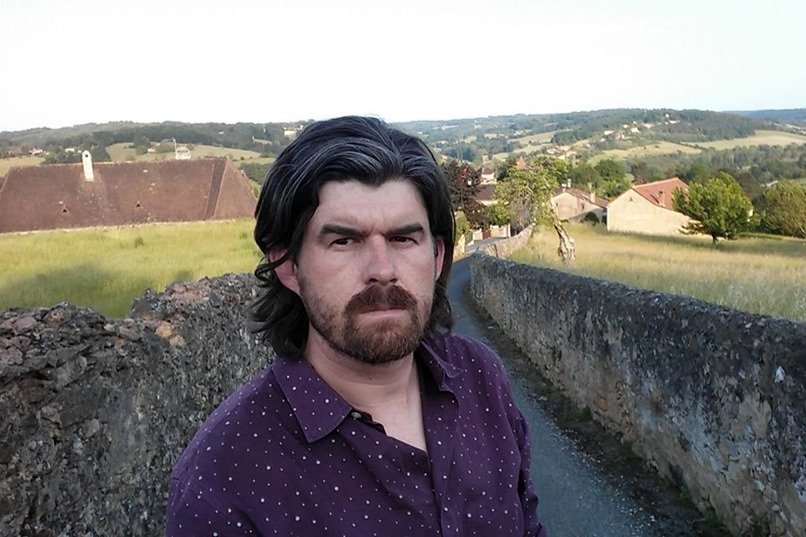