Jesus Repeatedly Referred to Himself as Enoch’s Prophesied Messiah

Yahusha is called son of man a grand total of 88 times in the New Testament, or secondary Scriptures. It was our Saviors own favorite self-designated title. A favorite of Enoch too. This is precisely another reason the Book of Enoch has me so excited. I simply have a difficult time putting it down. It’s a page turner. While preforming my stay-at-home Dad duties on the road, chasing to keep up with my toddler twin sons as they peddle carefree around Kennebunkport on their Radio Flyer tricycles, I’m simultaneously clinging to the Book of Enoch in my fingertips, its words loosely mumbling from my lips. I feel like I’ve only recently discovered a buried treasure. Why hasn’t anyone told me about this before?

If I’m excited for Enoch, it’s because in reading this long-lost book of Jewish ancestry, I’ve discovered yet another scriptural appearance by my LORD and savior, Jesus. The conclusion is somewhat unavoidable that the Nicene Council was heavily influenced by Enoch. New Testament writers practically plagiarized entire lines and sections of text. The importance of this book and its development of Christianity simply can’t be overstated. Stephen Quayle writes, “Several centuries before and after the appearance of Jesus in Jerusalem, this book (Enoch) had become well known to the Jewish community, having a profound impact upon Jewish though. The Book of Enoch gave the Jews their solar calendar, and also appears to have instilled the idea that the coming Messiah would be someone who had pre-existed as God.”

James H Charlesworth, director of Dead Sea Studies at Yale University, in ‘The Old Testament Pseudepigrapha & The New Testament,’ (Trinity Press International) says: “I have no doubt that the Enoch groups deemed the Book of Enoch as fully inspired as any Biblical book. I am also convinced that the group of Jews behind the Temple Scroll, which is surely pre-Qumranic, would have judged it to be quintessential Torah – – that is, equal to, and perhaps better than, Deuteronomy…. Then we should perceive the Pseudepigrapha as they were apparently judged to be: God’s revelation to humans.”

So, I’m chasing to keep up with my twin sons on their Radio Flyers; it’s another rainy, somewhat frigid day here in south-eastern Maine, and I stumbled upon this scene in Enoch where he’s taken to heaven and witnesses with his own eyes the then-coming Messiah in heaven, my personal Lord and Savior, going so far as to address Him as the Son of Man, and I couldn’t help but smile.

1 And there I saw One who had a head of days, And His head was white like wool, And with Him was another being whose countenance had the appearance of a man, And his face was full of graciousness, like one of the holy angels.

2 And I asked the angel who went with me and showed me all the hidden things, concerning that

3 Son of Man, who he was, and whence he was, (and) why he went with the Head of Days? And he answered and said unto me: This is the son of Man who hath righteousness, With whom dwelleth righteousness, And who revealeth all the treasures of that which is hidden

4 And this Son of Man whom thou hast seen shall raise up the kings and the mighty from their seats, and the strong from their thrones and shall loosen the reins of the strong, and break the teeth of the sinners.

5 And he shall put down the kings from their thrones and kingdoms because they do not extol and praise Him, nor humbly acknowledge whence the kingdom was bestowed upon them.

6 And he shall put down the countenance of the strong, and shall fill them with shame.

In-between the whispered mumbles of my lips. Smile. How could I not?

The more I read from this magnificent book, the more I simply don’t understand and am wildly perplexed as to why modern Protestant and Evangelical church leadership is so terrified of addressing the problem regarding Enoch’s rude dismissal from Christendom, perhaps even dare to admit at the possibility that it was a plausible mistake allowing such an inspiring read to be ripped from the pages of the Bible. No, suppressed. We need look no further than the Catholic Church. The number of copies they buried will never be known. Yet an additional factor is the 1900 year-old Coptic Orthodox Church of Egypt, who never once ruled by the Church of Rome,  and still managing to uphold Enoch as canon in the Ethiopic Old Testament, is telling. As a Christian, if reading these verses from Enoch regarding the Son of Man and Elect One don’t get you excited, then get in contact and lets have a talk.

In the meantime I’ve got the twins to chase after.

I’ll post further passages regarding Son of Man and Elect One that I’ve uncovered below. Give them a read, and if they should wet your appetite, find yourself a copy of Enoch. 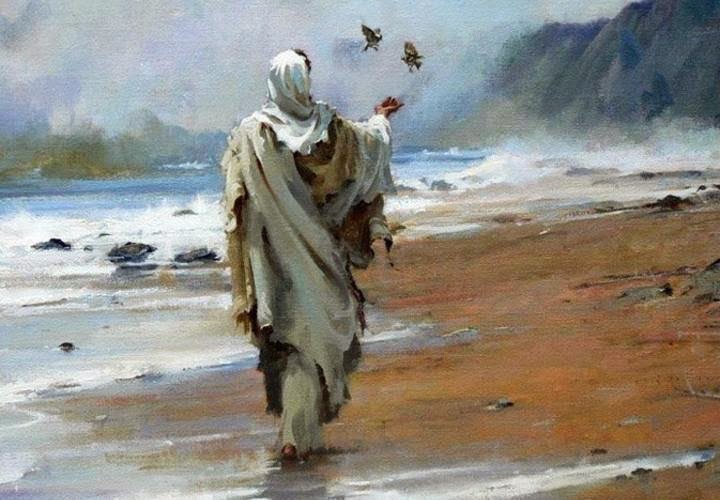 2 And at that hour that Son of Man was named in the presence of the Lord of Spirits, and his name before the Head of Days.

4 He shall be a staff to the righteous whereon to stay themselves and not fall, and he shall be the light of the Gentiles, and the hope of those who are troubled of heart.

5 All who dwell on earth shall fall down and worship before him, and will praise and bless and celebrate with song the Lord of Spirits.

6 And for this reason hath he been chosen and hidden before Him, before the creation of the world and for evermore.

2 For he is mighty in all the secrets of righteousness, and unrighteousness shall disappear as a shadow, and have no continuance; because the Elect One stands before the Lord of Spirits, and his glory is for ever and ever, and his might unto all generations.

4 And he shall judge the secret things, and none shall be able to utter a lying word before him; for he is the Elect One before the Lord of Spirits according to His good pleasure.

1 For in those days the Elect One shall arise,

2 And he shall choose the righteous and holy from among them: for the day has drawn nigh that they should be saved.

3 And the Elect One shall in those days sit on My throne, and his mouth shall pour forth all the secrets of wisdom and counsel: For the Lord of Spirits hath given (them) to him and hath glorified him.

1 And thus the Lord commanded the kings and the mighty and the exalted, and those who dwell on the earth, and said: Open your eyes and lift up your horns if ye are able to recognize the Elect One.

2 And the Lord of Spirits seated him on the throne of His glory, and the spirit of righteousness was poured out upon him, and the word of his mouth slays all the sinners, and all the unrighteous are destroyed from before his face.

3 And there shall stand up in that day all the kings and the mighty, and the exalted and those who hold the earth, and they shall see and recognize How he sits on the throne of his glory, and righteousness is judged before him, and no lying word is spoken before him.

6 And the kings and the mighty and all who possess the earth shall bless and glorify and extol him who rules over all, who was hidden.

7 For from the beginning the Son of Man was hidden, and the Most High preserved him in the presence of His might, and revealed him to the elect.

8 And the congregation of the elect and holy shall be sown, and all the elect shall stand before him on that day.

9 And all the kings and the mighty and the exalted and those who rule the earth shall fall down before him on their faces, and worship and set their hope upon that Son of Man, and petition him and supplicate for mercy at his hands.