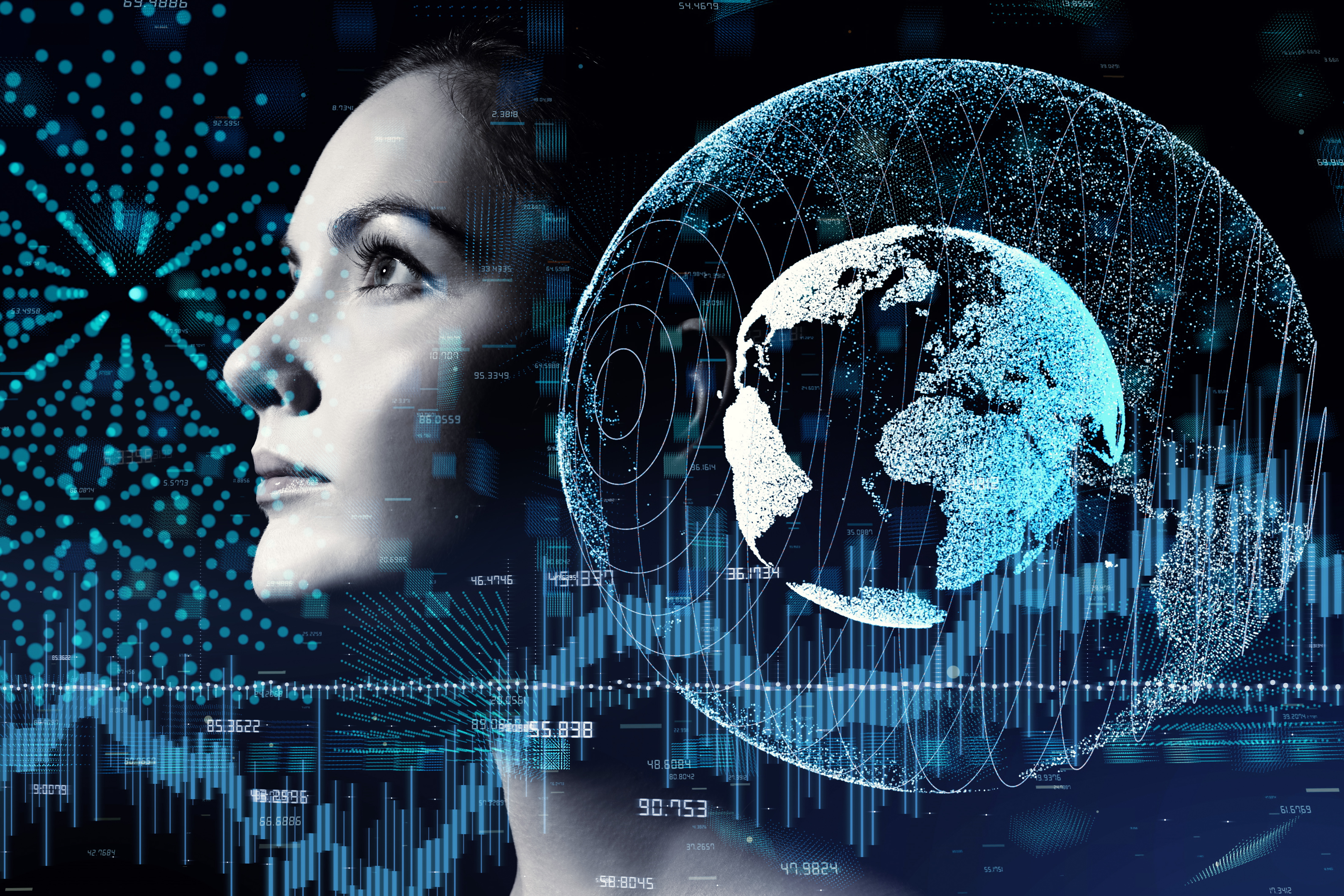 THE DAWN OF YET ANOTHER CENTURY WAS ALREADY AFOOT, and what better way to celebrate it than with a high tide of persecutions against the superstitious faith? The year was 202 when Emperor Severus’ orders found their way to the doorstep of Origen’s childhood home. The young Origen (184-253) insisted on accompanying his father, Leonides, after he was dragged from their house by Roman soldiers. His mother apparently hid both his shoes and his clothes in an effort to dissuade him. How Origen still managed to follow the heels of his father is best left to the imagination. It was at the Caesaareum, that very night, where Origen witnessed his father’s head thrown into a mound of heads, his body disposed of in another such pile-up.

The very persecution which had claimed Leonides’ life, and countless others, led Bishop Clement of Alexandria to abandon the catechetical school in Alexandria and seek refuge in neighboring Palestine. But that is not to say that Origen had not already been schooled by the master. Origen’s father was Greek, his mother Jewish. From the earliest age she taught him to sing the psalms in Hebrew. In his formative years he attended both the lectures of Clement at the catechetical school and Ammonius in his school of philosophy, and in the months leading up to Leonides’ beheading, the young pupils excellence was so widely regarded that his father simply became known as “Leonides, father of Origen.” It seemed only apparent to Bishop Demetrius, and perhaps necessary among those who survived the horror, that Origen would be appointed as the new dean of the Didascalia.

The brilliant scholar was only eighteen years of age.

In hindsight, it seems abundantly clear that Origen of Alexandria had, like his two predecessors, been initiated into the Eleusinian mysteries. It is a shame then that Origen’s contributions to church history cannot be overstated. He Hellenized the Christian church in a likewise and dramatic manner as Philo of Alexandria radically transformed Judaism. For Origen, an unapologetic Platonist and Pythagorean, the immortal soul and Plato’s globe reigned supreme, and like Plato, the pre-existence of human souls, the reincarnation of the wicked, and the purifications of souls bolstered his doctrine. Actually, Origen took Universalism to its ultimate conclusion—the devil would be saved at the end of time.

It is Origen who is first accredited with teaching the intercession of saints. He wrote: “But not the high priest [Christ] alone prays for those who pray sincerely, but also the angels…as also the souls of the saints who have already fallen asleep.” His lavish and rather self-indulgent interpretations no doubt derived from a familiarity with Hellenistic literature, which is ironic, since these very readings—abreasted with his Platonic and Pythagorean pupilage, as well as his Eleusinian advisers—aptly informed him that the entire Bible was not to be interpreted literally. Concerning the Genesis account of creation, he wrote: “Who is so silly as to believe that God…planted a paradise eastward in Eden, and set in it a visible and palpable tree of life… and anyone who tasted its fruit with his bodily teeth would gain life?” Rather, Origen employed his instructions in philosophy as an ancillary—at least, in his own mind—to the exposition and harmonization of Scripture. He also believed that such hermeneutics should be enforced in the Gospels.

Rather than employing the Lord’s eye-witness Testimony to apply his cosmology, he is among the first to prefer the Science of his day when embracing it. To this he writes: “Certainly what some say of this world, that it is corruptible because it was made, and yet does not go to corruption because the will of God, who made it and preserves it from being mastered by corruption, is stronger and more powerful than corruption, may more rightly be believed of that world which we have above called a fixed sphere, because by the will of God it is in no way subject to corruption, for the reason that it has not admitted the causes of corruption.”

Among his philosophical propositions, Origen claimed that the body and the spirit are on opposite ends of the moral spectrum so that the arms of the soul are tugged by both in either direction. That the body and the spirit held the soul at a conflict of interest is an understanding which derives directly from Platonism. For Plato, the immortal soul was cleft into three parts: reason, instinct, and desire. Furthermore, its divisions promised two alternative motives: rational concerns which aimed at the virtuous and secondly, mere desire. Origen agreed.

Jerome would later confirm that Origen “clearly supports the doctrine of transmigration taught by Pythagoras and Plato.” Perhaps Origen’s best-known quip on the matter can be summed up in De Principiis when he writes: “The soul has neither beginning nor end [They] come into this world strengthened by the victories or weakened by the defeats of their previous lives.”

In his Commentary on John, Origen referenced the Apocryphal Gospel of Hebrews to garnish his Pythagorean doctrine when writing of the Patriarch, Jacob: “I am an angel of God; one of the first order of spirits. Men call me Jacob, but my true name, which God has given me, is Israel.” To this Origen added: “Many of the Jewish doctors have believed that the souls of Adam, Abraham, and Phineas, have successively animated the great men of their nation.” The point here is that Origen believed John the Baptist was embodied by an angel who had previously animated the prophet Elijah, just as the Essenes likely concluded in his own day. He further bolstered his claims by summoning the great Alexandrian theologian of Judaism, Philo. Here he writes: “Philo says that the air is full of spirits, and that some, through their natural propensity, join themselves to bodies; and that others have an aversion from such a union.”

Origen taught that God had created matter, his globe earth, only to accommodate the throngs of fallen souls so that they could be restored to their proper spiritual state. It is here where the various loose-ends of his philosophical ponderings are neatly adjoined. For Origen, redemption required the active application of free will tin order that the agent might reunite with God in heavenly bliss. The only problem with free will is that it allows the fallen soul, embodied in the shackles of dirty flesh, to reject his maker. This would necessitate an elongated interim whereas stubborn souls could go whirl round and round on carousel of life, occupying human bodies until the salvation of every last child was grasped. In his foundational book, On First Principles, Origen further expounded on this cyclic-like samsara. Evil souls come into bodies, first of men. However their association with irrational passions would secure the existence of a beast, after their allotted span of human life, until finally they sunk to the level of plants. He wrote: “From this condition they rise again through the same stages and are restored to their heavenly place.” Origen has given himself away. Origen was a Gnostic clothed as a professor.

This likely explains why Origen took Matthew 19:12 to the letter and castrated himself. Flesh was dirty, and passions, even of procreation, were to be avoided. Later in life the eunuch regretted his decision. It was an extreme act, he admitted, and probably beyond the call of his faith.

Origen’s school was open to all—not just Christian doctrine. One of his pupils, Gregory—later known as Thaumaturges—recalled that “they were given complete freedom to find their way around the entire world of knowledge, and to investigate anything which took their interest, enjoying any mode of teaching and savoring the sweet pleasure of the intellect.” He further wrote:

“To be under the intellectual change of Origen was like living in a garden where fruits of the mind sprang up without toil to be happy with gladness by the happy occupants… He truly was a paradise to us, after the likeness of the paradise of God… and to leave him was to renascent the experience of Adam and the Fall.”

Considering what we know of Origen’s teachings, there is much to be pulled from Gregory’s nostalgic recollections. It is evident that the theologian from Alexandria did not receive his knowledge of the soul nor creation from the Prophets or the Apostles, but from beyond Pythagoras closed curtain and Socrates deathbed confessions in Phaedo and Plato’s Republic. Origen, Clement, and Pantaenus—and in fact, the whole of Alexandria—was filled with dark speeches. An entire generation after the death of Christianity’s first great intellectual tormentor, it is Origen who would finally accept Celsus’ challenge—at the request of his contemporary, Saint Ambrose, bishop of Milan—and debate him. By the time the first great defender of the faith was through with his theological tinkering, the bold face of Christianity would be thoroughly Alexandrian.

Continue to part 4: “The Contagious Superstition” | Are Christians Stupid? Celsus Thought So (and Even While Defending Them, Origen Agreed)