RIGHT AWAY the Titanic narrative presents some familiar oddities.

We are informed that the RMS Titanic sank on the 15th of April. I am quickly reminded that Lincoln died on the very date. April 15. Both were hoaxes. The Boston Bombing happened on April 15. Another hoax. There are of course other honorable mentions. Notre Dame in Paris ritualistically burned on April 15. The Virginia Tech shooting occurred on April 16. Both Waco, Texas and Oklahoma City went down on April 19. And the Columbine school shooting occurred on April 20. The month of April is a cyclic ritual for the Occult, bathed in blood—both real and imagined. Baal and Moloch will have his sacrifices. This is a difficult pill to swallow, but only for those who refuse to believe they’re ruled by slave masters, and that the precious reality they hold so dear is created by them. 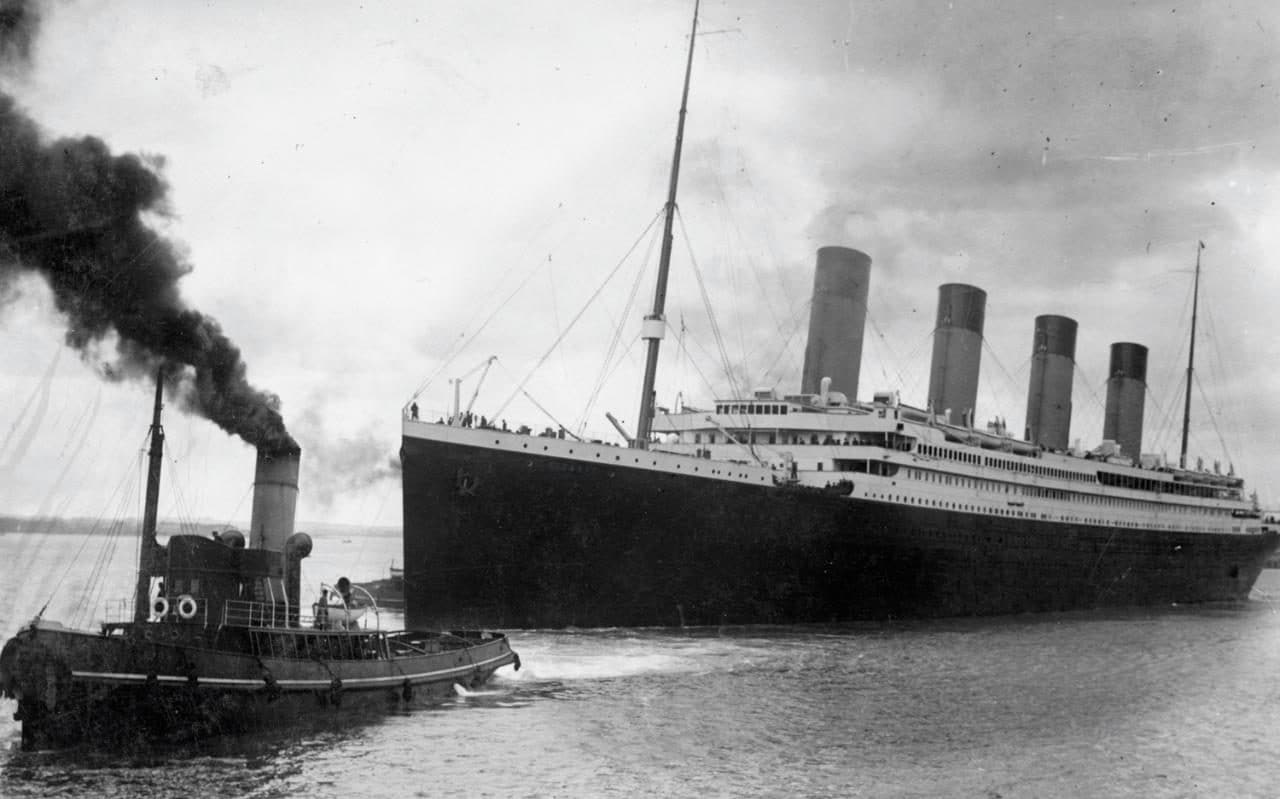 The most famous vessel in the world was oddly under-booked on its maiden voyage, and filled only at half capacity. The same can be said of Ford’s Theater in Washington. Then again, so was American Airlines on September 11—and the Pentagon. The official explanation makes absolutely no sense. Apparently, a coal strike kept ships from crossing the Atlantic, thereby frustrating foot traffic. Granted, Titanic was said to digest 825 tons of coal per day. So then—why wasn’t Titanic filled at its max capacity? A coal strike does not mean less people need to travel. Titanic had the capacity for 3,547 passengers. Only 2,453 boarded.

And by the way, of that malnourished number, only 1316 were ticketed passengers.

I’ll save you the trouble and pull out my calculator. There was one crew member for every 1.4 passengers.

And here’s some more math. 709 of those tickets weren’t even first class. Numbered among the 607 first class were servants. Yes, the wealthy thought to bring their servants.

None of this makes any sense. 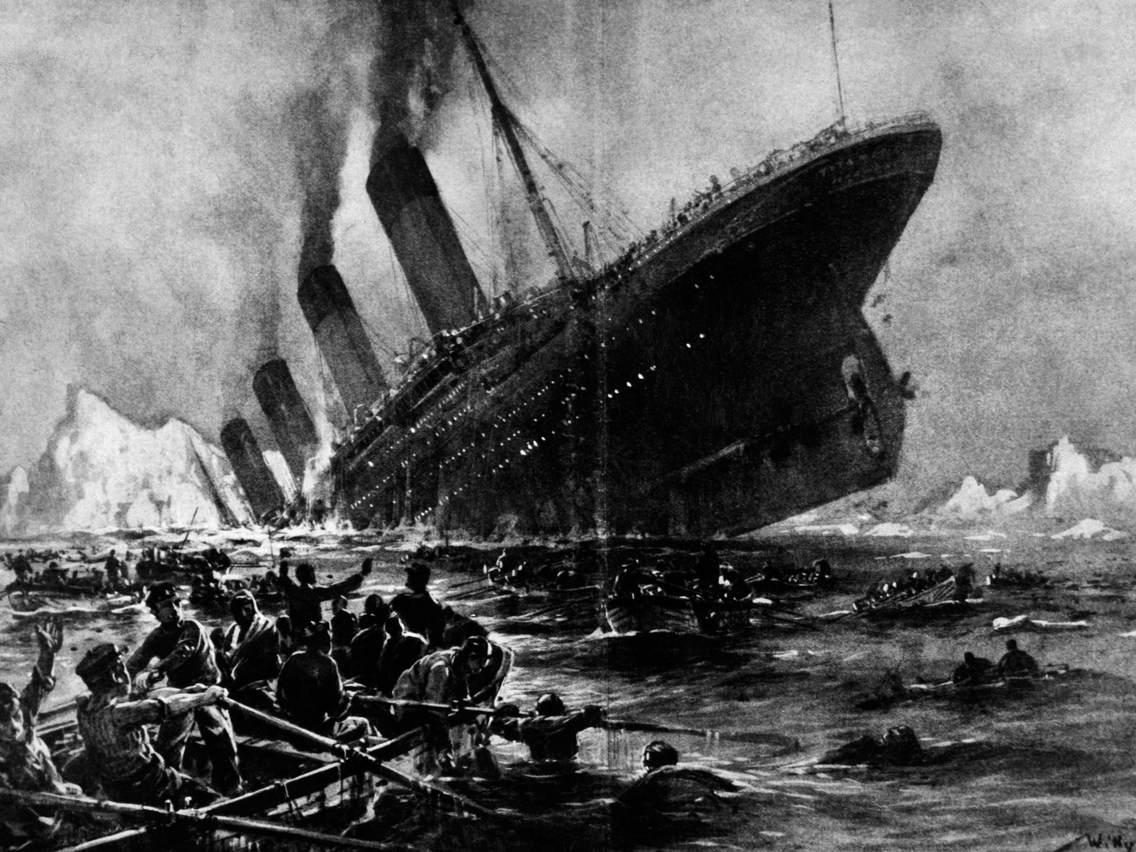 Even Titanic’s obituary is recycled. In 1898, American author Morgan Robertson published a novel called The Wreck of the Titan, in which an unsinkable British passenger liner of the same name hits an iceberg and sinks. Say it ain’t so. Unfortunately, there are too many passengers and not enough lifeboats. Oh dear. It is the month of April. The scene: 400 miles south of Newfoundland, north Atlantic. And though I have not taken the time to read the book before making comparisons, Wikipedia thought it a good idea to devote an entire article on the subject. Apparently, Titan was the same size, shape and speed as the Titanic. Both even had the same passenger and crew capacity of 3000, but sailed with just over 2000. And they sank in precisely the same fashion.

I love Wikipedia. Maybe it’s because I’ve seen how the magician pulls the bunny out of the hat. I know how the woman gets sawed in half—pun intended. While the audience is mesmerized by the illusion, I prefer directing everyone’s attention to the sloppy sleight of hand. Shut up, Noel! Just shut up and take your medicine like a good boy and keep a lookout for the magic bunny! Seriously, reading the mainstream narrative, as represented by Wikipedia, is like watching children on the beach, desperately trying to stop the incoming tide from filling the hole they’ve dug. 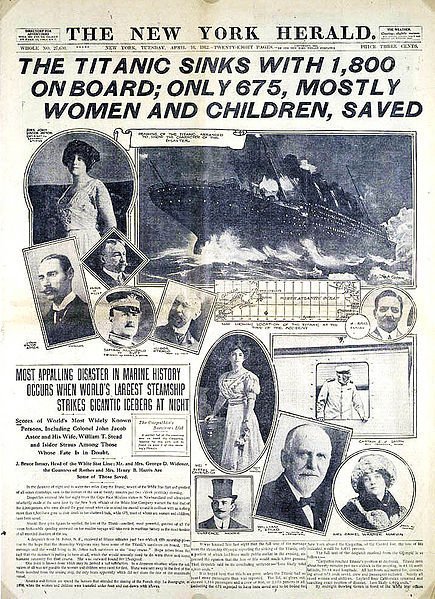 Here’s another snag to the official narrative. The Titanic went under at precisely 2:20am. April 15. And yet, The New York Herald managed a full front-page layout that very day. April 15. It not only involves an illustration of the Titanic hitting an iceberg, with an x-marks the spot on a map, but actual pictures of the wealthy on board. I can’t help but notice the first casualties they mention are John Jacob Astor and Isador Straus—opponents of J.P. Morgan and the Federal Reserve. 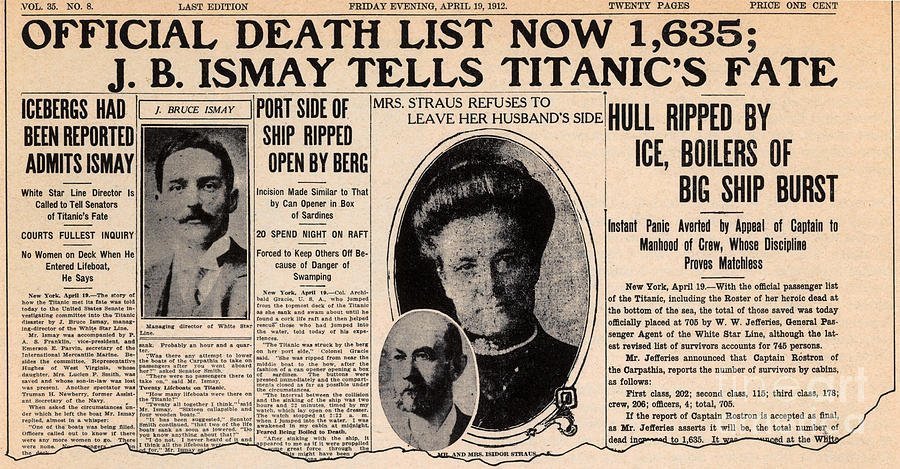 The next thing I notice is that that the narrative is already spelled out for us, and yet, despite White Star Line wiring the press its total manifest of passengers, every single newspaper confused the numbers—defiantly. The New York Herald says there were 1,800 on board with only 675 saved. The New York Tribune tells us there were 2,226 on board, with 866 rescued. For added reinforcement, they drew the Titanic’s path on a globe.  The Newark Advocate placed 2,209 people on the boat with 868 survivors. The Detroit News claimed there were 868 recovered from a total number of 2,109 passengers. By April 19, one newspaper raised the “official death list” to 1,635, several hundred heads above the Herald’s initial estimate—a list of victims which surpasses even today’s kill count. This was purposely done, not only to create confusion, but to suck Americans into the psychodrama.

It’s almost like they planned the Titanic’s sinking in advance.

Probably because they did.

And yet somehow, Baltimore’s The Evening Sun and The Syracuse Herald did not receive the memo. 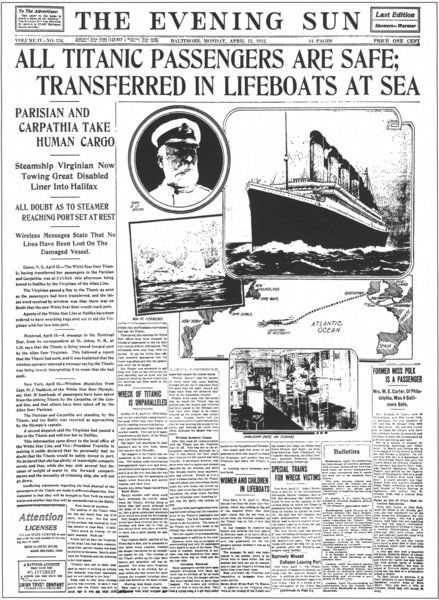 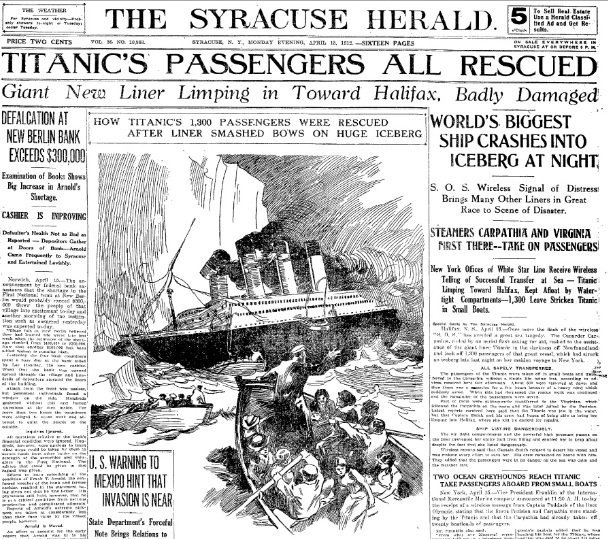 On April 15, Sun’s front page headline reads: “All Titanic Passengers Are Safe; Transferred in Lifeboats at Sea.” Syracuse placed 1300 passengers on the boat, and likewise claimed all were rescued. Only they added: “Giant New Liner Limping in Towards Halifax. Badly Damaged.”

Kind of makes you wonder what wire they intercepted.

Mathis, Miles, “The Titanic: The Fraud That Keeps On Giving”