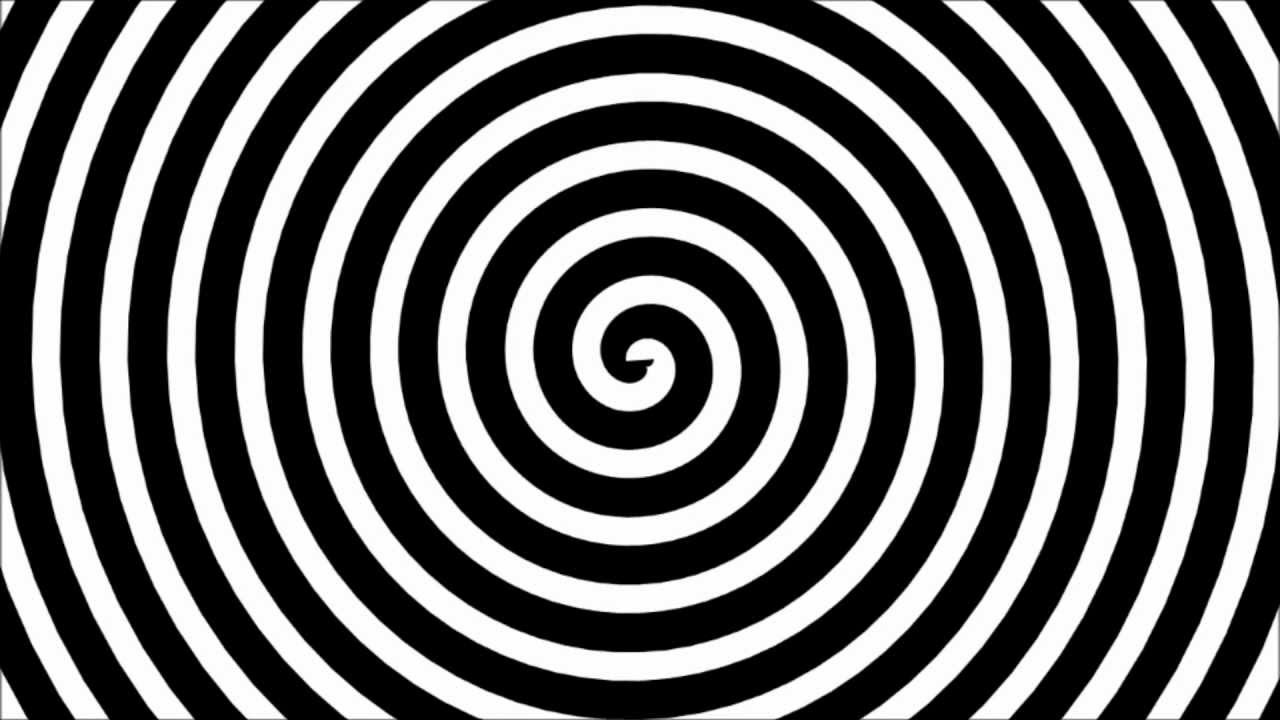 THE WORLD IS A PEEP SHOW OF THE UNKNOWN. There is an E-Ticket attraction for everything that is unseen by the common practitioner but which might be imaginably conjured with the mind. The mystics of Scientism and the philosophers of academia, as well as the prophets of Churchianity, all of whom promise to lift the curtain on his stage and dazzle the curious sort with exotica incarnate, should their inquisitor purchase a ticket, have much to profit here. There is no shortage of master magicians on Planet Earth. And yet should a man situate himself center stage on a stool and read out loud from his Bible—the Spirit gives illuminating Testimony to many curiosities of life within its pages; he would have a difficult time selling enough tickets to fill the first few rows.

Perhaps he is only reading from 1 Chronicles 16:30—a history book, where genre is concerned—which boldly states: “Fear before Him, all the earth: the world also shall be stable, that it be not moved!” Fascinating exposition of truth for some, just not for most, it seems.

Globe Earth and everything that can be found within its supposed 25,000-mile circumference has made a name for itself among its own endless line-up of Vaudevillians and humbugs. Verification of the Copernican model is no exception. In 1851 French physicist Leon Foucault suspended a 61-pound weight from a 200-foot-long wire at the Pantheon in Paris and set it swinging. Oohs and ahhs were reported to have followed. For the Copernican, it was the first real proof of a rotating Earth. But more importantly, for the patron of “New Astronomy,” the Bible had finally been disproven. Celebrations were in order. For astronomer Selim H. Peabody it was a “beautiful experiment” and a marvelous success. Yet it was nothing more than a parlor trick for the wide-eyed masses. And for the following century, at carnivals across the western world, Foucault’s pendulum would prove a star attraction. 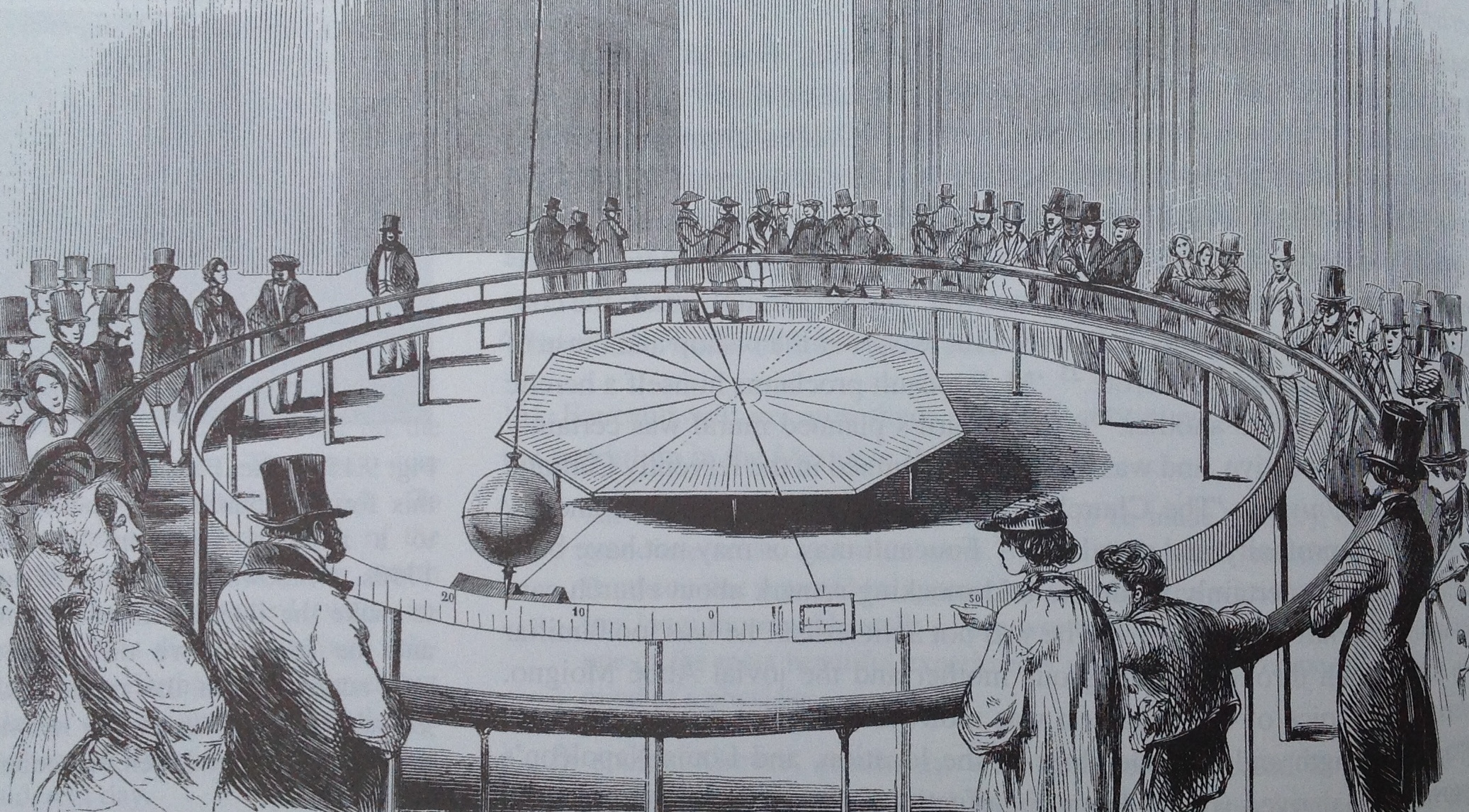 Never-the-less, despite the mainstream media’s typical ear-tickling narrative, honest men were present as eye-witness to Foucault’s premier experiment. Dr. Shoepffer served as one of them, and he wasn’t impressed. According to author F.E. Pasche in his book, 50 Reasons: Copernicus or the Bible (1915), Shoepffer said this of Foucault’s sleight of hand:

“In an introductory speech Dr. Menzzer at Quedlinburg showed that until then there had been no proof for the Copernican hypothesis, the so-called proofs being, after close investigation, just as many confutations, until the Foucault pendulum showed the rotation of the earth uncontrovertibly. The pendulum was tied, the string was burnt, the swingings began, but the pendulum deviated to the left, instead of to the right. It was hastily brought to rest. New burning of the string. This time the deviation was the one desired, and we were invited again to be present in the church the next morning at eight o’clock, to be convinced that the deviation agrees with the theory. On the following morning, however, we saw that the pendulum during the night had changed its mind, and had from the deviation to the right again returned to the left. To me this new proof did not seem to be quite in order. My belief in the Copernican doctrine was shaken by the speech of Dr. Menzzer, and I concluded to go to Berlin for an explanation. After seeing the pendulum-experiment here also and strangely again with a deviation to the left, I went to Alexander v. Humboldt, who was indeed ever the first refuge of those seeking information. He received me very friendly and spoke the memorable words: ‘I have known too for a long time that as yet we have no proof for the Copernican system, but I shall never dare to be the first to attack it. Don’t rush into the wasps’ nest. You will but bring upon yourself the scorn of the thoughtless multitude.’”

Foucault’s pendulum is best served as pigeon glitter for the typical rank and file—those preferring platform magic and susceptibility over their own God-given right to common sense. In other words, why fall prey to a humbug showman’s sleight of hand when El Shaddai is being revealed by the man sitting mostly alone and reading his Bible from the stool? Yet it is still to this day preformed—Foucault’s pendulum, that is—as champion-evidence of the globe, and in highly regarded museums across the world. Ironically, such lapses in judgement are as Paul McCartney once sang:

“But the fool on the hill

Sees the sun going down

And the eyes in his head

See the world spinning round.”

Released as part of the Beatles Magical Mystery Tour in 1967, The Fool on the Hill arrived in perfect historic timing—where soundtracks are concerned. The Copernican Maestro’s next great stage performance, seeing as how Foucault’s pendulum had lost its thrill, was about to be unveiled in their latest Vaudevillian platform—the television. Specifically, the Apollo 11 moon landing. The gentlemanly adventures behind Cold War espionage were already well regarded and fantasized over, all thanks to spy author Ian Fleming and filmmaking producer Albert R. Broccoli. While admittedly fictional, razor-edged bowling hats, ejecting convertibles and Maxwell Smarts shoes helped to quench the nuances for the unseen and plausibly unknowable until our government could come up with something better. They gave their American audience and the world a glimpse—or rather, a show—of the hidden war between the western allies and the Eastern Bloc which, as President Kennedy promised, they could finally follow. 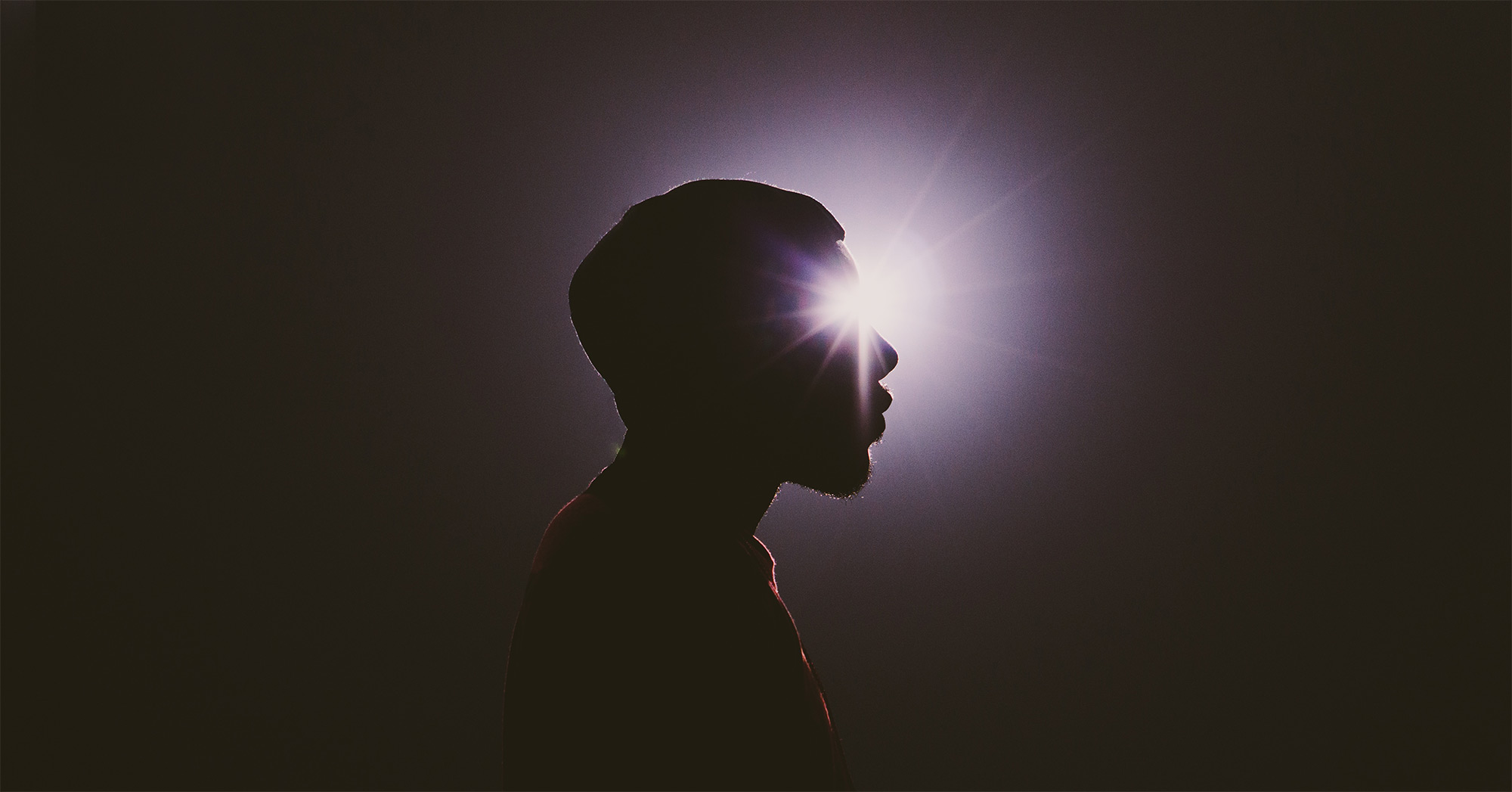 That police of the mind would very soon arrive in the glorious medium of television. In their book, “The Ascendancy of Scientific Dictatorship,” authors Phillip Darrell Collins and Paul David Collins had this to say:

“The TV ‘world’ becomes a self-fulfilling prophecy: the mass mind takes shape, its participants acting according to media-derived impulses and believing them to be their own personal volition arising out of their own desires and needs. In such a situation, whoever controls the screen controls the future, the past, and the present (Nelson).”

Effective frequency refers to the number of times a person must be exposed to an advertising message before it is deemed effective. In 1969, same year as the moon landing, Herbert Krugman conducted a series of experiments regarding the effect television had on a person’s brainwaves. He worked for General Electric, by the way—which currently owns and operates NBC. Accordingly, there are only three levels of exposure—never a fourth or a fifth. They are: Curiosity, recognition and decision. Rinse and repeat.

“Krugman monitored a person through many trials and found that in less than one minute of television viewing, the person’s brainwaves switched from Beta waves — brainwaves associated with active, logical thought — to primarily Alpha waves. When the subject stopped watching television and began reading a magazine, the brainwaves reverted to Beta waves.”

In Krugman’s report, his findings particularly note: “the mode of response to television is more or less constant and very different from the response to print. That is, the basic electrical response of the brain is clearly to the medium and not to content difference…. [Television is] a communication medium that effortlessly transmits huge quantities of information not thought about at the time of exposure.” 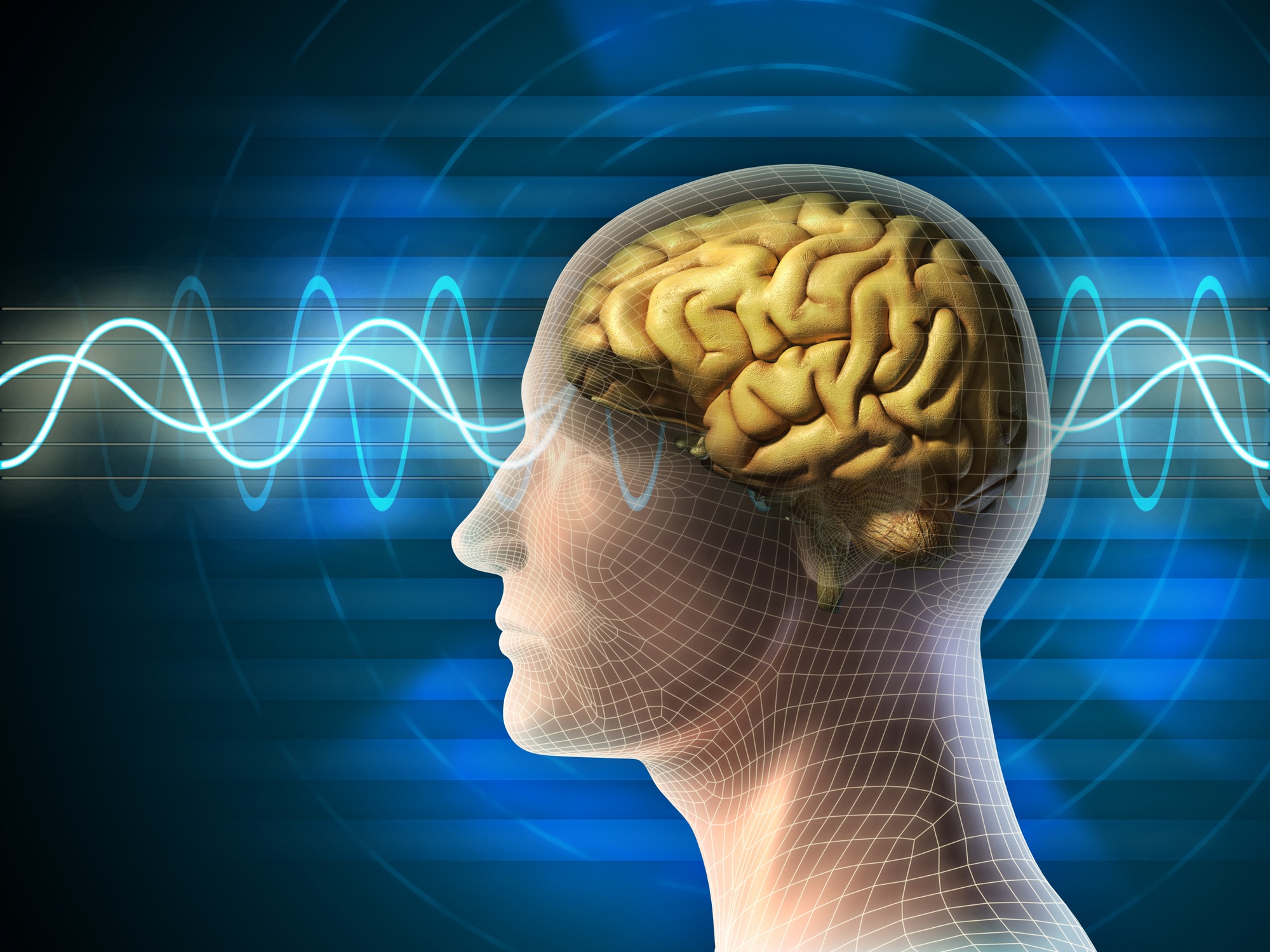 With a remote in hand, the viewer convinces himself that he is in control of his TV programming when in fact the TV is programming him; effective frequency or police of the mind. Within seconds of turning on his television, his mind has already slipped into the hypnotic state.  That remote, if he should ever convince himself that it were a wand obeying his every command, has now turned the spell back upon him. His brain waves have entered into the “Alpha state.” This is the realm of witches—the trance, the enclosed space of meditation and relaxation; where magic meets our altered state of consciousness. He has convinced himself that his susceptibilities to gathering information, particularly on a subconscious level, only affect his memory pool, when in fact he has overlooked the far more grim reality: our very beliefs are formed by our memories.

Writes Laurie Cabot in her book, Power of the Witch: The Earth, the Moon, and the Magical Path to Enlightenment (1989):

“Alpha is the springboard for all psychic and magical workings. It is the heart of witchcraft.”

“The science of witchcraft is based upon our ability to enter altered states of consciousness we call “alpha”….This is a state associated with relaxation, meditation, and dreaming….In alpha the minds open up to non-ordinary forms of communication….Here we also experience out-of-body sensations and psychokinesis and receive mystical, visionary information.”

If the connoisseur of God’s written Word, sitting alone on his stool center stage, has a difficult time assembling the crowd while Foucault’s pendulum—or particular to our own stage performances, the television—keeps the masses away, it is because humanity has chosen the realm of mysticism and meditation over the God-given powers of critical thinking.

“But!” his critics will demand, “Haven’t you seen proof of the globe? It’s on TV!” 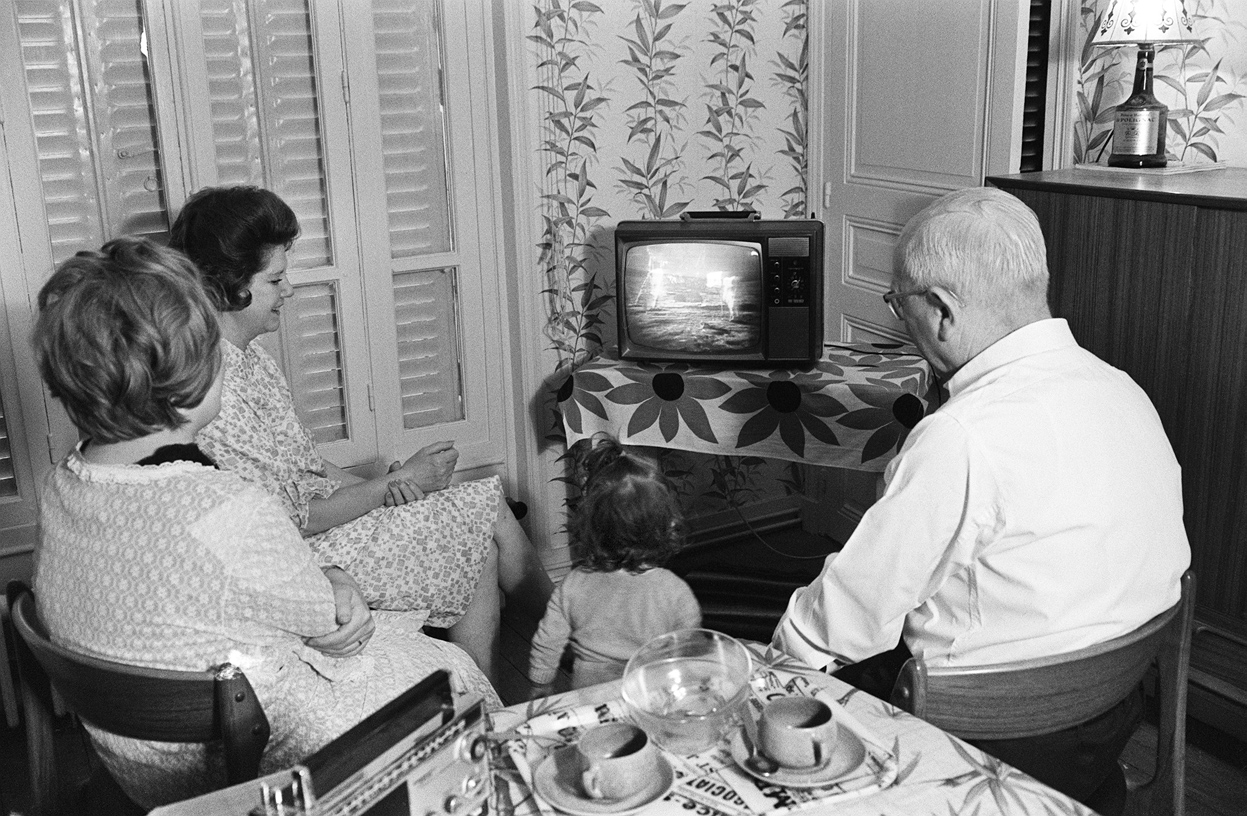 If they refuse God’s own Testimony, which will not only back critical thinking skills—if they have managed to retain them—but true science, I can only conclude it’s because the Creator has exclusively chosen to reveal Himself through the Beta waves which emanate from in His Word, and has neglected any appearances on television or in the media.

Did God not warn His elect that a strong delusion would come our way? Indeed He did; all so that we might follow the desires of our heart and obey the lie (2 Thessalonians 2:11). And perhaps, by delivering the wondrous world of television into our daily lives—as many as three in the average household—God knew, by His own divine wisdom, what would nurture those desires.

Apparently, President Richard M. Nixon did too. He once famously stated, “The American people don’t believe anything until they see it on television.”

So it should come as no surprise that the man who prefers a remote control and the alpha state of mind should gaze rather dreamily into the flickering glow of the NWO’s mind police and convince himself that, somehow, President Nixon could dial up Neil Armstrong on the moon and converse with him from a landline telephone.