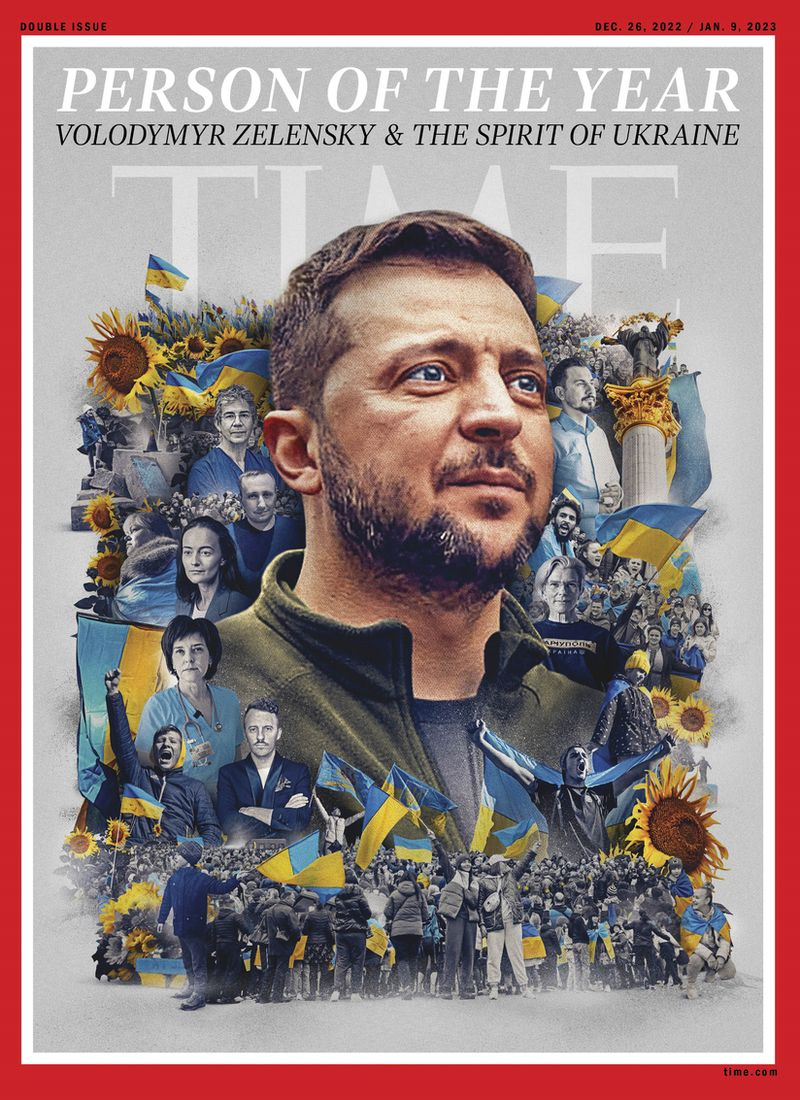 THEY did it. They actually went and did it. They went and pushed the button, the BIG RED BUTTON, and then convinced the vaccine people to follow their News cameras into the neighborhood of make-believe. I knew the Russo-Ukrainian War or whatever Illuminati history books will call it was a fake one but TIME naming Volodymyr Zelenskyy, the comedian who became Ukraine’s president, “PERSON OF THE YEAR” was a little over the top, wouldn’t you agree? Yes, you heard me right the first time. The Ruso-Ukrainian War. All staged. All ritual. Also, Zelenskyy is a Joo and an actor with an IMDb resume to show for it.

There’s simply far too much math to get into here. You’ll have to watch the numbers get added up in the PDF file below.

PDF [Update]: Ceremony By the Numbers: The Fake Russo-Ukraine War