ONE DAY IN THE SPRING OF 2015, 55-YEAR-OLD Bob Knodel got to thinking. Firstly, he thought about his training as a pilot—and then gyroscopes. He thought about space and satellite imagery too. Something didn’t add up right.

“I was always, for the last 25 plus years—I guess you could kind of call me a conspiracy theorist. I never trusted the government. I always knew there was something wrong with it—with the world in general, honestly. But I couldn’t put my finger on it. The biggest thing was with wars. You know, why did they have so many wars, for property or what? They’d spend billions of dollars on wars and they never made any sense to me. Why didn’t they just spend that money to fix the problem? As I grew older I started to have more and more distrust for the government, and the system in general. I never really liked it instinctively.”

Among Knodel’s earlier choice conspiracies were the Apollo moon landing hoax and the creation of the Federal Reserve, particularly “how that was done so underhandedly.”

Bob Knodel was born on Sunday, November 6, 1960. Elvis Presley, Chubby Checker, Connie Francis, and Brenda Lee were topping the American musical charts while elsewhere, in the political forum, Dwight D. Eisenhower was finishing his final terms as president. It is very unlikely that Knodel has managed to retain memories of the succeeding Kennedy administration, elected only two days after his birth. But Knodel was after all a baby boomer, and the space race—which Lyndon B. Johnson, then Senate Majority Leader and leader of the Democratic political party, had already muscled Eisenhower into nearly three years earlier after raising such a controversy over the Soviet Union’s Sputnik launch—had a lasting impact.

While Knodel was yet 6, Star Trek mesmerized American households with tales of the unexplored. His was a first generation Star Trek household. Only three years later, on July 20, 1969, Walter Cronkite would have everyone convinced that the seemingly was indeed possible. Like anyone else alive and conscious in the 1960’s, Knodel remembers. Nearly a decade later, while Knodel was only 17 years old, Star Wars would shake the foundations of his imagination. But he wasn’t alone. Gene Roddenberry and George Lucas, it seems, made just about everyone pregnable. Knodel’s affection was further nurtured by men like Richard Hoagland and Boyd Bushman. On July 25, 1976, an entire year before Star Wars, the Viking 1 satellite had acquired the image of a Martian mesa which seemed to depict a humanoid face. Hoagland later popularized the notion that the Cydonia region of Mars was once a Martian civilization, complete with pyramids and a ruined city. “Richard Hoagland was sort of a NASA spokesperson. He supposedly had worked for NASA for quite some time, and was a guy who had worked under Walter Cronkite. I really liked his work. In my mind the existence of extraterrestrials was absolute. And it still is to this day but just in a little bit of a difference context.”

“I was well aware that the footage they were putting out was fabricated. It was very obvious, the moon landing stuff—everything they did was clearly fabricated. But what I was trying to figure out—I figured they were just trying to hide the existence of extraterrestrials, maybe there were fantastic structures on Mars and the moon, and there was this whole other world going outside of this, and they didn’t want the general public to know about it.”

“But the thing I could never figure out about NASA is, even if there was a secret space program, why couldn’t they take some of those real photographs, supposedly from the secret space program, and augment the obvious, blatantly obvious CGI. And remind you, this is before I was ever a flat earther.” Knodel could only look at the state of the world and then gaze up towards the infinite blanket of space imagined for him and hope. “If this was the crowning achievement of God’s creation, then we’re in trouble. There had to be more intelligent life somewhere out there in the universe.”

By the spring of 2015, Clues Forum had become a regular fixture of Knodel’s online reading. “They went far and deep into the Apollo hoax, showing all the problems with the space shuttle launches and the ISS.” And then suddenly somebody posited the idea of a flat earth into the conversation. “He went into fairly decent detail on it. And by the time I was done with his post on that forum, I thought about it and I was convinced. Like, that’s it. That has got to be it. They are literally hiding the shape of the earth.”

What could possibly have been racing through Knodel’s head as he read that flat earth post?—Airplanes and understanding gyroscopes,   “especially from an engineering point of view. And it occurred to me that we never ever compensate for any curvature. It is not taken into consideration while plotting or piloting a flight plan. From day one in pilot training you’re told to pick a point on the horizon and fly towards it.”

“And then I thought back, because I’m also an RF engineer, a radio frequency engineer, and I worked specifically with satellites, believe it or not. Satellite headends, point to point terrestrial microwave, which are those big towers which they broadcast across the land, and they have lots of data that goes across those, and I also worked building cellular sites, two way and trunked radio systems, and pretty much everything RF. So radio frequency communications was pretty much my forte.”

“And I thought about that and it was like, you know, when I was working building these point terrestrial microwaves, the typical microwave shot is around 60 miles. You think about that, and okay, that’s cool, because the microwave towers are always set up on high ridges, high land elevations or mountains or anything like that, but then there were occasions where we would need to do path level adjustments, and sometimes we would need to skip back and bypass paths, and sometimes we would do two of them, which would bring us close to 200 miles going across Kansas or Nebraska, and the towers were only 100 foot high.” 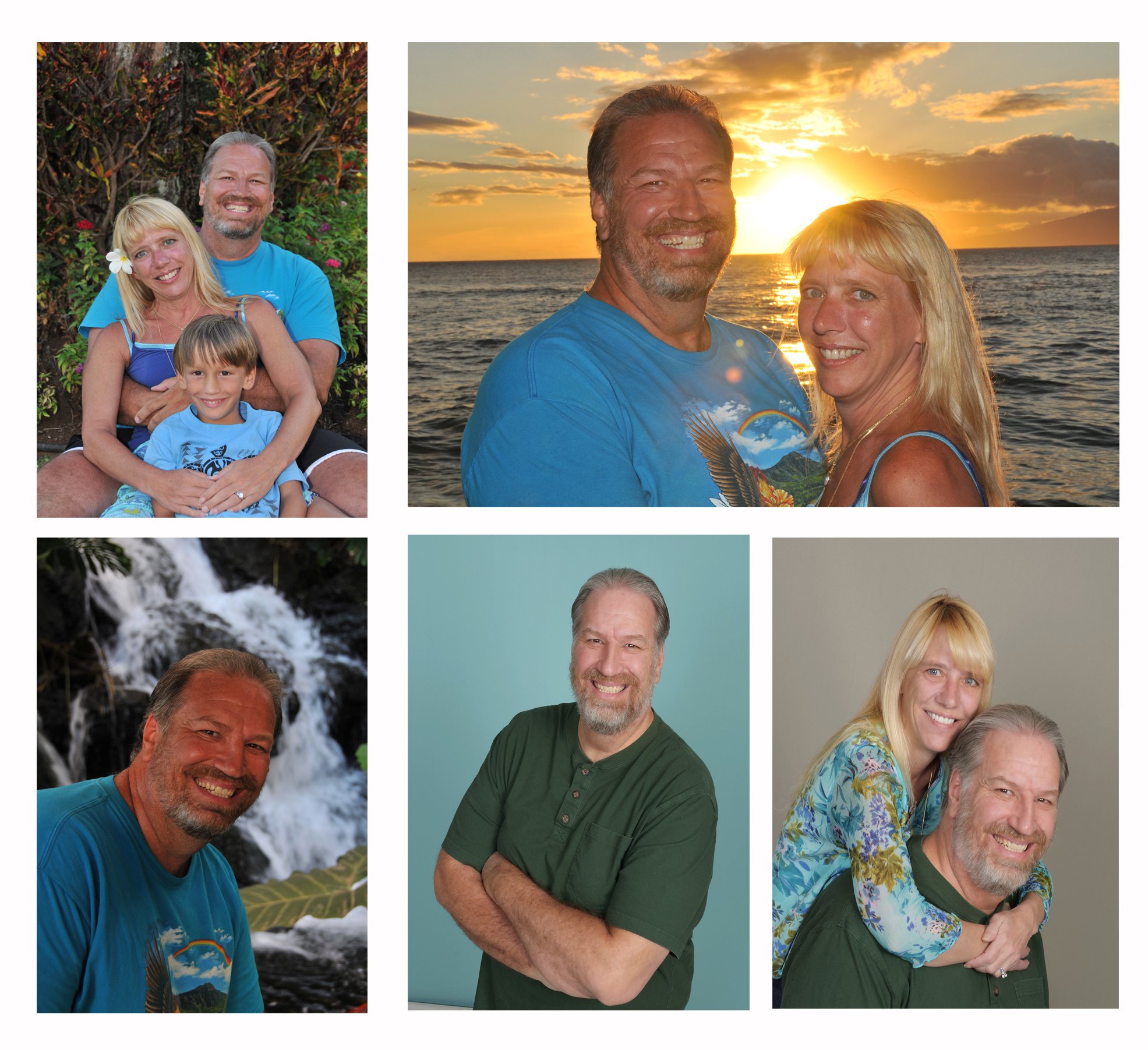 Bob and Cami Knodel with Jaren

He thought back upon his entire life and was like, Wait a minute.

Taking 8 inches per mile squared into consideration, “you do the math and there is no way we could have ever even come close to making those microwave shots on those test runs, and we had an absolutely beautiful signal on them on the next site down, and yet it was 200 miles away. I never thought anything about it. And now all these things sort of just came flooding into my thought process.”