“Luminous Beings Are We, Not This Crude Matter….” John’s First Epistle to the “Star Wars” Gnostic (and My Final Farewell)

THE TIP OFF COMES WHEN YODA, THE OLD JEDI MASTER, pinches young Luke Skywalker’s shoulder and quips: “Luminous beings are we, not this crude matter.” Star Wars is a Gnostic tale and more—so much more. So why did I take such satisfaction in a multi-act play whose very members the Apostle John once called “deceivers;” and worse, “the antichrist?” I suppose it was a case of wishful thinking. If Star Wars somehow resembled the Christian faith in the slightest, it’s because I desperately wanted it so. It’s what we call an informal fallacy. I had assumed that because I desired something to be true, it simply was. And to think that in my formative years—under the dreadful Copernican deception, I circumnavigated the First Epistle of John against the Gnostic, the Nicolaitan, and Platonism—all for my own pleasure, of course—when the warning was so unmistakably clear. “These things have I written unto you concerning them that seduce you.…. (1 John 2:26)” Just look around and tell me Star Wars isn’t a seduction. Unfortunately for me, it still is.

For a Christian like me, evil incarnate is Satan, and therefore the Emperor of George Lucas’ space saga, clearly being evil, must have also been allegorious for Satan. And yet such a notion was nothing more than the frail wisp of an illogical breeze; a covetous desire; a cognitive bias in which I evaluated the evidence set before me quite differently based on the proposed outcome. I mean, why wouldn’t the Emperor be Satan; was not the Copernican Universe “Christian?” What a fallacious philosopher I was! To speak of Plato’s “theory of forms” among my fellow brothers and sisters in the faith—throughout our many imaginative, somewhat spiritually adulterous, table-talk conversations—as if such a concept, higher forms and ideas, might actually carry Biblical water with it, while completely ignoring the demiurge that necessitated it!

The demiurge originated with Plato’s Timaeus in 360 BC, and being presented to the reader as the creator of the universe, can only emanate from a religiously jaded mind. For the Gnostic who loyally devoted himself to Platonism, the demiurge was the master craftsman of the perceivable physical world, which was also modeled after Plato’s “Forms.” In such a theory, the non-physical forms or ideas present the most accurate reality. But far more importantly—the material universe is evil while non-material is good. It’s why they believed Jesus was a spirit who possessed a sinful human body. The Empire of Star Wars brought suffering and evil into the material world—a fundamental belief of Gnosticism. Betrayal of the Gnostic would be the working of the demiurge, or in this case, the Emperor. His kingdom was of this world. Therefore the demiurge, who maintains the physical world—the Gnostic calls him Yahweh, by the way—is malevolent.

“This then is the message which we have heard of him, and declare unto you, that God is light, and in Him is no darkness at all.” 1 John 1:5 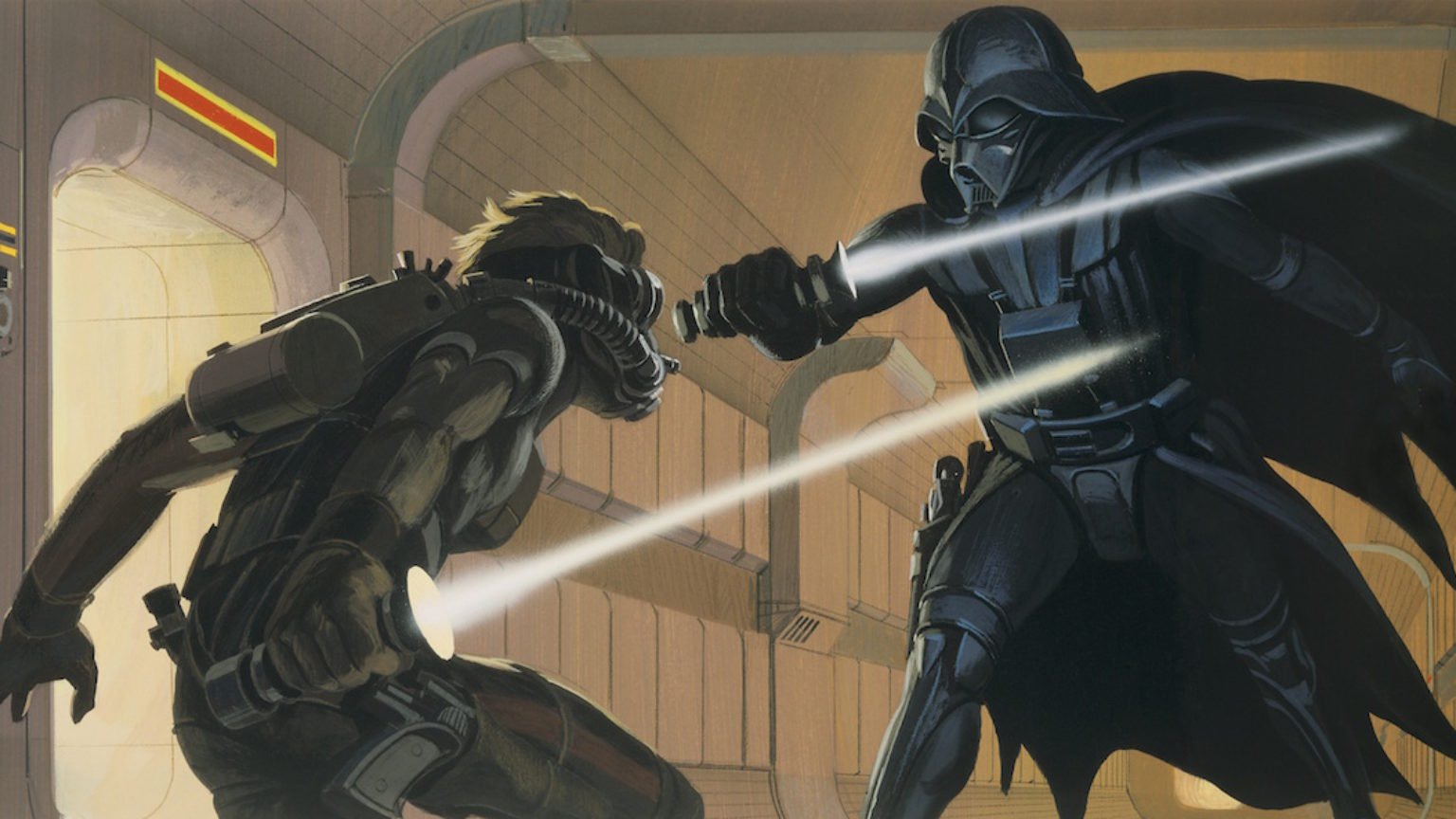 It was all wishful thinking. That the Star Wars saga outlines a “duelist ideology,” whereas opposing fundamental concepts exist; a two-faced morality always at conflict with the other half; the benevolent against the malevolent—never surfaced among my insistence that an underlining Christian message presents itself. Overlooking its overriding Buddhist narrative was another heavy-handed act of wishful thinking, as was the phrase, “May the Force be with you,” which is a purposeful occultist abomination of “May the Lord be with you.” Space, far away galaxies (from a long time ago); it was all covetous wishful thinking. Globe Earth itself was an informal fallacy. In other words, I held a Bible in one hand while devoting my life to narratives which openly opposes it.

I am so thankful that the Lord opened my eyes to His joyous cosmology!

And here I’d fancied a notion that the elitist Jedi Knights of Lucas-lore, who were self-proclaiming good and therefore combated against agents of the evil Sith, were simply noble mirrors of the Knights Templar, former guardians of the grail and Jerusalem, as if esotericism were not already fundamental to the Templar ranks. Imagine my capacity for “double-think” when the Djedi of ancient Egypt sought to challenge the failings of my own religious devotion!  Quite ironically, if Star Wars tells the fall of the Jedi Knights, an overt glance at the crusading Knights Templar, it’s because the Templar’s themselves were not merely historians of the Djedi, but proud and direct inheritors of their hidden knowledge.

The Djedi were world-renowned master magicians of ancient Egypt’s Mystery Schools. They were deadly too. Where-as the Jedi of Star Wars carried laser swords, the Djedi of Egypt were equipped with equally menacing staffs. What apparently made them so lethal however was the power within. The Kundalini Spirit, otherwise known as the Serpent Force, is an alchemical fire which lays dormant though coiled at the base of the spine. Once activated—yoga being one method of the Eastern occultist—the serpent vaults through every cell of the human body until its esoteric master, and willing recipient of demonic possession, becomes one with his so-called “pure energy.” For this very reason the Djedi column or pillar became the Egyptian symbol for immortality, and is a common hieroglyph among Freemasonry today. This, like the immortal Jedi spirits of Star Wars, they vainly hoped to achieve. Even mummies, covered with symbolic Djedi images, gives testimony to their vain hopes and devotion.

One Djedi priest mentioned in the Westcar Papyrus is said to have “possessed the key that opened the secret chambers of the sanctuary of Thoth.” Thoth is a legendary missionary of the ancient Mystery Schools. His particular antiquity, it is believed, originated with the legendary pre-flood metropolis of the Mysteries. Plato called it Atlantis.  In his article, “The Return of the Djedi,” Mark Amaru Pinkham writes:

“Through raising the inner serpent power, the Djedi acquired an abundance of Force which could be used to perform supernatural feats similar to those associated with Lucas’s Jedi. For example, the Djedi of the Westcar Papyrus who possessed the key to the secret chambers of Thoth was said to have acquired the power to reattach the severed heads of animals at will. Other Djedi are mentioned in Egyptian history as traversing the scorching Egyptian sands with only their magical staffs and/or becoming powerful magicians in the service of the Pharaohs.”

Another act the Djedi was devilishly known for, and which would be a crime of wishful thinking to overlook; they could turn their staffs into snakes. We know this as a fact because Moses testifies it to be true.

It was a dreadful and potentially damnable formal fallacy, in my decades-long devotion to Star Wars and other “deceptions” of the antichrist religion, to circumnavigate Jesus Christ for entertainment purposes. Moses and Aaron didn’t defeat the Djedi by their own esoteric wit. The book of Exodus presents no yoga poses or breathing techniques which the Hebrew brothers mastered in order for a mystical Force to awaken at the base of their spine. And it wasn’t the staff either, which the Lord utilized as a prop, I suspect, to mock the Djedi’s own. It was the Lord God Himself who dismantled the powers of Satan. The blood of the lamb destroyed the magic of Pharaoh and his legendary Djedi magicians at Passover, and the blood of Jesus defeated them once and for all on the cross.

And for this reason, I’m through. 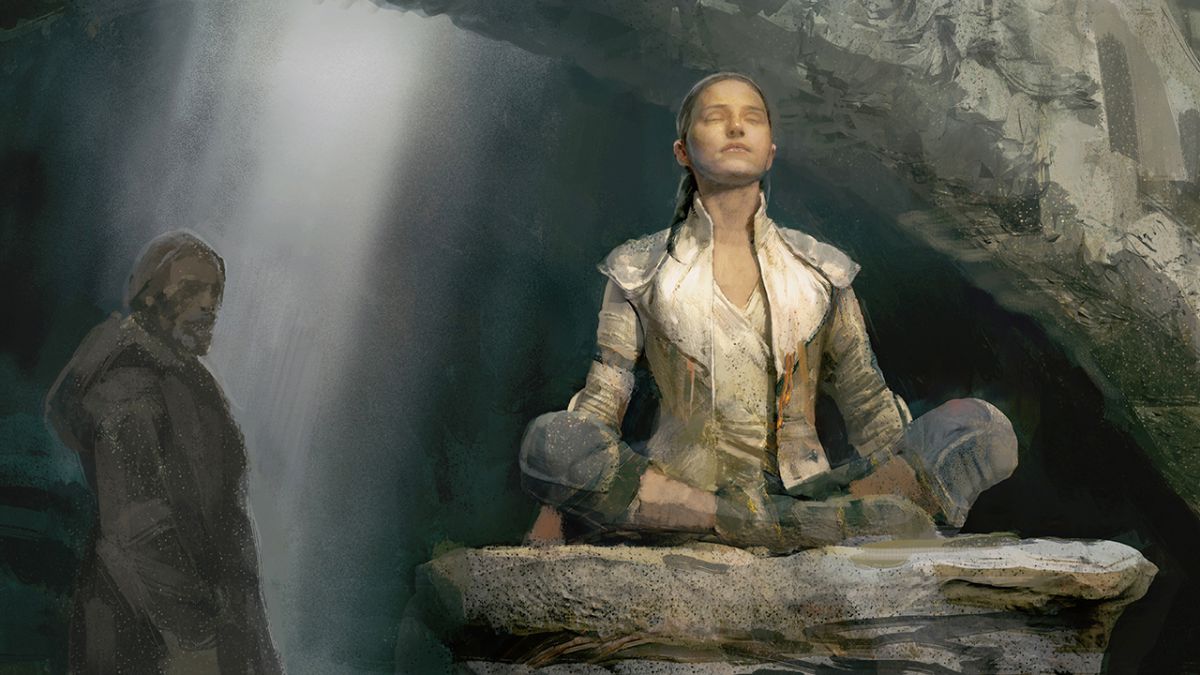