GLOBE PROOF…? | Deep Inside the Rabbit Hole with David Weiss (and the Flat Earth Awakening)

WHEN LISTENERS BEGAN SENDING DAVID WEISS flat earth videos in 2014, he deleted them—every single last one. “I wouldn’t even look at a single minute of video,” he said. Flat earth was bad for business. And besides, flat earthists, it seemed, were derailing the very truther movement which he held so dear.

Weiss and Timothy Rothschild met while working together at a company, the name of which, Weiss insists, is not necessary to the narrative. It was during lunch hour that their career in conspiracy theory, or what Weiss refers to as “truth seeking,” unofficially began. Here Weiss recalls, “We’d be talking about the Federal Reserve and how it’s not real money, and it’s a private bank, and nobody believed us.” Regardless, “it turned out to be a thing. At lunch time everyone would gather around us in the lunch room, because we’d be talking about truth that the main stream media doesn’t tell.”

“Conspiracy theory is a weaponized term. From the very beginning I was a truth seeker. When I hear something that doesn’t make sense I look for the truth.” Quite contrarily, “a bunch of Arabs with box cutters hijacked four planes and knocked down seven buildings in NYC and one in Washington while the fourth buried itself so deep underground in Pennsylvania that it cannot be recovered—that’s the definition of a conspiracy theory.” In other words, a conspiracy theory, such as the official 9/11 lie, is not to be confused with truth, particularly one’s search for it. Or more recently, while writing this book, there’s Jeffrey Epstein “in a maximum security cell on suicide watch. He hung himself and nobody saw it,” Weiss added, referring of course only to the official narrative. “That’s a conspiracy theory.”

Initially, DeepInside the RabbitHole was Rothschild’s idea. “Tim had a good friend who offered the opportunity for us to do a show with him. Stand Up NY Labs was a podcast studio in New York City, and they were looking for something conspiracy minded.” The weekly podcast highlighted the two as truth seekers, Weiss said, while “Mike Canon, the comedian, he tried to debunk us. Mike always tried to make everything we said a joke because that was his job.” The thing about Canon is, “we would discuss all of the false flags and hoax events that were happening in the world, and he slowly started to see that the stuff we were saying was real.”  But in the end, “he kept to his comedy.”

Sleeping people, Weiss added, loved the comedian but hated him. Then again, the woke loved Weiss and seethed their teeth at the comedian. It seems as though DeepInside the RabbitHole had a nerve to poke and prod with just about everyone. Their very first episode, 9/11 is Dave’s Baby, premiered on August 24, 2013. The show was a hit. “We did it every week for three years until it blew up.”

In the third year Weiss began receiving messages from flat earthists. “I started banning people from our social media for repeatedly saying such stupid things. And I wouldn’t even look into it, and then one day I was speaking with Sofia Smallstorm, who made one of the first 9/11 movies, called 911 Mysteries, and we became friends, and we were talking about how there were a whole bunch of hoaxes and events that were happening.”

Weiss said: “It’s amazing how much deception there is in the world,”

And then Smallstorm said: “Oh David, it’s worse than that.”

I think the earth could be flat. 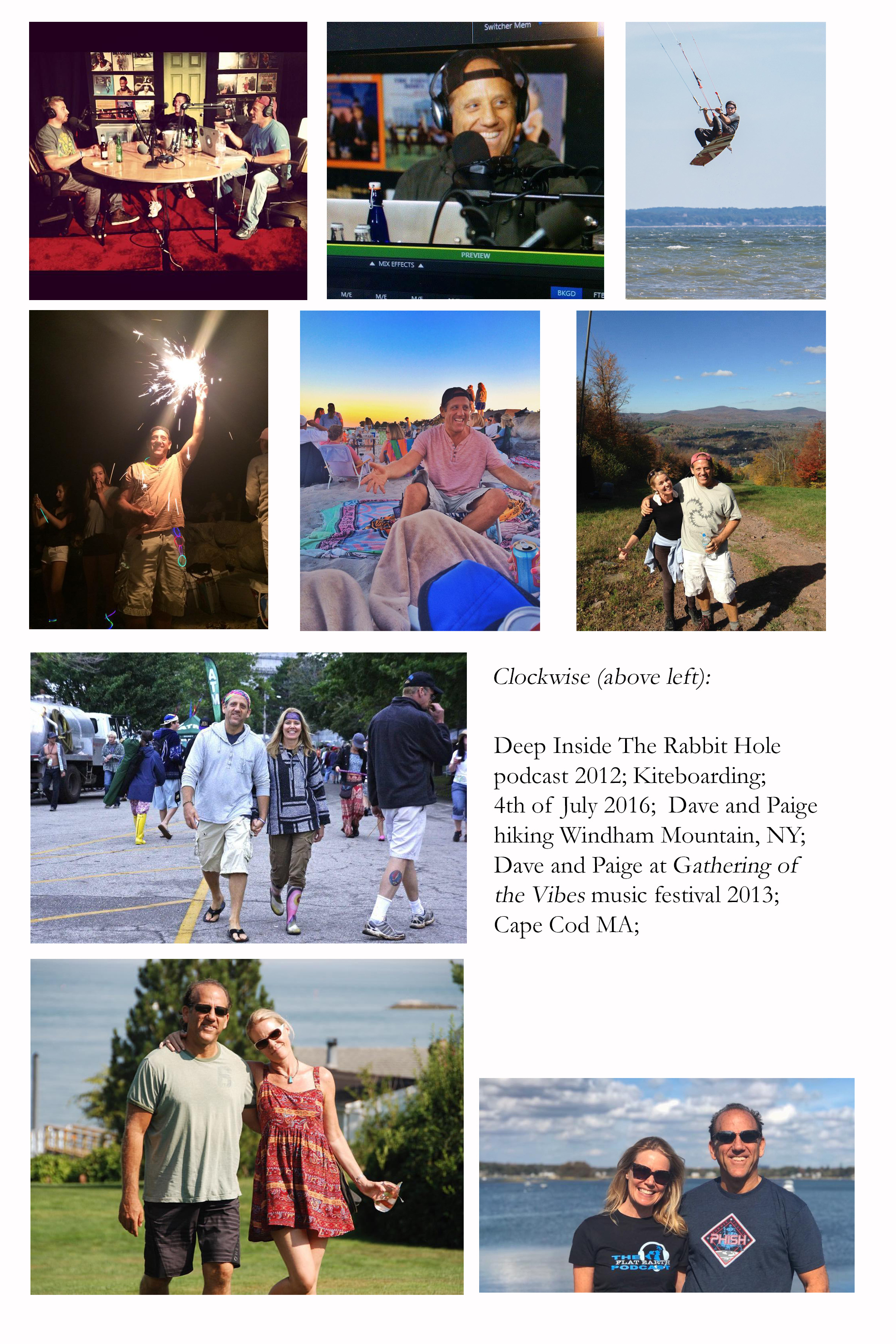 “I was bowled over,” Weiss recalled. This—coming from a fellow researcher whom he had so much respect for. “I had just spent twenty minutes banning a bunch of people from social media.”

What do you mean the earth is flat?

Smallstorm sent him an assortment of video links, and one of them was Mark Sargent. After stumbling upon Eric Dubay’s 200 Proofs that the Earth Is Flat, Weiss had had enough.

That’s it. I’m going to debunk this.

“And for the next two weeks I researched every hour of every day that I had available to disprove—just come up with one proof that the earth is a ball. That’s all you need, just one.” Weiss paused over the phone. “And I couldn’t do it.”

After Weiss began introducing the flat earth into his podcasts, “they didn’t want anything to do with it. They said: You’re discrediting all the work we’ve done.” It’s not like Weiss didn’t see that coming. “I actually didn’t bring up flat earth on the podcast for quite some time, because I figured that people would freak out.”

“And I was right,” Weiss concluded.