ADMIT IT. You want to try raw milk.

Or perhaps you already have. Come on, there’s no shame here. This is a sharing space. Raw milk. Everybody thinks about it now and then. Per chance, you were driving through redneck country last summer on your way to the Florida beach cottage that you purchased impromptu on Airbnb.com, or perhaps cousin Ernie was getting married in West Virginia and you were cashing in that once-in-a-decade family obligation. At any rate, you passed the turkey jerky stand and the cashews, but it was the sign which read: Fresh Eggs & Raw Milk that drew your attention. You looked to your spouse. He or she saw it too. There was a flick of the eyes. Should we? But neither of you said anything. It was probably better to leave your fantasy alone.

I know you never get frightened, so this was probably nothing like that. I mean, it’s just raw milk—right? But all you’ve ever known are plastic jugs or paper cartons containing pasteurized milk, stamped with a due date and stored in your cold fridge, and none of it came from the same cow.

This was raw. It’s so—nature-like. Straight from the tit. And if you asked the farmer, he might even let you meet the cow. It’s so—how do you say it? Anti-establishment.

But that was several months ago. We find ourselves now in the great coronavirus panic of 2020. We’re stripped of our rights. Latest fashion insists that everyone breathe through a face diaper. And all you can do is think about that raw milk. If only you’d risked it. If only you lived a little. And for all I know, you’re reading this because your spouse has left the room. Curiosity has gotten the better of you, and nobody can know. Before I’m through, there is a very good chance that you’ll fact-check with Snopes. I’ll risk it.

Pasteurized milk is good for you.

Also, germs do not cause disease.

There is a plausible chance that you did not expect to hear the added quip about germs. That was below the belt, you tell me. A cheap shot. But it’s true. And we can thank French scientist Louis Pasteur for believing that they do.

There it is again, the word Pasteur. Where have we heard that before? Oh yes. Pasteurization. Pasteur is notable for heating raw milk to very high temperatures in order to kill germs and bacteria. Hence, a process known as pasteurization. Pasteur was afraid of germs. Cows had germs. The thought of milk coming from an udder made the doctor wipe his mouth in disgust. Germs were everywhere. He had to do away with them. Google even states of Pasteur: “Proving the germ theory of disease was the crowning achievement of the French scientist Louis Pasteur.”

Germs are bad. Germs are not your friend. Germs are the cause of illness and disease and all human sorrow. Kill them. Kill the germs. Take your medicine like a good boy and ask your doctor to kill them all.

For nearly two-centuries, we have all been duped into believing a lie. Those who opposed Pasteur have been silenced and labeled as “Germ Theory Deniers.” That should raise a red flag. Whenever somebody dares to disobey the big phantom head projection and pull back the curtain, they label you a “denier.” But here’s what they don’t want you to know. Deniers aren’t just poking holes. They can slide their fist into the official narrative all the way up to their shoulders. For example, Pasteur eventually renounced his own germ theory. The Wizard doesn’t want you to know that. In the 1920’s, medical historians discovered that Pasteur even plagiarized Bechamp’s theories. Big Brother hates deniers. 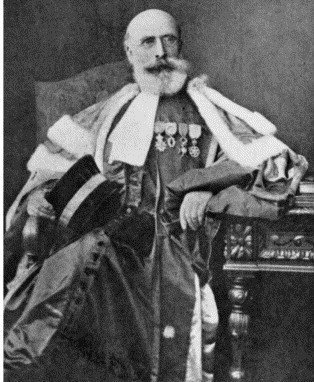 Oh, wait. I haven’t introduced you to Bechamp yet. Very few people know that Pasteur was butting heads with another French scientist, Antoine Bechamp. Bechamp noted that these germs which Pasteur was so terrified of were in actuality everywhere, and that they existed within lifeforms in a symbiotic relationship. Therefore, germs are not a disease. It was only when the host became damaged that the germs began to manifest as a symptom. Contrarily, that is not to say that germs were the cause of the disease. Unhealthy living was.

Bechamp advocated health through proper diet, hygiene, physical exercises, and all-around beneficial lifestyle choices. Accordingly, this is how we prevent illness and diseases—through healthy living. With Bechamp’s “cellular theory of disease,” there is no reason to fear the individual in the same room who cries: “Ah-choo!”

Such a belief however did not win over the One World Order narrative. Pasteur has an Institute named after him. Bechamp does not, I checked. In fact, try to Google his name. Everything that comes up are hit pieces. There’s you next red flag. The Ministry of Truth doesn’t care for Bechamp. Try even finding a descent picture of him. Looks like Skynet was able to locate a crumpled 3×5 photo in somebody’s pocket and scan it on an old Xerox machine for your enjoyment. The Pasteur Institute. It’s a French non-profit private foundation dedicated to the study of biology, micro-organisms, diseases, and vaccines. Wikipedia adds, Pasteur “made some of the greatest breakthroughs in modern medicine at the time, including pasteurization and vaccines for anthrax and rabies.” Nowadays, the Pasteur Institute is combating COVID-19. The enemy within.

To quote WIRED: “The French chemist Antoine Béchamp (1816–1908) was a life-long rival to the great microbiologist Louis Pasteur. Pasteur invented pasteurization and vaccines for rabies and anthrax and discovered that many diseases are caused by invisible germs. Béchamp was a bitter crank who argued that microbes became dangerous when the health of the host—its “terrain” or environment—deteriorated. Béchamp was comprehensively wrong.” Ouch.

The Ministry of Truth wants you on drugs. They want you injecting the vax. They desperately want you sitting in front of the television, gluttonously devouring pork-glazed potato chips. And more than anything, they need you to think that Bechamp is a stuffy-nosed crank with a Scientism deniers fist pronounced up his crack.

They must. They have to. They have no other choice. We’re far too close to the end game. They want you quarantined in your homes with the door locked and the blinds closed. At the risk that the whole lie unravels. Everything you’re being told is a lie.

CIA Director William Casey once told President Reagan, “We’ll know our disinformation is complete when everything the American public believes is false.” 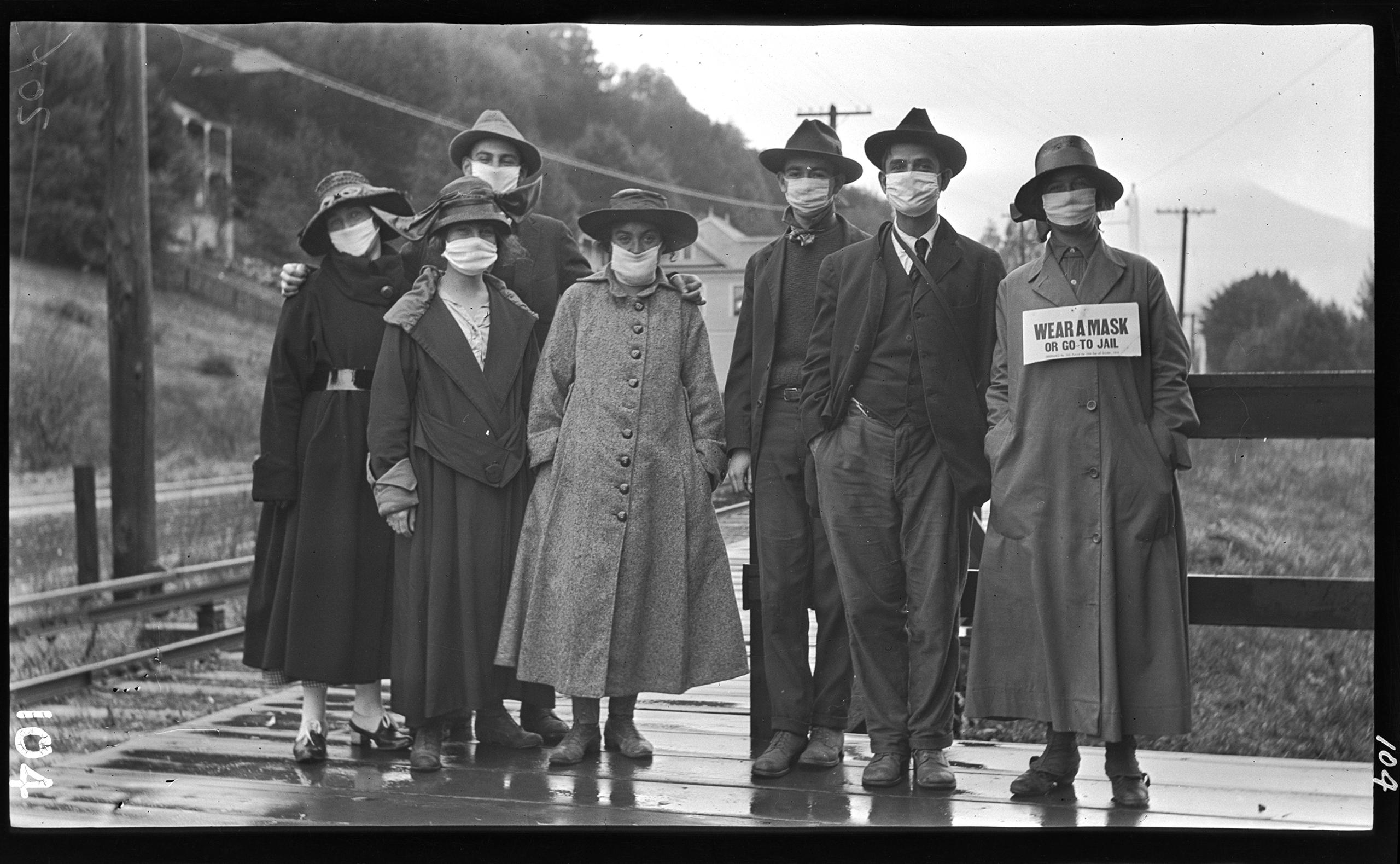 LET ME tell you a story.

In a global pandemic lasting from 1918 through 1919, the “Spanish Flu” killed an estimated 50-100 million people. And yet, to this day nobody has been able to pinpoint the killer influenza strain because influenza did not kill 100 million young men and women. Perhaps pneumonia is actually to blame.

With the outbreak of the First World War, the pharmaceutical industry finally had their test subjects with the hundreds of thousands of young men who were no longer in ownership of their own bodies. Beginning on January 21, 1918, in Fort Riley, Kansas of all places, thousands of men were given bacterial meningitis vaccines. Within days, hundreds began reporting to the infirmary.

but the vax which killed them. 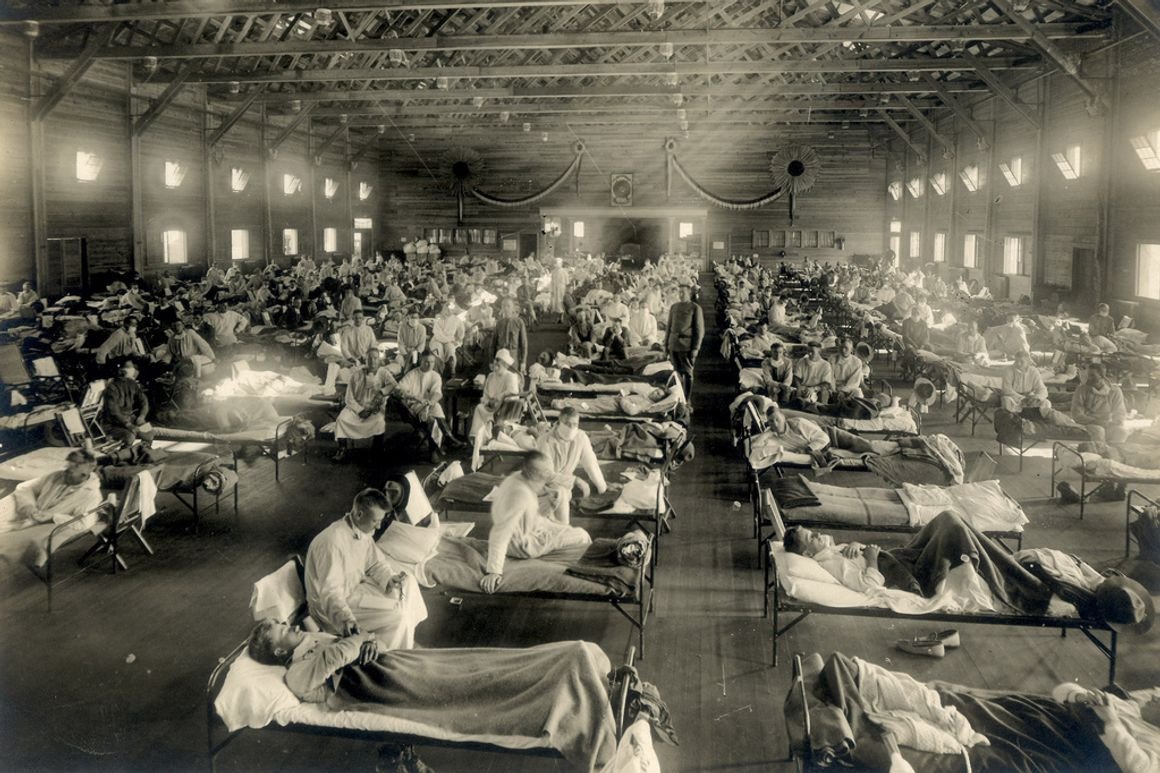