Prepping for an epic Green Pond Trail mountain bike shred at Snow Basin, I began pumping up all the tires. Little brother, big daddy, and I were the crew. Green Pond Trail begins uphill entering a thick forest, eventually leading into open fields with scenic views, crescendoing into a heart-pumping, leg-blasting rocky climb to the top. Looking at the flat squiggly-line detailing a 3 mile assent on the trail map did not reflect the real-life aggressiveness of the climb. Thankfully, the fun and encouraging vibe empowered me.

Summiting the mountain-top at the peak of the afternoon heat, we were all very tired, but it was time for the reward of bombing down-hill. Flying down, hitting turns, rolling over rocks, combined with the smells of the dust, leaves, hot air and sage bushes; it was exhilarating!

Thriller describes what happens next. Finishing with a quarter mile remaining, we hit the last switchback with the finish in site. Suddenly, a large, tall, wide, dark, hairy figure was standing right next to the trail! My heart sunk like an anchor to the sea floor, filling my soul with darkness. I yelled. I screamed. I gripped my handle bars tight. I pedaled as fast as I could. Eyes forward and moving quickly away thinking “don’t look back!” and “what was that?” Arriving to the parking lot, reuniting with my brother and dad was the most fabulous feeling ever.

Collecting our thoughts as we racked the bikes, the adrenaline filled conversation matched our wide-eyed expressions. Driving home felt abnormally long as an eerie silence blanketed us. The feeling of safety immediately came upon us arriving home. Story-time with mom and sister added wonderment to our adventure. As the conversation continued, we began recalling recent news reports we’d read of two hikers vanishing without a trace in the Wasatch mountain trails in our valley. What was it that we had encountered?

The following week, a 29 year old woman vanished on the same mountain trails. Responding, the valley rallied together searching with cadaver dogs, drones and lots and lots of volunteers who scoured the mountain side in search of the missing woman. Our family joined in the search, coincidentally taking place during the Feast of New Oil. Searching was different for us in that we were not approaching it only in the physical realm, but ready to do battle against the spiritual enemy that we had encountered earlier on the mountain and that we were pretty sure had a part in all of these mysterious disappearances. We hiked, we prayed, we anointed the ground with oil. Two nights previously , my mom had a dream in which she saw the woman screaming from underneath the earth; because of this as well as my experience on the bike trail, our search had intensity of purpose. Reaching the top of the mountain, looking at the mid-day sun, hoping for a breakthrough in our search but finding nothing we began our descent. As we walked we came upon a young family on the trail. Asking them if they had heard of the missing woman, the Dad replied, “Yes, she is my sister. We have been coming to the mountain every day since her disappearance, calling out her name and hoping for her reply. She is one of many who have vanished without a trace in this valley.” The rest of the hike down was solemn.

In the next weeks we researched this issue further. New to the valley and to this phenomenon, we discovered this was not a unique event. These disappearances have been happening since the founding of the valley ( whose nickname is H.E.L.). Thinking back to our encounter on the bike trail we realized that the Spirit that lives in us caused that darkness to flee. Yahweh’s light set a hedge around us that did not allow the enemy to cross. We do not fear the evil of the mountain darkness, we vanquish it!

John 1:4-5. In Him was life, and the life was the light of men. The light shines in the darkness, and the darkness has not overpowered it. 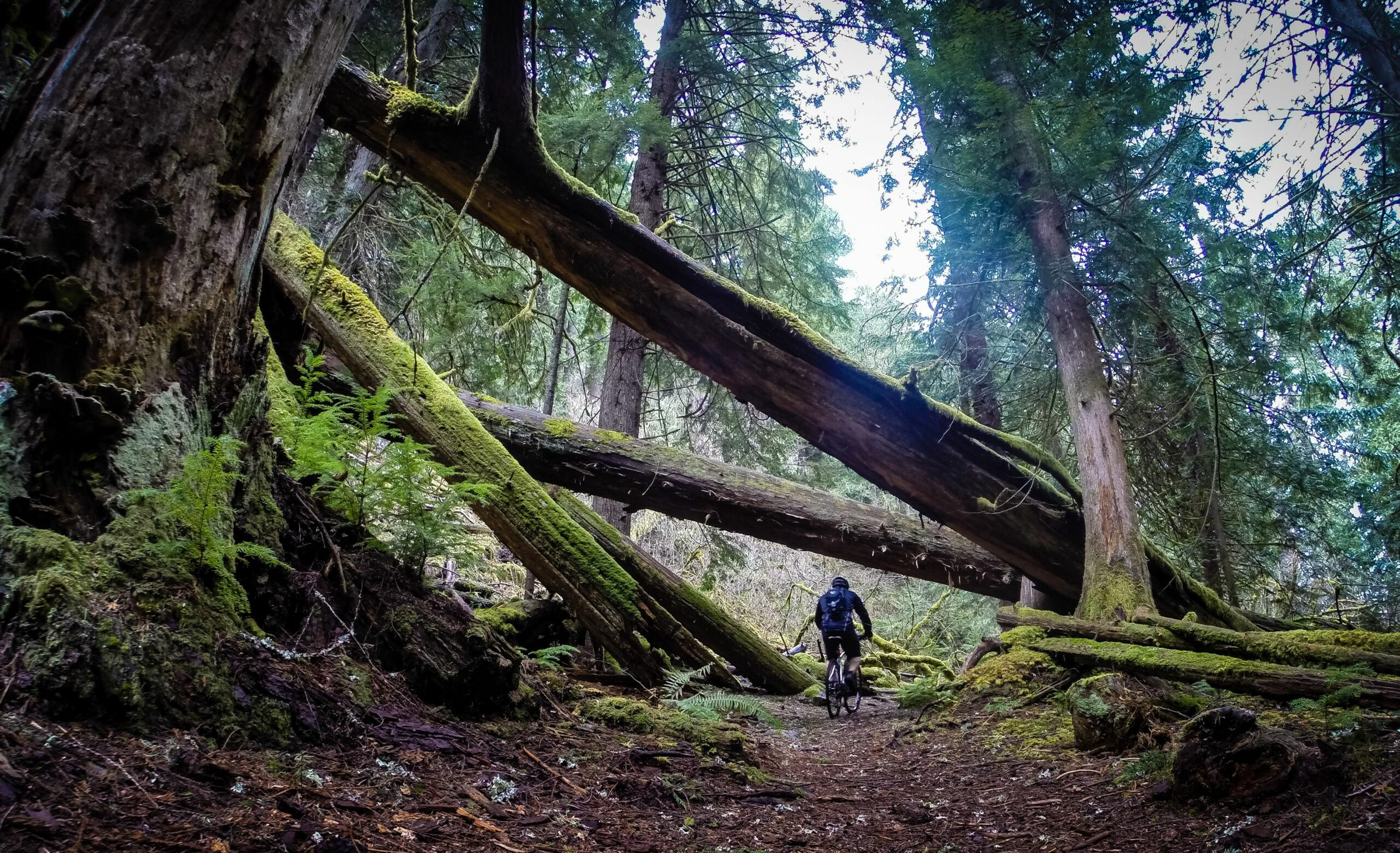 13 year-old Evan Grizzly resides mountain-side in Northern Utah, 6,000 ft high—a life which lends to routine adventuring. Exploring the Mountain range thru trail running, mountain biking, and alpine skiing offers abundant physical fitness, all the while filling the soul with life. Tickling the ivories of his fourth-generation piano to the classics always gets his creative juices flowing. Escapades with local Moose, Elk, Deer, Mountain Lions, Coyotes, Rattle Snakes, and even Bigfoot are frequent and ever so unique in interaction. Following Yahweh’s ways, operating boldly…peculiarly, and head-swiveling to the Adversary’s deceptions with his Dad, Mom, younger brother and sister is their usual.