[Note: Strictly speaking, the text is not a creation-legend, though it gives a variant form of the principal incident in the history of the creation according to the Enuma Elish. Here the fight with the dragon did not precede the creation of the world, but took place after men had been created and cities had been built.]

The cities sighed, men …
Men uttered lamentation, they …
For their lamentation there was none to help,
For their grief there was none to take them by the hand.
· Who was the dragon… ?
Tiamat was the dragon…..
Bel in heaven hath formed…..
Fifty kaspu [A kaspu is the space that can be covered in two hours travel, i.e. six or seven miles] in his length, one kaspu in his height,
Six cubits is his mouth, twelve cubits his…,
Twelve cubits is the circuit of his ears…;
For the space of sixty cubits he … a bird;
In water nine cubits deep he draggeth….”
He raiseth his tail on high…;
All the gods of heaven…
In heaven the gods bowed themselves down before the Moon-god…;
The border of the Moon-god’s robe they hastily grasped:
“Who will go and slay the dragon,”
And deliver the broad land from…
And become king over… ?
” Go, Tishu, slav the dragon,
And deliver the broad land from…,
And become king over…!”
Thou hast sent me, O Lord, to… the raging creatures of the river,
But I know not the… of the Dragon!

…………….
And opened his mouth and spake unto the god…
” Stir up cloud, and storm and tempest!
The seal of thy life shalt thou set before thy face,
Thou shalt grasp it, and thou shalt slay the dragon.”
He stirred up cloud, and storm and tempest,
He set the seal of his life before his face,
He grasped it, and he slew the dragon.
For three years and three months, one day and one night
The blood of the dragon flowed. … 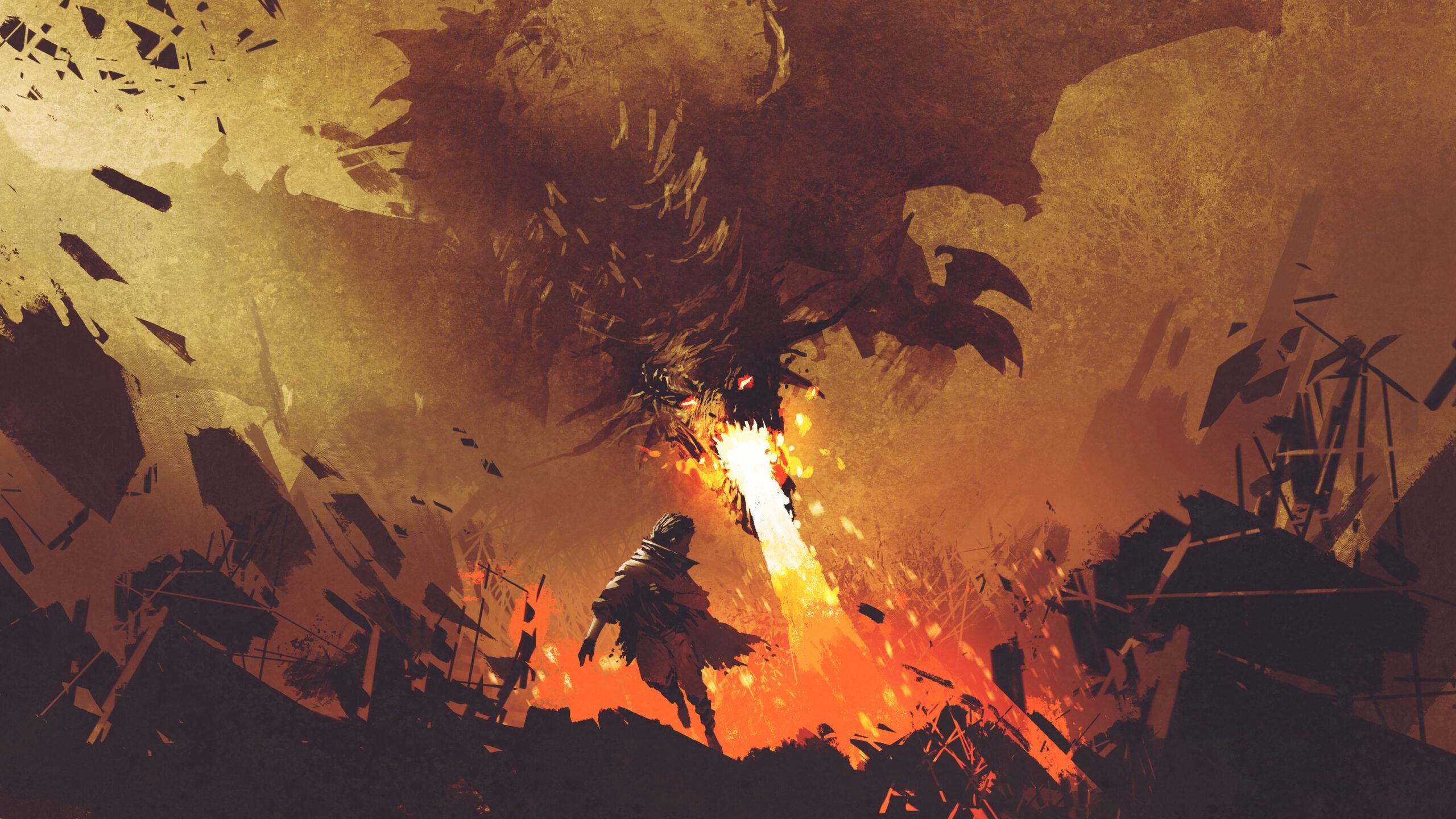 This particular translation of Enuma Elish originates from Mesopotamian Creation Stories by W.G. Lambert and is used under Creative Commons license from the Etana Websit.