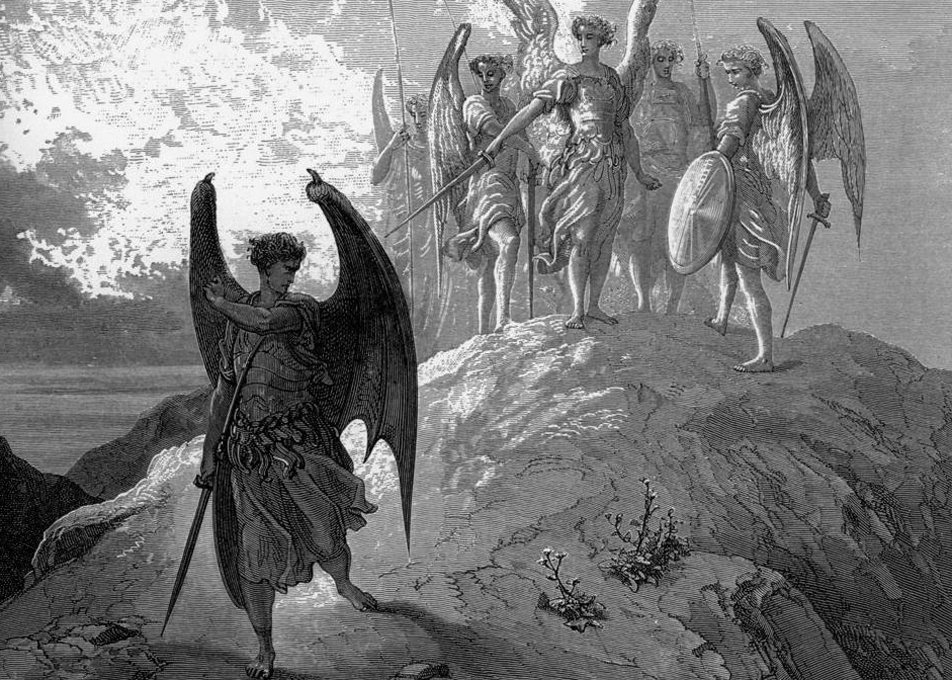 IT IS NO SECRET THAT ENOCH WAS IMMENSELY POPULAR within the Hebrew faith during the centuries leading up to Jesus’ ministry—a trend which would undoubtedly change hands into Christian circles for the following two or three centuries. Second century Apostolic fathers such as Justin Martyr and Irenaeus, Polycarp’s successor, hailed it as Scripture. So right there I’m in good company. Seminary students today are not taught the many New Testament phrases and theological teachings which finds first precedence in 1 Enoch. There are well over a hundred such cross-references. As I have already noted, the Gospel writers and Apostles basically took Enoch textually and ran with it. Enoch is the perfect puzzle-piece that seamlessly locks the Old and New Testaments together into a colorful tapestry. Even more tragic of an oversight by today’s teachers of the Word is the surmounting evidence that Jesus Himself used the book as a springboard for many of His sermons, including perhaps dozens of theological quotes which mirror or match that of Enoch’s.

In Luke 20:27-40 we read an account of the Sadducees, who did not believe in a resurrection from the dead, coming to Jesus with a question concerning which of seven brothers would be married to a woman in eternity if each in successive turn inherited her as a wife during their life on earth.

This is how Jesus responded.

34 And Jesus answering said unto them, “The children of this world marry, and are given in marriage:

35 But they which shall be accounted worthy to obtain that world, and the resurrection from the dead, neither marry, nor are given in marriage:

Let us now mirror this with Enoch.

1And He answered and said to me, and I heard His voice: “Fear not, Enoch, thou righteous man and scribe of righteousness: approach hither and hear my voice.

2And go, say to the Watchers of heaven, who have sent thee to intercede for them: ‘You should intercede for men, and not men for you:

3Wherefore have ye left the high, holy, and eternal heaven, and lain with women, and defiled yourselves with the daughters of men and taken to yourselves wives, and done like the children of earth, and begotten giants as your sons?

4And though ye were holy, spiritual, living the eternal life, you have defiled yourselves with the blood of women, and have begotten children with the blood of flesh, and, as the children of men, have lusted after flesh and blood as those also do who die and perish.

5Therefore have I given them wives also that they might impregnate them, and beget children by them, that thus nothing might be wanting to them on earth.

6But you were formerly spiritual, living the eternal life, and immortal for all generations of the world.

7And therefore I have not appointed wives for you; for as for the spiritual ones of the heaven, in heaven is their dwelling.”

Jesus wasn’t saying that angels cannot marry. He was saying wives were not appointed to angels. Such was the wickedness in the hearts of men when the inhabitants of Sodom had hoped to have intercourse with the visiting angels. This is why Jesus’ brother Jude found little effort in comparing the sins of the Watchers with Lot’s neighbors in Jude 1:6-7. We have already rehearsed this scene of horror. The angel Uriel has taken Enoch to the very edge of the earth and beyond, in “a place which had no firmament of heaven above, and no firmly founded earth beneath it.” It is there where he witnessed the fate of those angels who left their own habitation. Let us therefore once again mirror Enoch 15:1-7 with Jesus, but rather than depending on Luke 20, let us compare the very same account in the Gospel of Mark.

24 And Jesus answering said unto them, “Do ye not therefore err, because ye know not the scriptures, neither the power of God? 25 For when they shall rise from the dead, they neither marry, nor are given in marriage; but are as the angels which are in heaven (Mark 12:24-25).”

Jesus answers our questions. While Enoch certainly taught the resurrection of the righteous, we can be assured that Jesus referred his audience to Moses. But there is another ingredient to the conversation beyond Moses. Of the angels in heaven (for “ye know not the scriptures”), there is no other source available to us but Enoch.