“I Caused the Widow’s Heart to Sing for Joy” | If Job Were Alive, People Would Listen (Flat Earth) 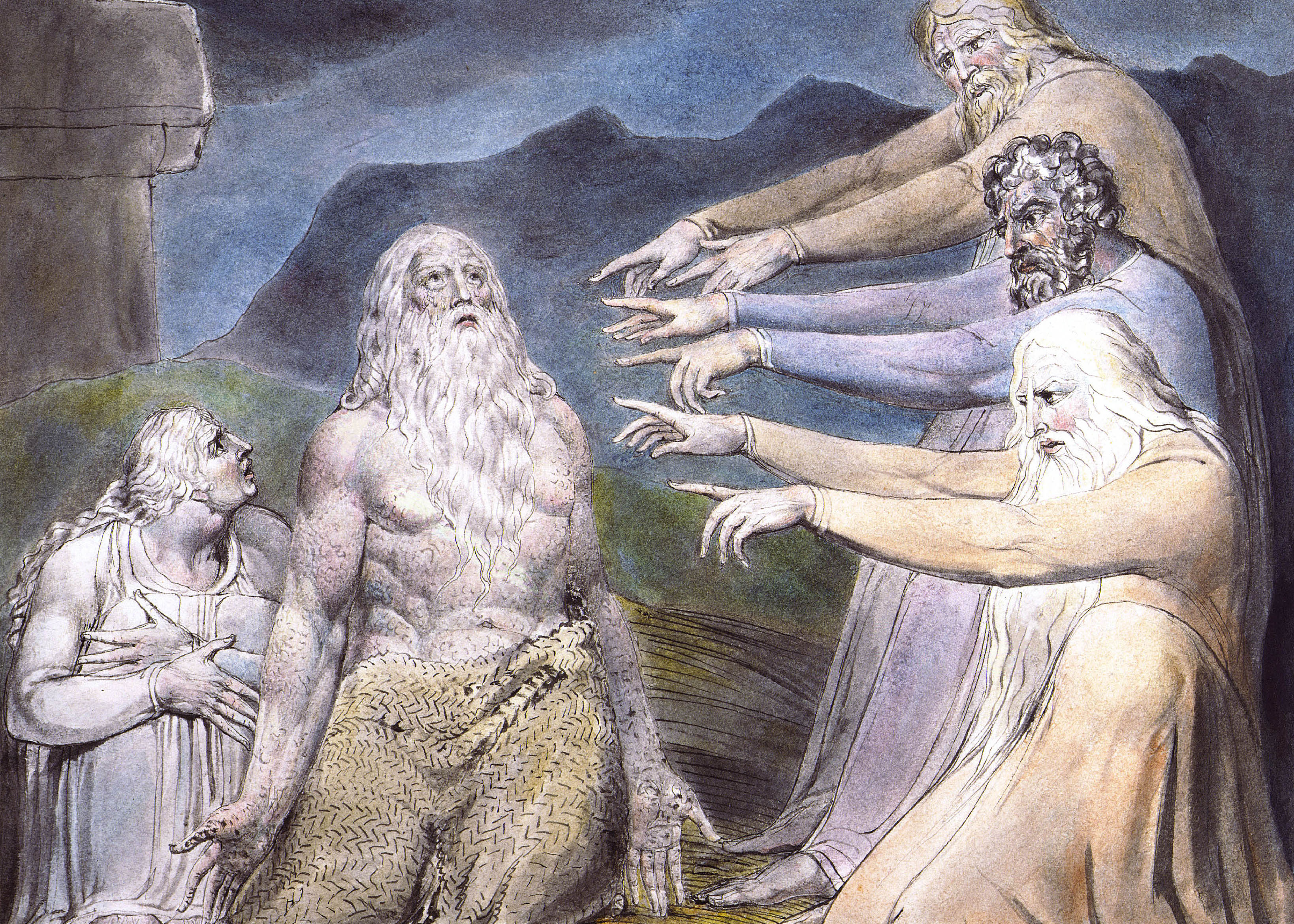 FOR THE MEDIEVAL COMMENTATOR, HE WAS A LEPER, while some modern scholars’ finger scurvy as the culprit. And it has been suggested that no less than fourteen diseases are attributed to him. Poor Job—as the disease laid hold of his body, eating away at his flesh, the elephantiasis twisting him almost unrecognizably into an object of repulsion, those whom he once called friend had clearly abandoned him. Perhaps he was simply too gruesome to behold, too offensive a misconstrued thought of moral depravity to wrestle with, and maybe they simply worried spread of its infection, or all of the above.  Regardless, there is no evidence that anything was done to heal him or that any kindness was shown in light of this disease, whatever its final diagnosis.

In the dimension of one solitary day Job lost his oxen and asses to the Sabeans, his camels to the Chaldeans, both of whom murdered his servants with the edge of the sword, and all of his children to a wind from the wilderness—practically everything he’d ever loved, invested in, or owned. Yet when it came to Job’s sheep Satan spared no expense. Fire reigned down, one messenger reported, from the haš-šā-ma-yim in Hebrew—the third layer and penthouse of heaven. There is only one other instance in Holy Scripture when Satan is budgeted for such a shock-and-awe action among the affairs of men. Such an event will be repeated again by the false prophet of Revelation.

Job is recorded as having found no relief. His boils stood so thick and close together, blanketing him head to foot, that no inch of his flesh was immune. More precisely, Job was infected by one “bad boil.” He was deprived of everything but an ash heap and a broken pot, which he used to scrape and saw at the ulcers and the lymph-like fluid which surely discharged like sap—vying for relief. The very Hebrew word le-hithared, which is described in Arabic as “pulling off bark from a tree,” is a pain so lamentable that it is never mentioned again in the Bible. While Job sat alone in his ash heap, his wife told him to curse God and then go ahead and kill himself while he was at it.

He must have felt helpless and alone, with the meaninglessness of it all the most intolerable agony of all. And yet we shall come to find—like the manger which our Lord was born in, and the cross and the tomb which bookended his life of hardship on Earth—that God has a preferred method of speaking to the contrite heart in the puss and ashes of our suffering.

IT IS NO SECRET THAT JOB, LIKELY WRITTEN centuries before the Law of Moses, is a Flat Earth book. If Job were alive today to vouch for the true shape of the Earth—all of which is based upon God’s own Testimony to begin with—people would listen. Church congregations would listen. And so would their leaders. They might even choose to follow by his example. I would hope that my fellow Flat Earthists would too. We have much to learn from him. Among his ash-heap recollections, Job described God’s candle as having once shined upon his head. By His light alone he walked through the darkness. And everything he committed himself to was a success. “I washed my steps with butter,” he lamented in his anguish, adding: “The rock poured me out rivers of oil.” It was because of the life Job lived that he received everyone’s respect. To this he gives account:

“The young men saw me, and hid themselves. The aged arose, and stood up. The princes refrained talking and laid their hand on their mouth. The nobles held their peace, and their tongue cleaved to the roof of their mouth.”

The rulers of the Earth had reason to fear Job. He himself was a bit of a researcher. To this effect he said: “The cause which I knew not I searched out.” And if he found evil, wherever it attempted to hide, he exposed it. Job further claimed: “And I brake the jaws of the wicked, and plucked the spoil out of his teeth.”

But let us not confuse Job’s humble yet entirely honest self-evaluation with a George Thorogood song—or worse, a modern prosperity gospel. The young men did not hide themselves; the aged did not arise; the princes did not lay a hand on their mouth; and the nobles did not cleave their tongue to the roof of their mouth—even when found in disagreement—because the man from Uz washed his steps with butter or knew how to rock a tune. “When the ear heard me, then it blessed me; and when the eye saw me, it gave witness to me,” Job confessed, but only—and this is important;

“Because I delivered the poor that cried, and the fatherless, and him that had none to help him. The blessing of him that was ready to perish came upon me: and I caused the widow’s heart to sing for joy. I put on righteousness, and it clothed me: my judgment was as a robe and a diadem. I was eyes to the blind, and feet was I to the lame. I was a father to the poor. (Job 29: 11-16)”

If God heaped unto Job earthly riches, they were only as He would upon the four and twenty elders—in heavenly terms—who fall prostrate before Him that sits upon on the throne, and cast their crowns in worship before Him that liveth for ever and ever (Revelation 4:10). God was certainly not speaking presumptuously when he asked of Satan:

“Hast thou considered my servant Job, that there is none like him in the earth, a perfect and an upright man, one that feareth God, and escheweth evil?” (Job 1:8)

Job’s first action, upon hearing of the calamity that instantaneously dismembered him from his empire of dirt, was to arise, and rent his mantle, and shave his head, and fall down upon the ground, and worship. (Job 1:20). With the words that very well might proceed from the mouths of the kingly co-heirs in heaven, Job immediately confessed: “Naked came I out of my mother’s womb, and naked shall I return thither: the LORD gave, and the LORD hath taken away; blessed be the name of the LORD.” 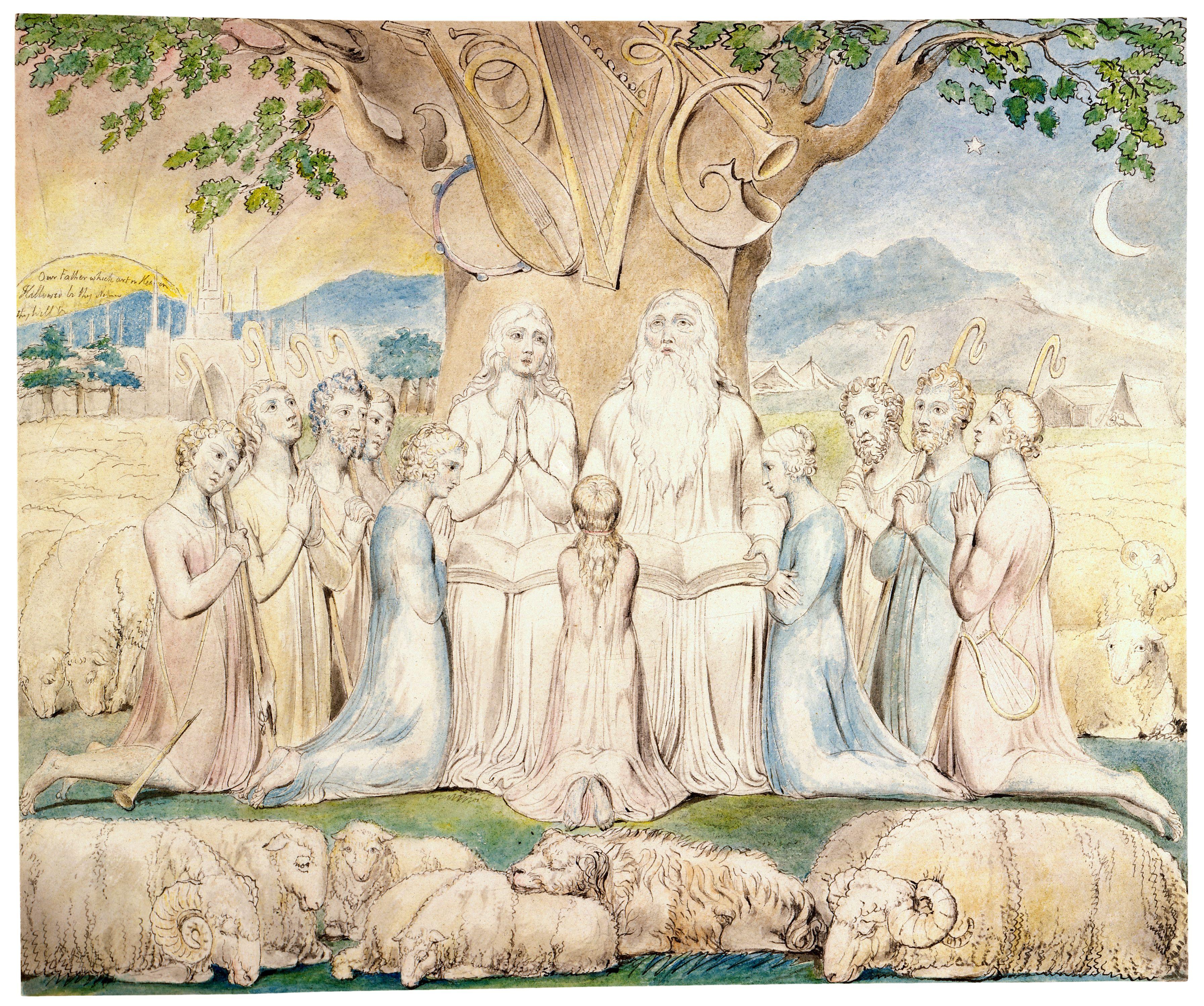 There is hardly another man alive like the man from Uz. If Job were counted among our ranks today, people would listen. Church congregations would listen. And so would their leaders. With Job as our maestro, the God-fearing soul would find little reason to struggle against the otherwise demeaning threats and shallow, often hypocritical, spiritual demands from agenda pushers. The God-fearing soul would first and foremost be delivered savory fruit—action matched with heavenly virtue—before we ever got around to the meat and the delectable dogma. If we as the people who inhabit this joyous cosmology are anything like Job—a community which bases much upon the very book that bears his name—I am a firm believer that the God-fearing soul will not be able to resist the wine we offer them.