Gene Roddenberry and Star Trek’s Impossible Five-Year Mission: “To Boldly Go Where No Man Is Ever Capable of Going” 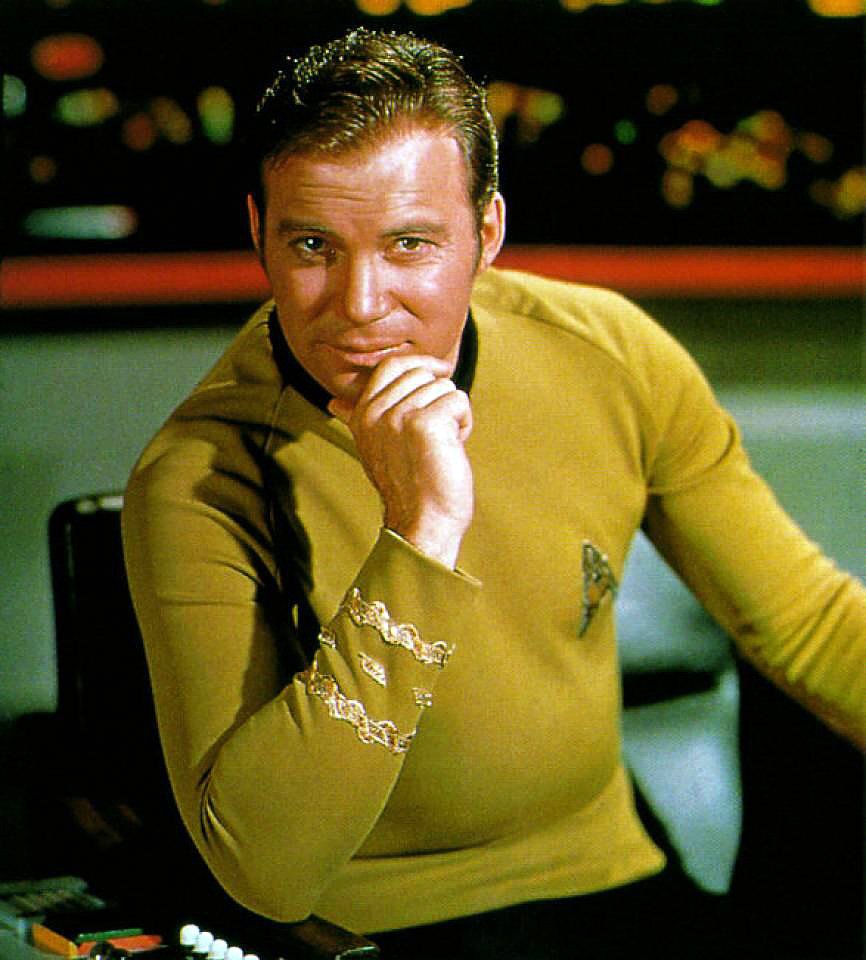 HE ENVISIONED a future without religion. To this end Gene Roddenberry found cause for celebration, and a dedicated weekly audience to join in. The entire platform for Star Trek built its foundation upon such principles, one in which Moses, Yeshua, and the Prophets were condemned in their efforts, not only for uttering blasphemous falsities against the institution of Scientism, but according to Roddenberry, for committing a far worse crime against generations of humanity—taking away the power of rational decision and draining people of their free will. To this he added, “Religions vary in their degree of idiocy, but I reject them all. For most people, religion is nothing more than a substitute for a malfunctioning brain. If people need religion, ignore them and maybe they will ignore you, and you can go on with your life.”

When Roddenberry began developing Star Trek, it was brought to his attention that he would need a chaplain on board the Enterprise.

One day in 1975, half a decade after Star Trek had ended its run, actor William Shatner, aka Captain James T. Kirk, decided to walk around the old abandoned stage on the Paramount Studios lot, where the series had been filmed, when he suddenly heard the clapping of a typewriter. Shatner recalls, “That was the strangest thing, because these offices were deserted. So I followed the sound, till I came to the entrance of this building. And the sound was getting louder as I went into the building. I went down a hallway, where the offices for Star Trek were … I opened the door and there was Gene Roddenberry. He was sitting in a corner, typing. I hadn’t seen him in five years. I said, ‘Gene, the series has been canceled!’”

Roddenberry was writing a script for what would eventually become Star Trek: The Motion Picture. And yet the movie which arrived in theaters was not his vision. True to his disdain for Christianity and the Doctrine of Infallibility, Roddenberry was busy fleshing out a story-line where the God of the Bible was revealed to be nothing more than an alien entity in which ancient man had mistakenly believed to be divine. In its climactic conclusion, Captain James T. Kirk was to delve into a fist-fight with the shape-shifting alien of religious superstition on the bridge of the USS Enterprise. After several shape-shifting transitions; always asking the Captain if he knew who he was—Kirk did not—the alien entity finally revealed his most worshiped earth identify. He was Christ the Carpenter.

In which Kirk was to reply, “Oh, now I know who you are.”

Thus, the fistfight was to commence.

Concerning his vision for the script, Roddenberry is quoted, “But I also wanted to suggest that it might have been as much the devil as it was God. After all, what kind of god would throw humans out of Paradise for eating the fruit of the Tree of Knowledge? One of the Vulcan’s on board, in a very logical way, says, ‘If this is your God, he’s not very impressive. He’s got so many psychological problems. He’s so insecure. He demands worship every seven days. He goes out and creates faulty humans and then blames them for his own mistakes. He’s a pretty poor excuse for a supreme being.”

A Christian displays symptoms of cognitive dissonance when expressing surprise at NASA’s proclamation that the name of Jesus may not be uttered within its ranks. And yet mankind’s self-proclaimed manifest destiny in space, which includes the moon landing, is not of God. The Christian must recognize this stark contrast between what he and the humanist are expected to believe. Heaven and all that is in the heavens are not for the taking. This is a truth made pointedly clear in the opening chapter of the Bible. God has not gifted the dominion of heaven to mortal man. All that is within the Earth is ours to subdue and have dominion over, says the Lord (Genesis 1:27-30). But the heavens, not a single passage in the entire Canon of Holy Writ can be found where the realm of the luminaries is permitted by God as an infinite expanse in which we might have interface with, a fence to climb over and explore, let alone conquer or subdue with a religious, philosophical or even scientific attitude. For the trans-humanist, this is Moses and Prophets’ arrest-able offense.

To this proclamation, Roddenberry defiantly states, “Earth is the nest, the cradle, and we’ll move out of it.”

A Christian would never dream that he or she is professing to have faith in two contradictory systems, especially of the religious nature, and which if understood could not be held together in a reasonable mind. But to the believer in Christ, this is what is so important about the doctrine of Flat Earth. It’s not simply a debate over the shape of the world. If this were so, I wouldn’t be writing about it tirelessly (to the frustration of many), and globular Christians would not become so heated, infuriated even, at the mere consideration that their devotion to NASA—the very organization which forbids the mention of Yeshua’s name—is somehow not of God. And yet I urge you, brothers and sisters, to scour through the Holy Scriptures and find God’s commissioning that we should dominate and subdue the heavens, let alone have deeper knowledge of it in addition to the Earth. To claim this chronic pursuit into the heavens is somehow a commissioning which aligns itself with man’s stated purpose is a belief I myself can no longer stand behind.

“We must question the story logic of having an all-knowing all-powerful God,” said Roddenberry, no doubt reflecting upon his own story logic, “who creates faulty humans and then blames them for his own mistakes.”

Roddenberry exhibits the very mocking antichrist spirit which Peter warned us against in the last days. Most of our science-fiction writers do. In fact, I doubt we would have such a genre without it. He said: “For this they willingly are ignorant of, that by the word of God the heavens were of old, and the earth standing out of the water and in the water (2  Peter 2:5).” If God went out of His way to let us know He spread a solid firmament over the Earth, a boundary marker which He called heaven, with waters which once drowned the whole world still contained and stored in-plenty, as the Psalmist and the Apostle Peter both attest to, the conclusion should be immediately clear to any God-fearing individual. We have no business going beyond a barrier by which God in the very least claimed to have constructed—or to even make an attempt at it. The exploration of space is wishful thinking for the rebellious sort.