Death, the Afterlife, the Shape of the Earth and Job | #8 “Can You Measure the Breadth of the Earth…?” 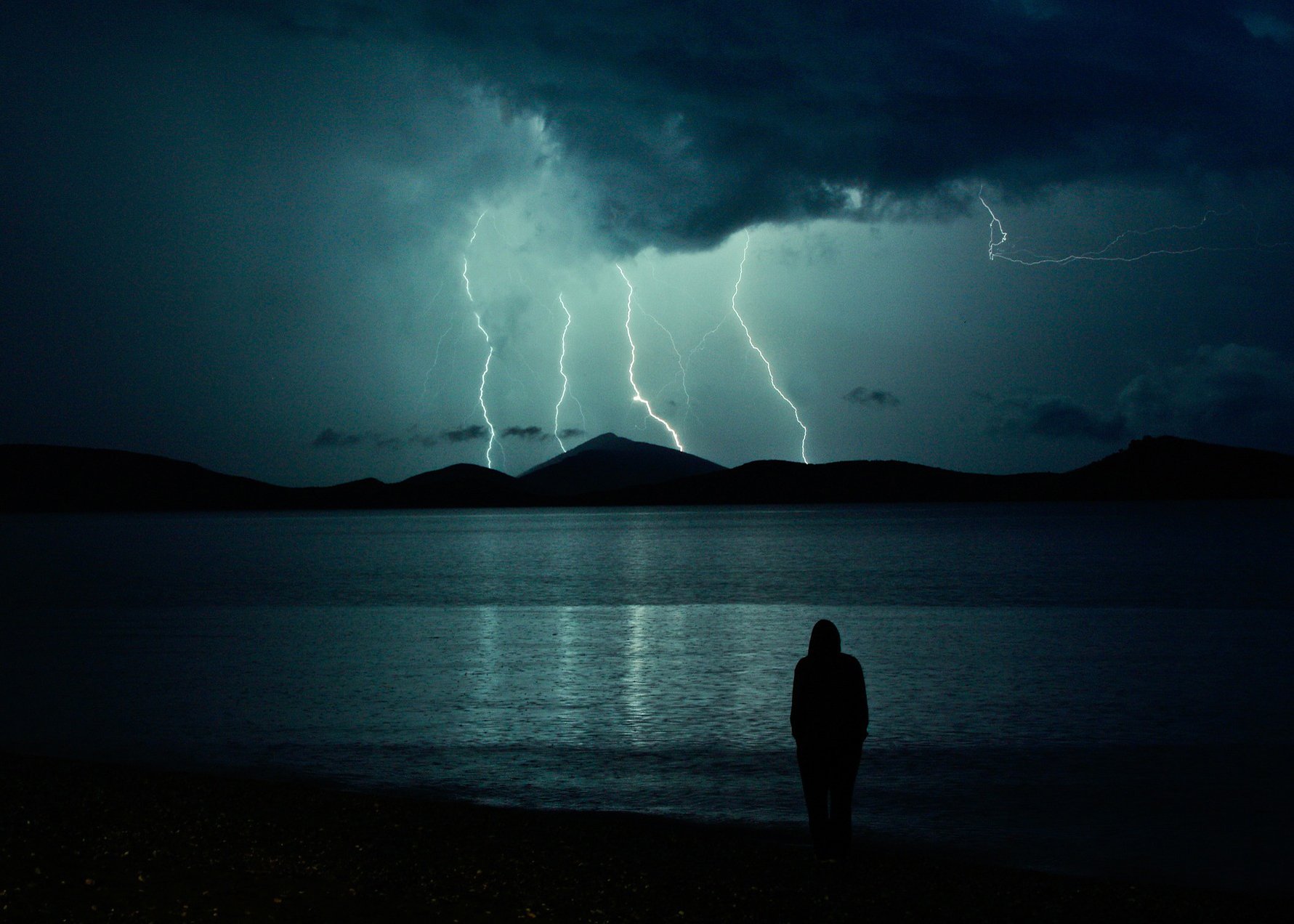 TO SAY “KANSAS IS AS FLAT AS A PANCAKE” would be to speak an inaccuracy, for Kansas, you see, is flatter than a pancake. Actually, according to the meticulous research and findings of Dr. Dobson and Campbell, it’s only the ninth flattest state in the continental United States. Minnesota is flatter, as is Louisiana—Illinois too. Even Texas is flatter. And yet the flattest of these—according to National Geographic—surrounded almost entirely by sea level, is the state of Florida. The Everglades in southern Florida is over 60 miles wide and 100 miles long—all level. Florida receives upwards of 60 inches of rain per year. That water collects into the Kissimmee River and progresses southbound into Lake Okeechobee, eventually flowing over the Everglades massive limestone shelf, which in turn empties into the Florida Bay. It’s flat.

Furthermore, the continental United States is approximately 2,800 miles across. If the Earth were a globe, the US would have a terrain with a bulge extending approximately 1,306,666 feet (or 247 miles) above sea level, and yet there is none stretching higher than 2.8 miles. Conclusively, the United States of America is also flatter, far flatter, than a pancake. Dobson and Campbell agree. Their conclusions, published in The Geographical Review, have never been refuted nor challenged. To do so would be to further expose a false religion. Bad news for globe lovers and flapjacks everywhere, according to Dobson and Campbell, the entire world follows the trend of America. The breadth of the earth is significantly flatter than a pancake.

A God-fearing brother or sister in the faith should find no discouragement in these findings. Though they derive from true observation—which the uncorrupted Christian claims to adhere to—that is not the point of this book. They affirm the Testimony of our Lord, who once approached Job in a howling whirlwind, commanding that he “gird up now thy loins like a man,” and then promptly demanded that he answer if he knew.

“Have you perceived the breadth of the Earth? Tell me if you know this.”

Supposing my reader has experienced an actual tornado, he or she should immediately be hounded with terror at the very thought of God Almighty arriving to their tea party dressed in one. I once was given so little warning of a tornado—in Florida, of all places—hearing no sirens announcing its arrival, and with limited options available outside, clung tightly to a metal pole which dug into a concrete foundation. My only other action was to fight the sharp blade of its wind, which sliced into the pliability of my eyes, and hoped to keep them agonizingly open so as to bear witness to what I would only describe as the cracking of many whirling locomotives tumbling over each other as invisible fingertips lifted the water from a lake and heaved it upon dry ground. And unlike Job’s timeless encounter, my tornado wasn’t a meeting with God.

The breadth of the Earth and so many other questions which the Lord asked of Job from the raging wind were no doubt rhetorical in nature. So when God demanded that he should answer if he knew, supposing he could muster the breath in his lungs, the response was a clear and resounding, No! Job could not possibly have perceived the breadth of the earth. It was immeasurable by Job or any other man. If this were the case, then why do God-fearing Christians assert that Eratosthenes of Cyrene was able to measure the circumference of the earth with nothing more than a friend and a couple of sticks? As we shall come to see, Alexandria was a cesspool of darkened speeches. False teachers surround us everywhere.

Ask any builder who employs a snap or chalk line for his foundation if he would consider doing so on one that was rounded or globular, for the Lord our master-builder “hath stretched the line upon it (Job 38:5).” By the Lord’s own Testimony flatness abounds. It was He who laid the foundations of the earth and its cornerstone accordingly, furthermore fastening those foundations and holding the ends of it.

This is Scriptures first creation account—on in which Moses will not take issue with.

The proud man of the faith who gnashes his teeth and stomps his feet at the slightest proof of the Earth’s flatness declares the Lord a liar by his obnoxious actions, even if he should in his denial politely brush the thought aside. He would have us all believe that God was writing a syrup-laced holiday card in that storm, sticky to the touch with its abstract yet heart-felt poetry, and specifically directed to the cultural comforts of a primitive un-schooled people, who would not have believed a “globe-revelation” in a tornado had He even bothered to tell them about it, rather than Greek philosophers who, without Holy Writ to guide them, figured it all out on our own. He would rather convince you of his own damnable falsities, that Eratosthenes sidestepped around God’s challenge easily enough, as textbooks will surely claim, or perhaps just proved Yahweh facetious. This would seem far more pleasing to him, as would the explanations of the many commentators, rather than confess to his own factual wrongness or let such contradictory matters, what Dr. Dobson and Campbell’s findings have fully confirmed and proven, expose his souls condition—that God, being our master-builder as pointedly described, is a dreadful thought to his well-being.

To this we can know for sure. When Yahweh spoke to Job, just as He spoke to the Prophets and the scribes and the poets and the Apostles, He did not converse merely with them, but through them He addressed all generations of people, including our own. But in Job’s particular case, God wasn’t merely speaking. He was dropping a challenge.

Can we, dear reader, measure the breadth of the earth—and if so, will we stubbornly accept the challenge; will we gird up our loins like a man and stand before God Almighty in the roar of a whirlwind; will we stare into the eye of that funnel and claim the contrary? Will we call the Creator a liar?

Continue to part 8: Death, the Afterlife, the Shape of the Earth and Job | The Darkened Council of Job’s Three Friends