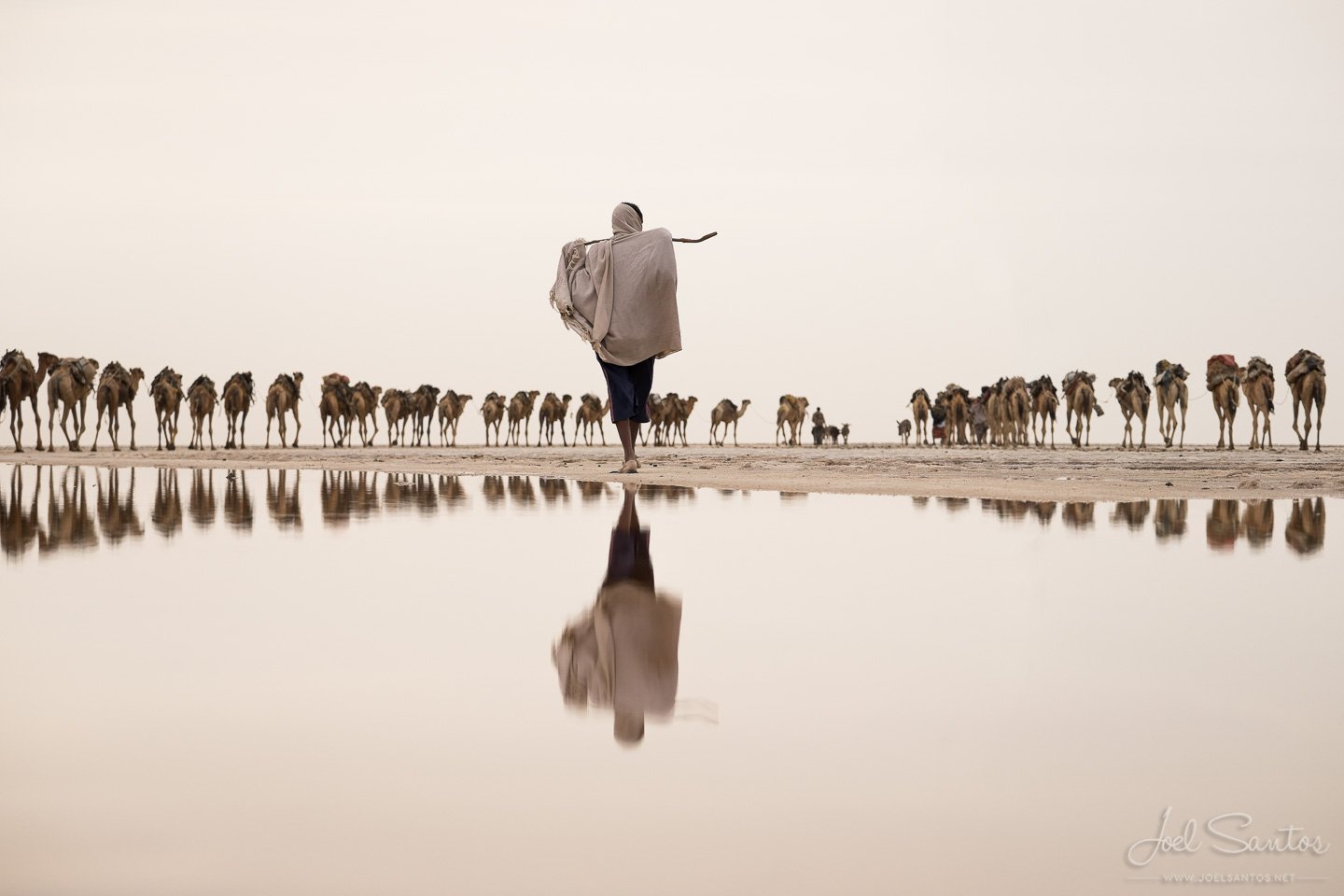 I HATE TO BE A PARTY POOPER, BUT AS YOU STAND THERE munching on that delicious looking Hors d’oeuvre, what if I were to tell you there are places on this earth so immensely flat that they simply defy the mandatory calculation needed for the curvature on a globe? Sure, Dallas, Texas is flat. Phoenix, Arizona is also flat. And Chicago is just as flat as the very lake it provably sits on. But let’s dream a little bigger, shall we? What if I told you there are places on this earth so flat that its square-mileage would consume almost half of the continental US? That’s an odd-shaped globe, if you think about it!

As one travel magazine recently put it, there’s places on our Earth “Suspiciously flat,” and yet another: “It’s easy to laugh at our ancestors for thinking the world was flat. But looking at these places, you can see why. The horizon goes on and on, endlessly.”

Actually, the horizon goes on and on, endlessly everywhere. But I digress. Here are some of the flattest places on earth, which outrageously defy the heliocentric globe theory. 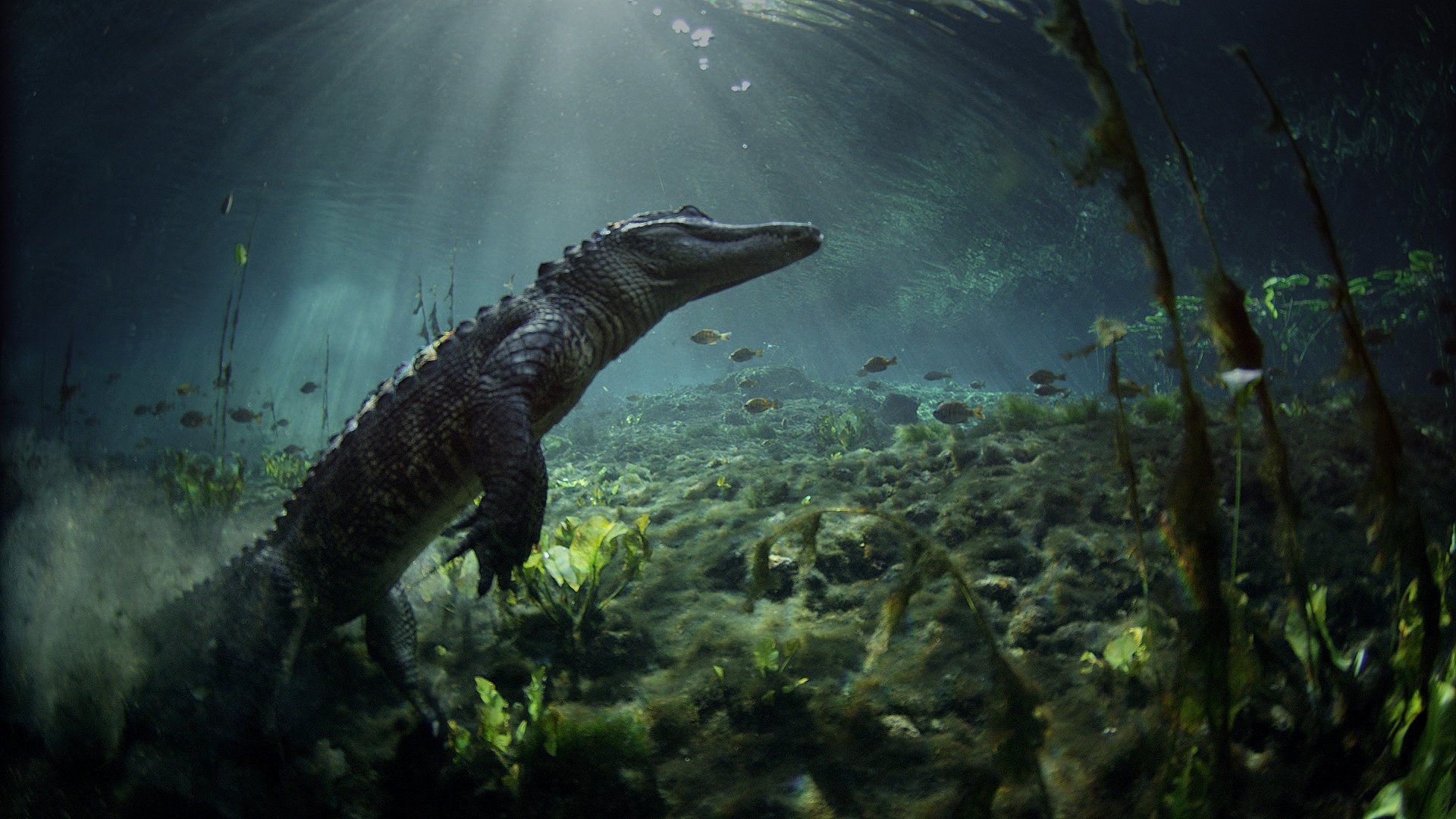 The Everglades hold special memories for my wife and I, many of which include mosquitoes! We did however see our very first manatee on the water. It was my twenty-fifth birthday, and would have been an everlasting moment of ambiance had it not been for the swarm of hungry mosquitoes chasing us out of there! The Native Americans called it the “grassy waters,” others the “River of Grass.” The Everglades in southern Florida is over 60 miles wide and 100 miles long, all of it flat, with waters flowing over a massive limestone shelf, where it empties into the Florida Bay. This is yet one more example of water not being arched, as is proposed by Ball-Earthers who label themselves scientific and yet deny all testable theories as to the surface of water, which is flat every time. I’m looking at you, oceans. Every test verifies that globe-believers are fans of science-fiction. 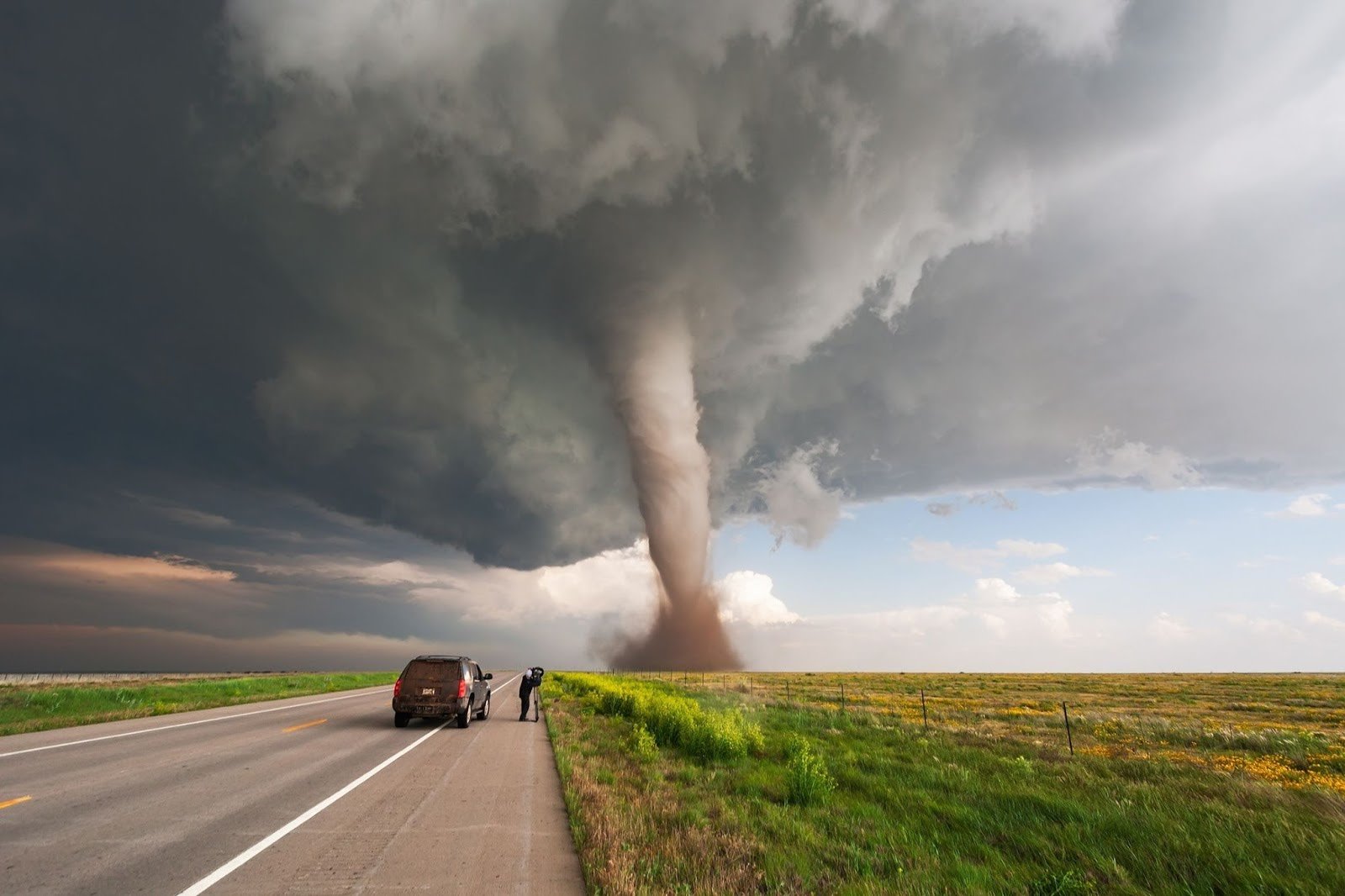 2 THE ENTIRE STATE OF KANSAS

You’ve probably heard it said countless times that Kansas is as flat as a pancake. Well, apparently this isn’t exactly true. In 2003, a group of geographers, with the help of IHOP, decided to take matters into their own hands and test to see if Kansas is truly as the saying goes. Bad news for pancakes everywhere, the pancake lost. The entire state of Kansas is flatter.

Known as the “Gateway to Hell” by locals, the Danakil Desert in northeast Ethiopia consists of daytime temperatures surpassing 122 °F. It’s not only the hottest desert in the world, but one of the lowest places on Earth. And if its host of volcanoes, geysers, salt canyons, and regular display of earthquakes don’t nab you in the burnt buns, all over a seemingly endlessly flat terrain of 100,000 kilometers, its hostile tribes just might. 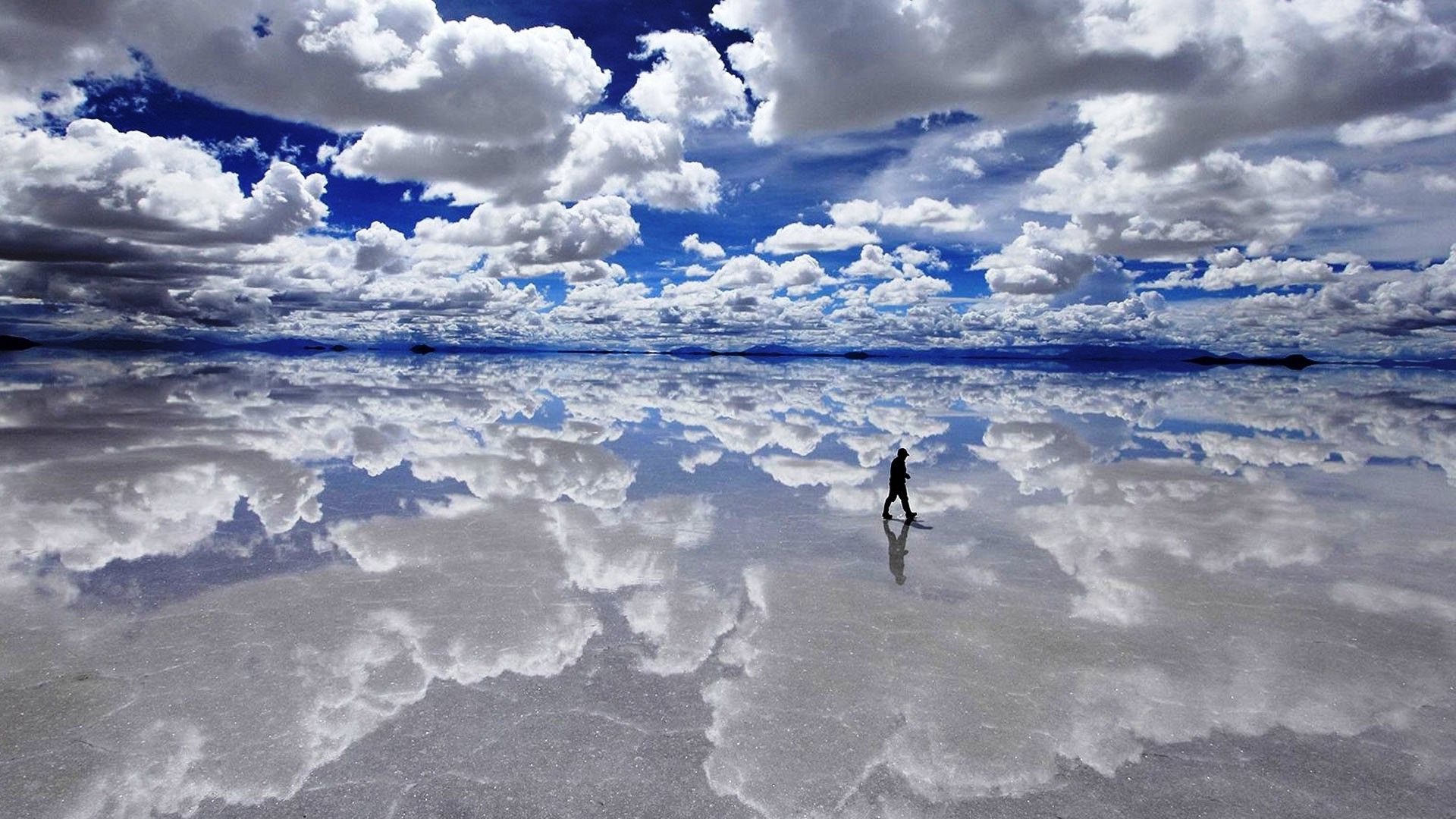 At 10,582sq km in size and about 100km across, the Salar de Uyuni salt flats in Bolivia – the world’s largest salt flat – is roughly the size of Jamaica, and nestled near the crest of the Andes, is the flattest place on earth. Yes, even flatter than Kansas! It’s a favorite destination for Flat Earthers, because once again the surface of water proves beyond any reasonable doubt that there is no such thing as a curve. When it rains here it pours, – floods actually. What results is a mirror-like reflection which seemingly spans to the edge of heaven, not quite unlike the mirrored quality of moonlight reflecting off of…..the ocean!

If you want to drive really fast, and I mean really fast, say 900kph for example, then this is the place to do it. Located in north-western Utah, the 121sq km flats are famous for the Bonneville Speedway where various daredevils since 1912 have strapped themselves into speed machines – some jet-propelled – and blasted themselves across the vast flats and into the halls of speed fame. In 1965, professional racecar driver Craig Breedlove topped 966kph in his jet-propelled machine. 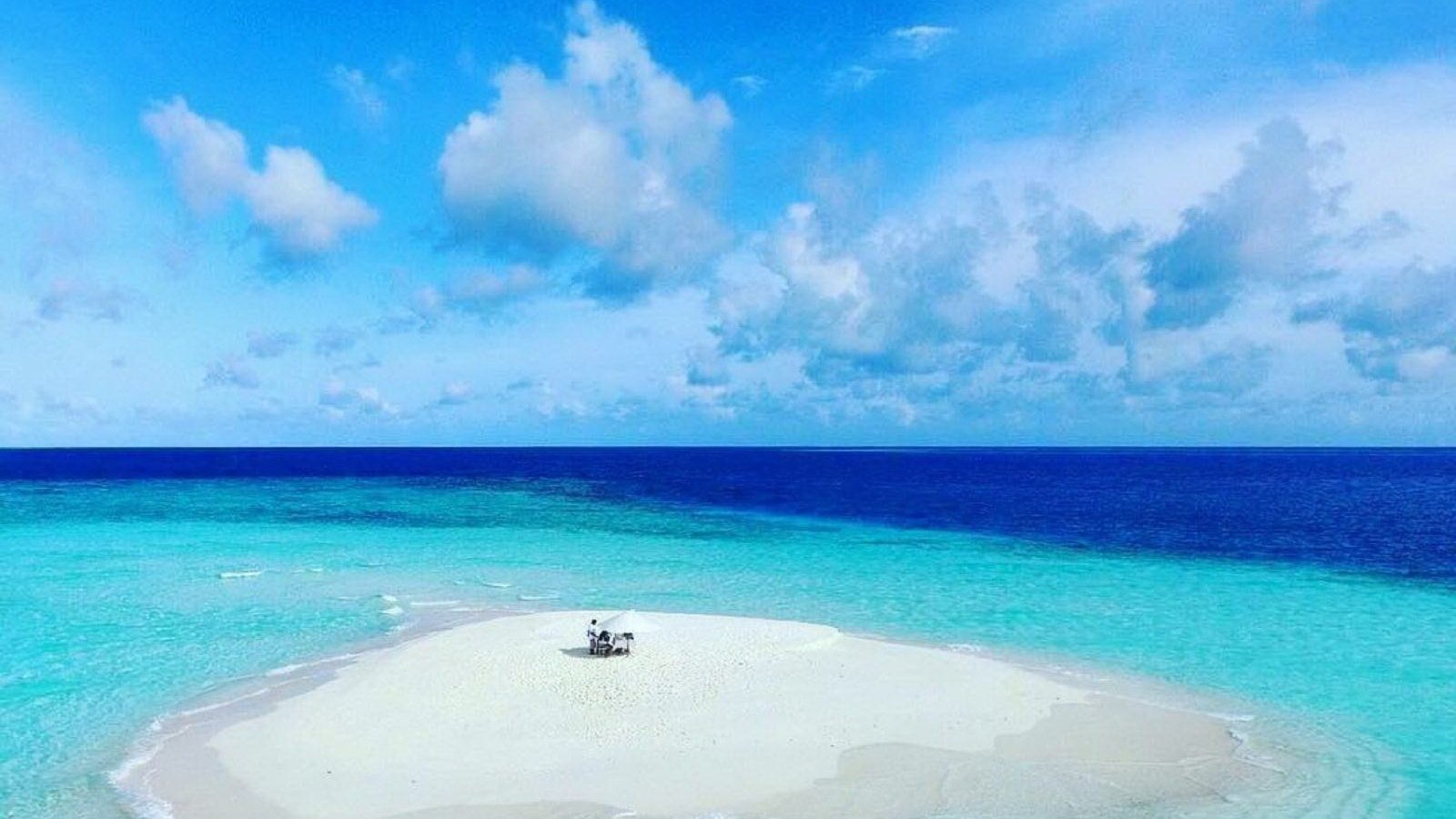 We’re talking about the flattest country on Earth, and it’s in the ocean, – the Indian Ocean to be exact. This island chain is so flat – between one and 1.5m above sea level – that only the occasional 2m high sand dune punctuates the otherwise table top surface.

Wait, does this mean the ocean is flat too?  I’m so confused. 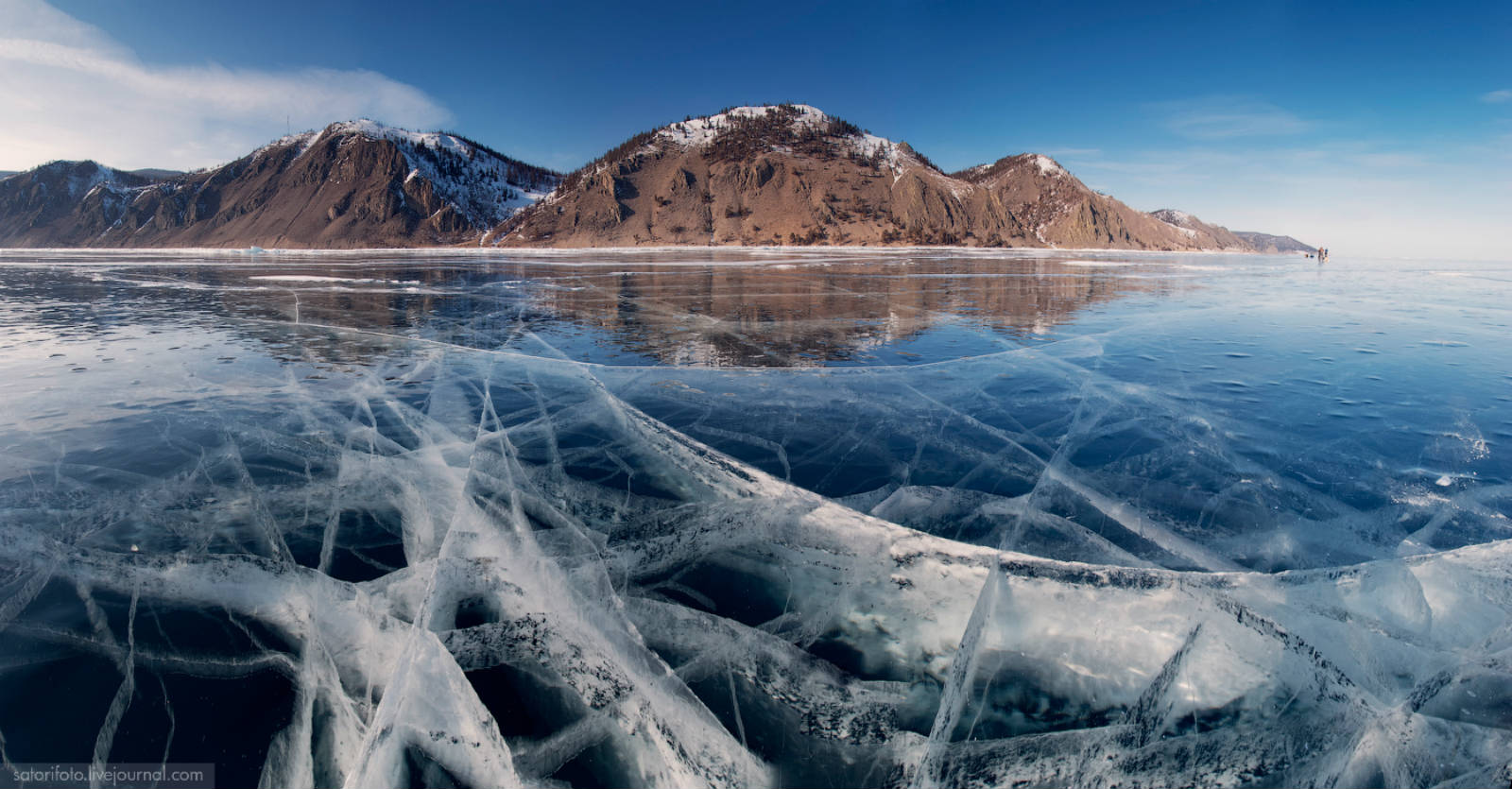 Here we go, talking about the surface of water being flat again! What is it with Flat Earthers and their persistent belief in the flat surface of water? Well, if the surface of water is supposed to arch with curvature due to gravity, apparently Lake Baikal in the south of Siberia didn’t get the memo. It’s not only the deepest lake in the world, but during colder months it freezes and forms one of the flattest surfaces on Earth. It is larger than all American Great Lakes combined with 5,700 cubic miles, or 23,615.39 cubic kilometers. During the Russian Civil War in 1920, the White Russian Army fled the pursuing Red Army by crossing the frozen lake southward to China. Good thing there wasn’t a curve to it, or they’d be sliding everywhere – downhill in all directions! And wouldn’t that make for a comedy? 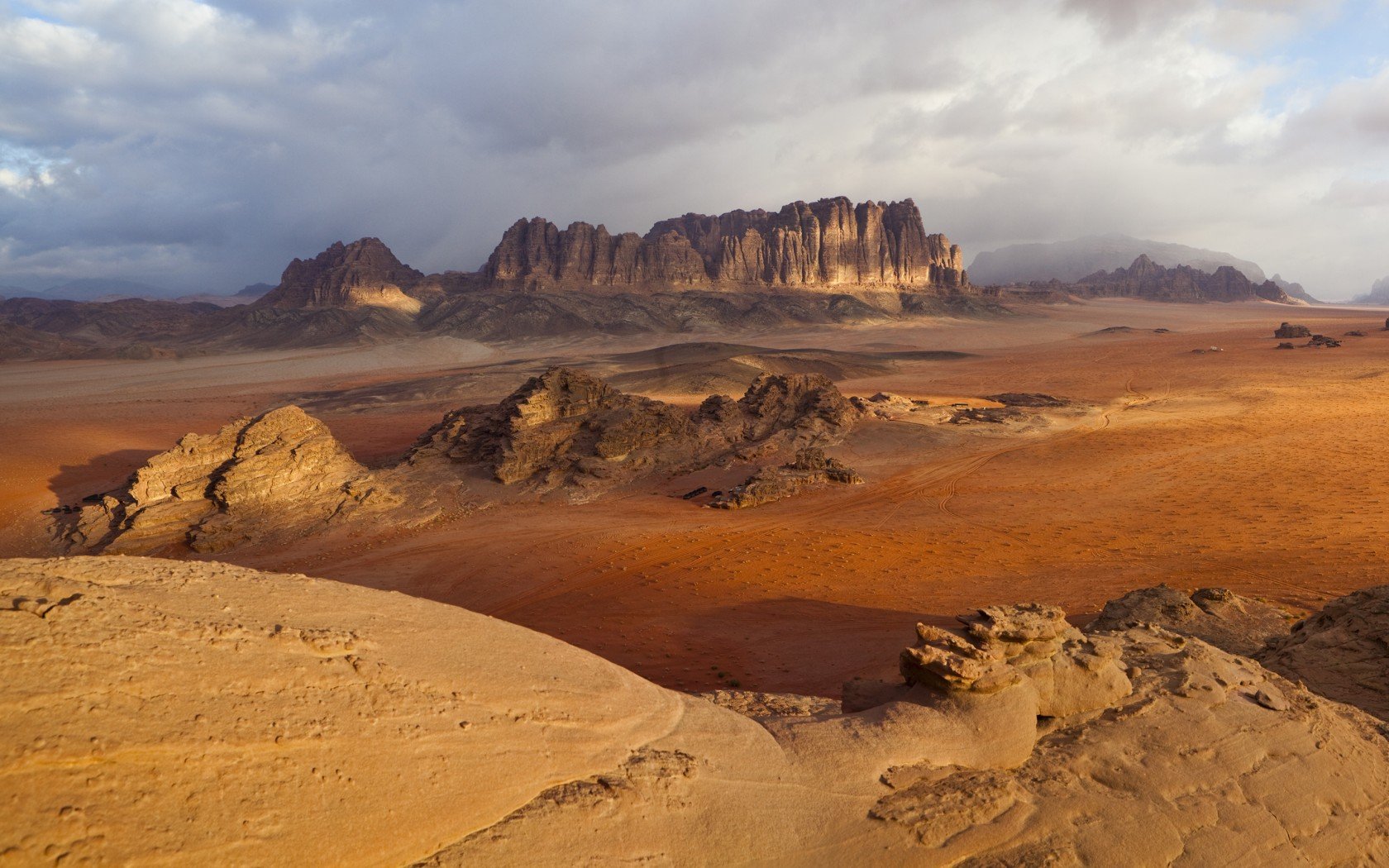 Just over a decade ago I drove through this incredibly beautiful desert in southern Jordan, roughing it with air conditioning and ice-cold soda. And when I pulled over to photograph a herd of goats, I was almost killed by their shepherd. It was literally like a scene from Star Wars, where the Tusken Raider exploded over a rock to attack Luke Skywalker with his staff. Only the goat-herder who came at me was a woman. Yeow! To this day she haunts my nightmares! Anyhow, I digress. Wadi Rum is a valley cut into the sandstone and granite rock in southern Jordan 37 miles, or 67 km, to the east of Aqaba along the Red Sea, and a place that no doubt the wandering Hebrews were once accustomed to as they learned about how God created the world in the Torah. The 720sq km of desert valley is walled by sheer sided sandstone and mountains of granite. Locals call it the Valley of the Moon. Petra is not far from here. 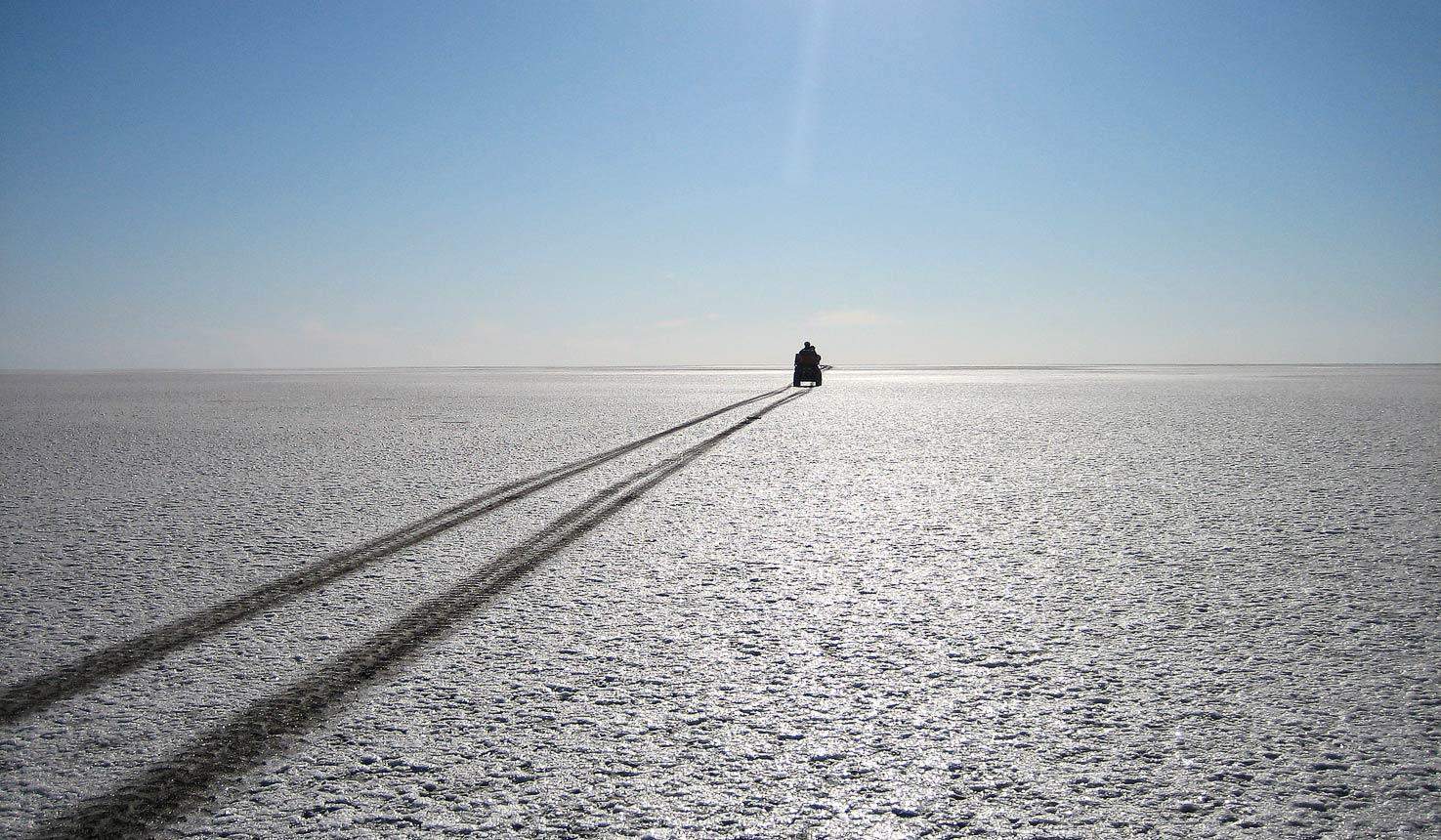 The 1,900 sq miles (16,000sq km) Makgadikgadi Salt Pans in north-eastern Botswana floods seasonally. “Idiot tourist-drivers” are discouraged during rainy season, as it’s easy to become bogged or lost and with little hope of rescue. I’m talking to you, New Jersey! 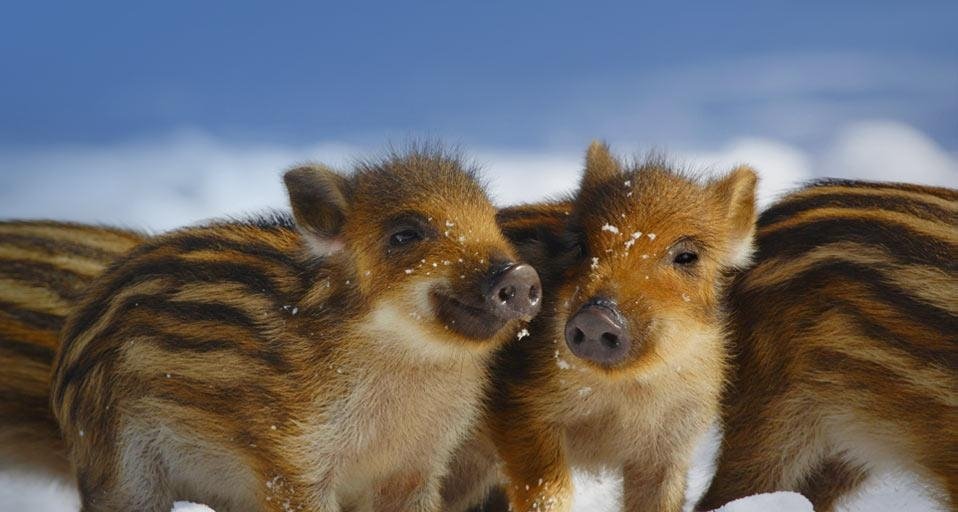 I sure hope these adorable resident-piglets aren’t where the Germans get their sausage. The mudflats in northern Germany’s Schleswig-Holstein National Park are the largest continuous mudflats on the earth. With an area of 1,705 miles it is by far the largest national park in Germany. Did you get that? That’s over half the distance between America’s Pacific and Atlantic Oceans, and it’s flat! Some 68% of its area is permanently under water (there’s that flat surface of water again) and 30% is periodically dry. Mudflats are as large as 40km wide in places. 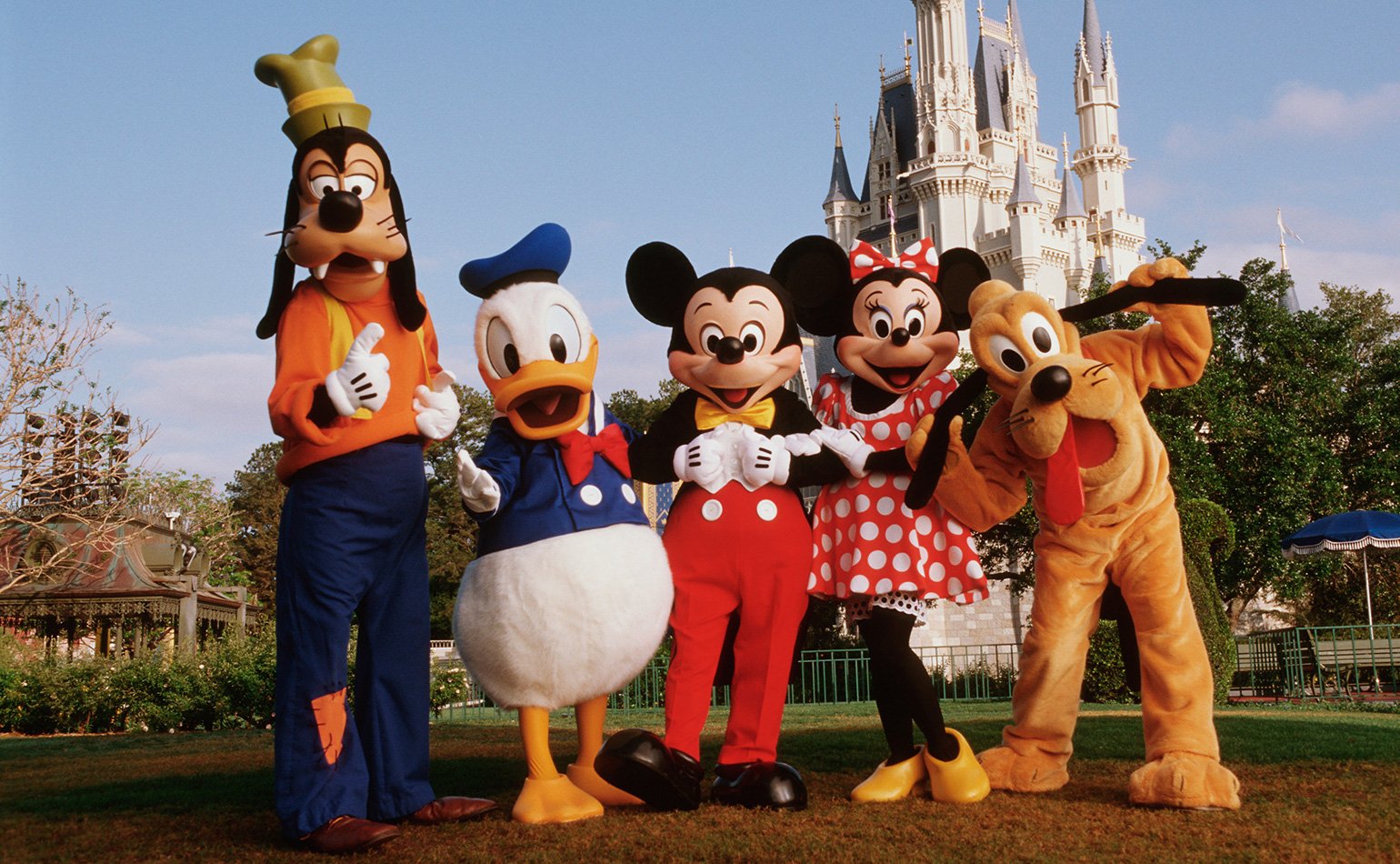 11 THE ENTIRE STATE OF FLORIDA

I know, I know; it’s low-hanging fruit, but despite Kansas being flat – no, flatter than a pancake; according to National Geographic, the state of Florida is even flatter. I once flew an American Eagle from Fort Lauderdale to Key West to meet my wife on business travel. I remember looking down and seeing the entire state, all the way to the Gulf of Mexico (absolutely no curvature!), and it was so flat that I didn’t quite understand what was keeping the waves of the sea from clapping its hands and wiping the flattest state in our country right off the map. 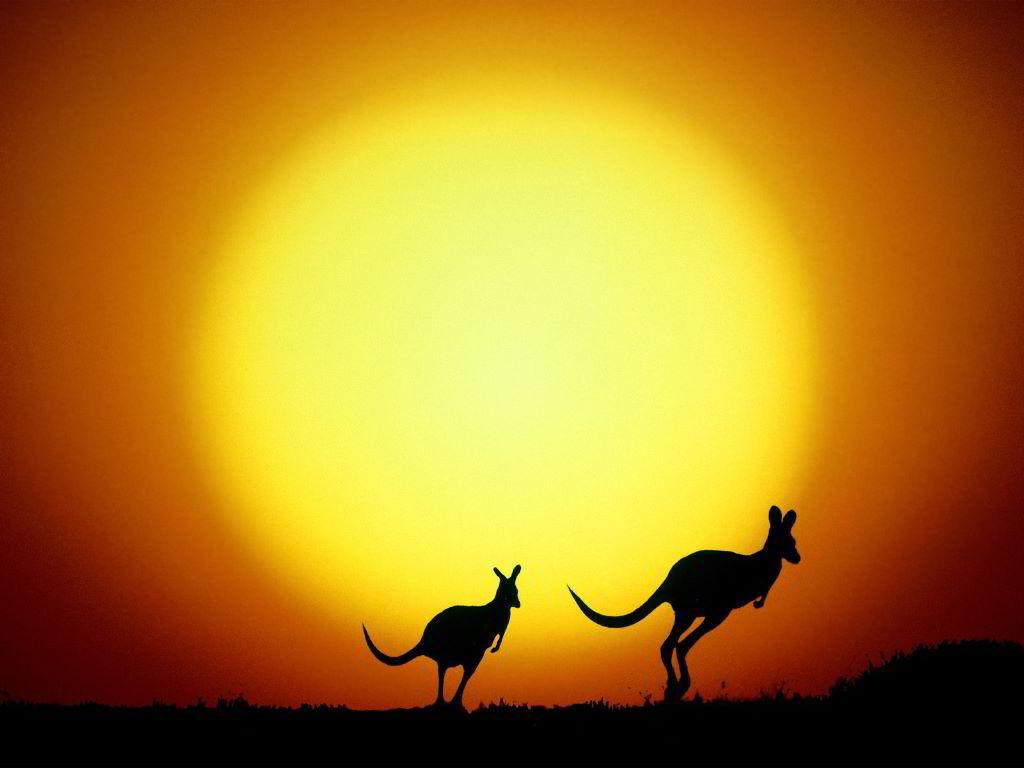 A study of the flatness in our beautiful Flat Earth wouldn’t be complete without a complimentary trip around to every flat continent. The outback in Australia is famous for its vast, almost unending flat plains. Included in this vast plain of flatness would be Cloncurry and the Hay Plains. And I hear getting across them requires driving along strips of tarmac in a seemingly endless stretch of flatness so flat that even the most ardent of Ball-Earthers can become Flat Earth converts!