VIEWING PICTURES of William Burroughs paired with other faces of popular culture is like uncovering a who’s-who in the spook world. I figure it’s probably how spooks knew to identify other spooks back in the day, by paying attention to the latest up and comer standing reverently next to the author of Naked Lunch. I was sorting through online images when I stumbled upon a picture of William Burroughs with Andy Warhol, and it occurred to me, who else has Andy Warhol taken his picture with—aside from Burroughs? As it turns out, much of the same people. You can find these guys swimming in identical circles. David Bowie. Debbie Harry. Madonna. Mick Jagger. Jimmy Page. Bob Dylan. Allen Ginsberg. Sting. I’m willing to bet they’re all spooks.

Some things are self-evident. Warhol is a spook. I can’t even put a finger on it. But I can sniff out a spook like a dog can smell a hidden sausage in the pocket of somebody’s pants. Look, I don’t care how talented you are. You don’t get to become the next Andy Warhol. You can’t don’t get to stand next to him in a picture either. That’s not how the world actually works, and it’s not a decision you get to make. Unless you’re reading this and you’re some sort of hoity-toity serpent seed lineage and added to the roster of a secret society. Then you might get that knock on the door. Nowadays, you would think the CIA would try harder to conceal them, and for the most part, they do. Fifty years ago however nobody thought like this. Nobody suspected the government was attempting to infiltrate every single compartment of their fabricated reality so as to influence even the primal aspects of their cognition.

I wasn’t planning to write on Andy Warhol, but a friend encouraged me to take the plunge. He had read my paper on Jackson Pollock & the Spooks of Abstract Expressionism and suggested an immediate follow-up, which I suppose is this. If you haven’t done so, I suggest you give it a read. It involves the CIA’s total control and financing of modern art for the purposes of breaking down our moral acumen. Also, the following will probably prove complimentary to the topic at hand. Shel Silverstein. Vito Paulekas and the Freaks. Jim Morrison. John Lennon. Walt Disney.

Everyone that I just mentioned are loved and adored by millions. Not so, Andy Warhol. That’s because Andy Warhol’s entire purpose was to dismember art and the role of its artist. Oh sure, the CIA attempted to sell us on the foreman of their wrecking crew, and for the most part, his purposes captured the collective consciousness. Actually, come to think of it, Andy Warhol was a complete success. Artists however hate Andy Warhol. Some three decades after his death in 1987, the CIA still has their work cut out for them. They can’t let his flame fizzle out naturally on its own. That tells you how important he is to the present agenda.  And need I remind you, had it not been for the CIA, there would be Andy Warhol. Nothing natural can be found in him. The media will no doubt spin his story dozens of times over if need be, just to keep it fresh, but it is Andy Warhol’s legend in the forefront of our mind which remains important.

See, the CIA doesn’t care if you approve of art. They don’t care if you like art. They simply want to tell you what art is. The CIA keeps driving up the cost of Andy Warhol’s prints and then dumping money into him because they desperately want you to walk out of their well-funded Andy Warhol museums or their Andy Warhol Foundation or any one of their Andy Warhol art exhibits believing that Andy Warhol established himself as an authority on art, a Wizard of those entitled to his own opinion.  They want you believing the proof that he is an artist is not in the quality nor consistency of his ideas, but in the strength of his marketing performance, because at present, there is no other functioning definition of art. And also, because those who disagree don’t get art.

Andy Warhol made sure of that. 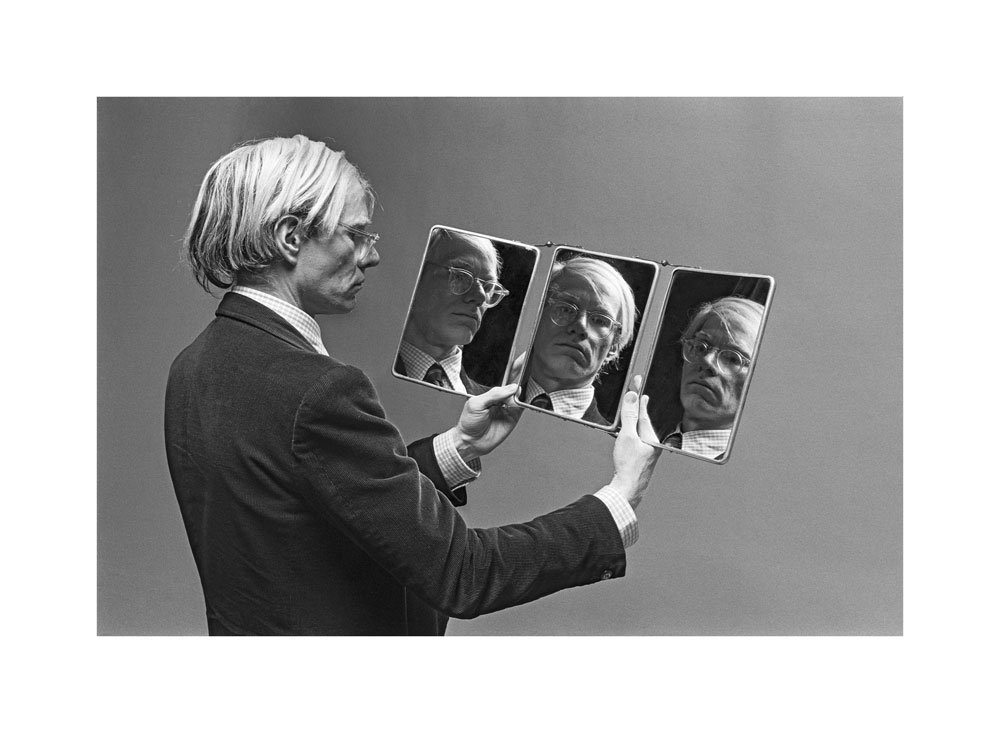 UNLIKE BURROUGHS, very few of of Andy Warhol’s photos with other people feel natural. He’s often lurking behind some corner, with a cleverly placed skull nearby, or taking pictures of celebrities like a perv. Even his attempt to stand around eating noodles from a bowel feels fabricated. That is because Andy Warhol is drawing you into an illusion. It’s part of the magic act. I had mentioned it was a friend who encouraged me to look further into Warhol. Naturally, I decided to turn to Wikipedia for answers, hoping to glean new information on the man—and left confused.

For example, in a section titled Sexuality, Wikipedia confirms what we already know. Andy Warhol was a homosexual. Wikipedia His lovers included John Giorno, Billy Name, Charles Lisanby, Jon Gould, and somebody called BillyBoy. I didn’t recognize any of them. One boyfriend lasted 12 years. His name was Jed Johnson. I decided to look up a random name and selected Jon Gould. Gould was a 27-year-old executive at Paramount Pictures in Los Angeles when they met. Sigh. This is just too easy, I thought.  Seems straightforward enough. This is the story of a gay spook who dates other gay spooks. Except for the fact that Andy Warhol told an interviewer in 1980 that he was still a virgin. If this is true, despite reportedly being treated for condylomata in 1960, that would have made him a 48 year-old virgin. A 48 year-old gay virgin.

The odd thing here, or perhaps not so odd, is that it’s Wikipedia which seeks to throw the monkey wrench into the conversation. And it got me thinking. Sure, he had a couple of gay lovers who swore he’d penetrated to climax. But they may be covering for him. Think about it. It’s a phenomenal claim for a guy who threw orgies and hung around in Studio 54. Despite ten-thousand potential one night stands in New York City alone, Wikipedia has not removed the claim. Perhaps he’s not even a homosexual. Either way, he’s lying. Everything about Andy Warhol wreaks of lies. I decided to look up a second gay lover, Charles Lisanby. Lisanby was an American Production Designer who helped define scenic design in early color television, and was responsible for Carol Burnett’s debut. Story goes that Lisanby was at a party and saw Andy Warhol sitting by his lonesome. It’s not the first time I heard this. He was once thrown out of his own orgy for sitting there in the shadows, watching. Andy Warhol. You will tell me he was simply a shy but inquisitive individual, sometimes insecure about his own brilliant mind. Wrong. Andy Warhol manipulated everyone and everything, even beyond the reaches of his personal life. This tells me that, even while he was sitting there, seemingly quiet and insecure, Andy Warhol was punching numbers into his cognitive calculator.

The life of Andy Warhol is further confused by the following article section, titled Religious beliefs. Here we learn that Warhol attended Liturgy at Saint Vincent Ferrer almost daily. The local priest affirms his alibi, although he was never once observed taking Communion or participating in Confession, but was content rather in sitting or kneeling in the back pews. Apparently, Warhol’s brother described him as privately religious. He even funded his nephew’s priesthood. Just look at Andy Warhol meeting Pope John Paul II. Andy Warhol looks out of character. Or is he?

Andy Warhol was an out-and-about gay but also a virgin and a closeted Catholic.

Who is the real Andy Warhol? 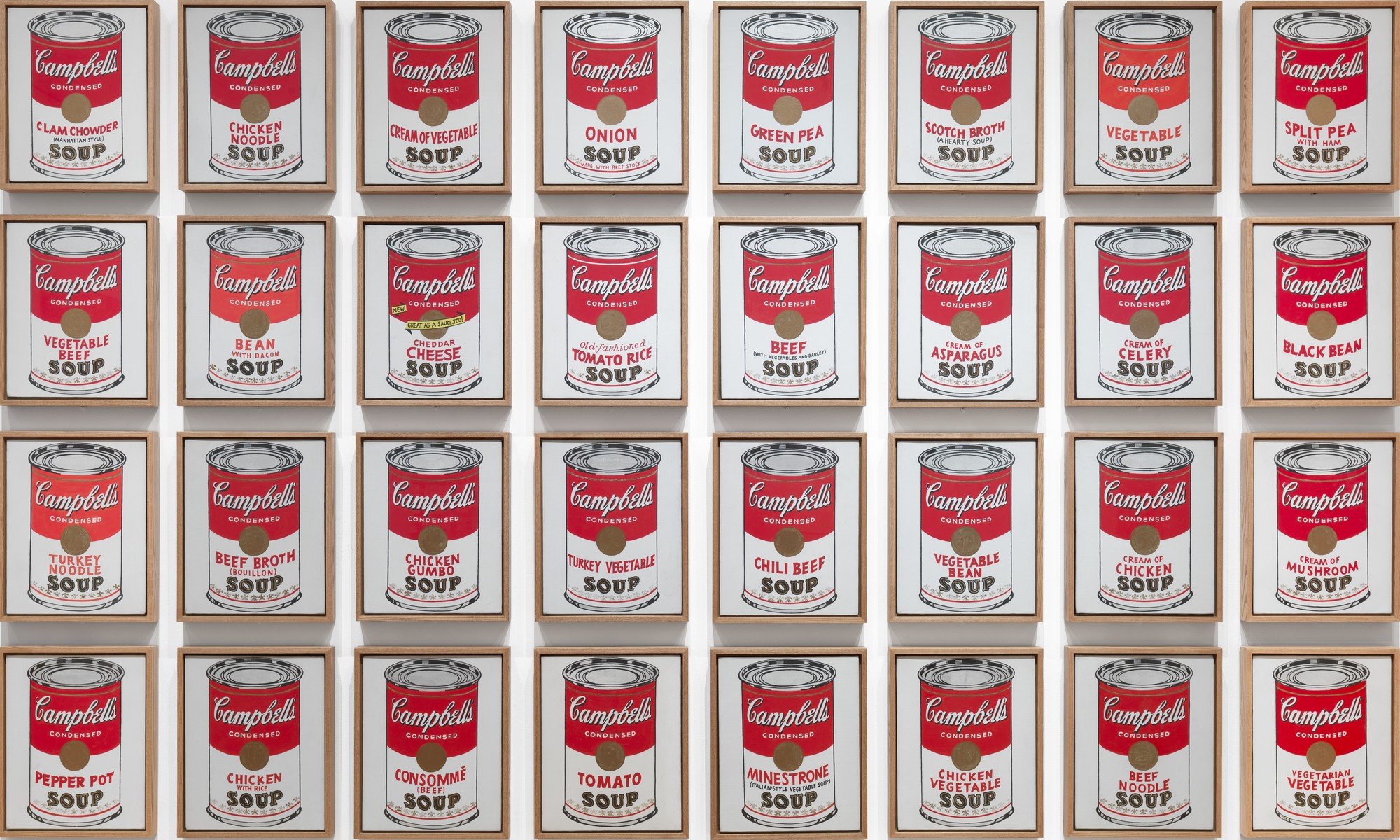 The next time you stand in their Andy Warhol art exhibit, gazing up at cans of soup, know that the CIA wants you to think about the art that is Andy Warhol. There is no other art. Just Warhol. This is precisely why Andy Warhol wants you to see himself surrounded by the likes of Yoko Ono and Liza Manili and Phyllis Diller and Twiggy in photographs. His work, which rarely ventured beyond smoke and mirrors, was intended for the processing of humanity, and is therefore alchemical. Andy Warhol was a Wizard. Everything about Andy Warhol is carefully engineered in order to promote sexual and gender chaos. And on an added note, 1984 Society needed corporations and franchises to lord over us, which also makes Andy Warhol a prophet of the collective consciousness. But at times he got sloppy. By the end of the 1960’s, Andy Warhol was already churning out recreated print runs of his early Campbell’s soup paintings. He didn’t even care about their glossy production value. Easy money was on his mind. Andy Warhol’s desire to exploit Andy Warhol is not even concealed. That was probably a slip up. Or maybe not. 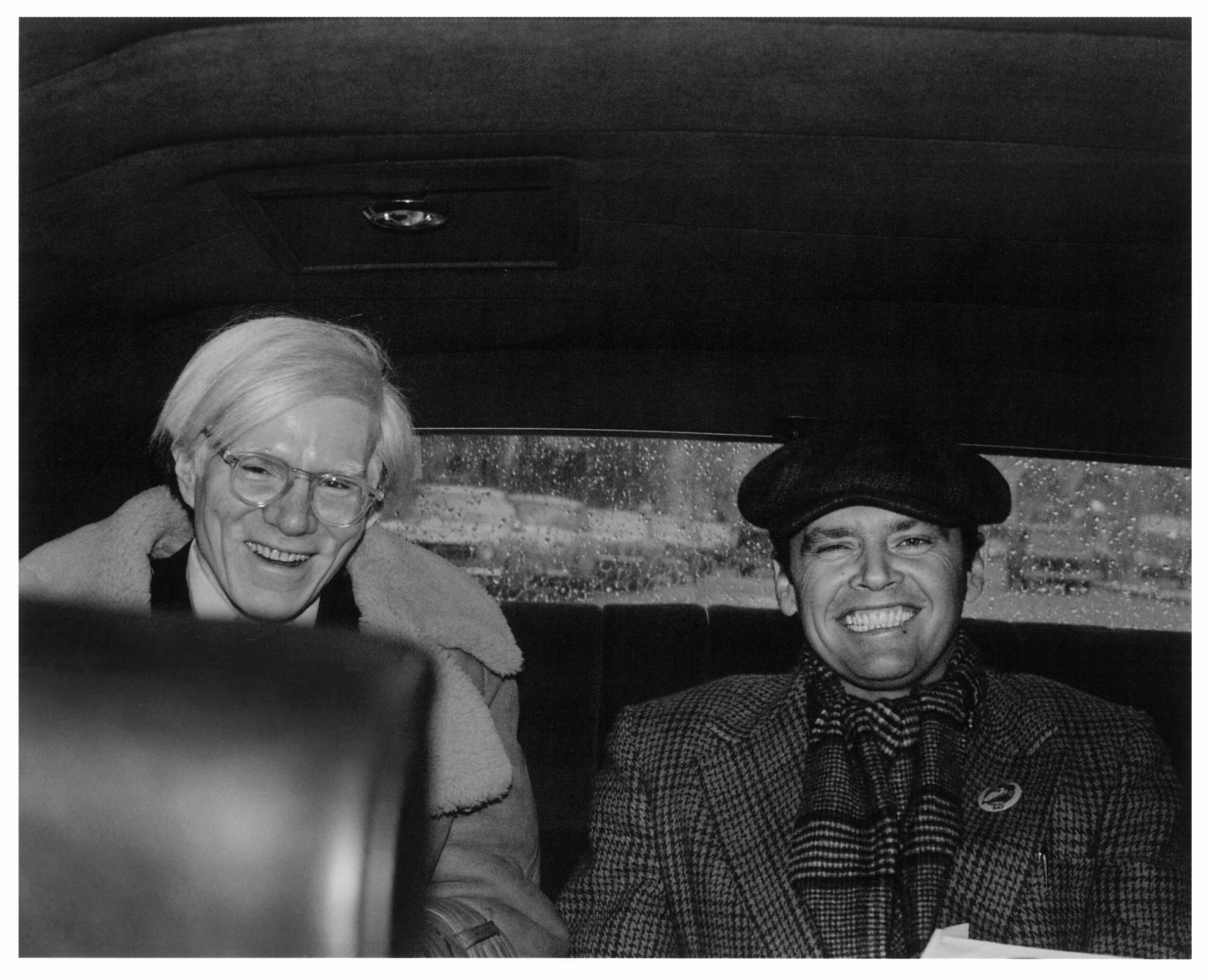 Oh, and one more thing. Jack Nicholson. The spook of Laurel Canyon. This photo is creepy beyond words. Tim Burton’s Batman would not be released for two years after Warhol’s death, and Nicholson’s already practicing his best Cesar Romero impression. It’s like they know something. And worse, they want us to know that they know something. While I cannot pretend to comprehend the inner-workings of two spooks, I suggest it has something to do with the fact that Andy Warhol and Jack Nicholson are related.

They both have genealogical ties to prominent European royal blood. The Farnese families. Alessandro Farnese was an Italian cardinal and an art aficionado, but also the grandson of Pope Paul III. His nephew, also named Alessandro Farnese, was the great-grandson of Pope Paul III but also grandson of Emperor Charles V, and ruled as governor of the Spanish Netherlands. If you recall, Pope Paul III initiated the Counter Reformation with the Council of Trent in 1545, as well as the Wars of religion, employing Emperor Charles V’s military against the Protestants. It was Pope Paul III who created the Jesuits. Andy Warhol and Jack Nicholson are related. 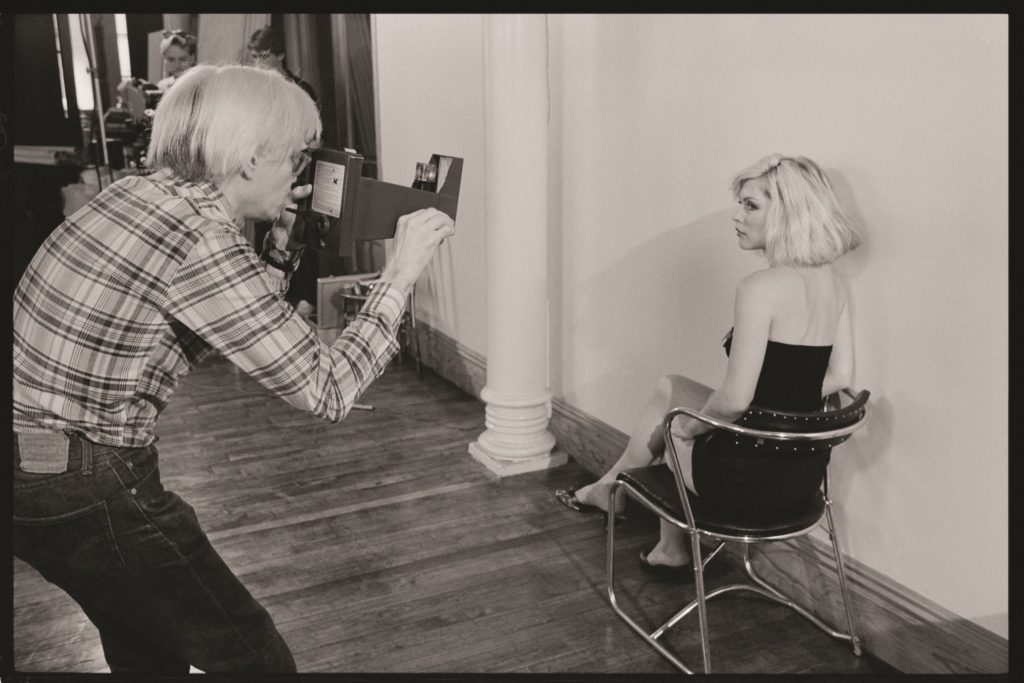 Why are you surprised?

Are you still holding out hope that you too might have stood in a picture with Andy Warhol—laughing it up with Phyllis Diller and Twiggy? Just look at the list of names whom Andy Warhol photographed at The Factory in his Polaroid series. Arnold Schwarzenegger. Muhammad Ali. O.J. Simpson. Kareem Abdul-Jabbar. Dorothy Hamill. John Lennon. Yoko Ono. Dolly Parton. Ted Kennedy. Joan Collins. You’ll find them here. It’s always the same people. Same actors. Same spooks. And however much you wish it were so, it’s not you. You’re not from the gene pool. You’re not an inbred from the 13 ancient serpent families. Therefore, you haven’t been selected. Don’t hold your breath. Nobody’s arriving at your front door dressed all in black and taking you on a limo ride to a secret building where a six-fingered giant and a dwarf step out of a wardrobe as part of your initiation rites.

You’re not the Wizard creating the illusion. They’ve made their bed but you can chose how to make yours. You can chose Yahuah’s purpose for you. Recognize the illusion. Come to terms with the frail fantasy you once held so dear. Learn to love the truth that is Yahuah’s Torah and the testimony of His Son, Yahashua, and forsake the fabrication. You’re being lied to about everything.

You can choose not to believe any of it. 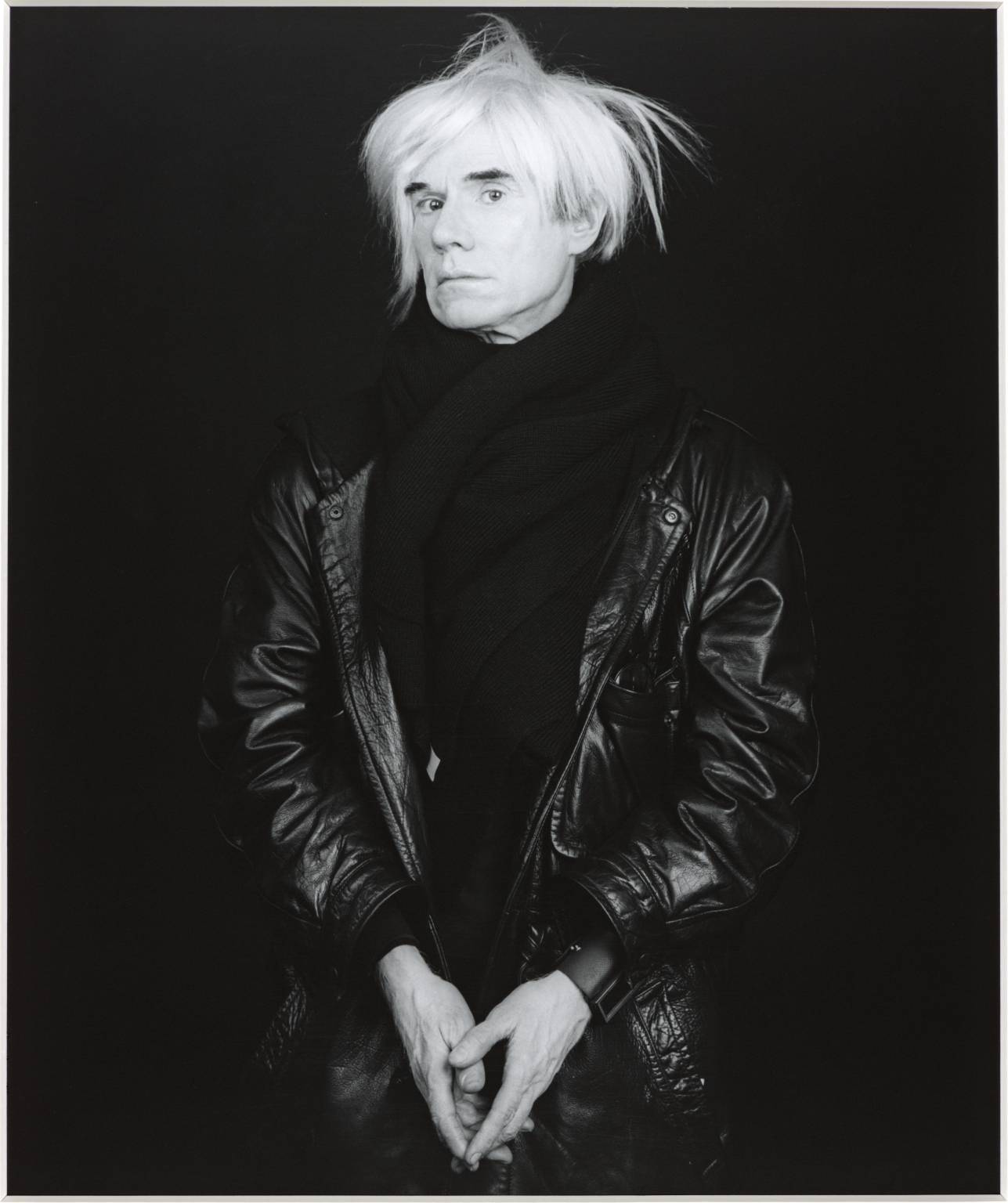 The Guardian: “Andy Warhol: the case against”

Mathis, Miles: “From Theosophy to the Beat Generation: Or How Even the Occult was Disguised”