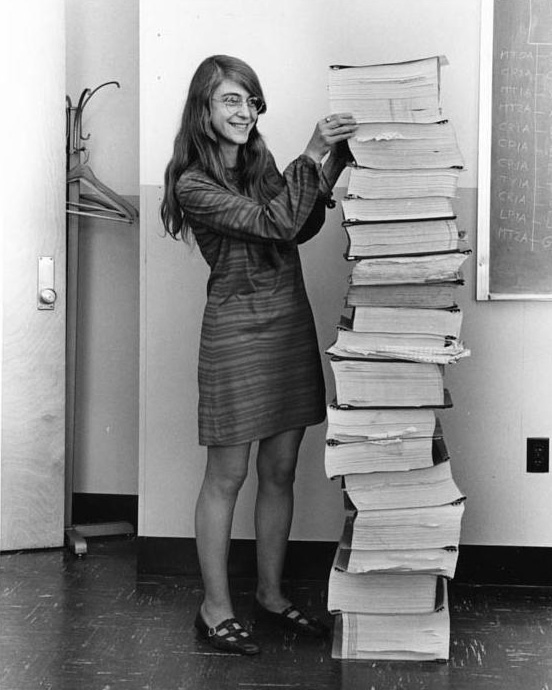 EVERY so often somebody sends me a construction photo of the 1893 Chicago Exposition, wondering if I’d seen them, and also, now that I’ve been set straight, won’t this insanity please come to an end? You should know then that there are side effects to my steady red pill diet which includes not being allowed to stop talking about it. Not until every rock is turned and question answered. Indeed, there are construction photos. I have seen them and they’re cringeworthy to say the least. Do you really think there wouldn’t be? I decided to include a picture of Margaret Hamilton, a computer scientist from MIT, to make a point. She is posing with the guidance software which she and her team of nerds developed that supposedly sent three Apollo astronauts to the moon and back in 1969. Simply adorable. Look at that stack of books, why don’t you? They’re all codes and numbers. Incredible. I guess it’s true then, all of it, and we did go to the moon. I was wrong about everything. “You’re avoiding the inevitable again,” you tell me. No, I’m not. I’m simply letting you know the great lengths our Controllers will go to so as to succeed at their lies. The space race began in 1955. That’s a whopping 14 years of photo and video documentation, all hell bent on perpetrating a lie. There are “pictures” of a globular earth from satellites in space, y’all. No, not really. That was sarcasm. They’re composite images and artistic renderings, every last one of them.

You can read the entire report in the PDF below. It’s an update to my 1893 Chicago World Fair Hoax paper.