THE BLUE MARBLE IS ONE OF THE MOST REPRODUCED IMAGES OF ALL TIME, AND IT’S A PROVEN FRAUD 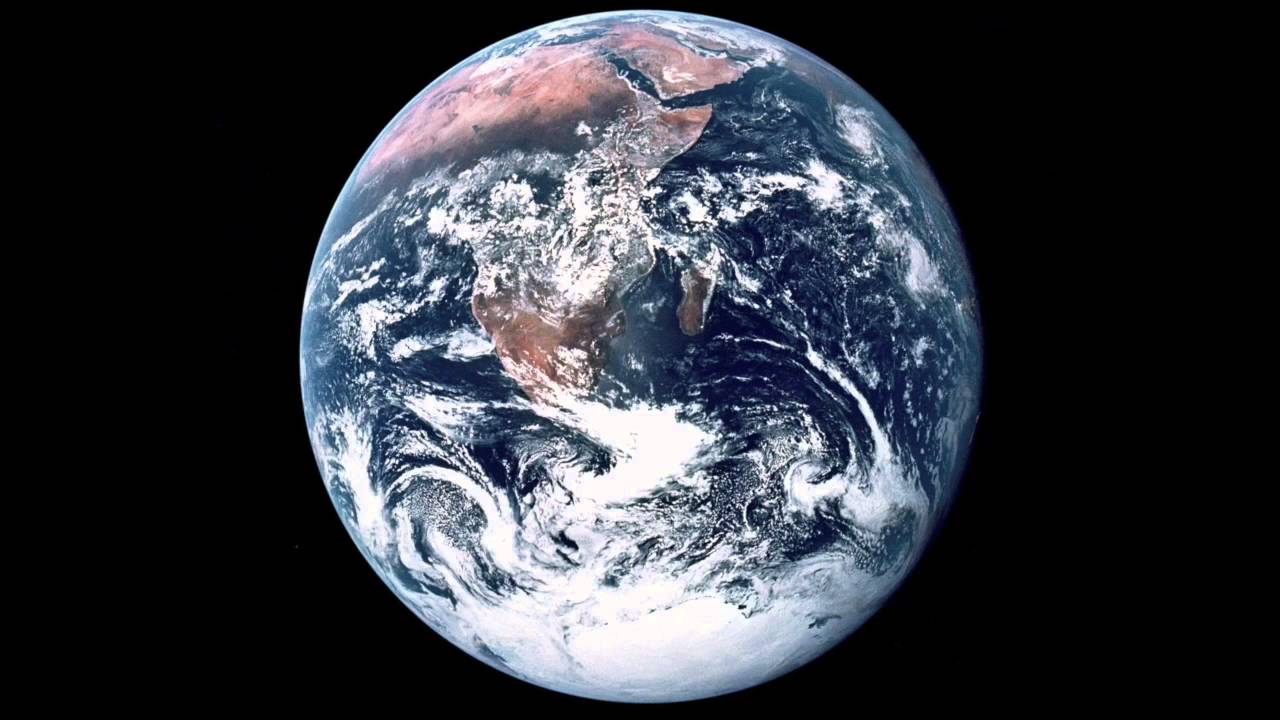 YET SADLY IT’S THE ONLY ACTUAL IMAGE OF EARTH which NASA has bothered to “photograph.” Every other Earth portrait, finally admitted by that billion-dollar tax payer government agency, is a composite of spreadsheet data re-envisioned by an imaginative artist and then processed through Photoshop for that extra Hollywood zing. Let me put it this way. Every visual shred of photographic evidence presented to us by our government as proof regarding the circular cosmology of our world, except perhaps this one, is nothing more than a cartoon.

Except The Blue Marble is an artists rendering too. And I can prove it.

The Blue Marble was first photographed by the crew of the Apollo 17 on December 7, 1972, at exactly 5:38a.m. EST, from a supposed 28,000 miles in space, and is the textbook image that most of us grew up with. Of all the cartoon Earth’s we’re presented with on a daily basis, this one is perhaps the most believable, as indoctrination is concerned. I mean, it actually looks like a photograph. Yet it’s odd, if one stops to consider, that Apollo missions 11-16 altogether neglected such photographic evidence, but I digress. Unfortunately, as it pertains to this imagined earth portrait, there’s one gigantic oversight. While Africa is present, entire other continents are missing.

Globe logic is straightforward and simple. At any given hour of the day, exactly half of the Earth is illuminated by sunlight. The other half is not. This is of course assuming that the world is a ball measuring 360 degrees, and not the pear-shaped earth or “oblate spheroid” that NASA now oddly claims on their website, since this 1972 Blue Marble photograph clearly disagrees. So what we can see is half of the globe, or 180 degrees. When this picture was taken at 5:38am EST, the sun was reportedly positioned directly behind the Apollo 17 spacecraft, which would further explain why the earth is perfectly illuminated in all compass directions. This much is somewhat true. A quick visit to timeanddate.com will quickly attest to the fact that the sun was indeed directly over Africa, just not in the angle which they show it.

Yet a quick visit to timeanddate.com also unveils another huge glaring problem. 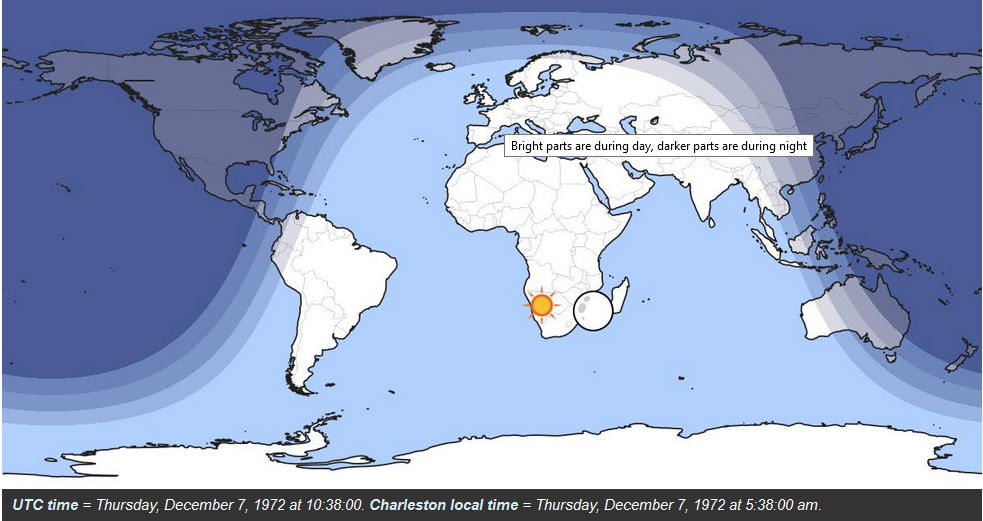 Not all of the earth bathed in sunlight at exactly 5:38am EST on December 7, 1972 was accounted for in the Blue Marble photograph. The entire continent of South America is completely absent from our view! As is Europe! And the tip of Australia is missing too! How could these unaccounted for continents even see daylight, seeing as how their degrees of curvature are tipped away from the sun? Where did they go? And can somebody please explain why Africa grew so large?

If you’re having trouble visualizing all of this, let me add the 1972 Blue Marble portrait to timeanddate.com, on the exact year, day, and minute that the photograph was taken, with bonus boundaries added so that you can see what is so clearly missing.

It’s sad really, how often NASA trips over their own deception.

“Surely the Lord GOD will do nothing, but he revealeth his secret unto his servants the prophets.” Amos 3:7 (KJV)