79 AD: Pompeii, the Release of the Titans, and Revelation 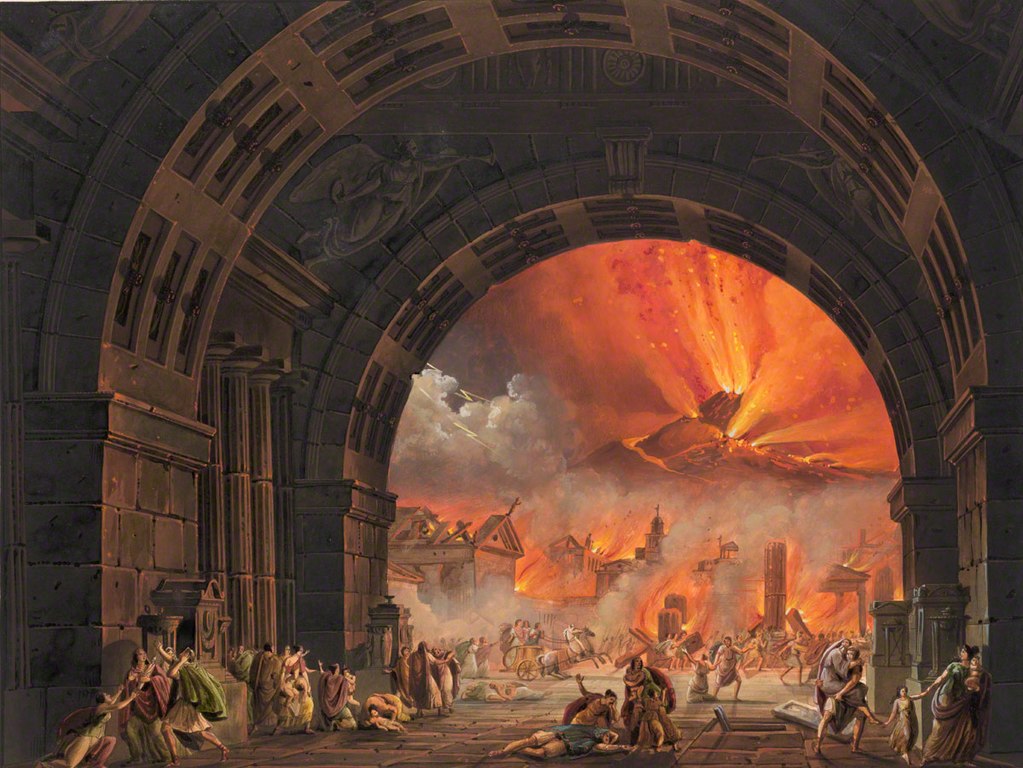 SOME have suggested that the eruption of Mt. Vesuvius in 79 A.D. was the opening up of the abyss. I ultimately couldn’t say either way, but my investigative hunch says the timing seems a decade off. The trumpet blasts are counted in an orderly and ascending one-two-three-four fashion for a reason. It would seem negligent to have five miss out on the rollcall only to pick up the slack after Yerushalayim was destroyed, when Josephus and the other historians documenting that affair weren’t paying attention.

Regardless, we have all heard about the Mt. Vesuvius eruption before without even considering the possibility that Revelation, if not some other portion of Scripture, was involved. Oh, you’ve heard of it. That was the blow your lid event which destroyed the Roman cities of Herculaneum, Oplontis, Stabiae, and several other settlements, the most famous of which was Pompeii. Before that could happen though there was an order of events which are certainly worth mentioning because its key player does tie in, and as always, there is an educational lesson intended before breaking for my commercial sponsors.

Just yesterday I showed you where the locusts from Revelation show up in a completely different and rarely read text. I wasn’t sure what I would work on when waking up this morning but the coffee spoke. And so, here is another update to the Revelation 9 section of an ever growing document pertaining to Yahusha’s glorious appearing in the whereabouts of 70AD.

PDF [UPDATE]: The Glorious Appearing of Yahusha HaMashiach: The Titans