THE PLOT THICKENS. And it involves pig-men. I think.

A coronavirus strain in India has reportedly mutated (I know), and may in fact render the worldwide race for a vaccine worthless (I know). Without going into too many details, “researchers” are learning that the reported mutation is due to the spike protein that allows the novel coronavirus to bind with certain human cells (I know).

Get ready for trans-humanism, everyone. It’s here whether we want it or not. The only way to control an invisible enemy that mutates and then mutates and then mutates again into the next thing is by engineering a human patient (that’s us) which continually creates his own vaccine. The world is a stage, and though I haven’t read the ending to this terrible script (seriously, I wish I could leave the theater), I’m somewhat certain they’re not opening society up again until the vax is offered to everyone and passed around. Basically, this is just like Socrates’ suicide in Phaedo, only this time EVERYONE is expected to drink the hemlock.

In order to combat these mutations, expect the vax to employ mRNA and CRISPER technology, which will essentially take scissors to our DNA and sever a section out of our genetic coding in order to splice a new sequence, thereby acting as an artificial agent at the cellular level.

It’s a shame how very few Christians care to know nor appreciate that vaccines are often made by growing viruses in cells originally obtained from aborted babies. Evil. Just pure Evil. I try telling friends and family whenever possible and they just return fire with glazed eyes or blank stares.

Even less care to know about the pigs and the mice infused and then harvested with human DNA. Plants too. And this is what baby harvesters are actually confessing to. I believe the truth of the matter is much worse. And there are good indicators, wink-wink, that the upcoming hemlock suicide ceremony will include cells from human-animal agents.

“What are you saying, Noel!? Everyone’s going to get vaccinated and become a village of pig-men and mice-women and plant-people!?”

Actually, that is PRECISELY what I’m saying.

As in the days of Noah….

If you recall Jasher’s telling of Genesis 6, it was the mixing of species, men with animals, that finally invoked YAHUAH’s wrath.

“And their judges and rulers went to the daughters of men and took their wives by force from their husbands according to their choice, and the sons of men in those days took from the cattle of the earth, the beasts of the field and the fowls of the air, and taught the mixture of animals of one species with the other, in order therewith to provoke the Lord; and God saw the whole earth and it was corrupt, for all flesh had corrupted its ways upon earth, all men and all animals.” 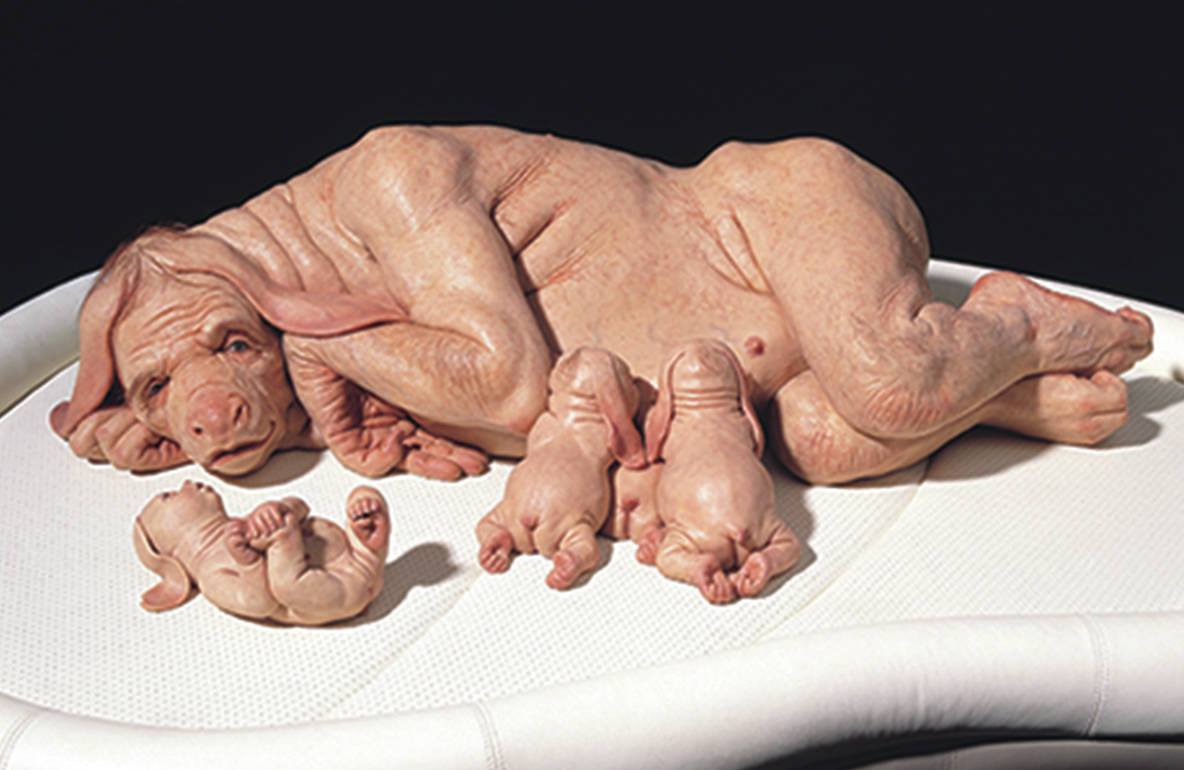 With everything going down, it kind of makes you wonder about Isaiah 66 and why pigs and mice are mentioned together as part of a great fiery judgement.

“Those who sanctify and purify themselves to go to the gardens, Following one in the center, Who eat swine’s flesh, detestable things and mice, Will come to an end altogether,” declares YAHUAH.”