IN OUTER SPACE ANYTHING IS POSSIBLE. Eight years before Armstrong and Aldrin’s fictitious walk on the moon, having passed twice through the Van Allen belt without consequence, a handful of hypothetical cosmonauts collided with yet another radiation in outer space, only they became the super group known as “The Fantastic Four.” For the record, that would be November of 1961, when Mister Fantastic, the Invisible Woman, the Human Torch, and the Thing came into our lives. For most they need no introduction. The fact is the average person knows more of occult philosophy and its imaginative storytelling—in both cases; comic books and moon landings—than they do of the Bible. It is yet another tragic turn of events, where the history of the church is concerned. And I hold the leaders of our congregations responsible.

Fast forward to August 31, 2009; the Walt Disney Co. announced a deal to acquire Marvel Entertainment for 4.24 billion dollars. Just three years later, in 2012, Disney purchased Lucasfilm for an additional 4 billion, adding the legendary Star Wars franchise to its recognizable roster of theme park characters. Disney’s complete acquisition of Marvel characters would be completed in 2017, when the company acquired the majority of 21st Century Fox for an a somewhat unimaginable 52.4 billion dollars. Finally Spiderman and the X-Men could wear the coveted mouse ears right alongside their other Marvel contemporaries. With this merger, Disney is provably accomplishing one of the most ambitious, awe-inspiring, and wholly successful franchises in the history of western civilization. The ancient Mysteries have become a corporate empire. And they even have complementary theme parks. 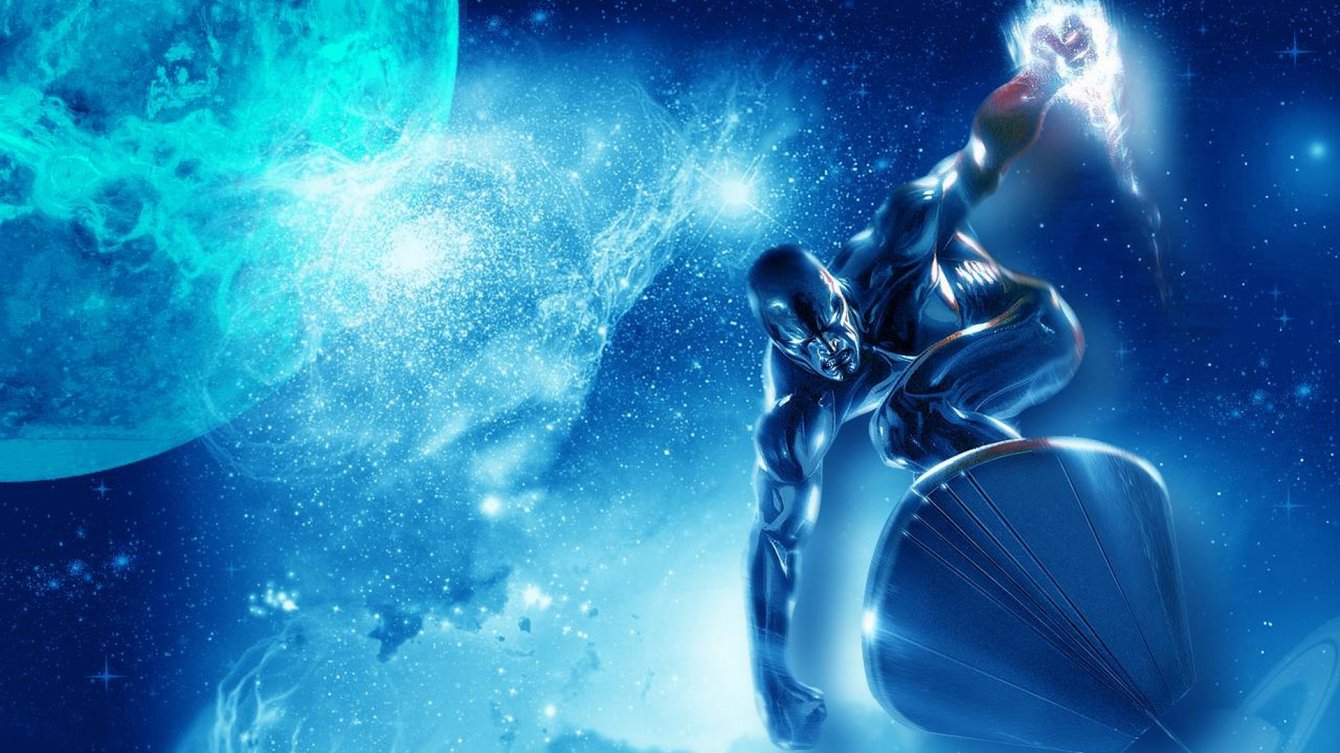 The Avengers films, which focuses upon a conglomerate of individual superheroes paired up into one centralized team, is of particular interest. What began by Fantastic Four creators Stan Lee and Jack Kirby over fifty years ago is now re-surging on the big screen. Earth’s greatest threat is coming again, and we must put a stop to him. It was 1966. Lee and Kirby were outlining what would become Fantastic Four #48-50, and Lee spoke to Kirby these four landmark words: “Have them fight God.”

Kirby’s response: “I went to the Bible, and I came up with Galactus.”

“The Galactus Trilogy” is a profoundly Gnostic tale. For anyone out of the cultural loop, Galactus is a cosmic being who feeds off the life energies of entire planets. That’s bad news for the Copernican. The rest of us need not concern ourselves. Of no coincidence, it is in this very series where the Silver Surfer is first premiered. He’s basically a cosmic scout for the hungry deity. But there’s a catch. The Silver Surfer doesn’t go along with his master’s plan. Rather, he warns humanity of who is coming. And for this treacherous crime against the evil Galactus, the great enlightener cannot be forgiven.

“In any case,” writes Jeffrey J. Kripal in his book, Mutants and Mystics: Science Fiction, Superhero Comics, and the Paranormal, “fighting God and being a Gnostic are more or less the same thing. What the Gnostic is really fighting, of course, is a lower god pretending to be the real God. What he seeks is the God beyond god, the cosmic truth of things beyond all the religious bullshit.” Who is this adversary of the superhero Gnostic; this clerical poppycock; this “lower god pretending to be the real God?” His name is Yahweh.

Ask your local Gnostic. It is this very demiurge who’s responsible for the placement of Adam and Eve in the garden. It is he who created the fleshly bodies to entrap their spirit—or rather, supernatural abilities. It is he who dictated Adam’s spell of ignorance—who caused him to fall into a terrible slumber—and convinced our first forefather, along with Moses and the Prophets and the rest, that there was no other god but him. It is the demiurge who wishes to keep all of humanity forever ignorant, always worshiping him alone rather than the far nobler gods. The Gnostic needs only thank the semi-divine cosmic scout; the fallen angel who is trapped on Earth as a punishment for refusing to do the creators ill-will. It is the Serpent who opened their eyes to true knowledge. The forbidden fruit has been consumed, and the spell of ignorance is therefore broken—should the “truther” wish to break free of his enslavement and pursue his mind’s enlightenment. Conclusively, don’t blame Satan or sin. The “True God,” whoever he or she or it turns out to be, is not the creator of this evil imperfect world.

The Apostle John once warned about the kings of the Earth who will gather with Satan for battle. They will do so, quite arrogantly, in vain hopes of striking the Lord Jesus down upon His return. To this coming event he wrote: “And I saw the beast, and the kings of the earth, and their armies, gathered together to make war against him that sat on the horse, and against his army (Revelation 19:19).” In the meantime, we have the Silver Surfer to enlighten us of what is soon approaching. And better yet, we have Iron Man, Spiderman, Thor, Black Widow, and the Hulk—among a mishmash of others, to take up the challenge in our defense.

I have personally observed pastors eagerly lining up their youth for the next Marvel installment. The culture war is lost. They’ve surrendered, I supposed. Esoteric entertainment has become cause for a church picnic. And yet the Gnosticism presented here is not confused. Stan Lee’s utter disdain for God is not hidden from us. So I must ask this question: are our shepherds confused? Let me rephrase that. Are they leading their flock—or rather, indulging in occult entertainment, with darkened eyes? Jesus will not be gawked at in such manner. He will not be spoken to in this way. And let’s be clear of one thing.

If our pastors are not pointing out the wolves, then we must turn to the next grim reality. They themselves are the wolves.