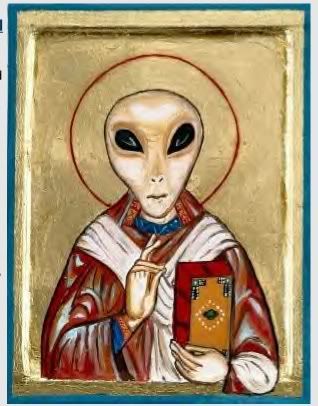 I PUT THE KIDS TO BED AND THEN WENT OUT on another nighttime walk so that I might further reflect on my day’s thoughts and pray to the Lord. I like listening to the crickets and the croaking toads and the boat-like growls of alligators as I do so, sometimes catching a larger-than-life moon lift over the glassy reservoir of water that our house sits upon, with its cool light glistening through the drapes of Spanish moss to the soggy roots of Cypress trees below. The stars are much clearer here in Charleston than I ever experienced back home in California. I’ve become somewhat accustomed with the constellations that make up the cosmic calendar, a zodiac practically unchanged since the beginning of human civilization, which is telling for a flat Earther like me, and I often gaze up as I take each prayerful step to seek them out.

This all happened a few nights ago, the walk that is, and the fiery red orb, unexpectedly lifting up over the tree line on the far side of the reservoir, all of which also doubles as a bird and alligator preserve, and flew very low, eerily slow, emitting flames, not a sound lifting from its mechanical engineering, and headed in a straight unbending line over that body of water, which just so happened to be in my direction.

I’ve been sitting on this for a few days, researching any alternative explanation for what I experienced, a helicopter coated with molten lava while bursting with flames for example. But I know what I saw. It’s what so many witnesses across the world continually attest to, and on nightly occurrences. Particularly recognizable was the dark spiritual presence that accompanied its coming and going. You know what I think? I think its occupying pilots had been in heaven once, bowing under the throne of the Almighty I AM, before the rebellion. I experienced yet again what modern witnesses might call a UFO, and it was carrying demonic entities.

These occurrences have become so commonplace that even the Drudge Report released an article last week on this very subject, with stunning statistics to challenge the deaf ears and blind eyes of spiritual detractors and skeptics. Explosive rises in demonic encounters, I believe, are yet another roadside billboard, one in a line-up of many, advertising to those drivers paying attention that we’re very likely driving through the last days, and if not, then quickly accelerating into them.

Just last summer one of my twin sons and I were both psychologically attacked for almost two consecutive weeks  by a single demonic entity. I’ve encountered many of these fallen spirits in my lifetime, and let me tell you, they’ll flee at the very evocation of Jesus’ name. But this guy, he was no non-commissioned officer or grunt, as rankings go. He was easily the second strongest angelic being that I’ve ever encountered, and no quick prayer would dispel him for long. He physically revealed himself to me early on. Cosmetically he was an alien gray, about four feet high. Emotionless too, despite the aura of evil (malice, hatred, jealousy, and covetous rage) practically dripping from his black-as-death eyes. And he seemed incapable of moving his lips to speak, though what message he had, and he most certainly had one, was spoken telepathically.

For all of his rabbit-hat tricks, I find it interesting that he was never allowed to enter our house. The Spirit of the Lord protects his servants. Rather, he stood out by the dock behind our home, glimmering under the pale light of the moon, looking up through our windows to the warmth inside. That’s where I saw him. It’s where he spoke to me from. I would lie in bed, feeling his presence outside, and have these vivid dreams where my son approached me carrying a voodoo doll fashioned in the likeness of the very demon standing beyond the window. And then I’d awaken to the violent blood-curdling screams of my son in the other room. I’d rush in there to cradle him and pray. The crying would soon cease. But then I’d feel his attacks again, sometimes awake or in my dreams, and then he’d switch tactics to tormenting my son. Rinse and repeat. Even my wife, who does not experience these things as I do, became consciously aware that something unnatural, though I prefer the term spiritual, was occurring.

Why am I writing this? I’ll likely be accused by my detractors as fear mongering, if not mentally deranged. The thing is I do not fear them. And nobody who is sealed with the Holy Spirit should. They aren’t our sparing partners. If we’re a part of Christ’s body, then he’s already crushed the head of the serpent on the cross, and as we carry the banner of salvation, which reaches high into the skies of eternity, we too can march right over them as they scream their shallow curses at us.

I’m writing this in hopes that it reaches the glowing computer screens of so many other believers who have had similar experiences, and perhaps even continue to do so, but are afraid of the clergymen and pew-detractors who condemn us, simply for having them. I know for a fact that there’s a growing number of you, and if trends continue as they are, you’ll soon find yourself being the silent majority.

You are not alone.

I’ve realized that my lifelong fear hasn’t stemmed from Lucifer’s militant ranks, but the hordes of brother theologians who, if indoctrinated properly at the University, teach the devil from the pulpit but as nothing more than an abstract bullet-point or allegory. Meanwhile, as Satan increases these attacks on the rest of us, because he knows his hour of judgment is at hand, be confident, brothers and sisters, and rest assured; the war may be real, and it presently rages on, but Jesus is the victor.

And just in case you want to know what I was thinking, as I gazed upon that militant chariot of fire carving out the night sky, it’s this:

“You may be fighting a battle, but it’s a losing one. Jesus my Messiah has already won. Now be gone.”