The Druidic Mysteries of Pooh: The Honey Tree as Knowledge of the Divine

Gods of Disney | The Mystery Religion

YOU DIDN’T think I would do it. Bill Gates, Lady Gaga, Saint Augustine, sure. But Pooh—never. I wouldn’t dare touch Pooh, you said. Silly old bear. This time I’ve gone too far. It took Walt Disney twenty years to doggedly chase down the rights to Mary Poppins. He couldn’t wait to spoon feed Theosophy to children. This is just like that. “What is just like that?”—you ask. This is. Disney labored for precisely that long to retain the rights from Milne. He couldn’t wait to spoon feed honey to children.

I can already see the headlines on social media.

Read all about it.

Here’s the trade secret. In the decades before the Eye of Sauron began initiating everyone, a successful Mystery school initiate, who had already crossed over to any seven or eight or even nine levels of spiritual development, knew how to speak to his fellow neophyte without frightening the very timid sheep he shepherded over. According to The Golden Ass, it is only after the neophyte has passed his test that the goddess Isis blesses him with her presence and assigns his path to social power in the swath of her providence. Some are wizards. Others philosophers. Still others are bards. In Genesis, Moshe has already hinted at this reality when contrasting the Elohim-fearing sons of Seth with the sons of Cain, who built cities. The New York Times bestsellers list is like a who’s who of secret societies. 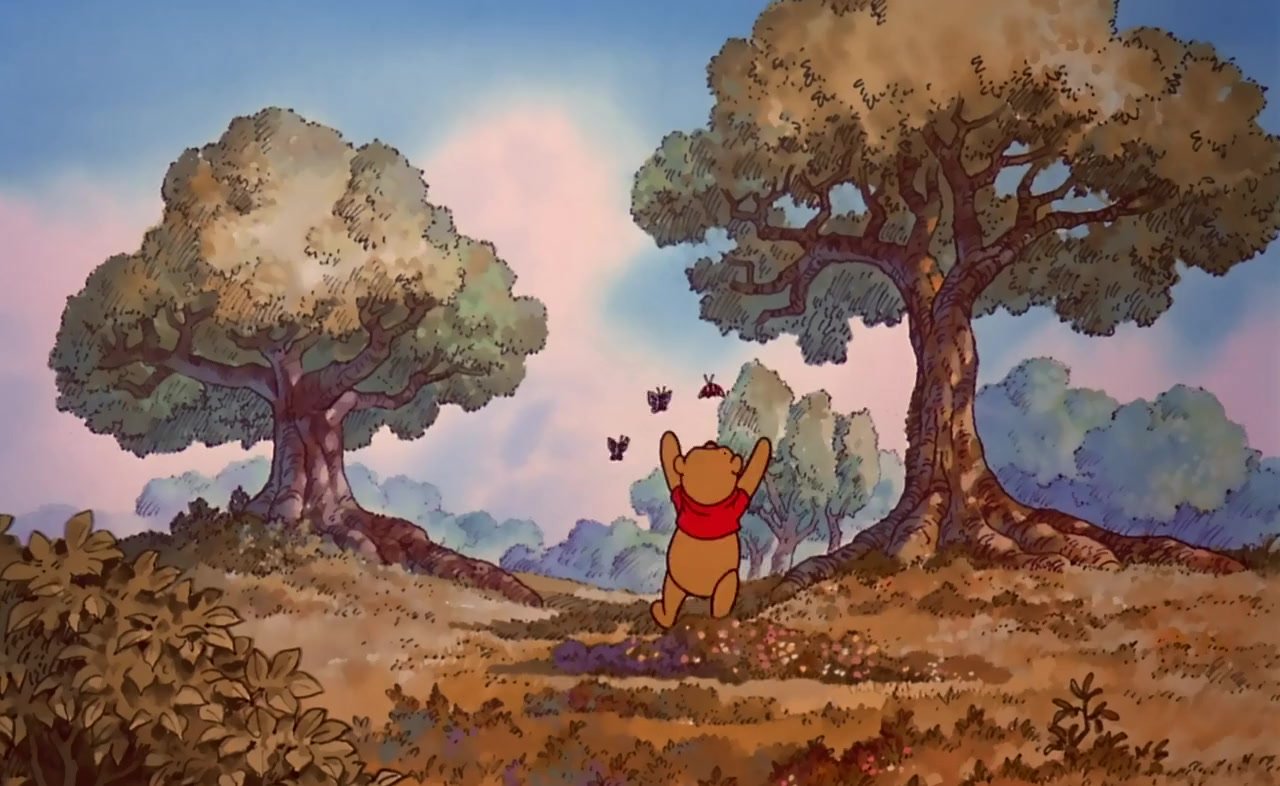 See, there is a custom in the Mystery religions of smearing a newborn infant’s lips with honey. If you think a woken third-eye activated governess birthed a baby between her legs and then lifted it directly to her breasts for milk, you’re dead wrong. Somebody was standing by with a finger-full of honey. Honey first and then milk afterwards. Honey is truth, you see. But we’re not exactly talking about algebra or arithmetic, because only honey will do for little gods, if you get my drift. And years later, it will be given to the newly consecrated initiate as a sign of their rebirth.

“What’s your problem with honey?”—you ask with parched lips.

None whatsoever. But when the Mithraic Mysteries regarded honey as divine food, they weren’t simply wringing out a honeycomb over their tea. The honey of a neophyte was sacred mead; a recipe which called for fermented honey and mushrooms. Buzz—buzz. Long before Greece transformed Dionysus into the ‘It’s 5 o’clock somewhere’ wine-god Bacchus, something Greek and Roman housewives could finally get behind, he arose from the mushroom gods, and offered mead.

In the Berlin Magical Papyrus, the worshipper is told:

“Take the honey with the milk, drink of it before the rising of the sun, and there shall be something in thy heart that is divine.”

Thusly, Milne and Disney introduce us to Pooh in the exact same way. The pudgy bear is on a quest for honey. In the very first chapter of Winnie-the-Pooh we read: 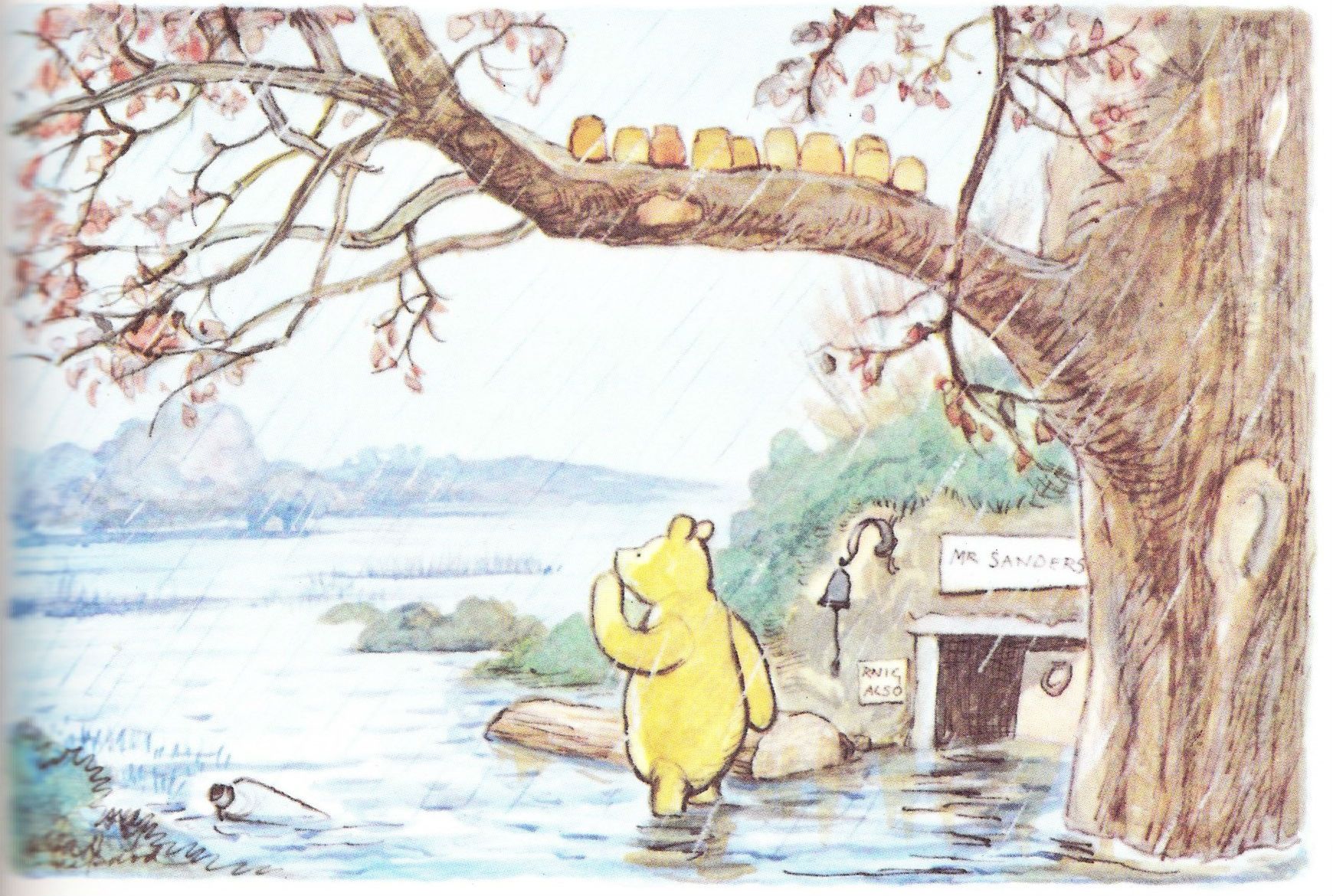 Wait, what does a tree have to do with honey, you ask.

Piglet lives in a tree. Owl lives in a tree. Rabbit lives in a burrow underneath a tree. Eeyore is content building a house from sticks fallen from them. All of England inhabits a tree, by which Christopher Robin occasionally climbs out of. Pooh himself does not live in a tree—it will be argued. Fair enough. Much like the Druid—actually, precisely like the Druid; Pooh found every tree sacred. And besides, Pooh lives next to a tree. And he spends a great deal of time eating honey from its tree branches. In fact, an oak tree.

But a-ha! Illustrator E. H. Shepard even paints a picture for us, whereas its roots stretch forward and arch over Pooh’s house.

Whatever illustration your prefer, both conclusions are equally important of Pooh, because Pooh is a Druidic priest of the woods; a bard, really; wandering about freely from his oak to every other tree, exemplifying the sort of self-knowledge which Milne and Disney knows only a neophyte can properly understand.

The name Druid is a Celtic word which means, once translated, “Knowing (or Finding) the Oak Tree,” something which Pooh is fully capable of. Actually, the holly oak was sacred to Holle or Hel, daughter of Loki and the Norse goddess of the underworld. This is undoubtedly why groves of oak were their chosen retreat, and a prominent feature in Hundred Acre Wood. The Celtic Tree of Life is often depicted with branches reaching heavenward while its roots spread out into the earth below, not unlike Pooh’s house at all. This symbolizes the Druidic link between heaven and earth. 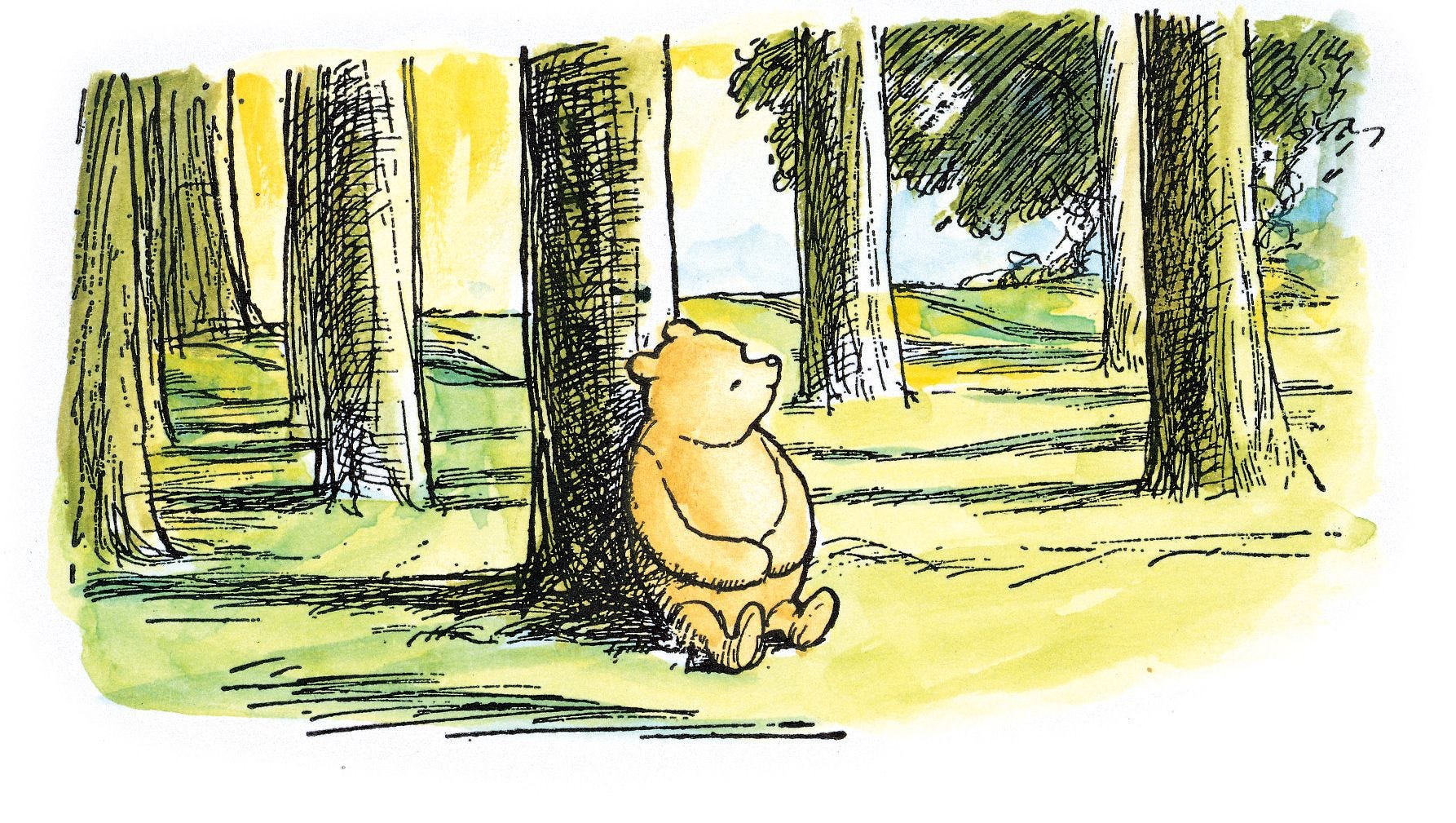 For the Druid, trees were a connection to the world of the spirits and their ancestors. They were doorways to other worlds. Higher realms. The word door actually comes from Duir, as doors were traditionally made from oak. Still, the purpose of the doorway will likely be lost on the uninitiated. In ‘Druid Mysteries: Ancient Wisdom for the 21st Century,’ Philip Carr-Gomm writes:

“The gateway between two trees or two stones will for one person be nothing but an empty space, but for the Druid will be the means whereby they can enter another state of consciousness, another realm of being. The secret ‘oaken door’ figures in the poems of Taliesin—and it is through this door that we encounter faerie beings and inner worlds of beauty and power.” 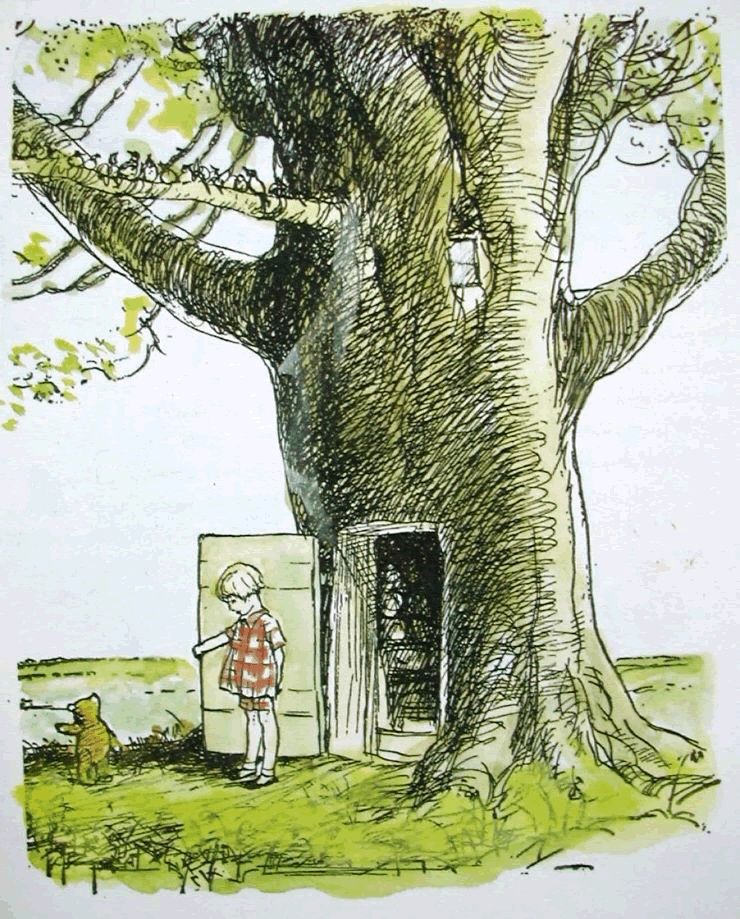 The dutiful Pooh reader will easily recall that Christopher Robin appears in Hundred Acre Wood through an oaken door in a tree. England resides in there also. Disney’s movie, Christopher Robin, puts special emphasis on the door as the entryway from one world to our own. In the film, the world at war and resulting adulthood has led Christopher Robin to abandon the imaginative plane which he once so easily reveled in. In Theosophical terms, he is chained and grounded to his own obstinate ego. It takes Christopher spilling a dosage of honey all over a picture of Pooh which his daughter had laid out for him, for Pooh to waken in his house, far away inside a tree—in a higher plane of existence. Pooh then ventures out of the astral-realm that is Hundred Acre Wood, daring to use “The Door Through Which Christopher Robin Is Known to Appear,” in order that Robin might lose his ego and Pooh might reclaim his Cauldron of Plenty. 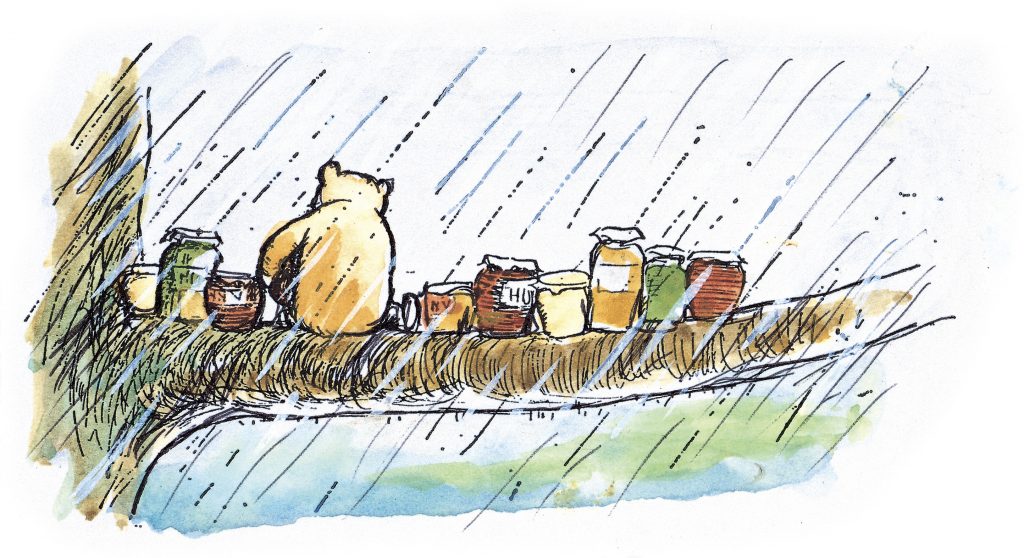 Just look at Pooh. Pooh—sitting on his oaken tree branch, pawing into jars of honey. Here Shepherd bears to mind the Celtic god. Dagda, the god of the Oak and possessor of the Cauldron of Plenty.

Christopher Robin is the initiate and Pooh the bard, and his symbiotic relationship is with trees and honey. Unless Christopher can find his place in the higher realm, through the door in the tree, then truth itself is lost.

We turn once more to the very first chapter of Pooh in order that we might encounter the oaken honey tree. Pooh sings as the bard he is. Milne reports his song as follows.

How a bear likes honey?

I wonder why he does?” 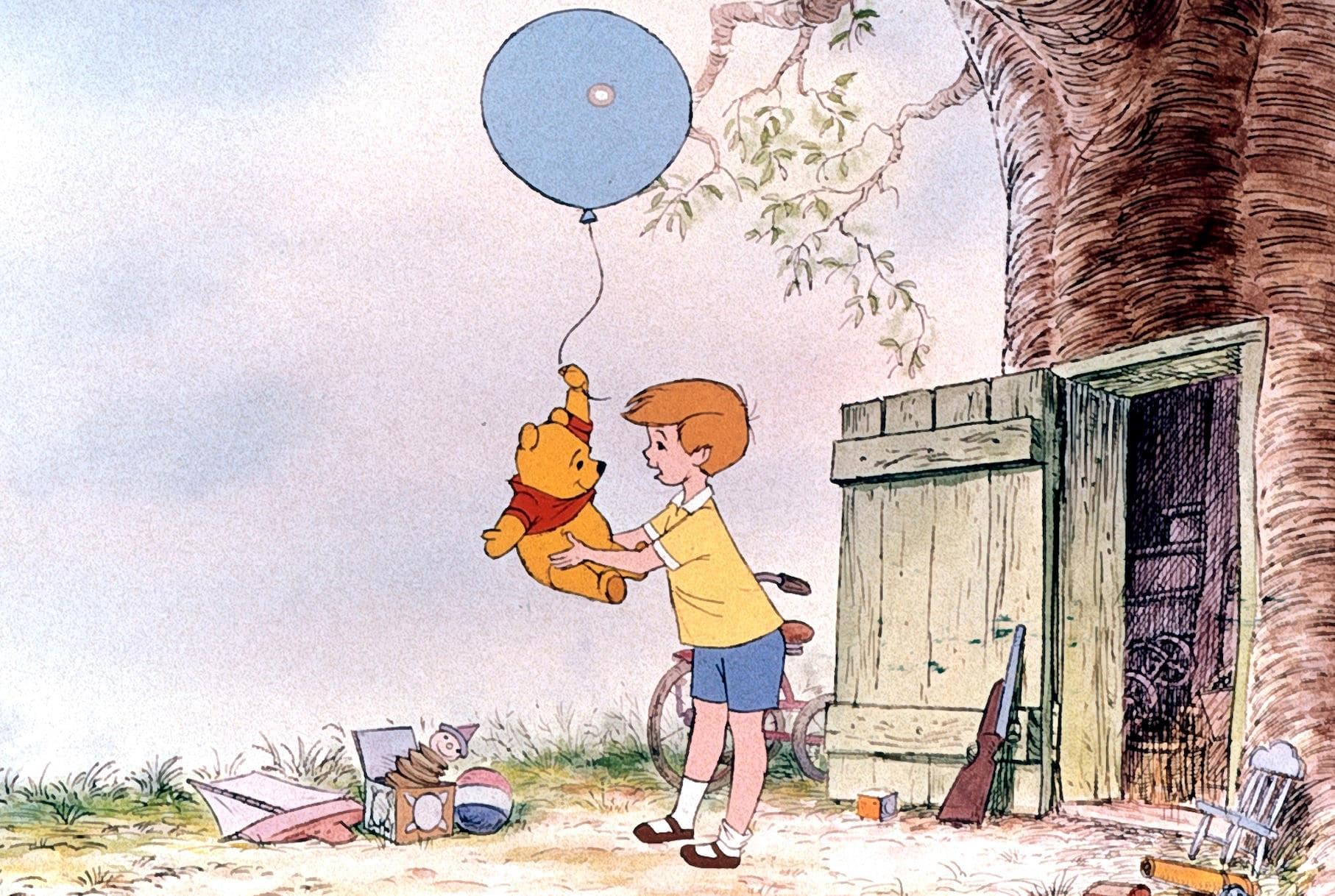 In ‘Pooh and the Second Millennium,’ John Tyerman Williams suggests that Pooh isn’t merely interested in talking about bears and bees. His song “enters into the ursine and apian natures.” Remember, whatever grows upon the oak is a gift from heaven. Honey is divine truth. We are expected to gaze beyond the word itself to the metaphysical. The tree reminds us of spiritual knowledge. The Tree of Life. Babel, per chance.

As Pooh ascends upwards, he thinks up another song.

“It’s a very funny thought that, if Bears were Bees,

They’d build their nests at the bottom of trees.

And that being so (if the Bees were Bears),

We shouldn’t have to climb up all these stairs.”

This is his Complaining Song, Milne informs us. It comes as a result of Pooh’s weariness. His weariness from a lack of discipline. And like Babel himself, he tumbles. 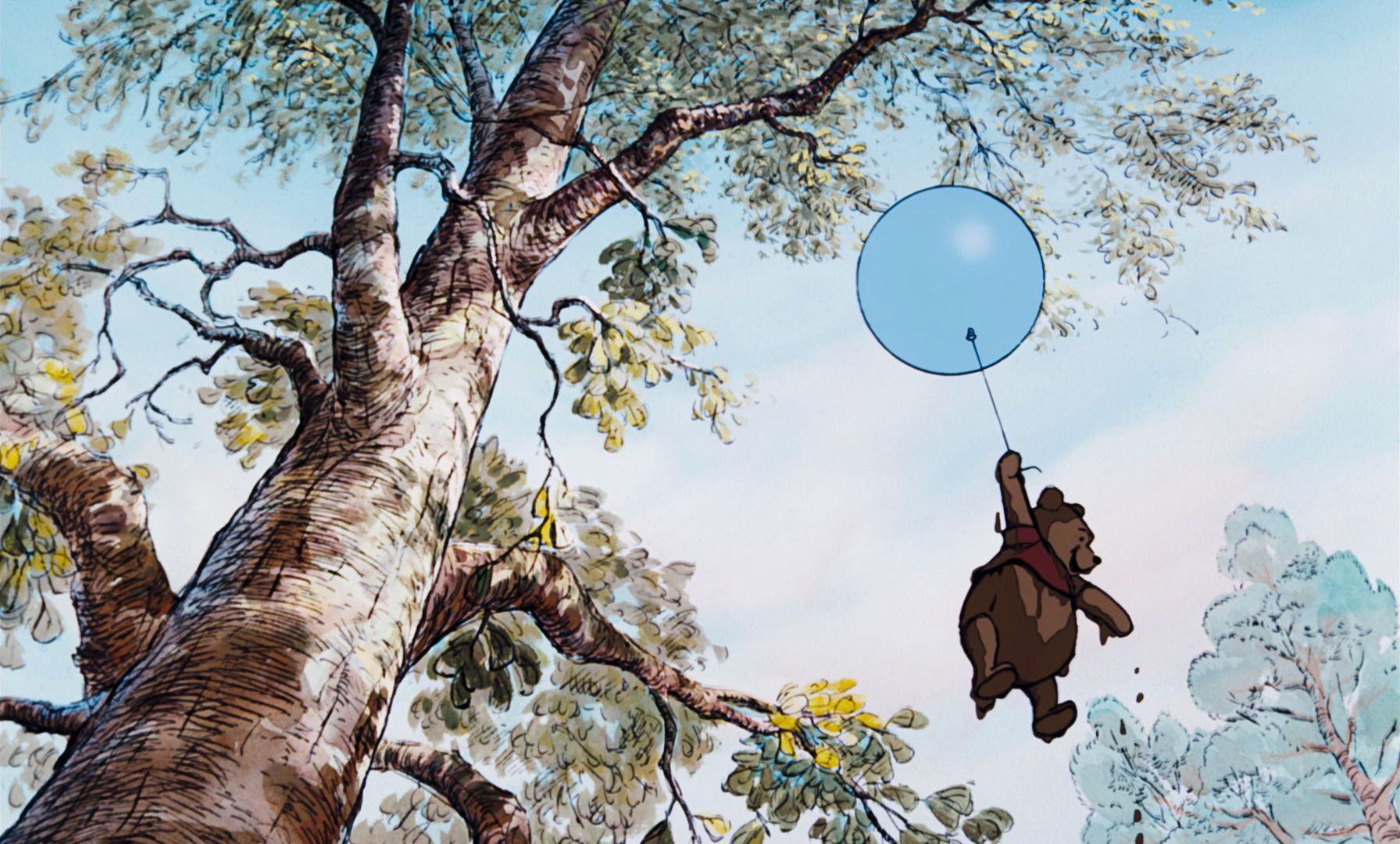 Should Pooh succeed in stealing honey from the bees, he will need to enlist help from “The Door Through Which Christopher Robin Is Known to Appear.” The next time, Pooh and the boy will deceive the bees into thinking he is a little black rain cloud. Though I am quite certain the initiate will publicly protest this point, theft and deception are important. After all, it was Arthur C. Clarke, inventor of the satellite, who reminded we skittish sheep: “Any sufficiently analyzed magic is indistinguishable from science!” The balloon reminds us of the astronomer’s technological wizardry over nature itself, or the magic of satellites and the imagery it evokes, as he ascends into the aethereal realm for that divine substance. 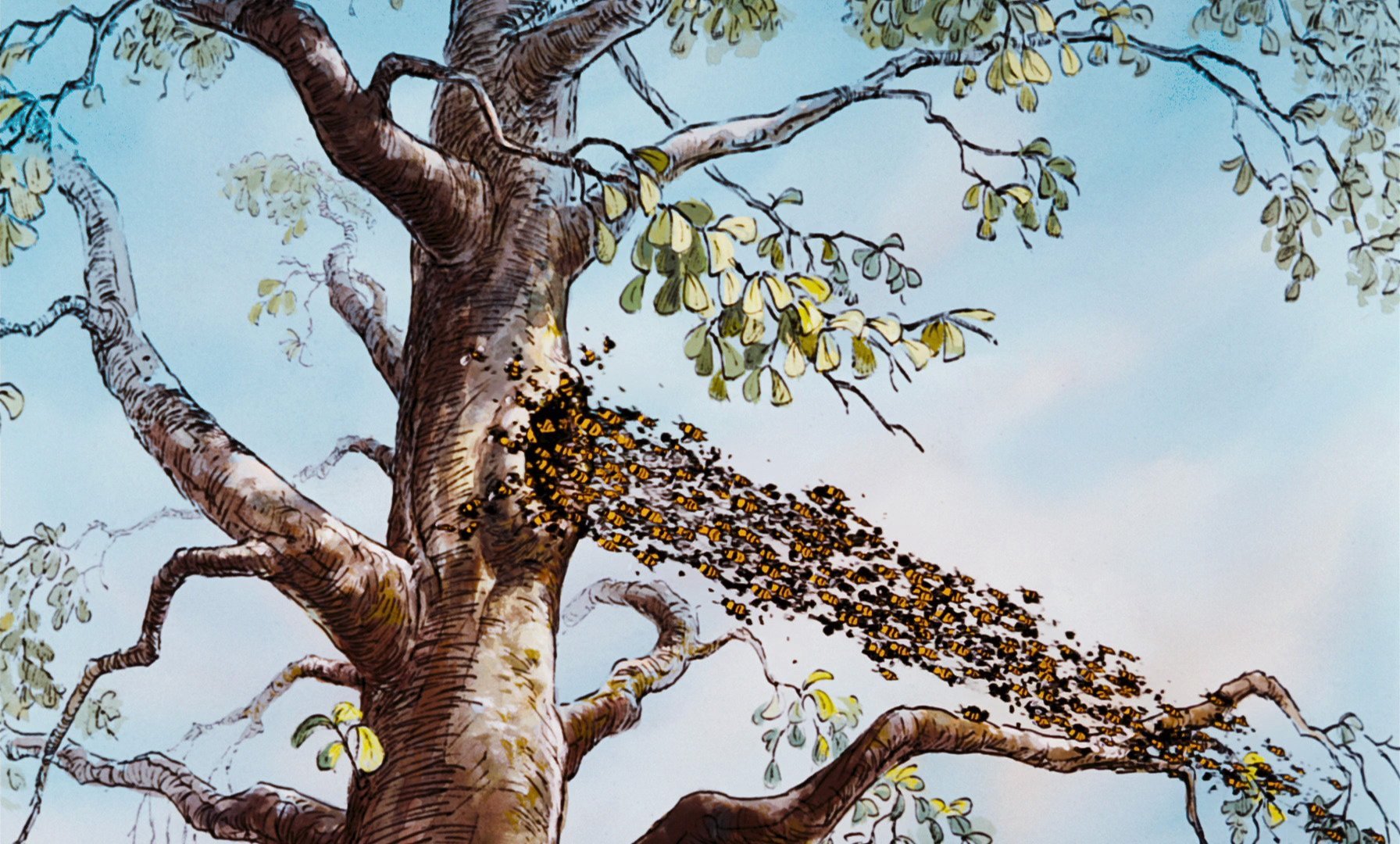 This is only the first chapter of Pooh’s adventures. The bear is a century-old bestseller. I am quite certain Milne has many more Mysteries to whisper.

Though Pooh is not shy in teaching and warning his reader of folly—personal folly—the knowledgeable sort will be cautious in concluding that Pooh is undisciplined, nor that knowledge can only be inferred from above. When Pooh set a Heffalump Trap, the Heffalump, Pooh predicted, “would fall into the Very Deep Pit, because he was looking up at the sky, wondering if it would rain or if it would stop raining.”

Pooh, you see, directs the neophyte to the knowledge available to him within. 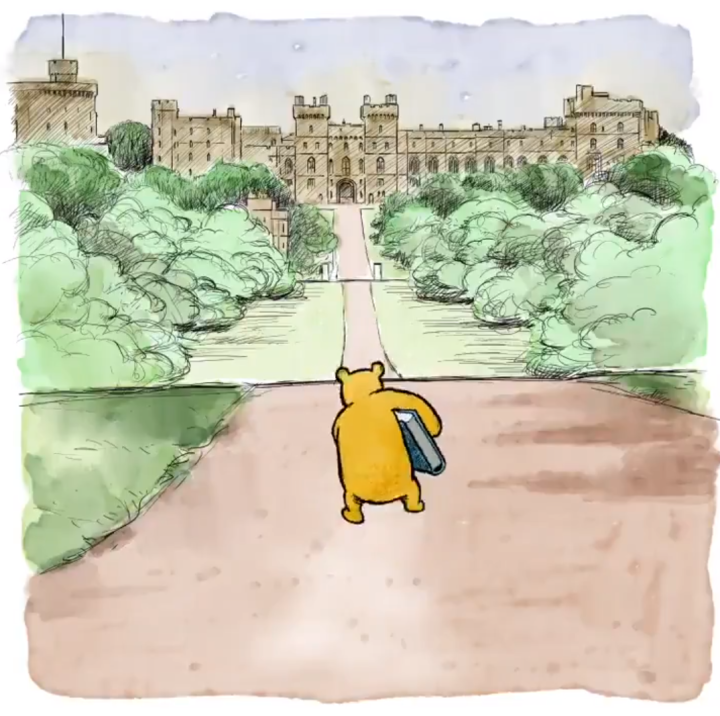 Wikipedia, “Winnie the Pooh and the Honey Tree”