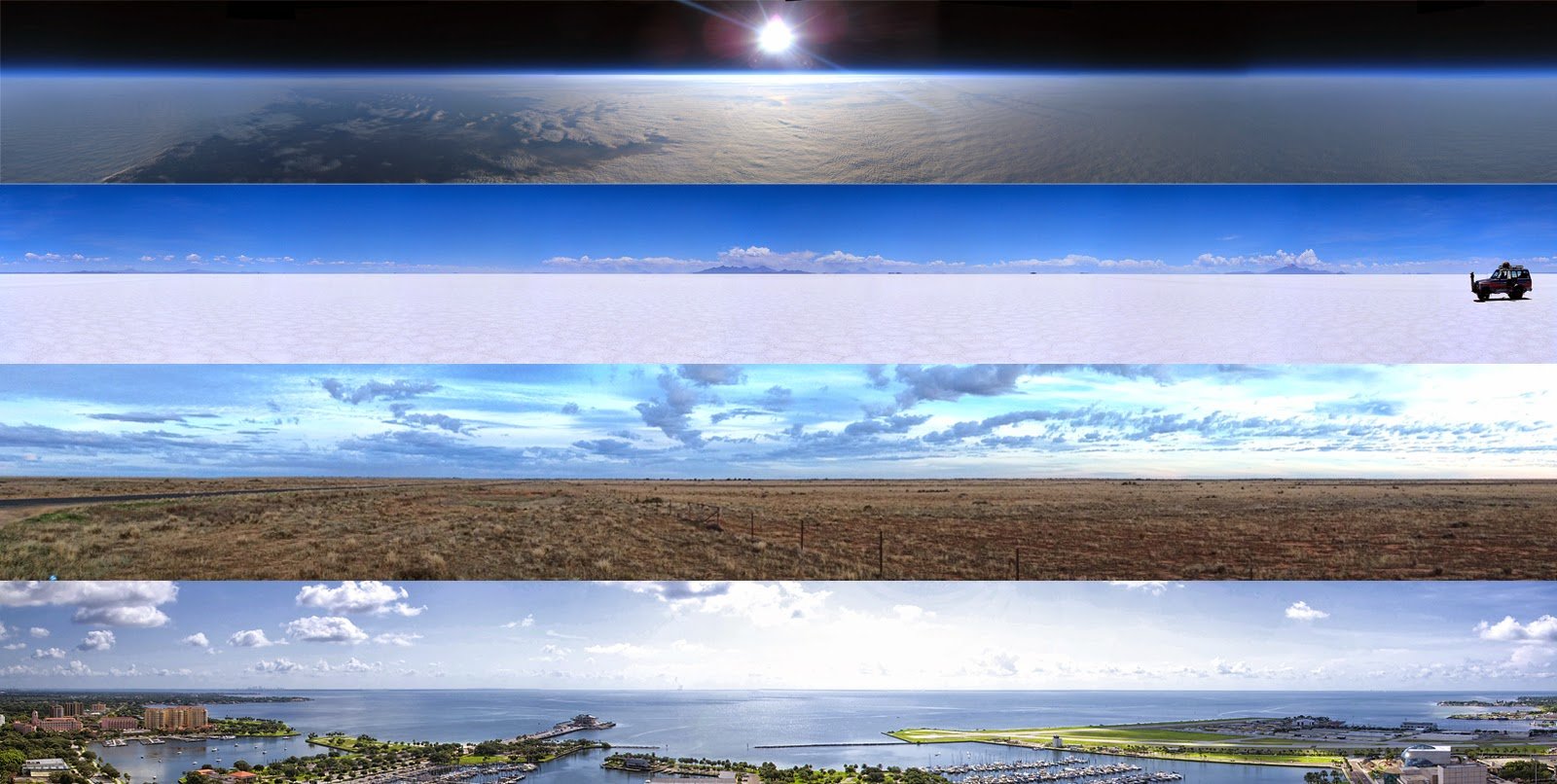 THE BIBLE IS THE MOST ACCURATE HISTORICAL and geographical document ever written, so why is its worldwide congregation of subscribers plagued with cognitive dissonance when it comes to what we can read for ourselves contrasted with what our pastors and church leaders are telling us from the pulpit? I’m going to draw a line in the sand. Either the Bible is true or it’s not. I’m not anyone’s judge. God alone is judge. But the Scripture states it plainly. If any of you claim the Bible is the inspired and breathed revelation of God Almighty and you advertise yourself as a man of God; I’m looking specifically at you church leadership and Pastors, then pick and choose what you’ll take literally at your own peril.

“Not many of you should become teachers, my fellow believers, because you know that we who teach will be judged more strictly.” James 3:1

The Spirit of the LORD is calling to his beloved. He knows who his children are, and he’s waking them up in droves. Again, I’m not anyone’s judge. God knows who His children are, and I don’t. But I do know the blinders are being lifted. This is a world-wide movement of the Spirit. He’s revealing to his children the lie that now is, perhaps because our time is short. And all I can do is gently nudge. However, if I sound feverishly fundamental about this, it’s because I see no other truth.

Laugh if you will, but this is another reformation. We’re not only reading and re-discovering the Bible for what it really says of God’s creation, but we’re observing with our very eyes that the earth is clearly not, and never has been, globe-shaped. Or as NASA now calls it, pear-shaped. Please, show me the curve. Go to Kansas and explain away the fact that an entire state is literally flat as a pancake. Show me one example where the surface of water can defy all observable tests and become arched with that curve. No, not on a chalkboard, not in some mathematical equation that only a handful of insider Elites claim to understand. We’re being tripped up by biologists, geologists, astronomers, PhD’s, and even the theologians. Please do your research and see for yourself that, for roughly four-hundred years, the church has been deceived, and in order to please the institutions of men we’ve willingly lapped it up. God is not a liar, and even now in the 21st century, His word remains true.

I’m sorry to break the news. But it’s really saying that. 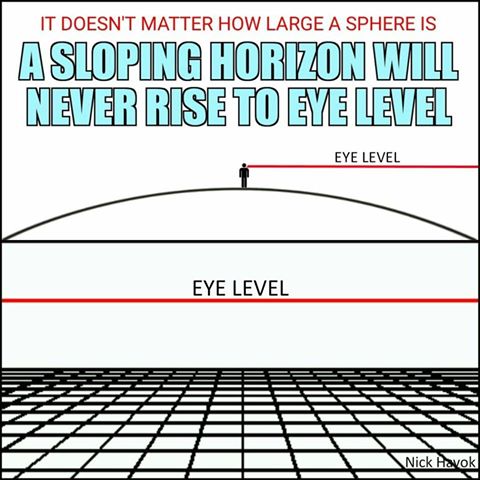 Does the Bible actually say the Earth is flat? I think so, sort of. Maybe. In Revelation 20:9, when speaking of Satan’s final assault on the people of God, it says: “They (Satan and the deceived) marched across the breadth of the earth and surrounded the camp of God’s people, the city he loves. But fire came down from heaven and devoured them.”

In the Greek, the actual word used for breadth is “platos.” Think plateau in French. The NAS Bible actually translates this as: “And they came up on the broad plain of the earth.” Either way, pick this apart all you want, I’m confident you’ll find in the whole of scripture that there’s one common theme, as the breadth of the earth is concerned, a geocentric one.

If you’ve been following my series so-far on THE BIBLICAL FLAT EARTH, I’ve been going to scripture to help illustrate how the scribes and the prophets who wrote our Bible, starting with Moses and ending with John, saw creation, as revealed to them by their creator. It’s geocentric. There is not one justifiable passage of scripture that gives credence to the Darwinian or Copernican gods of science. Rather, the Hebrews saw creation as an enclosed system: fixed in place, set on pillars, with a solid firmament over our heads. The sun, moon, and stars were below the firmament, with water above it, – heaven too. You can read about them here.

In today’s entry, The Biblical Flat Earth & the Four Corners of Creation, I’ll be outlining scripture that reaffirm the Hebrew’s belief in an earth that was immovable, set in place, fixed on its foundations, and with four literal corners, not endless directions on a globe. I’m simply going to lay out the scripture, because I believe it’s self-explanatory. I can’t stress this enough. God is not a relativist when it comes to our perspective, and He does not lie.

“But Noel….But the scientific method, but human wisdom, but the degree I’ve proudly framed on my wall, but you’re not a PhD, but you need scientists to interpret the Bible for you, but, but, but, but…..”

No more buts. I’m tired of your buts. They smell. As a church, and as individual disciples, who are we putting our faith in, man or God?

The LORD will not bring His servants to shame. Stand upon His Word as your foundation. And though the world will most certainly mock you, and though you may stand alone in your church congregation, He will lift you up. 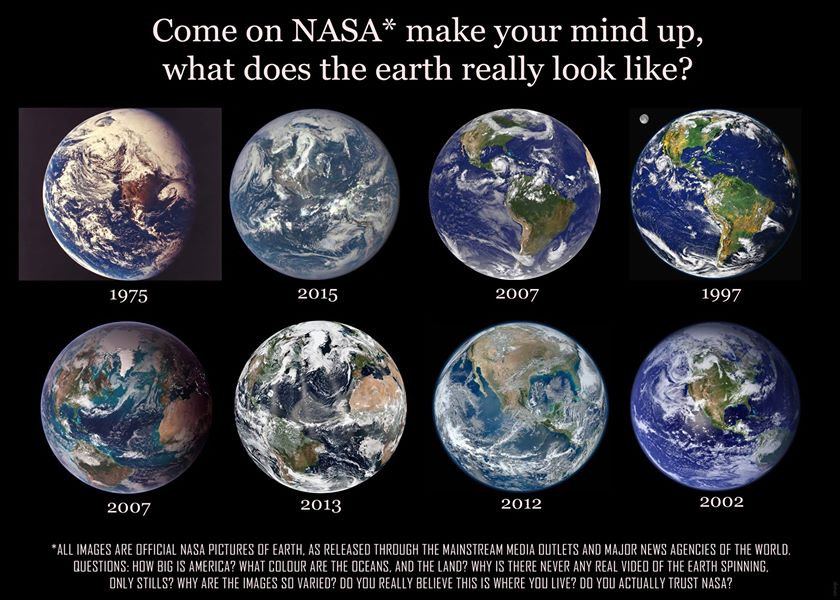 *So, according to NASA, North America either gained tons of weight or was on steroids in 2012. 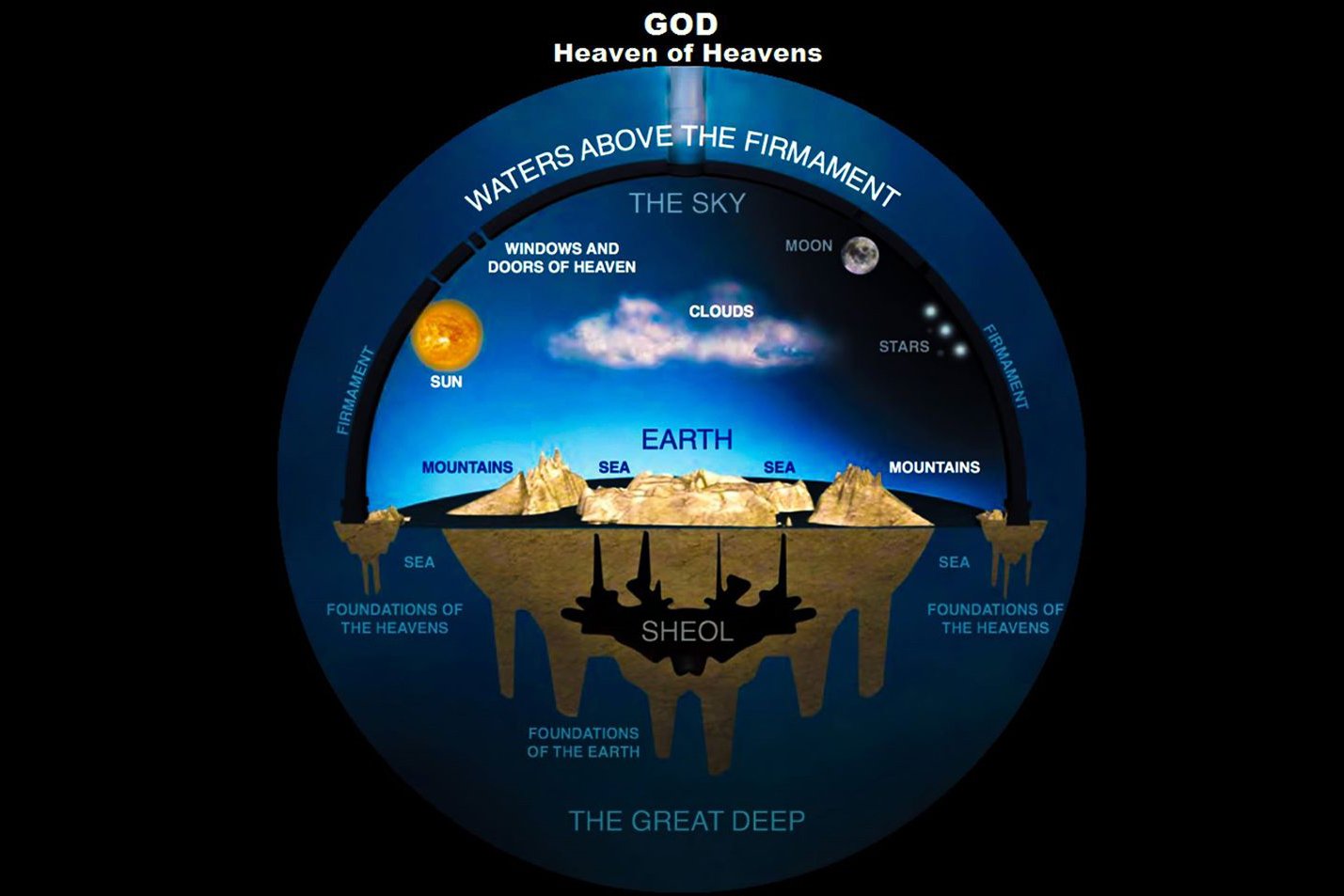 THE EARTH HAS PILLARS, AND IS SET ON FOUNDATIONS. IT IS FIXED IN PLACE, AND CANNOT BE MOVED

“And the sun stood still, and the moon stayed, until the people had avenged themselves upon their enemies. Is not this written in the book of Jasher? So the sun stood still in the midst of heaven, and hasted not to go down about a whole day.”  Joshua 10:13

“He raiseth up the poor out of the dust, and lifteth up the beggar from the dunghill, to set them among princes, and to make them inherit the throne of glory: for the pillars of the earth are the Lord’s, and he hath set the world upon them.” 1 Samuel 2:8

“And the channels of the sea appeared, the foundations of the world were discovered, at the rebuking of the Lord, at the blast of the breath of his nostrils.” 2 Samuel 22:16

“Fear before him, all the earth: the world also shall be stable, that it be not moved.” 1 Chronicles 16:30

“Behold, I will bring again the shadow of the degrees, which is gone down in the sun dial of Ahaz, ten degrees backward. So the sun returned ten degrees, by which degrees it was gone down.” Isaiah 38:8

“For thus saith the LORD that created the heavens; God himself that formed the earth and made it; he hath established it, he created it not in vain, he formed it to be inhabited: I am the LORD; and there is none else.”  Isaiah 45:18

“Then the channels of waters were seen, and the foundations of the world were discovered at thy rebuke, O Lord, at the blast of the breath of thy nostrils.” Psalm 18:15

“The earth and all the inhabitants thereof are dissolved: I bear up the pillars of it. Selah.” Psalm 75:3

“The Lord reigneth, he is clothed with majesty; the Lord is clothed with strength, wherewith he hath girded himself: the world also is established, that it cannot be moved.” Psalm 93:1

“9 O worship the Lord in the beauty of holiness: fear before him, all the earth. 10 Say among the heathen that the Lord reigneth: the world also shall be established that it shall not be moved: he shall judge the people righteously. 11 Let the heavens rejoice, and let the earth be glad; let the sea roar, and the fulness thereof.” Psalm 96: 9-11

5 Who laid the foundations of the earth, that it should not be removed forever. 6 Thou coveredst it with the deep as with a garment: the waters stood above the mountains. 7 At thy rebuke they fled; at the voice of thy thunder they hasted away. 8 They go up by the mountains; they go down by the valleys unto the place which thou hast founded for them. 9 Thou hast set a bound that they may not pass over; that they turn not again to cover the earth.” Psalm 104: 5-9

“27 When he prepared the heavens, I was there: when he set a compass upon the face of the depth: 28 When he established the clouds above: when he strengthened the fountains of the deep: 29 When he gave to the sea his decree, that the waters should not pass his commandment: when he appointed the foundations of the earth.” Proverbs 8: 27-29 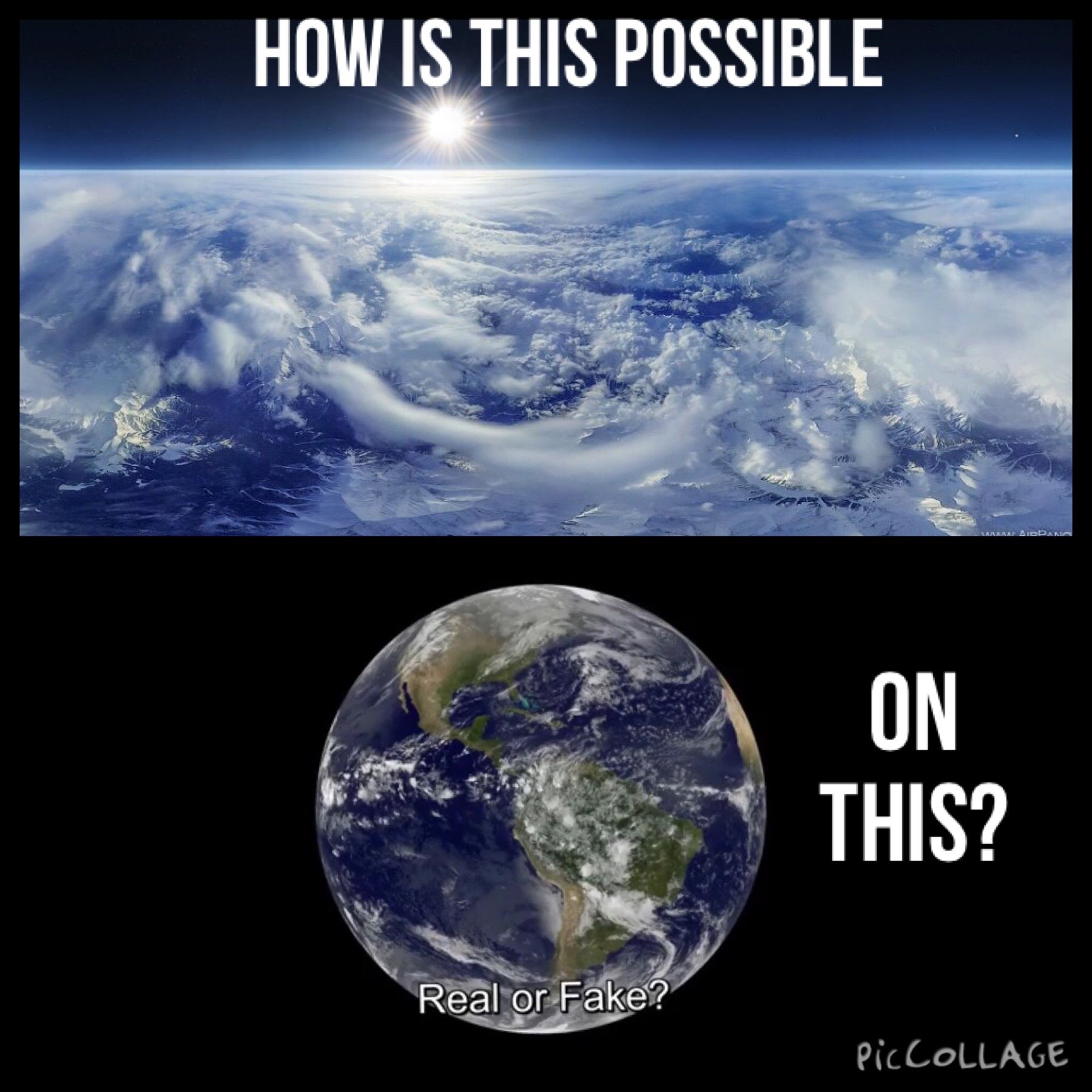 “And upon Elam will I bring the four winds from the four quarters of heaven, and will scatter them toward all those winds; and there shall be no nation whither the outcasts of Elam shall not come.”  Jeremiah 49:36

“Also, thou son of man, thus saith the Lord GOD unto the land of Israel; An end, the end is come upon the four corners of the land.”  Ezekiel 7:2

“I’ll say to the north, ‘Give them up’! and to the south, ‘Don’t keep them back!’ Bring my sons from far away and my daughters from the ends of the earth.” Isaiah 43:6

“And he shall set up an ensign for the nations, and shall assemble the outcasts of Israel, and gather together the dispersed of Judah from the four corners of the earth.” Isaiah 11:12

“It is he that sitteth upon the circle of the earth, and the inhabitants thereof are as grasshoppers; that stretcheth out the heavens as a curtain, and spreadeth them out as a tent to dwell in.” Isaiah 40:22

“8 Again, the devil taketh him up into an exceeding high mountain, and sheweth him all the kingdoms of the world, and the glory of them; 9 And saith unto him, All these things will I give thee, if thou wilt fall down and worship me.” Matthew 4: 8-9

“And he shall send his angels with a great sound of a trumpet, and they shall gather together his elect from the four winds, from one end of heaven to the other.” Matthew 24:31

“Behold, he cometh with clouds; and every eye shall see him, and they also which pierced him: and all kindreds of the earth shall wail because of him. Even so, Amen.” Revelation 1:7

“And after these things I saw four angels standing on the four corners of the earth, holding the four winds of the earth, that the wind should not blow on the earth, nor on the sea, nor on any tree.” Revelation 7:1

“When the thousand years are over, Satan will be released from his prison and will go out to deceive the nations in the four corners of the earth – Go and Magog – to gather them for battle.” Revelation 20: 7-8

“They marched across the breadth of the earth and surrounded the camp of God’s people, the city he loves. But fire came down from heaven and devoured them.” Revelation 20:9