IF THE EARTH IS TRULY 6,000 YEARS OLD, then consider the fact that main stream “Science” has pushed the globe Earth narrative for nearly half that long, even before Yeshua walked the Earth, and probably much longer. This is of course assuming the timetable presented to us is accurate. Just think about it. For nearly half of human history, the MSM has been making hit pieces against the flat earth.

Now that I’ve finally completed by next big project, The Unexpected Cosmology, I’m starting work today on my presentation for FEIC in Dallas. The Unexpected Cosmology of course will be premiered in Dallas. The topic as a whole is on the origins of globe Earth, and I plan to take us on a tour of its development in “spiritual” Egypt, specifically Alexandria, a place which [YHWH] has instructed us never to return to. But I really need to clarify what I mean by “origins,” because though Plato claimed to first introduce it, pushed the product, and then richly capitalized upon it, I believe the globe was an esoteric concept that reaches far deeper into the tentacles of Occult history.

And there-in lies the problem. Plato not only had loose lips. He plagiarized. To this very day the Occult criticizes Plato for revealing highly guarded secrets; secrets which had been tightly concealed in the Eleusinian, Babylonian, Bacchic, and Isis Mysteries for well over a thousand years.

Then consider that Socrates was suicided on charges of “introducing strange gods” and “corrupting the youth.” It almost reads like a newspaper headline today. 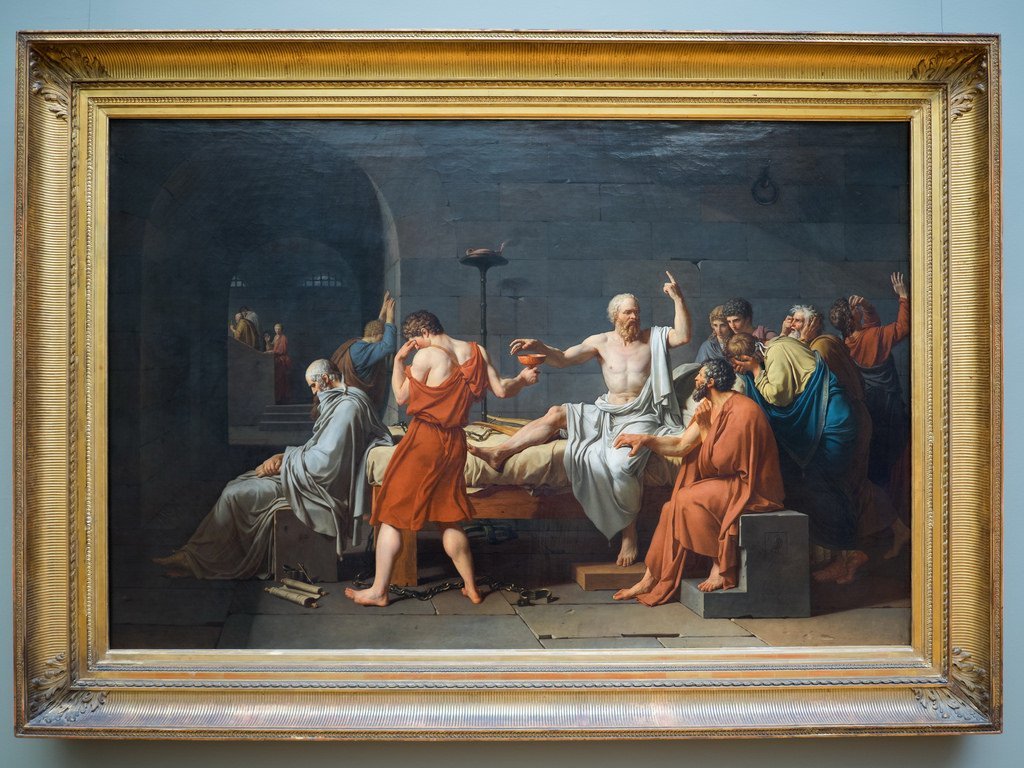 I’ve pondered the writings of Plato, with his words being accredited to Socrates, for a very long time, and I can’t help but think of the opening bank robbery scene in The Dark Knight, when everyone is instructed to kill someone off after they’ve done their job until only the mastermind is left. In a way, Socrates death reads like that, especially in how it’s publicized for the ages. The entire incident feels contrived or staged for the purposes of publication. Point is, and considering that many believe Socrates never existed to begin with, we may never get to the bottom of who was ultimately pulling strings. But perhaps that’s irrelevant to this discussion.

I know there are a growing number of you out there who believe just about everything of history is a lie. This may be true. I don’t necessarily believe this to be the case. Either way, I can’t rightly say. But one thing I know for certain, God’s Testimony is true. Psalm 119:105 has been my theme verse for many years.

Thy Word is a lamp unto my feet and a light unto my path.

Essentially, everything is darkness but [YHWH]’s guiding light, His Words. If all of history is a lie, then so be it. But even “official history,” as we now have it, is exposed as darkness when held up to the scrutiny of investigation through Scripture. So I see little other reason but to continue talking about the official narrative of “spiritual Egypt” and showing, whether biographical or fiction, it fails miserably short of true reality.

Keeping all of that in mind, it is with Socrates, through Plato’s writings, mind you, that we are first introduced to globe earth, ultimately as an “esoteric concept” for the Mystery religion Neophyte. I have written about this very topic throughout WORTHLESS MYSTERIES. Pythagoras may have taught globe Earth first in a University stylized forum, but his students were never allowed to write his teachings down.

Plato made globe Earth a bestseller.

This is something that I hope to cover in my presentation. Oh, and mummies. I’ll definitely be talking about mummies. It all ties together. I hope what I prepare for Dallas will be both informative and thought provoking.

Be kind to me, guys. This will be my very first public presentation.