SOME TWO weeks ago, Adam Fink called me up on the phone and asked if I’d be interested in baptizing. The upcoming event was being swiftly organized by his YouTube channel, Parable of the Vineyard, and was intended as something nationwide. It actually happened like this. Fink had only recently released a video declaring the necessity for baptism as a follower of Messiah. Using the Recognition’s of Clement, Fink demonstrated how Yahusha’s parable of the wedding banquet in Matthew 22, specifically the garments worn at the event, described clothing attire which could only be received through baptism in water. Being baptized isn’t an option.

The outpouring was immediate. Across the plane, the Torah obedient began writing in requesting such an event in their own hometown. Yom Kippur was soon upon us. The Day of Atonement. People wanted to repent and be baptized. And there was nobody else to represent on the East Coast, Fink explained. My very first inclination was to say no, and indeed I told him as much. But that’s only because my insecurities had set in and also because I had allowed decades of indoctrination to set in. Who was I to baptize anyone?

Fink gave me 48-hours to mull it over.

I slipped into bed that night and turned the lights off, but couldn’t sleep. Yahusha’s instructions were clear.

Therefore, go and make taught ones of all the nations, immersing them in the Name of the Father and of the Son and of the Set-apart Spirit,
teaching them to guard all that I have commanded you. And see, I am with you always, until the end of the age.” Amĕn.

And He said to them, “Go into all the world and proclaim the Good News to every creature.
He who has believed and has been immersed, shall be saved, but he who has not believed shall be condemned.
Marqos (Mark) 16:16-17

Again, who was I to baptize anyone? A disciple of Yahusha. That’s who. Cognitive dissonance nearly won the day. I laid there in the darkness thinking it over, and then reached for my phone and told Fink I was in. 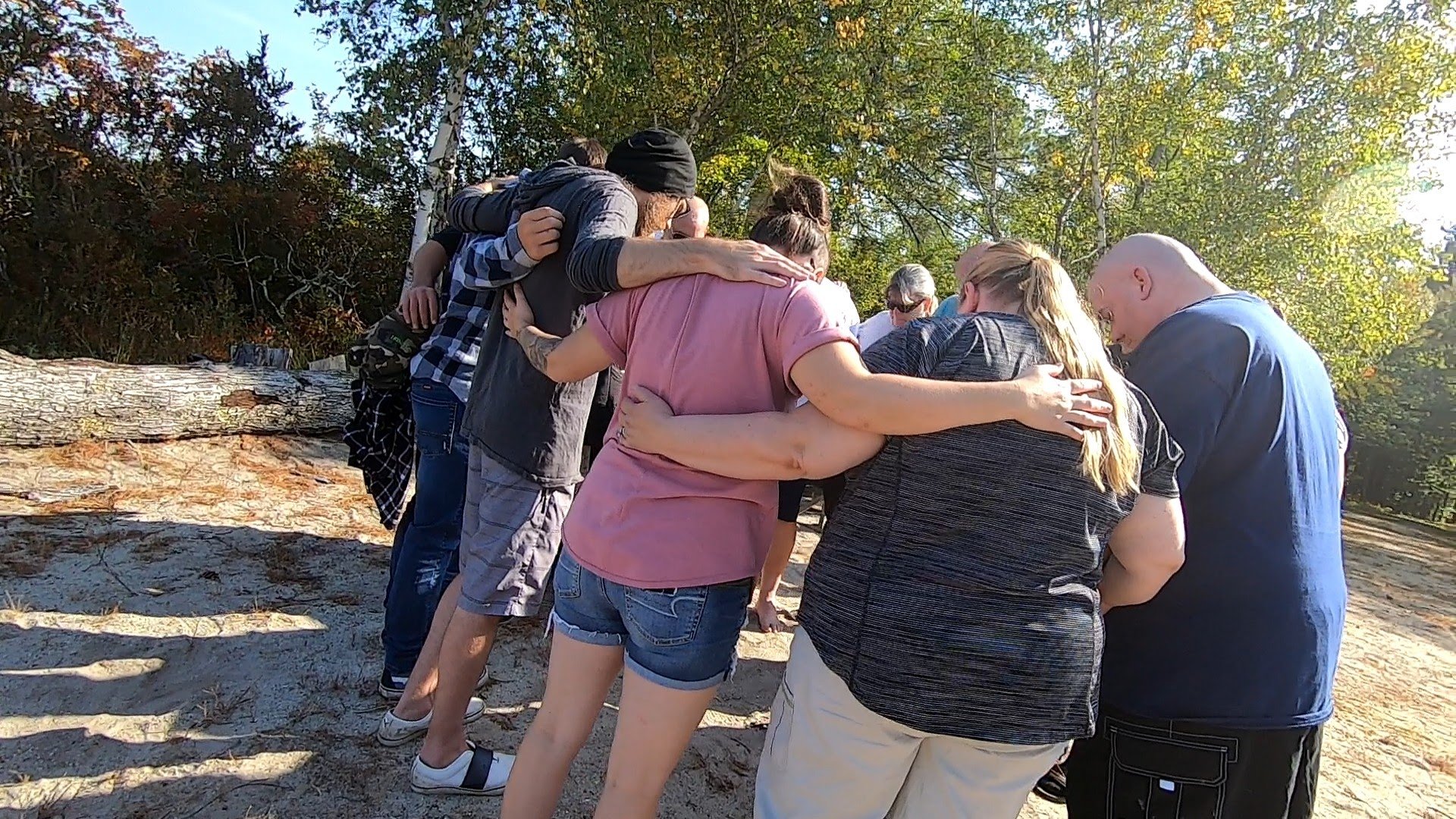 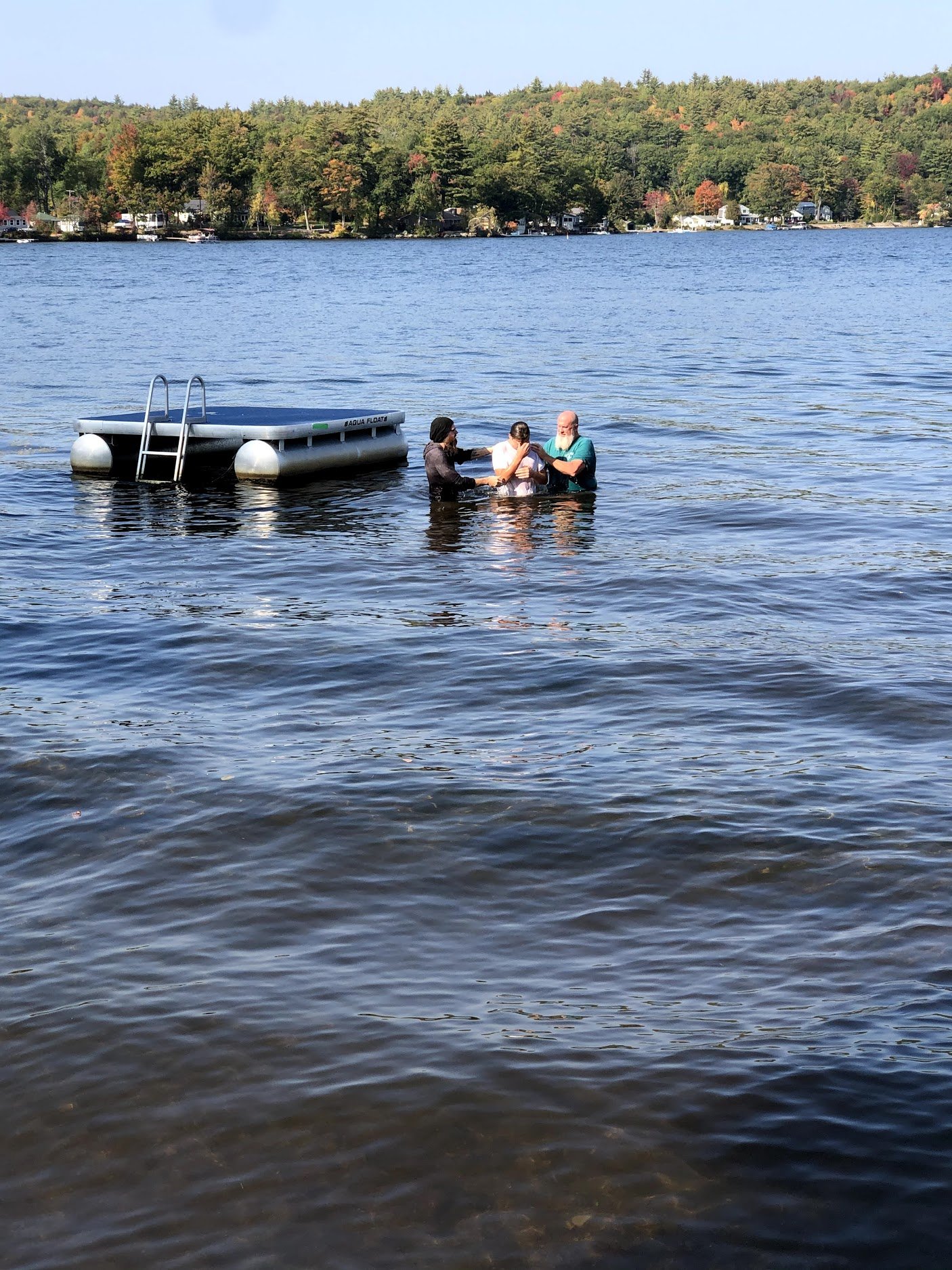 Nationwide baptisms were held on the 8th of Tishrei in cities across America. Coast to coast, hundreds waded out into the water. Alaska, Hawaii, Michigan, Texas, Colorado, Las Vegas, and the Ozarks, just to name a few locations. Jake Grant baptized. Steve Mourtria baptized. WesBlaze Jones and Lex Meyer baptized. In New Hampshire, my friend Dave Currier baptized. Currier is also website designer here at The Unexpected Cosmology. I’ve added a couple photos of Dave’s baptismal event above. Here in South Carolina, several Torah observant followers arrived, some driving from Florida and others North Carolina, in order to repent and be baptized in the name of Yahushua HaMashiach for the forgiveness of their sins and the receiving of the Ruach HaKodesh.

On Folly Beach, we were getting battered by waves. Video evidence will show that I nearly lost my bathing suit. But at the end of our ordeal, after every last person was immersed in water, and no matter how many waves the Atlantic hurled at us, everyone just stood there silently taking it all in, hoping to burn the memory into their mind. They said it was “a perfect moment.”

Messiah’s little flock reconvened at our house, where we fellowshiped late into the night. They had never met another Torah-observant person in the flesh before, and nobody wanted to leave. Some even brought their sleeping bags and crashed in the living room only to continue the discussion again over breakfast. We were all flat earthists too.

It was a beautiful weekend.

After hours of conversation, I sat around the table with a handful of new friends and deputized each and every one of them.

I said: “At the threat of killing the illusion, I’m not a pastor. I’m not a man of the cloth. I have absolutely no Seminary training, but I am a follower of the Most-High. I baptized you simply because Yahusha told his disciples to go into all the world and baptize, and now you’re to do the same. Baptize in the name of the Father, Yahuah, the Most-High Elohim. Baptize in the name of Yahushua HaMashiach His Son. Baptize a baptism of repentance for the forgiveness of sins and the receiving of the Ruach HaKodesh.”

Yahusha has given you the authority to do so. 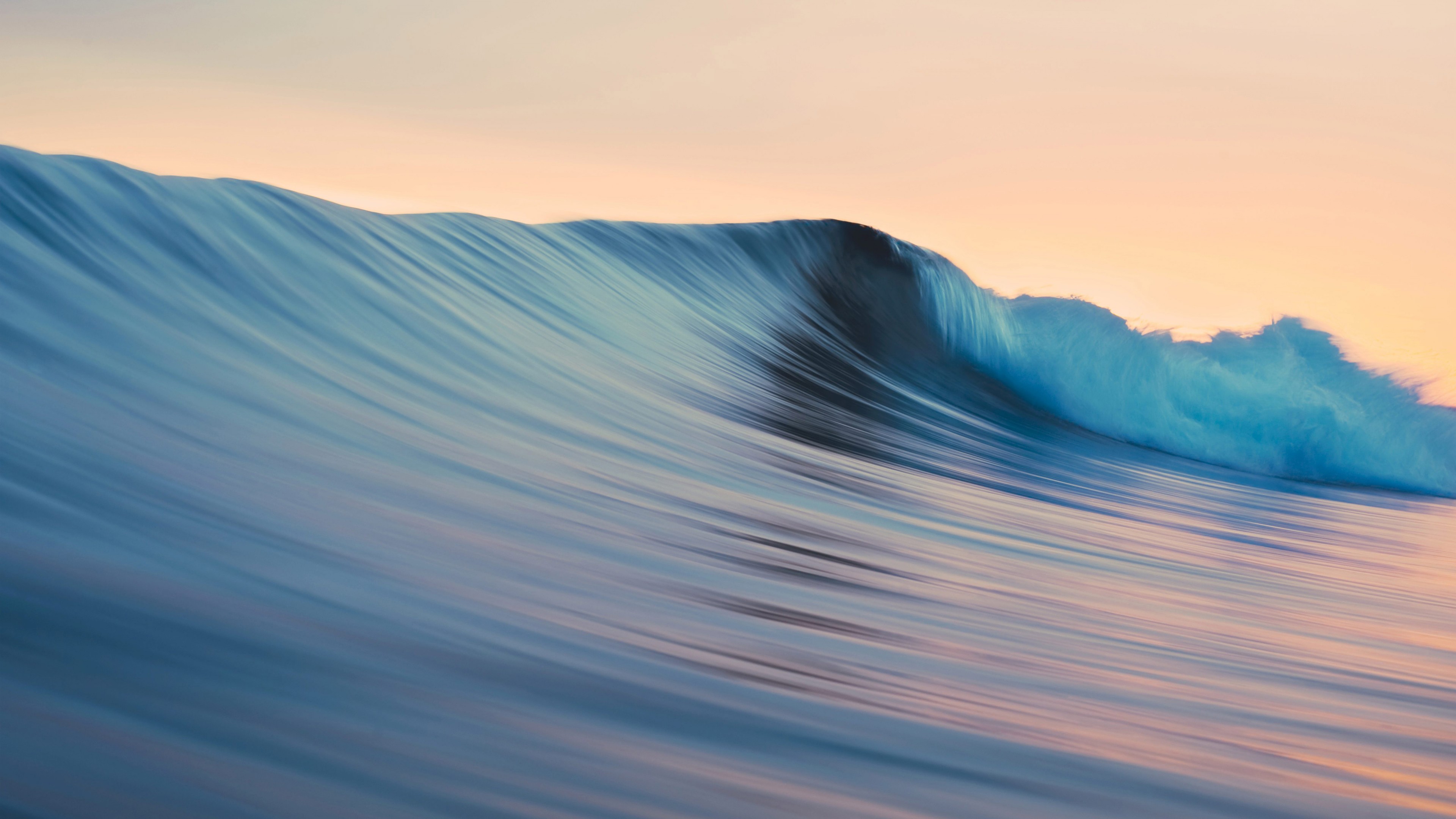