The Mud Flood Happened: Coming to Terms With the Human Reset 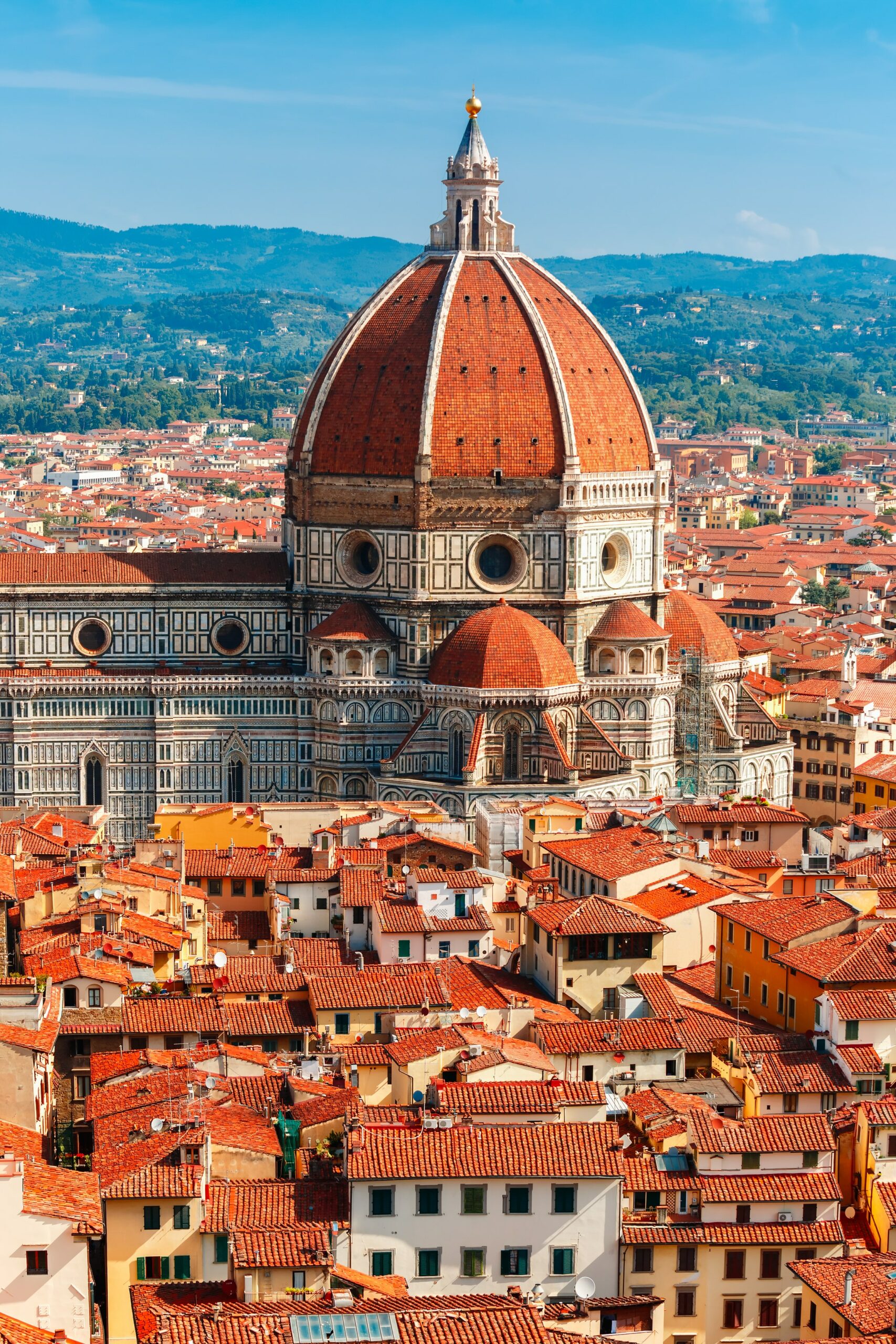 WHAT I should have said is the Millennial Kingdom of Messiah rather than mud flood. Both happened. And we need to come to terms with it. I’m not talking in the spiritual sense either. No, here at The Unexpected Cosmology, I don’t deal in sappy Hallmark cards or metaphors. It physically happened. The buried buildings across this motionless plane help to prove it. So, I guess you could say I have come to terms with the mud flood. It took a while, but after sitting on my gut instincts for well over a year, I finally went forward and declared my intent to investigate the literal reign of Yahusha HaMashiach upon this earth.

The article you clicked onto originally said none of that. It was only two or three paragraphs long and basically declared what was already written in the title, that we needed to come to terms with the mud flood. But like I said, even I hadn’t come to terms with it yet. Anyhow, I wrote the article nearly two years ago, and looking back upon it, I’m somewhat embarassed by my lack of investment. It’s also one of my heaviest read, in terms of internet traffic. Go figure. If I’ve poppped back in, it’s simply to let you know that my research has come a very long way since then.

If I could describe my research into the Millennial Kingdom + Mud Flood as anything, it’s problem solving. You know, trying to figure out how the pieces fit together. Also, in case you were curious, the pieces fit. The following papers should be worth your consideration.

Millennial Kingdom + Mud Flood and the Wastleands of the Seraphim

Millennial Kingdom + Mud Flood and the Return of  Rome

Millennial Kingdom + Mud Flood and the Odes of Solomon

I HAVE never been to Berlin, but I am told it is a mostly-uninspired city built upon the mounds of rubble left over from allied bombing during the Second World War. Makes sense. The Holocaust with a capitol “H” may be a fictionalized event, and the Nuremburg Trials a kangaroo court, but the fall of the Third Reich is a well-documented event. A hell of a lot of TNT was dropped over Deutschland.

My Illuminati-authored history textbooks that I was required to read as part of Big Brother’s baby-sitting services made plenty of mention of that event, particularly the Big “H,” while never once mentioning anything about a world-wide mud flood event.

And yet evidence is everywhere. 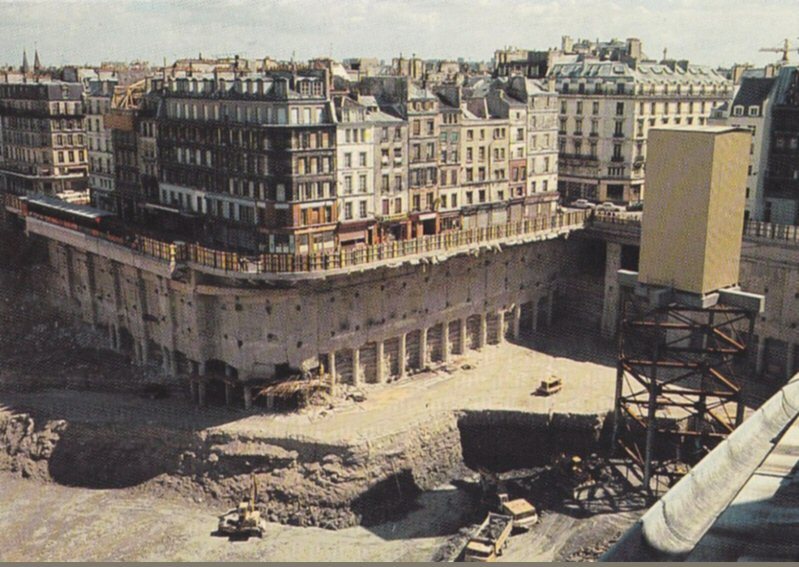 Never mind the paper propaganda. You’ve seen it with your own eyes. Just like the flat horizon. Pick any metropolitan city in Europe, Russia, or America with buildings 150 years old or older. Close your eyes and visualize the following: A row of bottom-floor windows partially buried below ground level. Or how about this? A street-level staircase which leads the resident downwards in order that he might enter in.

Admit it. You’ve seen countless buildings like this. Old buildings. Buildings not yet two centuries old, they claim—or older. And you walked right past them. Architects had weird hang-ups, you told yourself. You pushed the uncomfortable feeling aside with the thought of a movie or a book or a Hollywood diva—anything Illuminati sponsored. You thought about your job and your slave debts incurred from the Corporate government you call a country and serve—anything to ignore the irregularities and the glitches of home life on the slave plantation.

A building or a cathedral, even an entire palace, which appears to have part or all of its original ground-floor story embedded below ground is a tell-tale sign that the mud flood has been here. 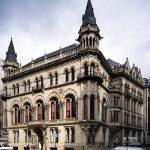 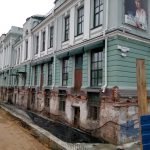 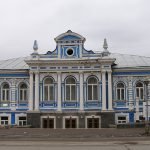 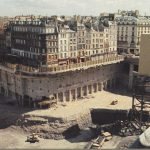 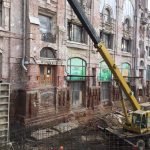 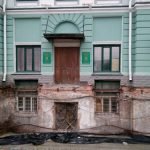 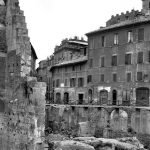 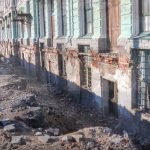 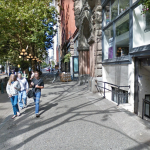 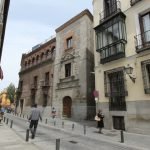 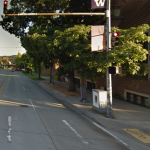 Like the fact that these underground windows are often included next to underground doorways and completely bricked over. But don’t pay any attention to that. You’re an idiot for thinking about that rather than tacos or ice cream, Netflix binge-watching, and your neighbor’s latest lawn mower. Haven’t you heard? They’re daylight windows. The Victorian people had a bawdy habit of building oversized windows and doorways leading to nowhere so as to add a little sunlight and storybook imagination to an otherwise dark room.

It’s true, you know. Entire buildings, cathedrals, and palaces, some of which are not nearly two-hundred years old (according to the official narrative) are provably buried under fourteen feet of soil. Entire cities, in fact. On every continent. All over the world. But you’re an idiot for noticing.

Have you fact-checked with Snopes yet? 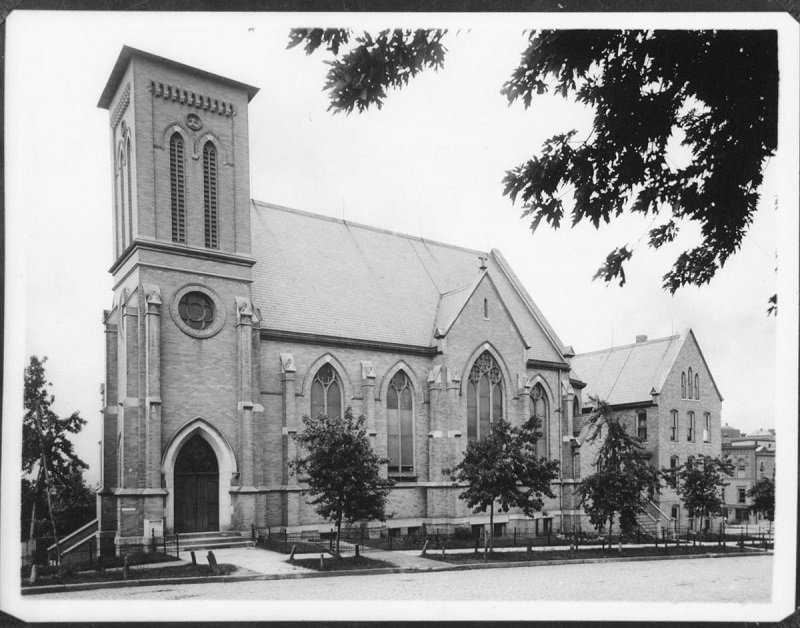 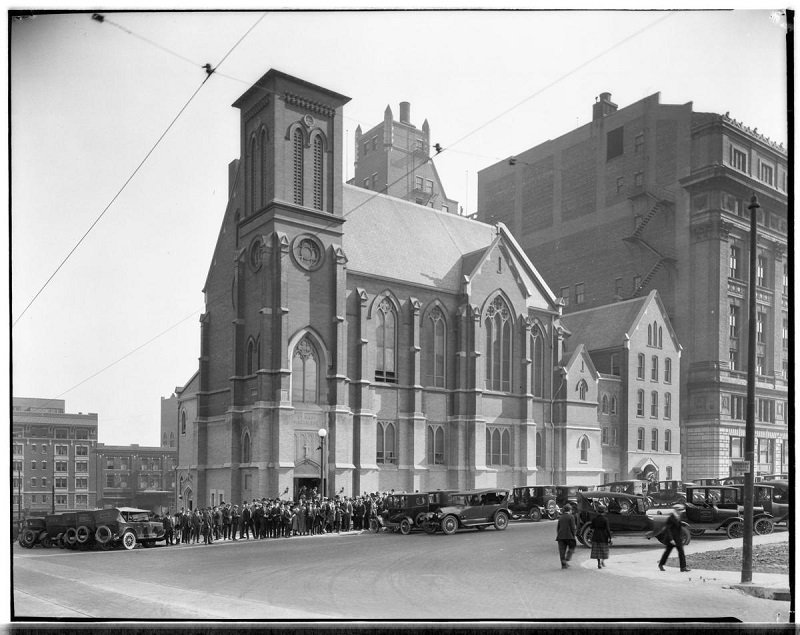 The official explanation is given by way of archeological Science. You see, the accumulation of dirt and debris outside your house apparently adds up to about fifty-inches every hundred years. Just ask an archeologist. Apparently, city dwellers on every continent across the Earth, in Moscow, the Czech Republic, Denmark, London, New York, Boston, Seattle, Oklahoma City, and Cairo, were too lazy to pick up a broom. They simply waited until the dirt had completely buried the front door of their cathedrals, business, apartment buildings, and homes before anyone considered bricking up the old and carving out a new entrance, albeit less grand than the first and one story higher.

There’s also the strange likelihood that most of those places include a major city-destroying fire. But that’s probably none of my business.

No need to worry, so long as you own a broom.

Makes you wonder why they’re not telling us about this, and what they’re hiding—and how in the world they were able completely reset the human experience. I know you didn’t ask, but I’ll give you my theory. Here it goes. After nearly five-thousand years in prison, the Watchers were released upon the earth.

Oh, never mind, there’s the bell. Class is over.

Have fun in third-period history. I hear your teacher has a doctorate in indoctrination. Oh, goodie. He’s covering the American Civil War and how freedom from slavery was a cause of it. Be sure to ask him about Tartaria. 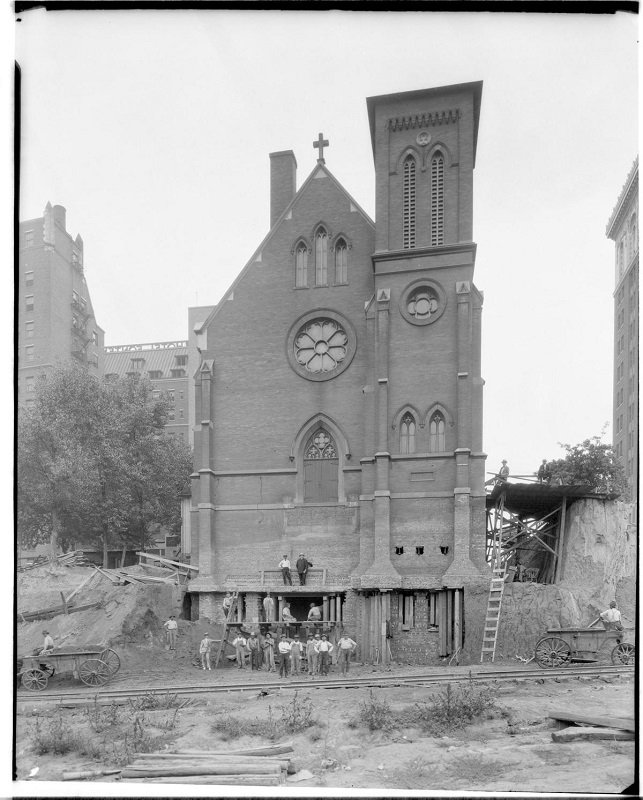