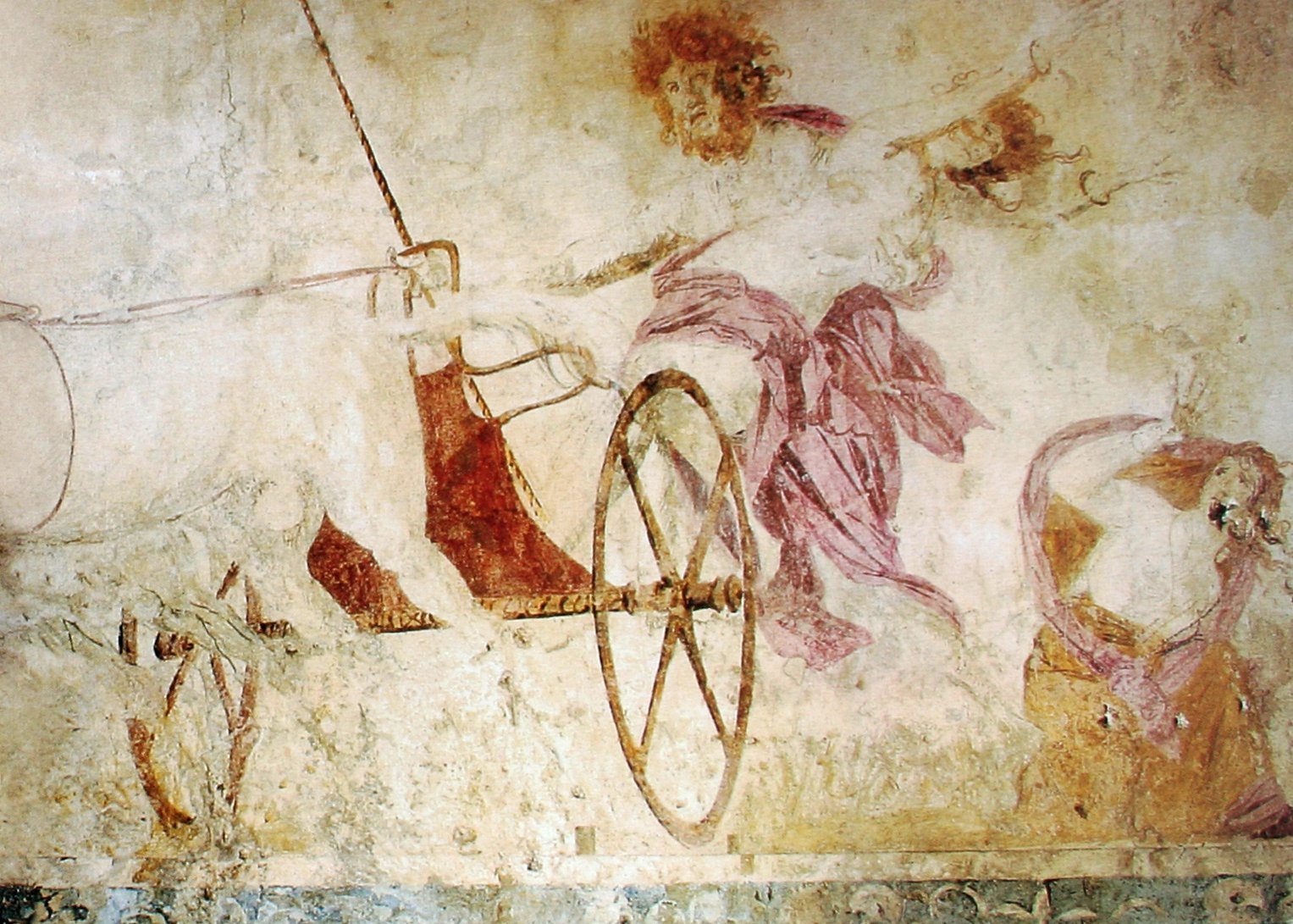 “The living are ruled by the dead” — Elysian Neophyte

SHE WAS MINDING HER OWN BUSINESS, PICKING FLOWERS on a spring day, when the young Persephone was brutally raped and abducted by a god. When she didn’t return home, her mother went looking for her. She too was a goddess. As she broadened the scope of her search, Demeter found herself wandering about the entire world, neglecting divine duties as she did so—and the earth suffered. Though the rains had assuredly arrived soon before Persephone’s carefree jaunt through the country, the advent of summer witnessed no grains or wheat. By this we can quickly conclude, not only was all of creation involuntarily punished for want of nourishment, but the gods were too. They were deprived of their offerings. Someone had to give.

It is for this very reason that, having learned of her daughter’s whereabouts in the underworld and imploring her Olympian siblings to demand release, they prevailed over Pluto, its king. There was however a slight complication. The naive Persephone, negligent as to the health of her own soul, had eaten of the forbidden fruit—six pomegranate seeds, in fact. Consequently, Persephone was liberated on one condition; that she must return in Pluto’s company every year for six consecutive months. Though Demeter undoubtedly delighted in her daughters’ presence throughout the remaining year, her annual sojourn resulted in inconsolable mourning. The harvest was plentiful, but come autumn, the earth once again fell into neglect. That is to say, whenever Persephone is returned to Pluto, winter falls upon us.

The Homeric Hymn to Demeter, written in the same heroic verse as the Iliad and Odyssey, and which was historically accredited to Homer himself, may be one of the most important poems ever written, despite the fact that it is rarely recognized by the educated soul today, and even less discussed.  But the story before us, essentially, at its most primal level, is the groundwork for the ancient Eleusinian mysteries. Named for the community in Attica where the sacred dramas were first presented, the Eleusinian mysteries captivated not only neighboring Athens, but the entire Greek speaking world for nearly two-thousand years.

The world of Homer consisted of but few men who could hope to attain the sort of godlike stature which his players were attributed to. Likewise, immortality was beyond their grasp—certainly not spoken of the self. It is Homer however, the blind bard from Ionia, who would extend the offer of self-salvation to humanity as an advantage of initiation.

That the soul is immortal—that immortality might be grasped within each and every neophyte—this is the Eleusinian mysteries and the Mystery religion as a whole.

There is an interesting passage in Hymn to Demeter where Demeter is prevented from transforming the mortal child Demophoon, a grain god, into an immortal soul—perhaps in hopes of undoing the mess in which the natural world had found itself, due to her haphazard grief. Her inability to perform the deed is relegated upon the fact that the child’s mother screams in protest, having witnessed Demeter attempting to immerse her boy into a stew of flames. If Homer’s subplot hinted at or sought to provide commentary on the widespread act of passing children through the fire in surrounding Mystery rites, sacrificially speaking, and that it was ultimately a means of immortalization, we are left with an unanswered riddle. 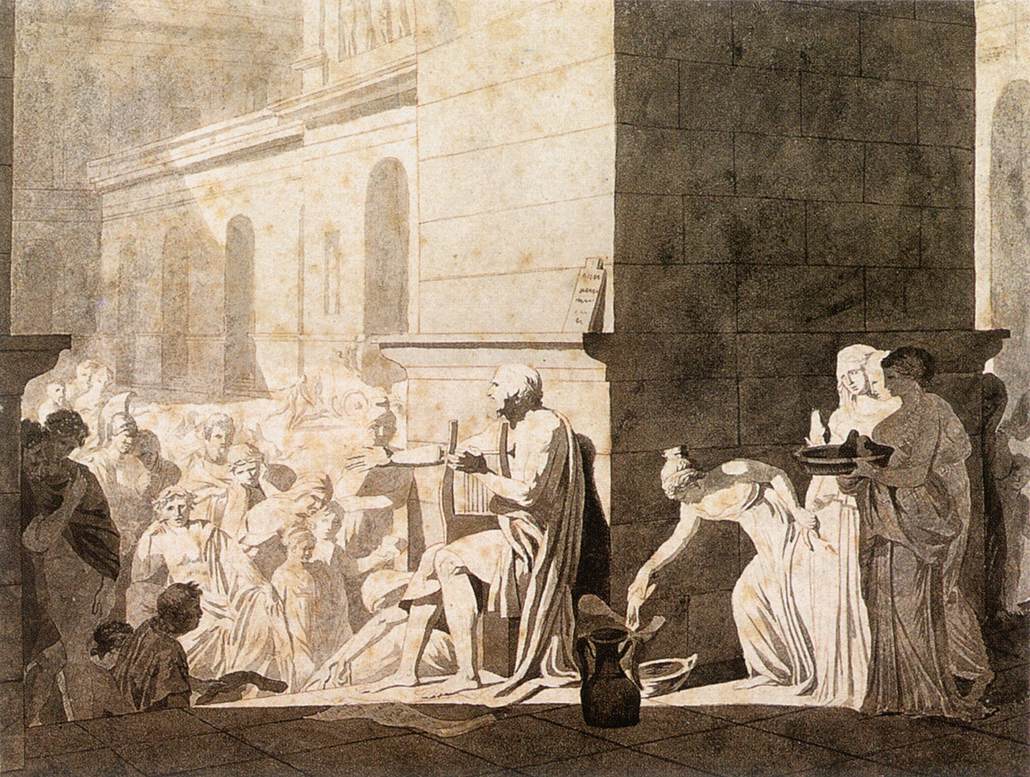 It is frequently commented upon by historians in every generation and rank that the Mysteries today still maintain, rather ironically, a cloak of mystery, despite her widespread practices in practically every human culture, and over multiple millennia on either side of Christ’s birth.

Well, let me rephrase that. We uninitiated do not know.

The fact remains, since the Eleusinian mysteries were courted with zipped-lips, with secrecy being held in the highest regard, no initiate openly spoke of them. Her secret rites were enacted with a spacious and rectangular, windowless structure near a cave believed to be the entrance to the underworld. The telesterion, as it was called, was designed for the purpose of darkly-lit, perhaps pitch-black showmanship, most likely for the purposes of a spiritual rave, complete with pyrotechnics. Aristotle said of the mysteries that the initiate did not learn anything academic during such initiations but rather experienced the mysteries in such a way as to alter their state of mind. The philosopher was no doubt referring to the barley brew exchanged between its participants, called the kykeon, and anyone’s best guess is that the cup was ramped with psychedelics.

It is probable that the Eleusinian held to third-eye principles—that his or her soul left the body during sleep, or more specifically, was made capable of lifting into the higher plane by the special training they received. Today we know this as astral projection. Many initiates, perhaps while feeling their way through the other side of darkness in the telesterion, claimed to have actually seen the living gods themselves.

Rather than acquiring outright philosophical knowledge, rites of Eleusis promised to deliver Nature’s most mystic and precious secrets—that is, acquiring the free gift of salvation first promised to us through the providence of divine beings. From Demeter we derive Mother Earth. The soul of man, symbolized by Persephone in the Homeric poem, finds “its true home in the higher worlds where, free from the bondage of material form and material concepts, it is said to be truly alive and self-expressive,” writes Manly P. Hall in The Secret Teachings of All Ages. “The human, or physical, nature of man, according to this doctrine, is a tomb, a quagmire, a false and impermanent thing, the source of all sorrow and suffering.” Though perhaps not outright philosophical knowledge of the divine, philosophical it would most certainly become—and more so, an entire world view. The Eleusinian mysteries were later vaulted by Platonism with such indiscretion that her principles, even her involuntary initiation, is available to all in modern times.

Besides, Persephone and Demeter can easily be attributed as a retelling of the Descent of Inanna in ancient Sumerian literature. “In some way,” writes Alan F. Segal in Life after Death: A History of the Afterlife in Western Religion, “we keep coming upon the same naked narrative structures, each time newly dressed in the interests of a new culture.” Then again, if the Mysteries of Demeter and later Bacchus, her Mysteries competitor, suspiciously compare with the rites of Isis and Osiris in Egypt across the Mediterranean, we shouldn’t be surprised. They all relate to the Garden of Eden; the forbidden fruit; the Watchers of Enoch. Manly P. Hall assures us, “there is every reason to believe that all so-called secret schools of the ancient world were branches from one philosophic tree which, with its root in heaven and its branches on the earth, is—like the spirit of man—an invisible but ever-present cause of the objectified vehicles that give it expression. The Mysteries were the channels through which this one philosophic light was disseminated; and their initiates, resplendent with intellectual and spiritual understanding, were the perfect fruitage of the divine tree, bearing witness before the material world of the recondite source of all Light and Truth.”

Quite contrarily for the unititate however, those who forsook entry into the telesterion and beyond, there was no hope. The gods had afforded a way. So when the gates of Hades opened wide for them, if they had put off their neophyte journey for a later date, or altogether rejected the offer, they were on their own.

In the Hymn to Demeter Homer wrote:

“Happy is he among men upon earth who has seen these mysteries; but he who is unititate and who has no part in them never has a lot of good things once he is dead, down in the darkness and gloom.”

For the Mystery school initiate, death itself was regulated to a rebirth—a rejoining with the gods in the firmament above. Plutarch dipped his pen into the parchment of the Mysteries in order to describe the moment of death when he wrote:

“The soul suffers an experience similar to those who celebrate great initiations… Wandering astray in the beginning, tiresome walkings in circles, some frightening paths in darkness that lead nowhere; then immediately before the end all the terrible things, panic and shivering and sweat, and amazement. And then some wonderful light comes to meet you, pure regions and meadows are there to greet you, with sounds and dances and solemn, sacred words and holy views; and there the initiate, perfect by now, set free and loose from all bondage, walks about, crowned with a wreath, celebrating the festival together with the other sacred and pure people, and he looks down on the uninitiated, unpurified crowd in the world in mud and fog beneath his feet.”

This is the very crux of the Eleusinian argument and precisely how Plato would later describe the body. Flesh and bones are a sepulcher of the soul. His very being, his physicality and nature, is nothing more than a sarcophagus. To the Eleusinian, birth into the physical world is death in the fullest sense of the world. Divine wisdom contained in the stars is likewise lost to us. If the soul does not rise above ignorance, if he does not acquire the hidden knowledge of his divine self, then he will be delivered over to eternal agony, being incapable of gratifying the desires of his sepulcher-self.

The Gnostics, as well as such classics as Dante’s Inferno, would pick up where the Mysteries left off, wrapping them up with sparkling paper and a bow for the Roman Catholic Church.

Continue to part 3: Alexander & the City of Immortals | Alexandria, Spiritual Bread and Butter of the World