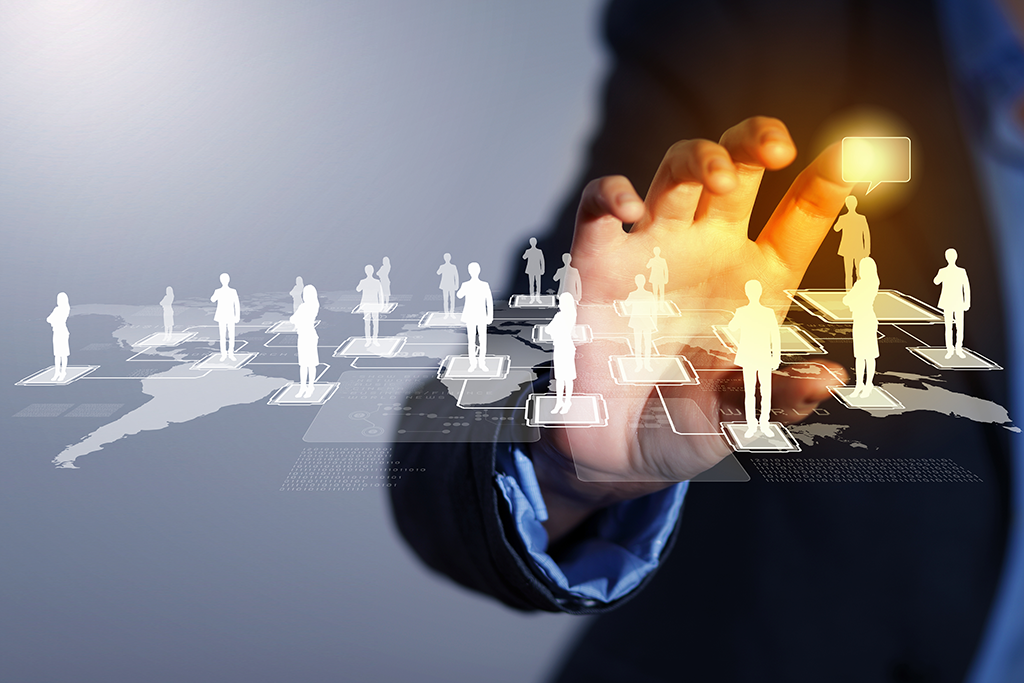 HIS NAME MEANS “JEHOVAH LEADS” IN HEBREW. But for Judas Iscariot, there is a rich irony here, because no other individual was more clearly led by Satan than he. Supposing a man returned to our present day by way of Einsteinian equations and mind-bending bewitchments of science—basically, employing the use of a time machine—having successfully beheaded Judas Iscariot with the blade of a Saracen before he could fulfill the prophesy of the Prophet Zechariah, I believe he would have a surprise or two waiting for him. I am convinced there’s nothing especially unique about the son of perdition—nothing at all. He is as they say a dime a dozen. Regarding the “familiar friend, in whom I trusted, which did eat of my own bread,” whom King David wrote of in Psalm 41:9; the time traveling assassin will no doubt have already discovered him replaced in the pages of history by another nobody as soon as he should return. And worse—after another successive roundtrip mission to the past and back, and yet another, and another, and still another, he will not only see Iscariot replaced again and again and again and then again, but will even begin to identify the many faces that make up Satan’s servant here in the present.

In a generation of morally outraged social activists, keyboard warrior movement pushers, self-proclaiming do-gooders, and ego-sensitive narcissists who appear solid as a prison turret on the outside yet frail and wisp-like as a-snot drenched tissue on the inside, our science-fiction protagonist will begin seeing the face of Iscariot everywhere. Particularly—and this is important—among his social media friends.

To be fair, the twelve disciples were not necessarily spiritually motivated—at first. Judas’ contemporaries likely thought of Jesus as an oriental monarch who would rid Israel of all that gave intellectual muscle to Rome—pagan occupation, Occult Science, and even Plato’s globe, which a successive line of Caesar’s enforced through the Mithraic Mystery religion—after the establishment of the Davidic kingdom. And yet they embraced, and would come to love, the true Messiah, yet whom—in the face of this reality—Judas would subconsciously hate. Knowing the identities of those “who should betray Him (John 6:64),” Jesus warned that there were some in rank who believed not. He furthermore claimed: “Therefore said I unto you, that no man can come unto me, except it were given unto him of my Father.” We read that “many of His disciples went back, and walked no more with Him (John 6:66).” The irony—and true treachery—is that Judas remained loyal to Jesus while others deserted him. But quite like those who openly deserted him, he never gave the Creator his heart. When Jesus taught about the spiritual dimensions of His kingdom, they became eager partakers, and if Judas felt abandoned, it’s because he remained loyal to the only kingdom he’d ever truly known or loved—his own. Essentially, the Apostles became sons of God while Iscariot tragically succumbed to a paradox. His was the sort of spiritual upbringing which can only be nurtured in the very kingdom of darkness which he zealously sought to suppress. 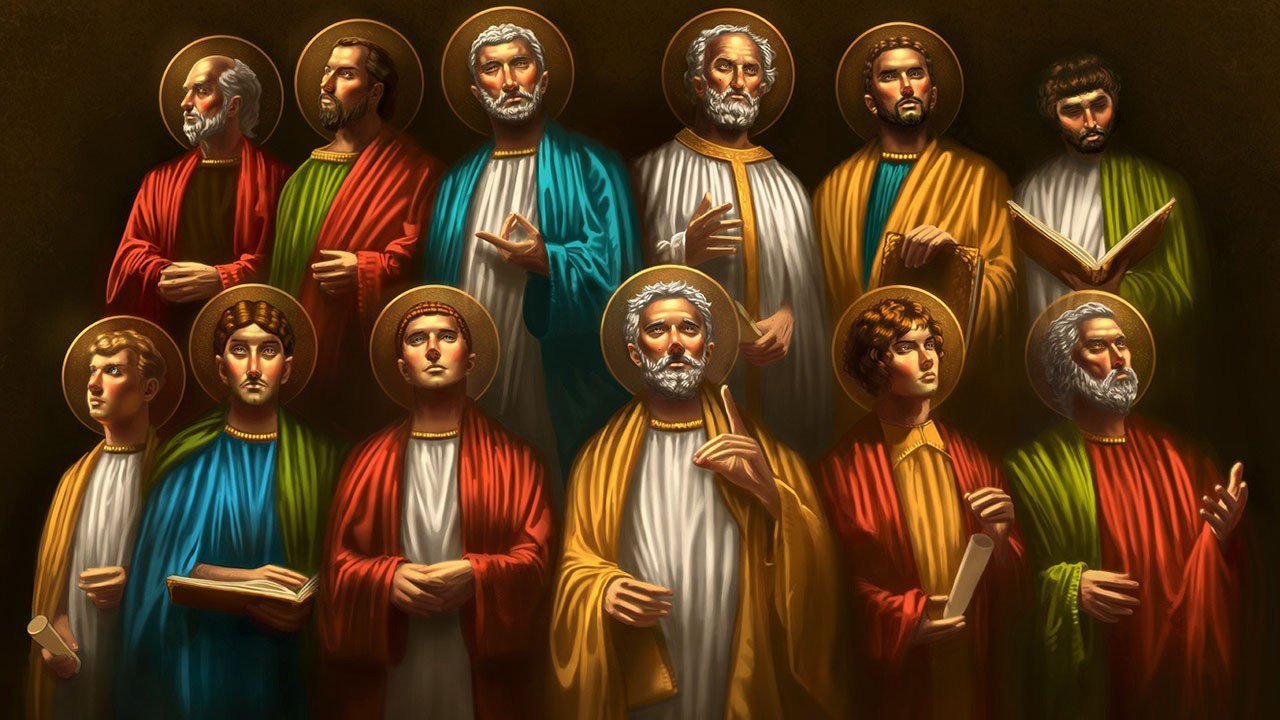 Why shouldn’t Judas have taken the money? Jesus was doing nothing to expand upon His own potential. Like most woken men, Judas wanted spiritual Utopia for the All of self. He wanted human freedom. He wanted the establishment to crumble—the Luciferian kings and their armies and their occult sciences and their monetary system, which secured the kingdom of darkness, to be exposed and overthrown. He was sick of the propaganda, sick of the lies and the deception. The glorious Gospel which the Spirit laid down for the age to come was simply not enough. When Roman law required a Jewish native to carry his equipment for an entire mile, should he be conscripted to do so, Jesus instructed his followers to go beyond the requirements of the law another mile. He even ordered them to pick up their cross and follow Him. The sort of change which the Gospel of Jesus Christ advocated spoke nothing of human rights. Judas had only one life to live, and like Joel Osteen’s book, he wanted his best life now. Servitude under the lordship of Jesus, as it turned out, stole his career, his success, his potential, and worst of all, his very life. Under Jesus and the workings of the Spirit which accompanied Him, true potential was suppressed—immorally so.

Let us not forget, publicly speaking, Judas was the ethical sort. Actually, he had a way of pointing out his own morality with enough dexterity as to deceive even the other eleven. John 12 records that Mary took “a pound of ointment of spikenard, very costly, and anointed the feet of Jesus, and wiped his feet with her hair: and the house was filled with the odour of the ointment (John 12:3).” It was Judas Iscariot, Simon’s son, who interjected with the sublimity of principled protest. “Why was not this ointment sold for three hundred pence, and given to the poor?”

This he said, the Apostle John is quick to add as commentary, “not that he cared for the poor…” And we shouldn’t be surprised of this, because in modern terms, while exhibiting the smug illusion of preening kosher superiority, Judas Iscariot’s feigned concern for the orphans, the widows, the diseased, crippled, and oppressed, was nothing more or less than virtue signaling. 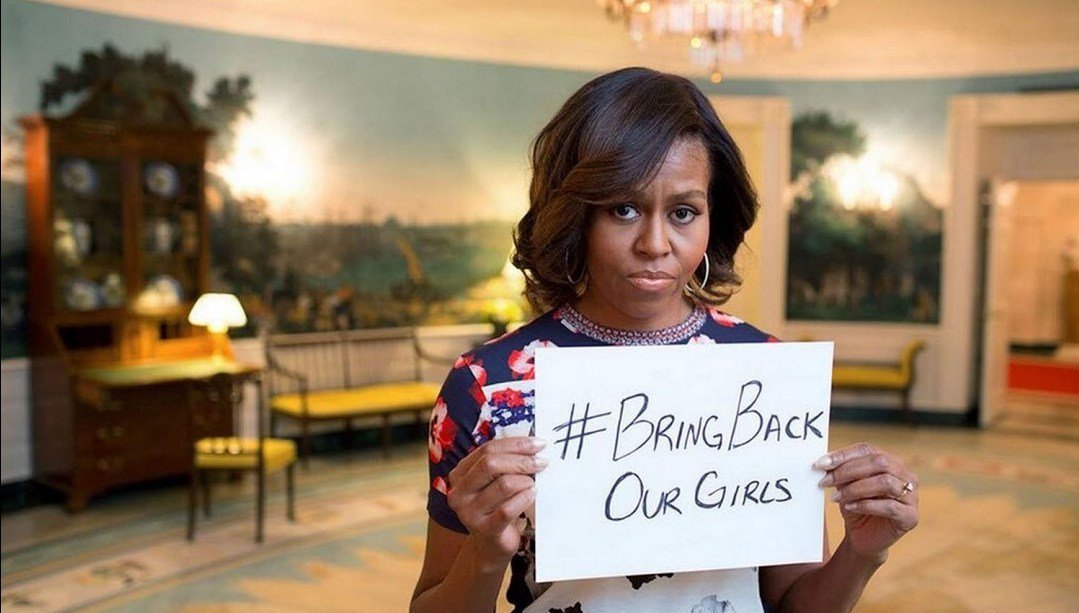 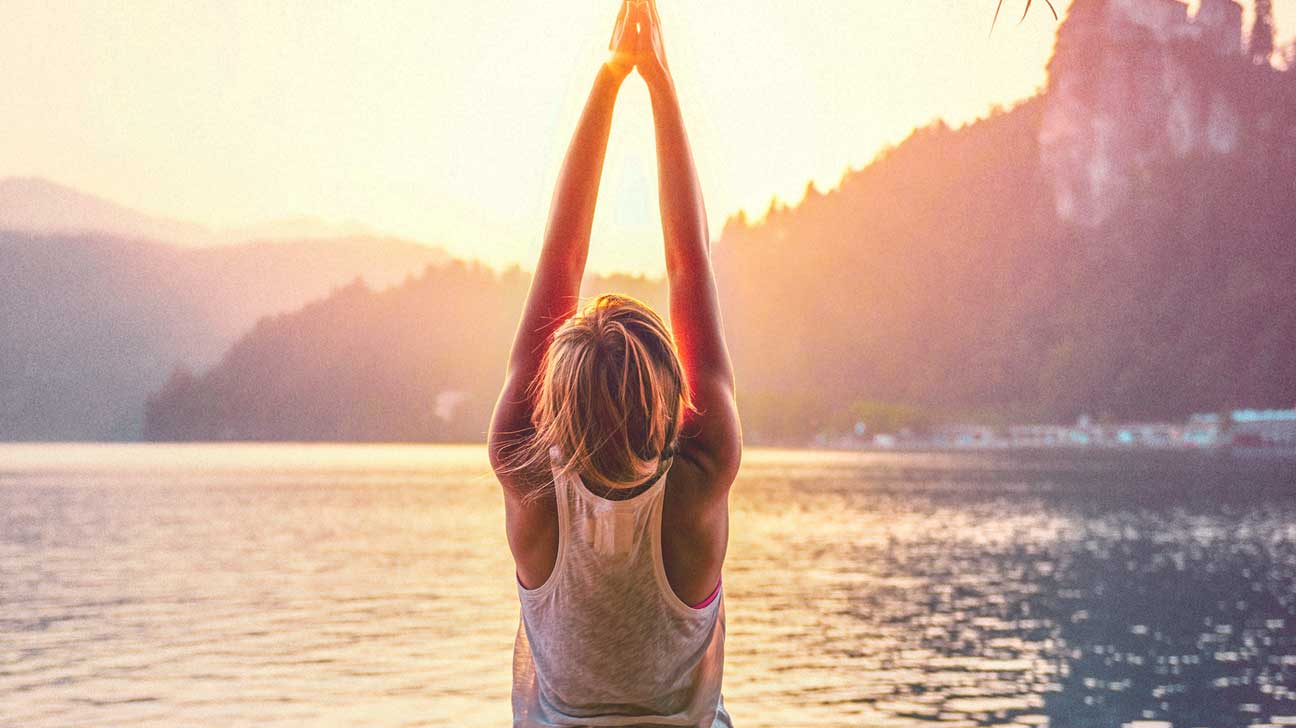 Today, were he updating his Christian pupilage for his online friends and followers on Facebook, Twitter, or YouTube, he might display pictures depicting all the right spiritual poses, or vent at the ever-shifting media-sponsored morality of the hour, even challenge his social networkers with the latest-greatest trending hashtags. He might masterfully exemplify a self-aggrandizement cloaked in humility. While his was a message of false-humility, employing lazy tools to condemn the political and religious opponents across the aisles as woolly thinkers and naïve, posturing himself in so many words: “I’m no big deal,” he would cleverly spin it with, “I’m the last decent person left in the world.” There is no call to repentance of the self. If there were, his mission in which everyone might gather on his side of the line, which has likely been drawn for him in the sand, would not be a success. He has no choice but to succumb to winning the approval of his friends by pandering to their lesser senses. Essentially, Judas mocked others with moral superiority.

And the Savior rebuked him for it. 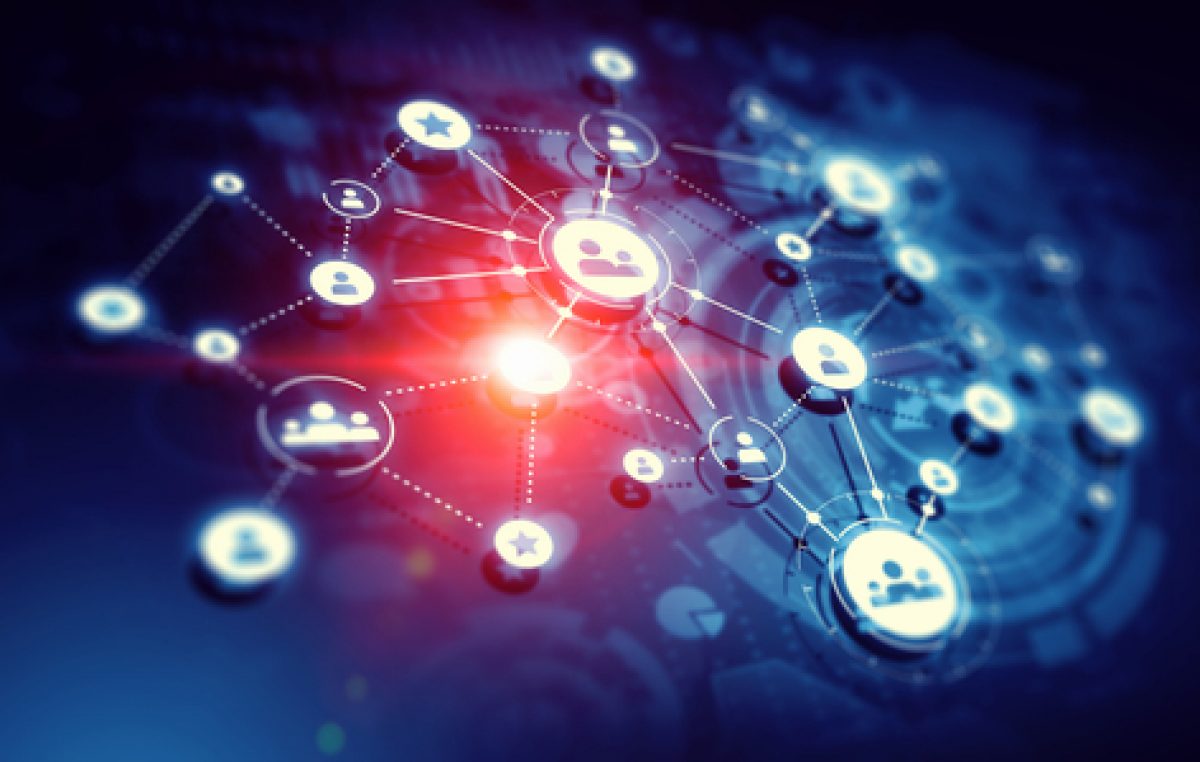 Yes, I am most convinced, Judas would do exceptionally well today in a world saturated with social media, and would even surround himself with many like-minded friends, those of whom desire a menu beyond the ingredients of the Gospel. By advertising a kingdom of little flocks, Jesus foolishly dismissed mega-churches. And though it may be true that Judas wanted his own personal Jesus for himself and for others—for his children, grandchildren, and his grandchildren’s-children—he also wanted a movement.

In today’s terms, he likely dreamt up star-studded conferences, book deals, media exposure, all the Facebook likes and YouTube subscribers his quirky and crowd-pleasing posts or monetized videos could muster. Even here in the “Truther” community, the spirit of Iscariot exemplifies the ongoing and unquenchable religion of Babel, which seeks men in every avenue and discipline of life throughout all generations to gather together in order that they might “make a name for themselves.” When the hammer falls on Plato’s globe and Mystery Babylon which sponsors it—whether taking turns at the podium or interlocking arms together on the street or through the ecumenical Jacuzzi found in chat rooms—his kindred most certainly hopes to find themselves at the head of the table. And the best part is they can accomplish all of this with a select few verses while bolstering them in Jesus’ name. 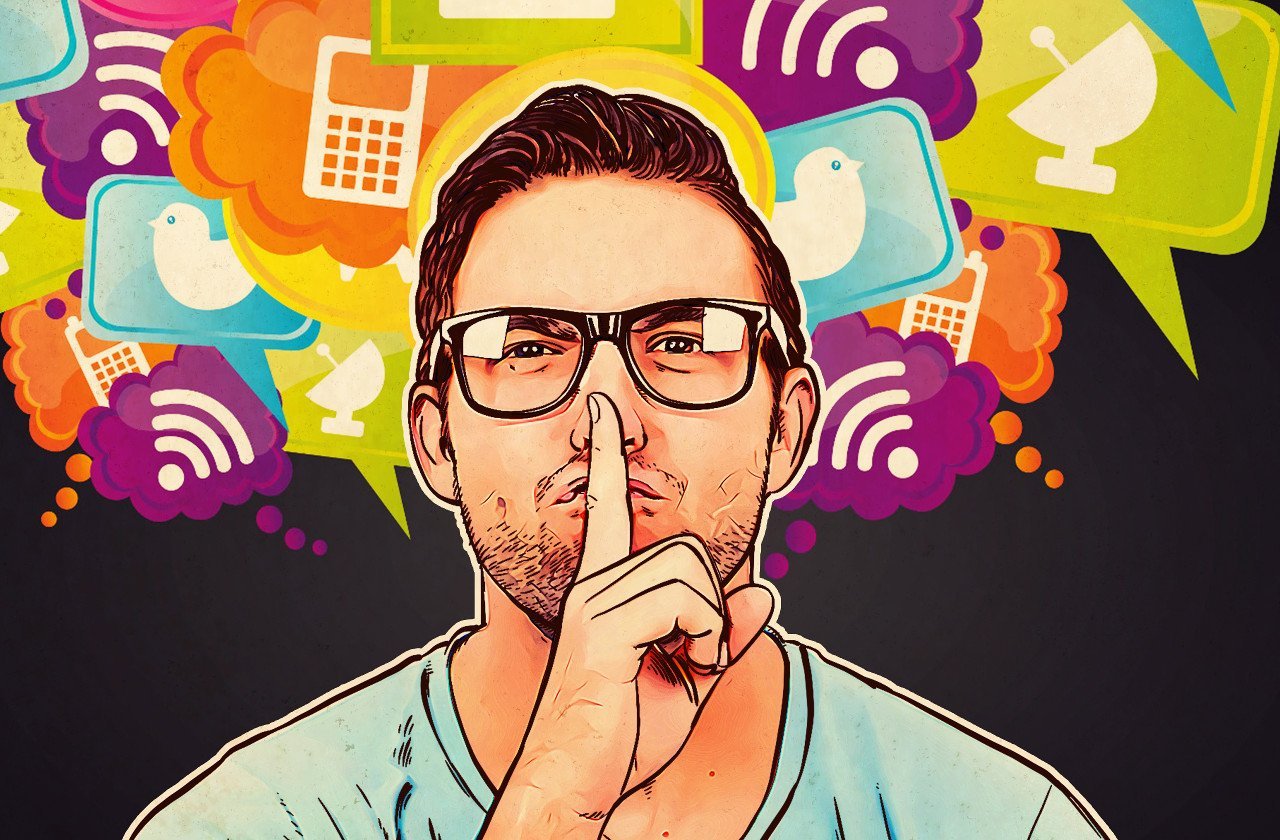 I cannot think of a more dreadful phrase than to stand before the Lord, having mustered a lifetime of prosperous words, and hear: “I never knew you; depart from Me, you who practice lawlessness!” (Matthew 7:23) This thought alone should bring us pause. It is a warning for the ages. Take it to heart. Let us kneel before our Lord in all humility—far from the ears and the eyes of social media—and exhibit an honest and true fear of God. Let us interrogate ourselves, with the Holy Spirit as our confidence, and ask the Lord to correct our false actions. And where Flat Earth is concerned, may it be peopled by the penitent sort, brothers and sisters in Christ who undress its lack of curvature far beyond the skin-depth of Eratosthenes sticks and Pythagorean Theorems. Rather than lazily shifting the blame on easy targets for the covetous applauds of our contemporaries, let us not hide under false pretenses in order to justify our misguided actions. Flat Earth is not a movement of God.

For the Judas Iscariot of all ages and every shape of the Earth, Jesus is his ends-means.